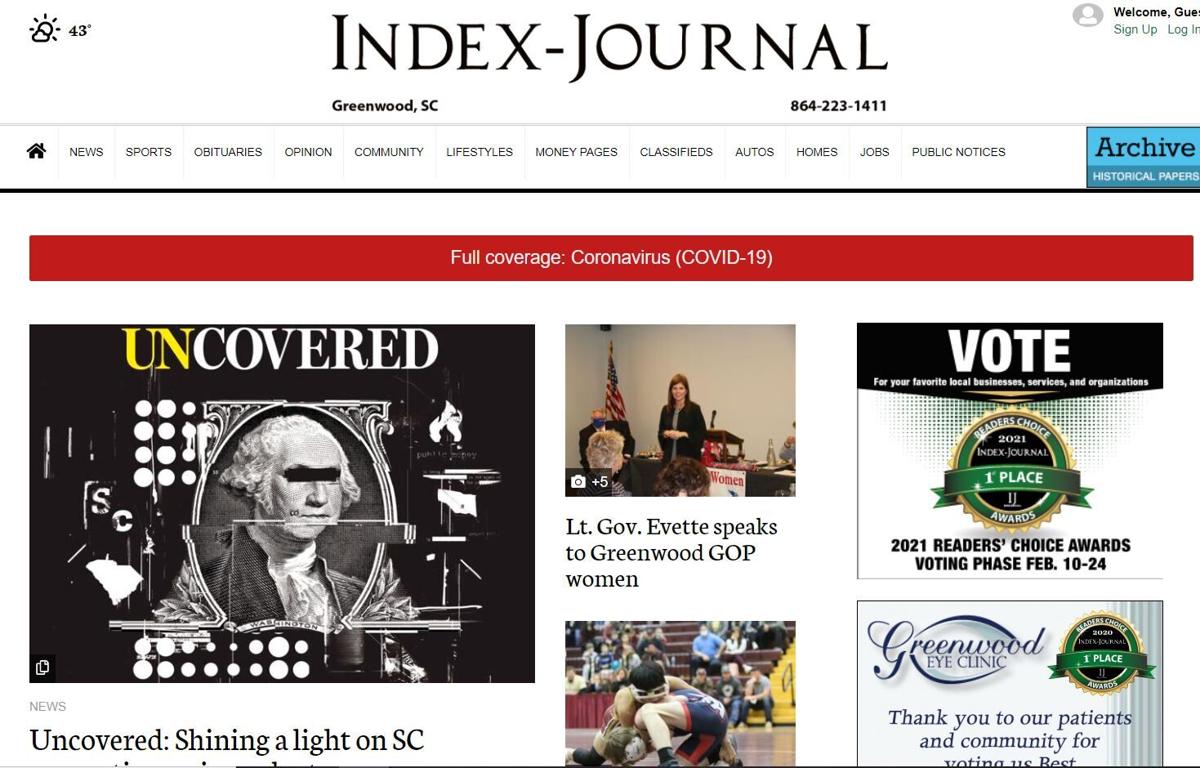 The home page of the Index-Journal when the Uncovered project launched on Feb. 14, 2021. 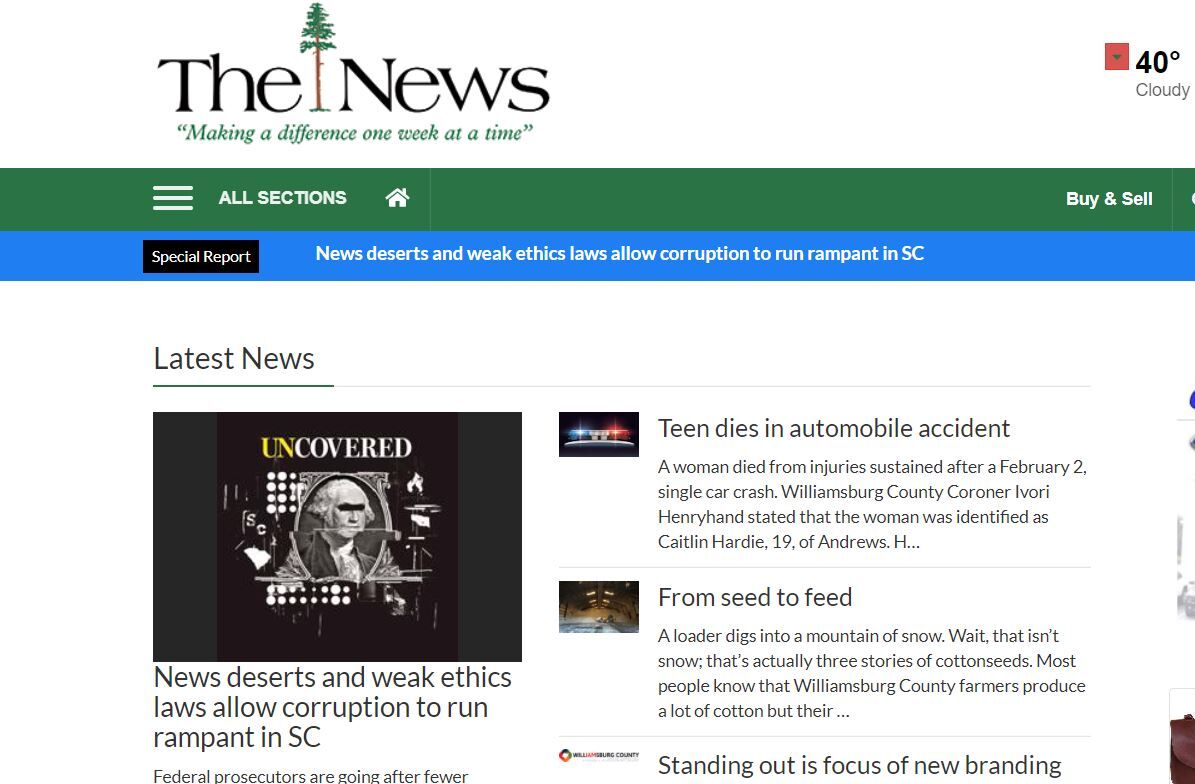 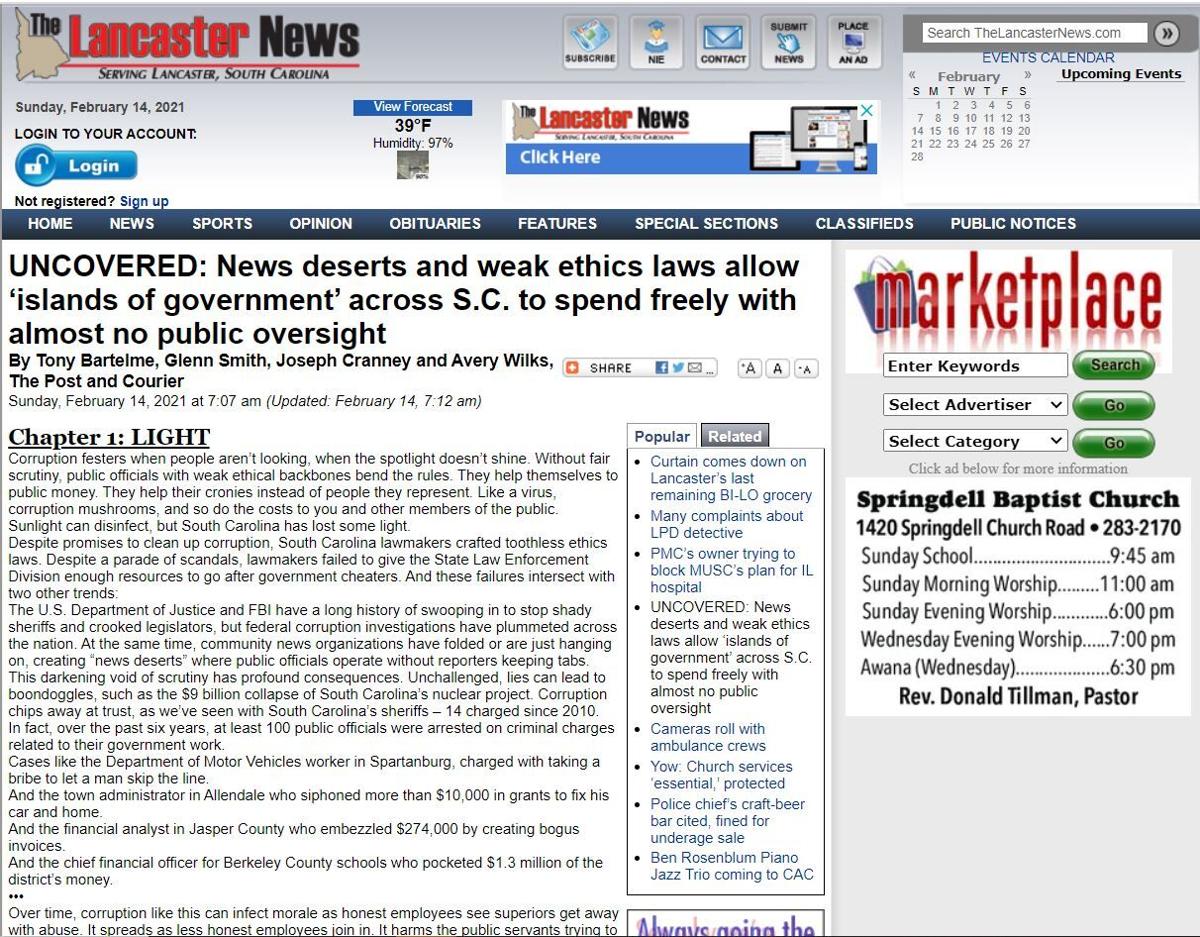 The Lancaster News participates in launch of Uncovered on Feb. 14, 2021. 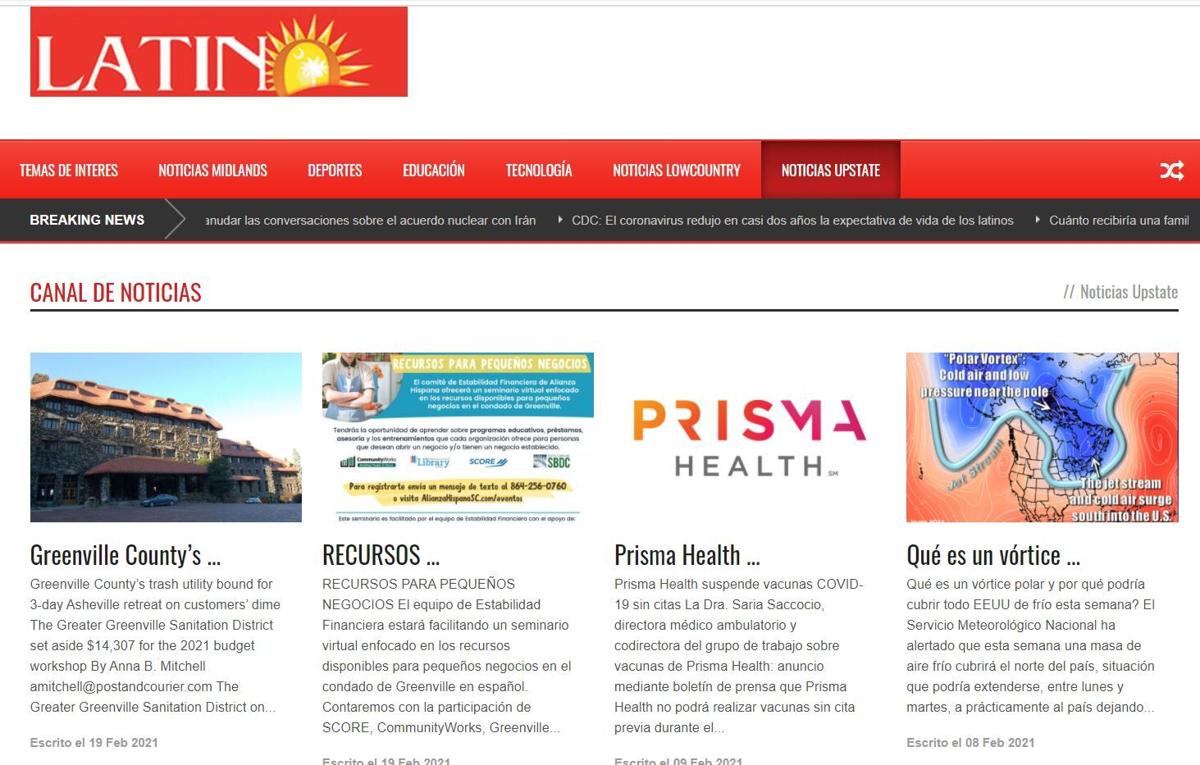 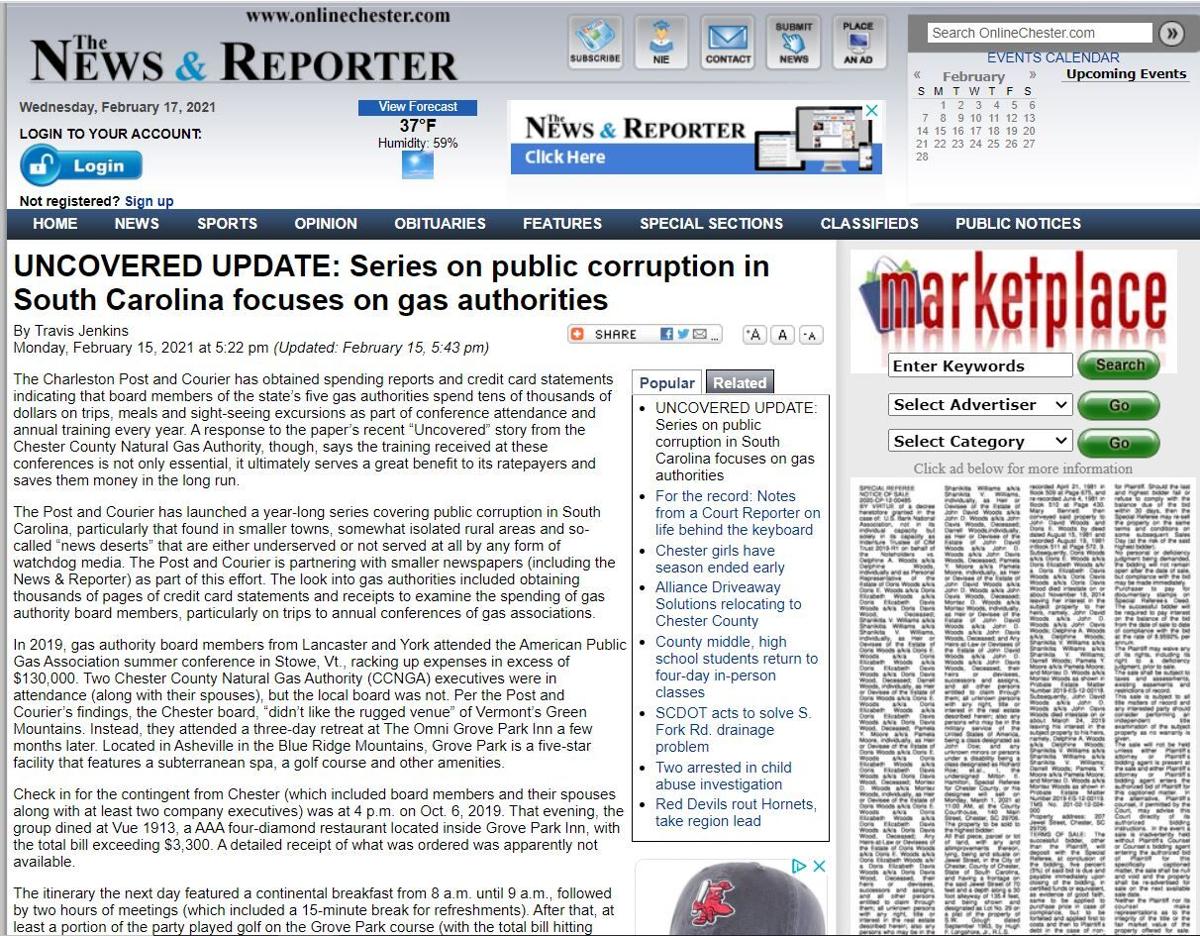 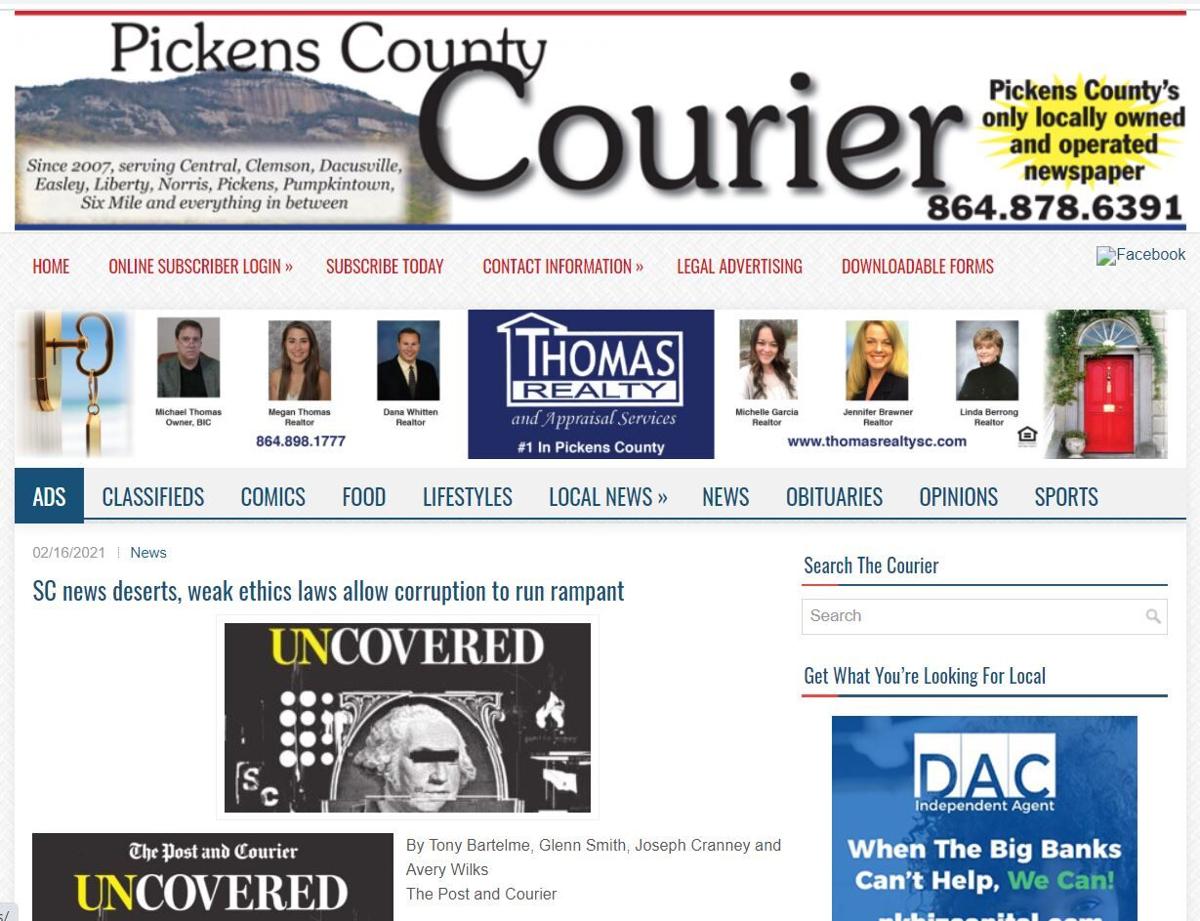 The Pickens County Courier participates in Uncovered lauch in February 2021. 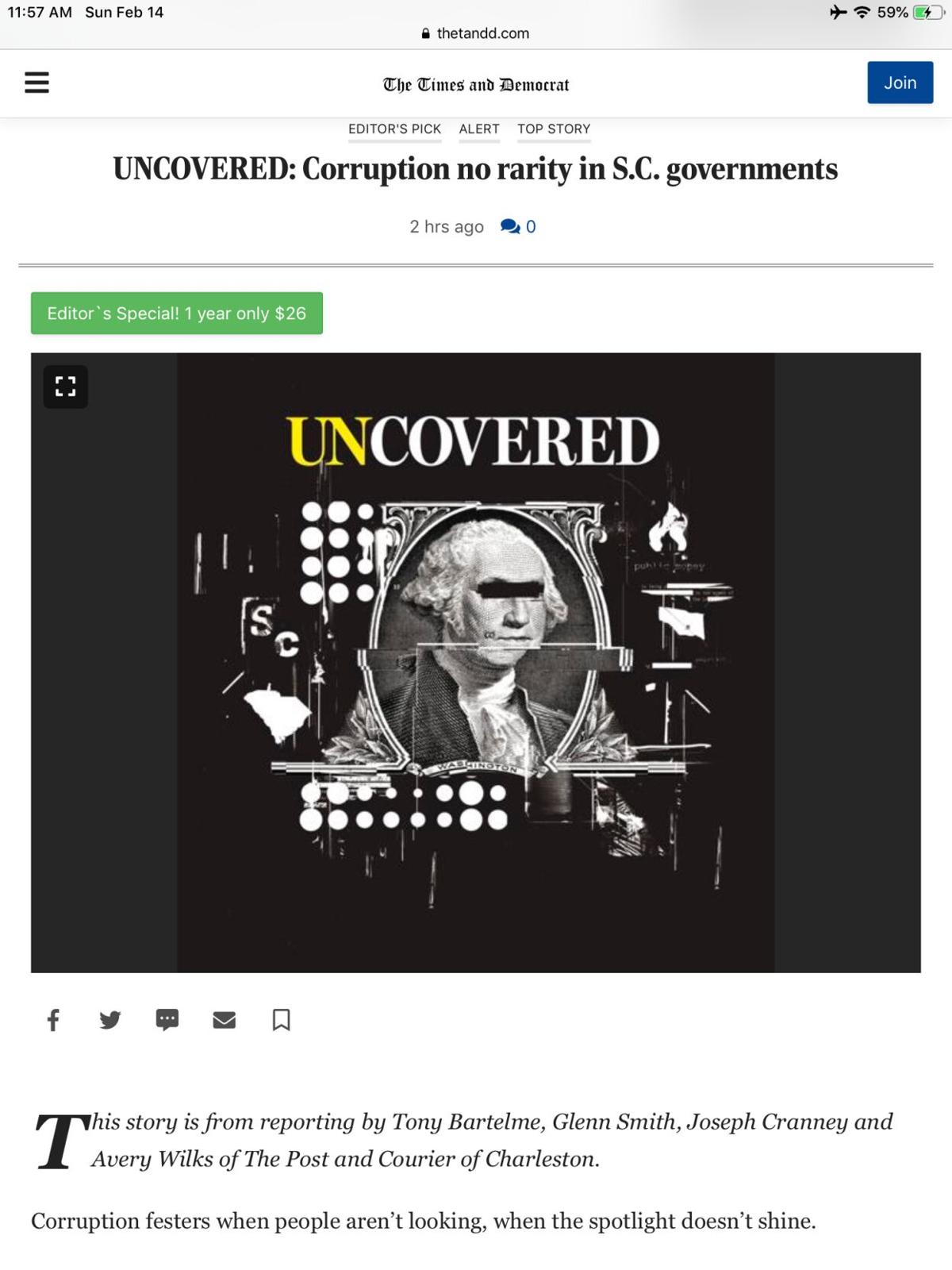 The Times and Democrat's home page features the launch of Uncovered in February 2021. 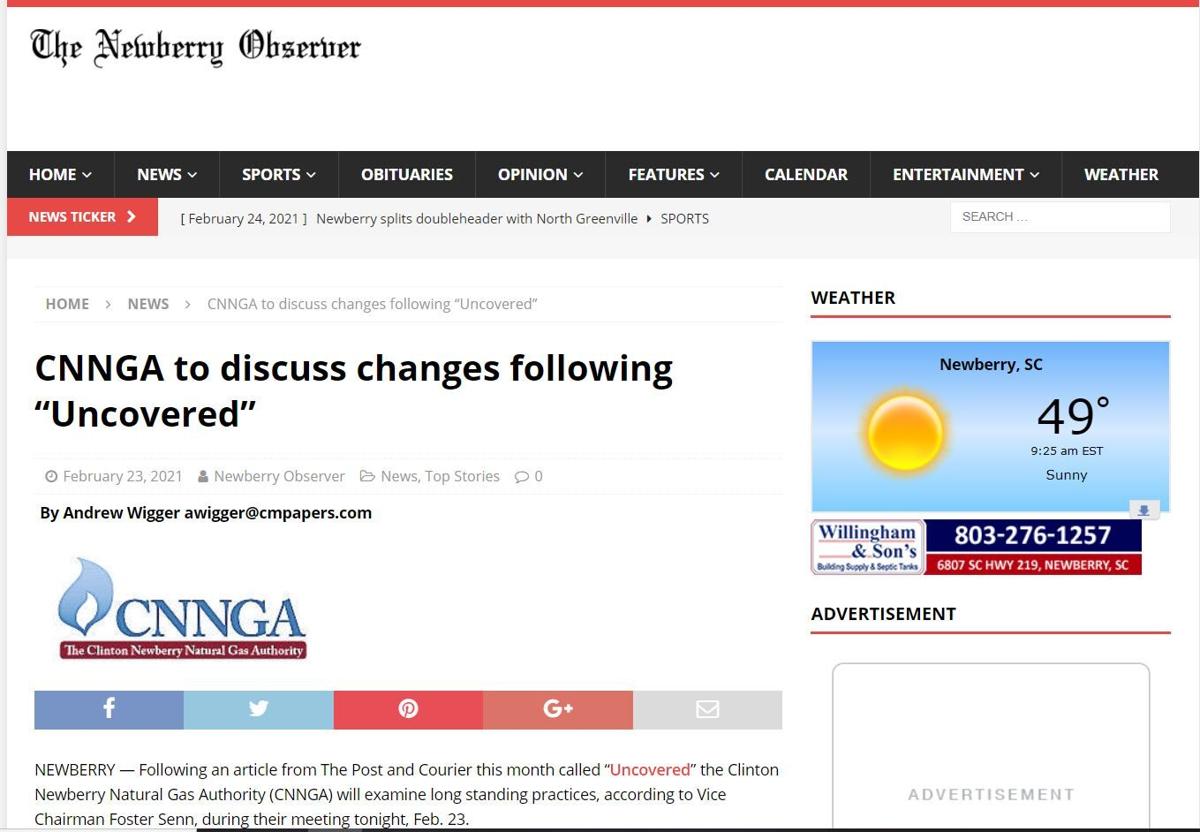 The Newberrry Observer pressed gas authority officials for answers in a follow-up story to Uncovered on Feb. 23, 2021. 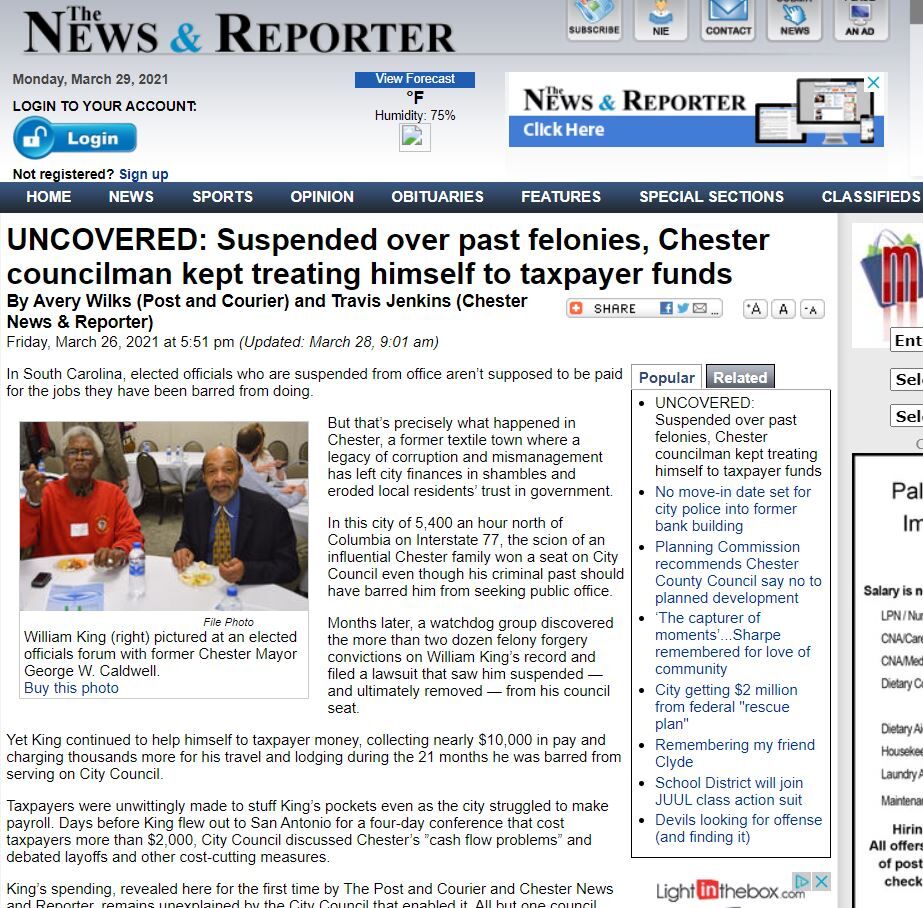 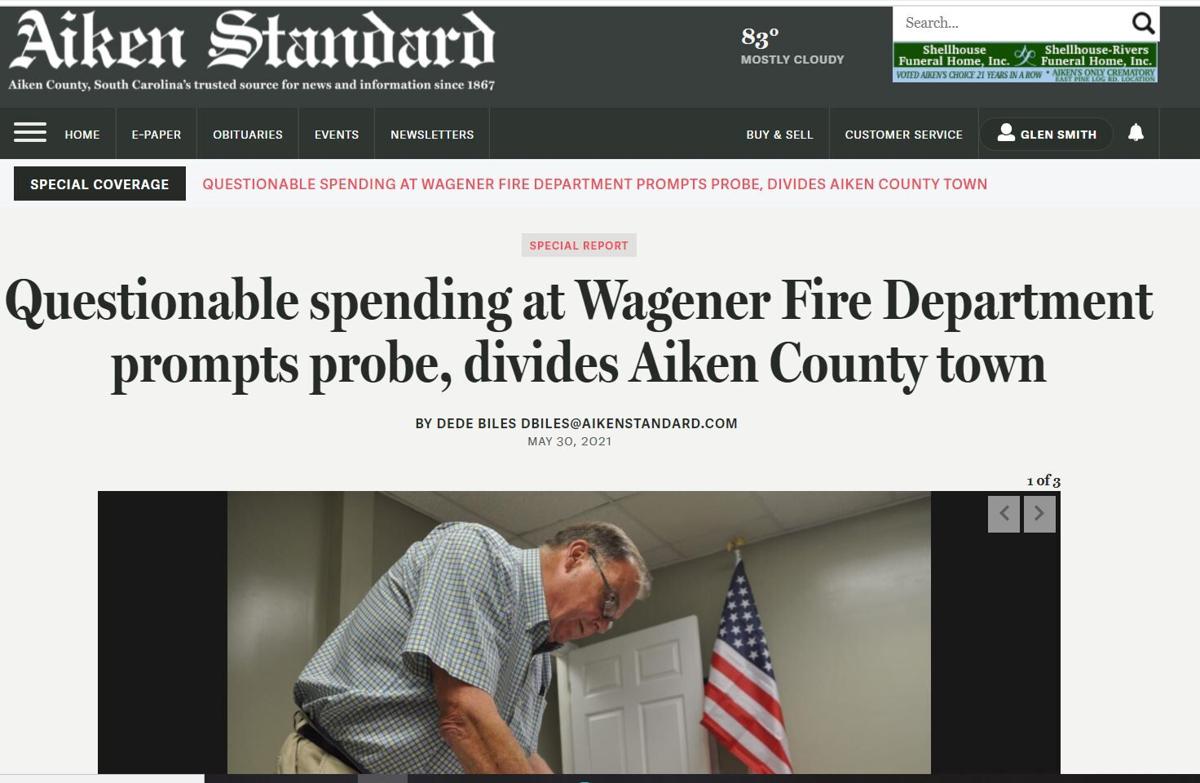 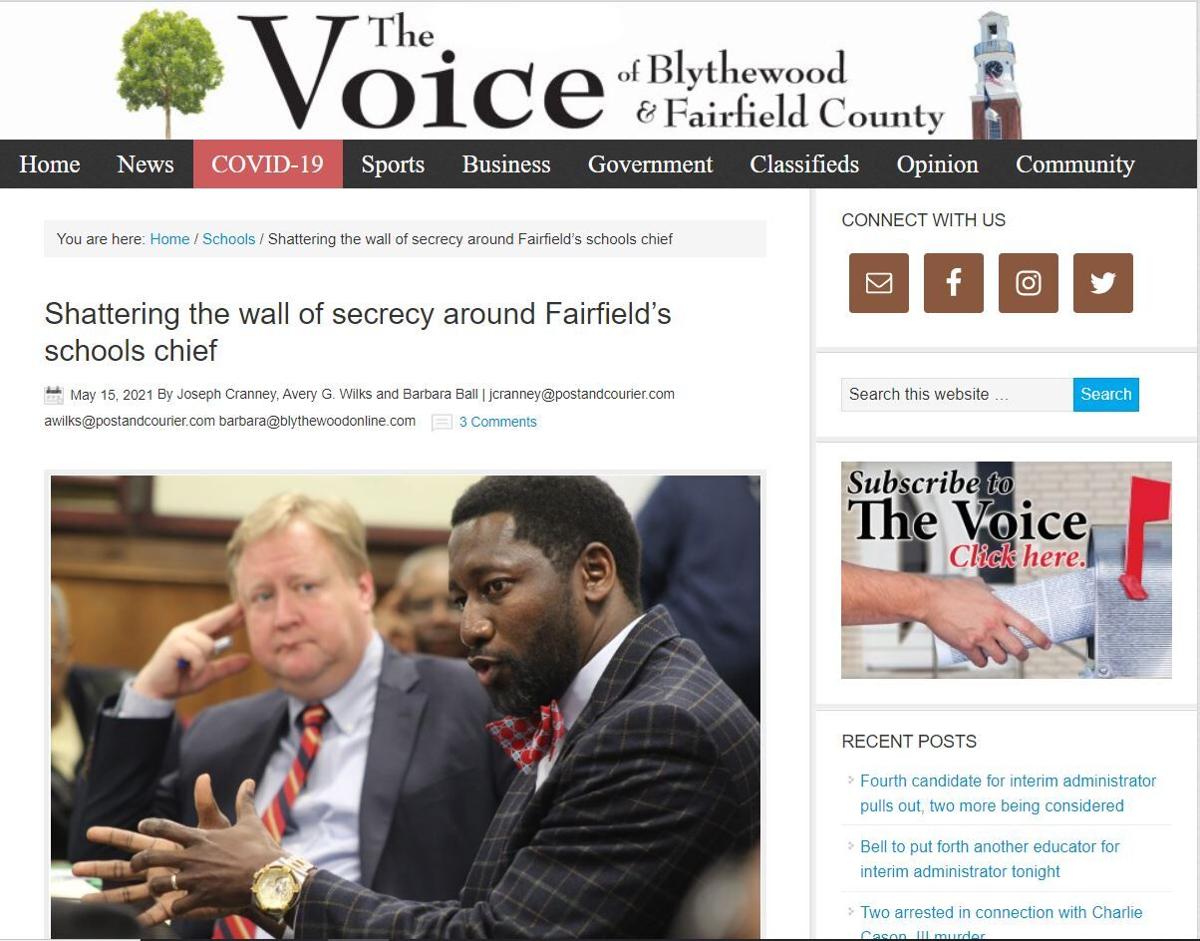 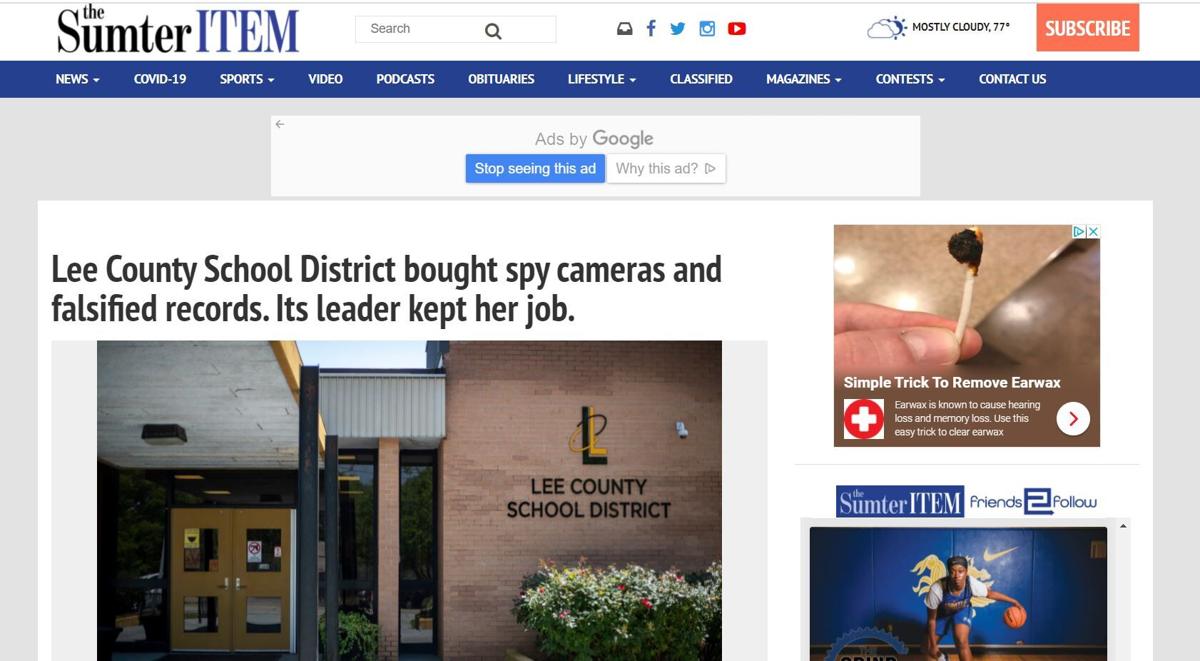 The Post and Courier has launched “Uncovered,” a project to cast new light on questionable government conduct, especially in smaller towns. We’ll work with community newspapers, leveraging The Post and Courier’s investigative resources with reporters who know their towns inside and out. We’ll publish our findings simultaneously.

To date, 11 newspapers have joined us in this effort. Here are some examples of how our partners have displayed the articles and produced stories from the findings:

Shattering the wall of secrecy around Fairfield’s schools chief

Our View: Enemy of the people or watchdog for the people?

'I know we're above board': John de la Howe board meets to discuss 'Uncovered' coverage

Our View: Weeding the garden at John de la Howe

The News & Reporter of Chester

UNCOVERED: Suspended over past felonies, Chester councilman kept treating himself to taxpayer funds

Fix what is broken

The Times and Democrat of Orangeburg