COLUMBIA — Richland One School District missed a series of red flags in hiring Travis Braddy, a purchasing official the school system now accuses of swindling more than $41,000 in public money, a Post and Courier investigation has found.

Had the state’s ninth-largest school district dug a little deeper into the 43-year-old’s background, it could have discovered that a court-martial had sentenced Braddy to 30 months in a military prison and issued him a bad conduct discharge from the U.S. Army for financial fraud in the early 2000s.

Had Richland One been curious enough to call Braddy’s three references for the job — a trio he admitted were only golfing buddies — it would have learned that none knew him especially well.

In recent interviews, two said they had no idea Braddy had listed them as references before his hiring in June 2020. Just one had even played golf with Braddy. None recalled filling out grading rubrics, attached to Braddy's application, that bore their names and gave Braddy glowing reviews.

“I can’t vouch for him on a professional level at all,” said Ryan Buckson, a Columbia business development representative who Braddy listed as a reference. “I don’t have anything to do with that guy.”

In response to questions from both The Post and Courier and state Education Department officials, Richland One insisted it followed normal procedures and protocols in hiring Braddy to the $60,480-a-year position as a procurement manager. The job is a high-ranking position with great authority to purchase supplies for the district’s 52 schools, nearly 5,000 employees and 22,000 students.

A district spokeswoman said Richland One contacted Braddy’s then-supervisor and ran a background check on him but found no “issues that suggested Mr. Braddy should not be hired.”

Richland One did not address specific questions about the newspaper’s findings, nor did it answer whether anyone within the district vouched for Braddy before he was selected over another candidate with experience in government purchasing.

But Richland One should have done more to vet Braddy for a job that offered great access to public money, according to a human resources expert at the University of South Carolina’s Darla Moore School of Business.

Patrick Wright, the director of the business school’s Center for Executive Succession, said the district strayed from best practices in hiring Braddy without first requesting his military service records or calling all his references.

“It doesn’t sound like they handled it all appropriately,” Wright said.

Richland One board member Robert Lominack agreed. Lominack regularly abstains from votes on hiring district employees, reasoning that the board can’t make informed decisions about candidates with the limited information district administrators give them.

“It calls into question our entire hiring process,” Lominack said. “If we’re hiring someone who is going to have management duties over procurement and we allow all of their references to come from essentially a golfing foursome, then we’ve got problems.”

Braddy did not respond to calls, emails and a letter seeking comment for this story. An attorney representing him in a family matter declined to comment. A lawyer who is defending Braddy in a December 2021 DUI case did not respond to requests for comment.

The consequences of Braddy’s hiring were severe. He resigned in May 2021 amid an internal investigation that found he spent public money on unauthorized hotel stays, an improper monthslong rental of a 2020 GMC Yukon SUV and a fraudulent no-bid purchase of COVID-19 supplies.

Richland One drew criticism for failing to report the matter to law enforcement for six months, when it alleged to Columbia police that Braddy had defrauded taxpayers of more than $41,000. A criminal investigation into the alleged fraud is ongoing.

All of it was avoidable.

At first glance, Braddy’s resume and application, obtained from Richland One through a Freedom of Information Act request, portray him as a suitable candidate.

Braddy boasted 22 years of experience in procurement and 15 years in transportation. He came back negative on criminal background checks and in searches of sex offender registries, records show. He attested that he had never been fired or asked to resign, nor had he ever resigned to avoid being fired.

But a reporter’s recent attempts to verify details of Braddy’s character and employment history proved to be an exercise in rabbit holes and dead ends.

For one, Braddy wrote on his application that he had worked for a company called ITT Inc. since March 2011. But a number he listed for the company went to Boeing’s offices in Chicago, and an address he listed led to Boeing's manufacturing facility in North Charleston.

A spokeswoman for ITT Inc. said Braddy had worked for the company, but only from February 2011 to October 2011, when his division was spun off into a separate company called Exelis. Exelis was later bought out by Harris Corporation, which then merged with yet another company to become L3Harris.

An L3Harris spokeswoman did not respond to questions about Braddy’s employment history.

Braddy stated he was making $88,000 a year at ITT, meaning he would have to take a nearly $28,000 pay cut to move to Richland One. The district did not answer whether it asked Braddy why he would be willing to accept such a pay cut.

Richland One spokeswoman Karen York said the district spoke with Braddy’s supervisor at ITT and came away with no concerns. 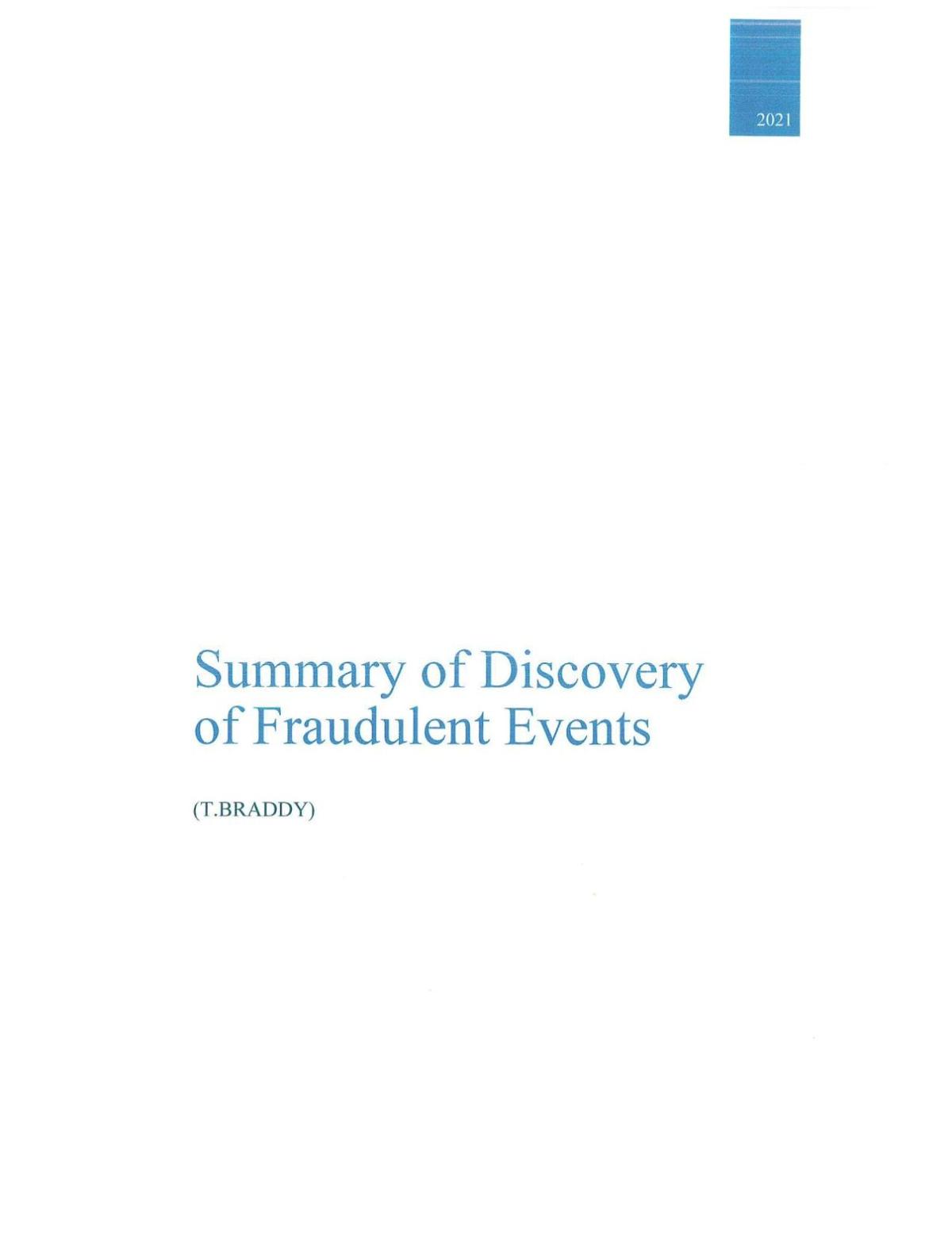 But the phone number Braddy listed for that supervisor, Michael Hobbs, was not in service when a reporter called it in April. An email sent to an address Braddy listed for Hobbs generated only a bounce-back message. The newspaper could not independently verify Hobbs’ employment with ITT.

Braddy’s application included three grading rubrics that were said to be filled out by the three men, whom he said he had known for years: Buckson, then-Newberry College assistant football coach Jarvis Littlejohn and Columbia-area accountant Talinnian Byrd.

But when reached recently, none could recall filling out those rubrics. Buckson and Byrd said they had no idea Braddy had listed them as references. Littlejohn said he liked Braddy and would have been happy to recommend him.

Each said they knew him personally, though not closely. They had spoken to him at church or high school football games. Just one, Buckson, said he had ever played golf with Braddy. Byrd said he had never even played golf.

None of them got a call from Richland One.

Such calls are standard practice before hiring applicants, especially those who will be trusted to handle large amounts of money, said Wright, the USC professor.

Finding out a candidate’s supposed references can’t actually vouch for them “would have been a huge red flag,” Wright said.

Richland One also made no effort to obtain Braddy’s military service record, though he listed his U.S. Army experience on his resume.

With Braddy’s permission, the district could have learned about Braddy’s bad conduct discharge in May 2001 by a general court-martial that found him guilty of forgery, writing worthless checks, misusing the postal service, absence without leave and dereliction of duty.

The court-martial demoted Braddy to private E-1, the Army’s lowest rank, and sentenced him to 30 months in a military correctional facility before giving him the boot.

Records obtained by The Post and Courier show Braddy has repeatedly appealed his bad conduct discharge and sought to have his convictions expunged.

In his most recent case, Braddy argued that he has been a “productive citizen, husband, father, and a positive leader in the community” who had learned from his mistakes and taken responsibility for his actions.

He dismissed the forgery and fraud charges as misunderstandings, saying he was operating a T-shirt business with a fellow soldier when he wrote checks and obtained a loan under his business partner’s name.

An Army board that heard Braddy’s appeal didn’t buy it. It unanimously rejected his most recent appeal in November 2020, the same month Braddy is accused of paying for improper hotel stays with tax dollars.

A history of financial malfeasance is another huge warning sign for a candidate seeking a job in government purchasing, Wright said.

Wright couldn’t say whether businesses and government agencies typically request the service records of veterans seeking employment. But he said doing so is simple and only helps an employer make good hiring decisions.

Candidates who refuse to provide those records may have something to hide, providing another reason for caution, Wright said.

"Best practice for somebody who is going to have financial responsibility, financial accountability, probably would be to dig a little deeper around (their) employment background,” Wright said. “That is a position where they could potentially commit fraud or embezzlement. If you're hiring a janitor, that's less important."

In response to a recent weekslong inquiry by state Education Department officials, Richland One said it had tightened its purchasing rules to limit the possibility another employee could go rogue with tax dollars.

But Lominack, who joined the board in October 2021, said district leaders should recognize the shortcomings that led to Braddy’s hiring in the first place.

“To hear that the district is not acknowledging that there were any mistakes just blows me away,” Lominack said. “It means we’re just going to keep doing this. We’ve got to learn to admit when we make mistakes and then fix it.”