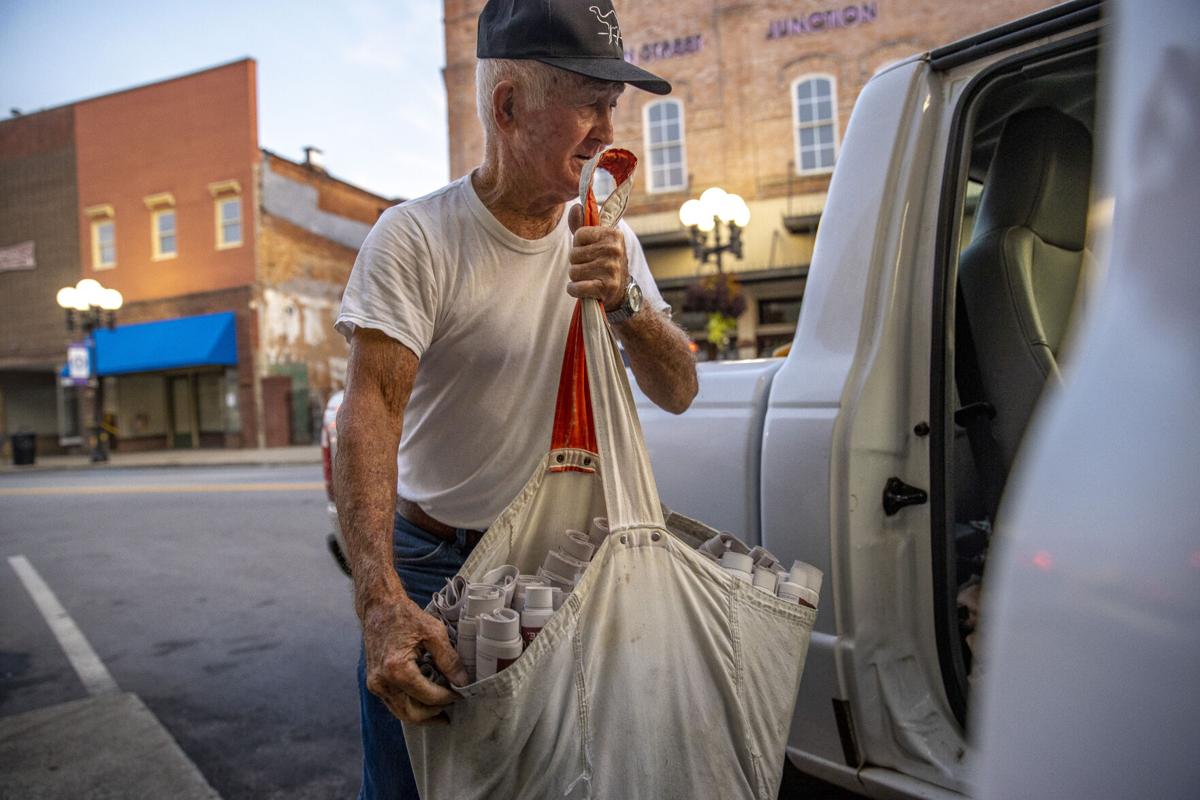 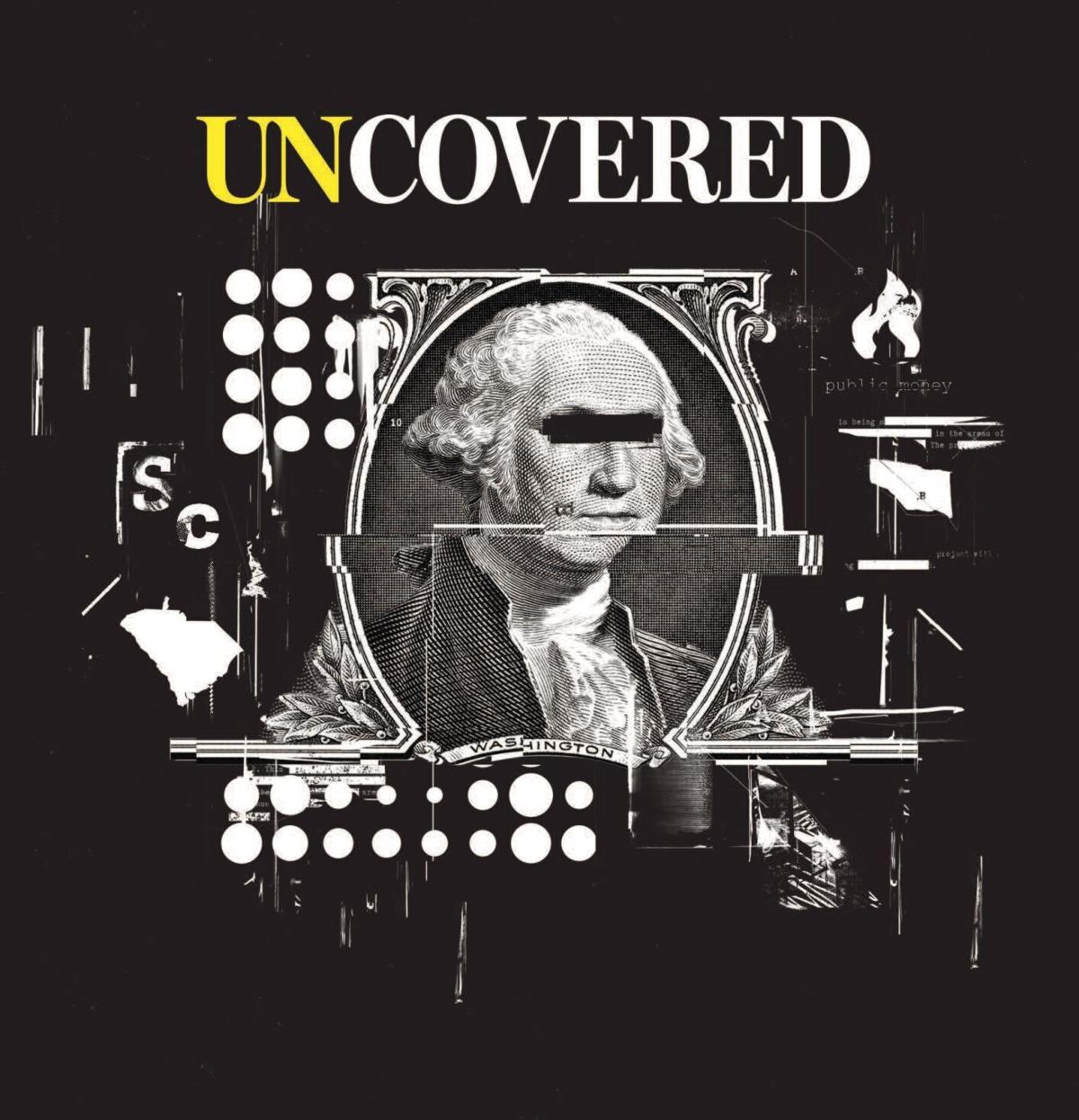 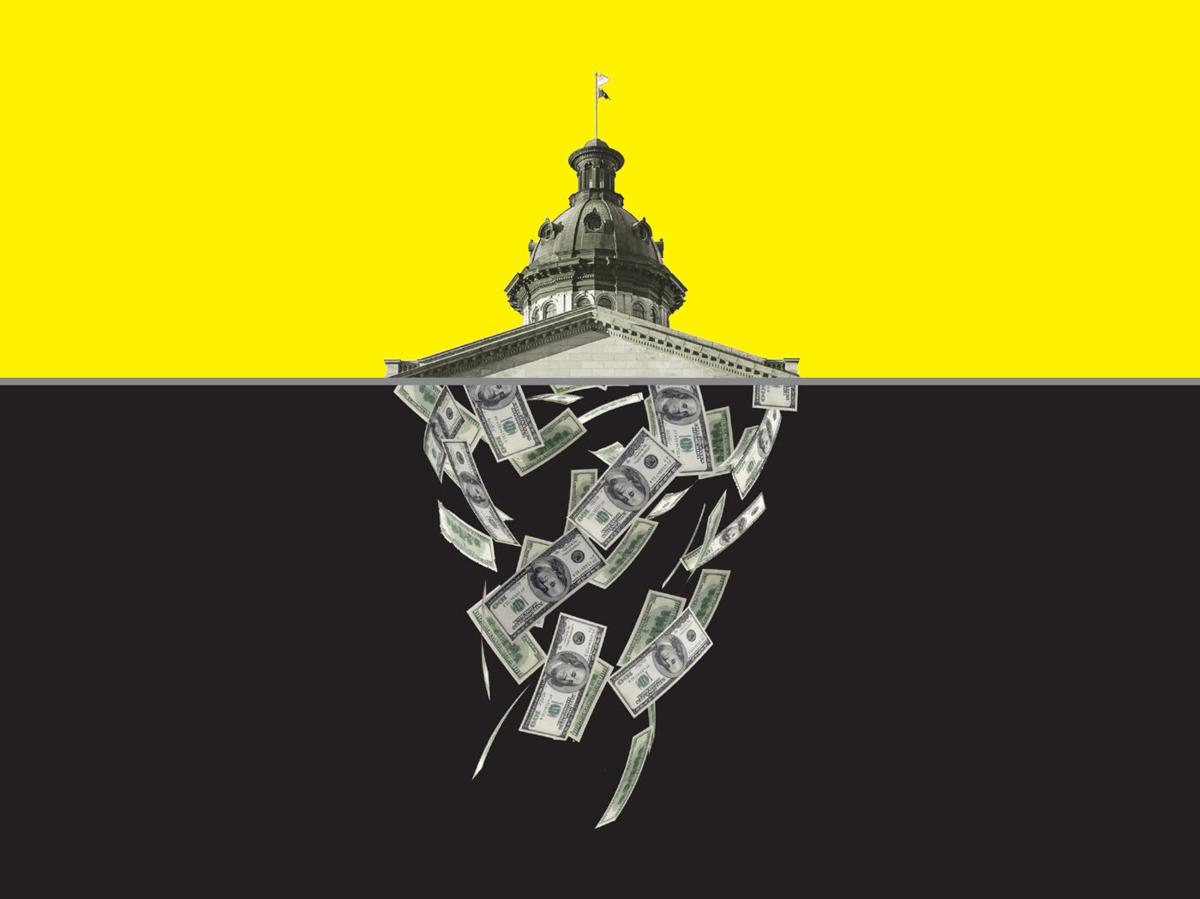 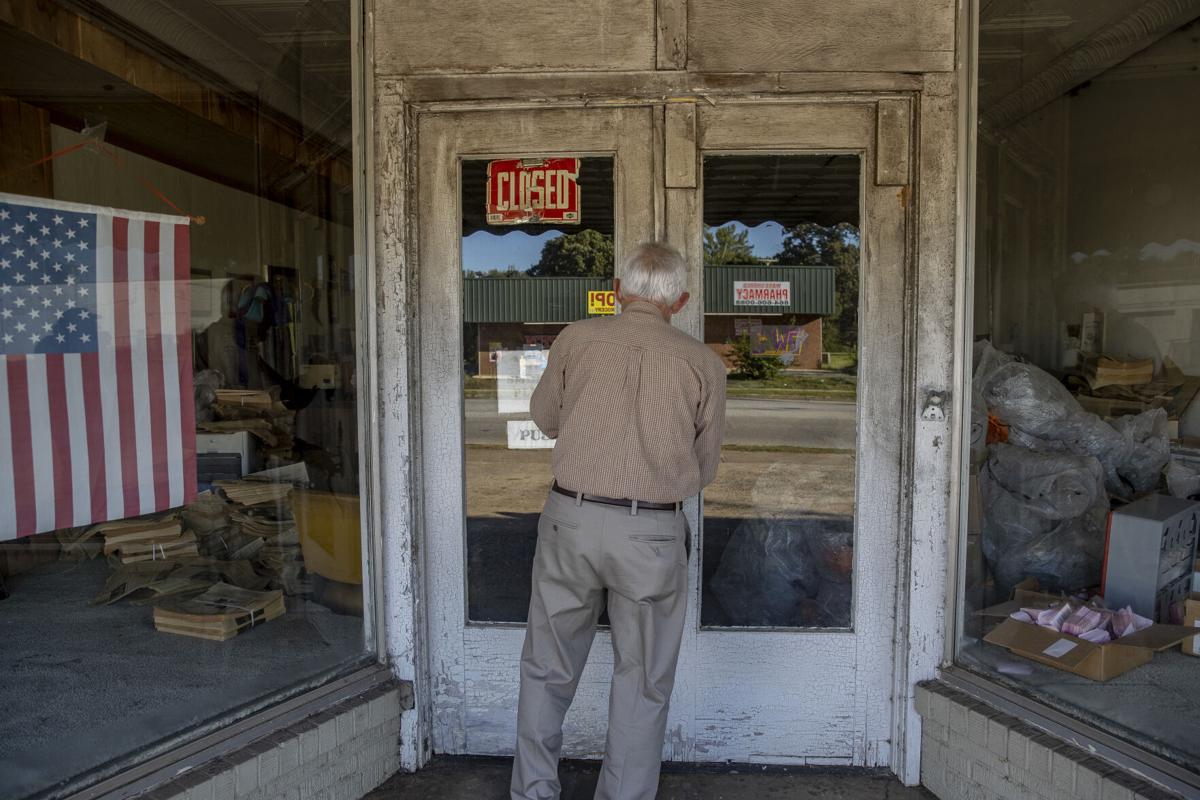 Dan Branyon locks the door at the former office of The Observer in Ware Shoals. Inside, copies of the newspaper's last issue sit on a metal stand like a historical marker. File/Andrew J. Whitaker/Staff 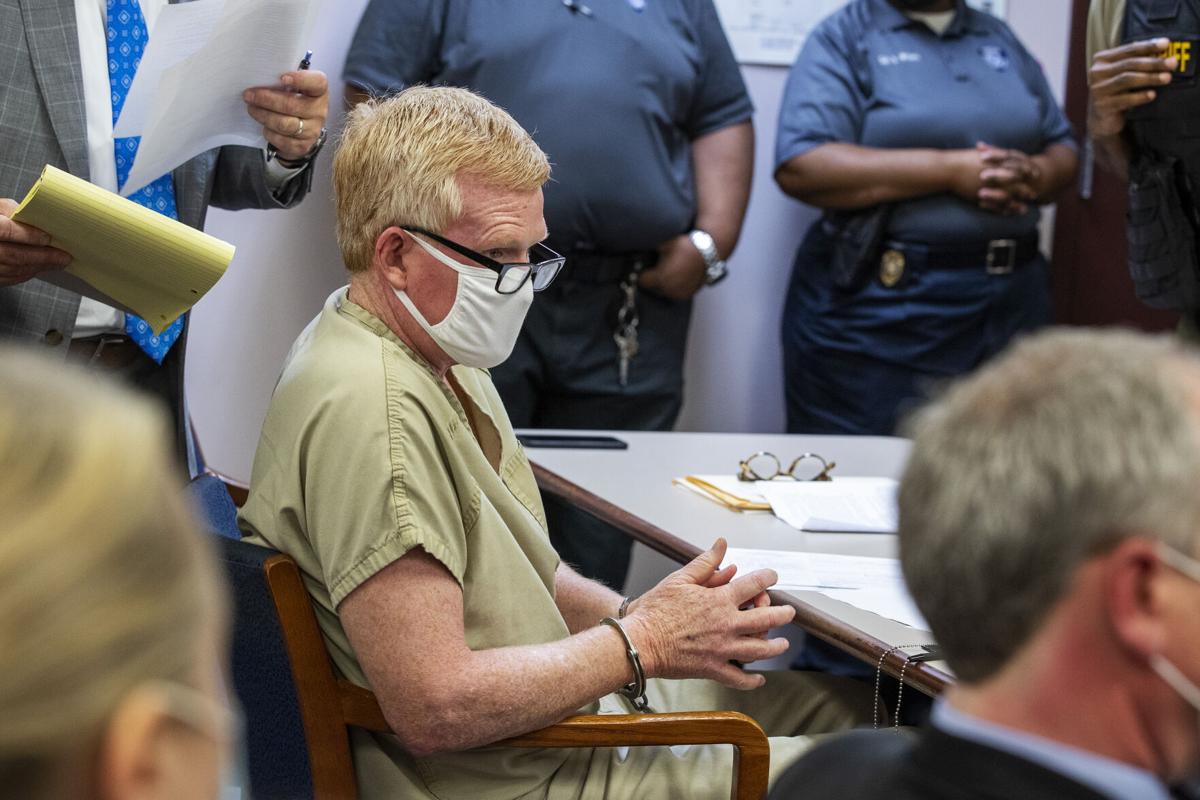 Disgraced Hampton County attorney Alex Murdaugh has been accused of embezzling millions of dollars from clients and his former law firm. File/Lauren Petracca/Staff 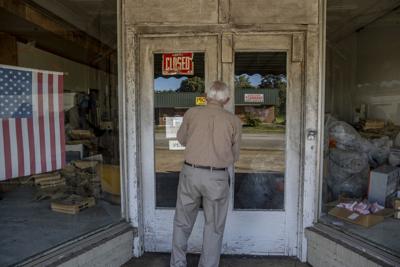 We learned a lot.

Over the past year, The Post and Courier and 17 other news organizations across South Carolina teamed up to sift through more than 53,600 emails, invoices, credit card statements and other public documents. We filed more than 50 Freedom of Information Act requests. We interviewed more than 560 public officials, fraud experts, academics and whistleblowers.

It was an unprecedented collaboration to shine light on corruption, waste and questionable conduct.

1. We learned that there’s a deep hunger for truth and good governing.

Whether they spoke publicly or requested anonymity, some of our best sources were people in government fed up with the self-dealing, nepotism and conflicts of interest in their midst. These are public servants who felt deep senses of injustice. They told us they want officials to behave fairly and spend their tax dollars wisely. Some risked retribution because they spoke out about people in power.

At the same time, people outside government pushed us to look deeply at things that had been ignored or unexplored. Call them gadflies or citizen watchdogs, they thrust themselves into the spotlight to identify wrongdoing. A few could be irritating, but understandably so, given the forces arrayed against change. They all shared common threads — a sense of justice and a desire to make their cities and towns better places to live and work. They can be seen as antidotes to apathy and cynicism.

“That’s what it is about," said Angel Brabham, a citizen watchdog in Allendale. "Paying attention and being persistent.”

2. We found that corruption permeates South Carolina in ways large and small.

In the past year alone, at least 28 public officials were charged with criminal offenses, ranging from embezzlement to rape, according to our Uncovered corruption tracker.

No corner of the state was untouched — from the tiny town of Scranton near Florence, where a clerk was charged with using the town’s credit card to buy $200,000 in clothes, food and utilities — to Edgefield, where the head of a public hospital board was accused of siphoning $5,500 for her own needs.

And that tally doesn’t include the wide array of questionable conduct the Uncovered project exposed.

Among our findings: Utility commissioners gorged on wine tastings, flew down zip lines and kicked back at four-star retreats — all on their ratepayers' tabs. We documented how a school superintendent lived rent-free in taxpayer-funded housing intended for teacher recruitment. And we identified scores of public officials who had collectively blown off nearly $3 million in fines for violating the state’s toothless ethics law.

“What we’ve seen happen in South Carolina is typical when you don’t have a strong culture of ethical behavior,” said Kendra Stewart, a political science professor at the College of Charleston.

3. We learned that fewer people are watching our public officials.

Many of South Carolina’s newspapers have shrunk or closed altogether, creating news deserts and ghost papers that deprive communities of vital oversight. Eight newspapers in South Carolina folded in 2020 alone. Gone are the obituaries, the journalists at council meetings, the sports stories and longtime columnists — adhesives that cement a place's identity.

“You don’t really realize what you had until it’s gone, and that’s a sad situation," said Keith Davenport, a longtime reader of The Observer newspaper in Ware Shoals, which closed in 2020.

Federal corruption prosecutions are way down across the nation and in SC. Why?

4. We found this decline in oversight is both a national issue and a local one.

As in South Carolina, many newspapers across the nation also suffered, especially those owned by debt-laden chains and profit-maximizing hedge funds. Smaller staffs often can't do the kind of deep digging needed to expose wrongdoing.

At the same time, the Department of Justice and FBI have cut by half the number of public corruption investigations since 1998, a change in crime-fighting priorities that has flown under the national radar.

5. We learned that without constant and clear oversight, lines between right and wrong blur.

Many fraudsters start small, cutting a corner here and there. Then, when they don’t get caught, some graduate to greater deeds of mischief. In the process, many begin to justify their actions. With straight faces, they’ll tell you they’ve done nothing wrong.

But strong deterrents can short-circuit this cycle of fraud and self-deception by creating clearer lines of ethical behavior— and higher risks when crossing them.

“The thing to remember is that ethical guidelines are there for the honest people, too,” said Larry Martin, a former state senator from Pickens who had long pushed for stronger ethics laws. “If you know what’s right, you’re going to stay in your lane.”

6. We saw that without scrutiny, corruption can spread like cancer.

Look no further than rural Hampton County, a swampy corner of South Carolina away from major media markets. Over generations, the powerful Murdaugh family reigned without serious scrutiny, controlling the chief prosecutor’s office and operating a high-powered civil law firm. Their dynasty came tumbling down over the summer amid a pair of high-profile murders and startling allegations of embezzlement and influence peddling by Alex Murdaugh, a wealthy lawyer and part-time prosecutor who reportedly stole millions.

“The rule of law matters in our society, and when something like this happens, it makes people think ‘If that person does it, I can do it too,’ ” said Gibbs Knotts, dean of the School of Humanities and Social Sciences at the College of Charleston. “Something like this can really cut at the fabric of our society. It’s scary, and it's something we have to remain vigilant of.”

7. We learned that our state leaders could do more to stop corruption and waste — but don’t.

Consider the State Ethics Commission. We documented how the agency doesn't have the staff or authority to effectively comb through the tens of thousands of financial filings it gets every year.

It also lets off offenders easy after half-hearted investigations. It fails to effectively enforce the fines it levies. It makes it difficult for the public to see which leaders have run afoul of ethics laws.

“What we need is to actually fund the Ethics Commission so it can do its job and do it well,” said Lynn Teague, a lobbyist for the League of Women Voters of South Carolina. “They need to fully investigate complex cases and not settle them for some diminished charge. Because there needs to be consequences when someone abuses the public’s trust.”

8. We found some agencies use the state Freedom of Information Act as a cudgel to avoid or delay scrutiny.

Some public officials are models of transparency. They thoroughly answer questions and respond immediately to document requests, often offering them free of charge.

Others dodge or ignore questions altogether. Some demand that questions be submitted in Freedom of Information Act requests. Then they use the act to delay release of information until the last day of the law’s 30-day deadline. They also may hold the documents hostage unless you pay hundreds or thousands of dollars in fees.

The delays and fees can break a small newspaper’s budget or dissuade a citizen watchdog from seeking this information — adding more darkness to how our public officials spend your tax dollars.

"It's just another impediment to the public learning what our government is up to," said Jay Bender, an attorney for the S.C. Press Association and a longtime specialist in open records law. “I think a lot of these public bodies are ashamed at how poorly they are serving the public, and they try to hide as much as possible to keep that from coming to light.”

9. We learned that collaboration can be more important than competition.

There’s an African proverb: If you want to go fast, go alone, but if you want to go far, go together. Being first with stories has long been journalism’s North Star. But the push for speed can also lead to half-baked and superficial stories, ones that are more about clicks and page views than serving the public. Investigative reporting takes time and experience and local knowledge.

Setting aside this idea of competition felt odd at first, but the Uncovered project’s 18 news organizations investigated and exposed more misconduct than any one newspaper could have done. All told, the collaboration received more than 90 serious tips. Some checked out. Others not so much. But the statewide push to investigate these tips sent a loud message to public officials: Someone is watching.

The Chester News & Reporter, The (Orangeburg) Times and Democrat, The (Greenwood) Index-Journal, Aiken Standard, The Kingstree News, The Newberry Observer, Lancaster News, The Easley Sentinel-Progress, The Independent Voice of Blythewood and Fairfield, Pickens County Courier, Latino Newspaper, The Sumter Item, The Laurens County Advertiser, The Charleston Chronicle, The Gaffney Ledger, the Pageland Progressive Journal, The Anderson Observer and The Post and Courier.