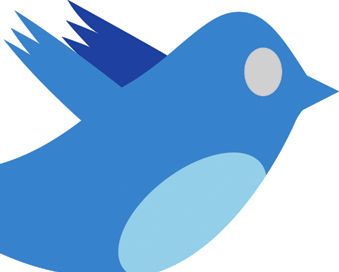 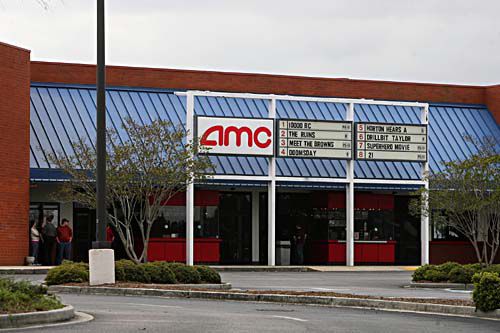 A Charlotte company plans to refurbish the former AMC theater at Northwoods Mall. It is set to become a 13-screen complex.

A Charlotte company plans to refurbish the former AMC theater at Northwoods Mall. It is set to become a 13-screen complex.

SAN FRANCISCO -- Twitter is changing to address a paradox about a service that revolves around messages limited to just 140 characters. As simple as it sounds, the concept remains too confusing and frustrating for a lot of people.

A redesign is supposed to make Twitter easier to navigate. It offers more accessible features that customize the experience for each user. The service is also expanding users' profile pages to accommodate more detailed information about brands in text, photos and video as Twitter tries to convert more companies into advertisers.

Twitter's tweaks debuted in a Thursday update to its software for smartphones and tablet computers. The new look will be gradually rolled out on its website during the next few weeks.

The revisions aren't a matter of desperation for Twitter, which entrepreneur Jack Dorsey invented within another startup in 2006. Twitter has become a vital communications tool and a virtual water cooler for discussing the topics of day, be it sports, entertainment or an overthrow of a Middle East regime.

Twitter now has more than 100 million active users who post an average of 250 million messages, or "tweets," a day. The company says the growth in new accounts has increased by 25 percent since October, when Twitter became a feature in the operating system that runs Apple Inc.'s latest iPhones and iPads.

Even so, Twitter executives concluded they needed to make the service even simpler to use and understand to reach its long-term goal of exceeding 1 billion active users.

The facelift is an attempt to "bridge the gap between the awareness of Twitter and the engagement on Twitter," company CEO Dick Costolo said.

Dorsey, who was cast aside as Twitter's CEO in 2008 only to return as executive chairman this year, played an instrumental role in the makeover. He appeared alongside Costolo on Thursday at a media event to celebrate the changes.

With the overhaul, Twitter hopes to attract more of the technology neophytes that have flocked to Facebook — a social network with 800 million worldwide users — from digital wizards to the Auntie Ems of the world.

Twitter wants to reach its goal with fewer bells and whistles than Facebook, which offers new things to do and more ways to do them every few months.

"We are going to offer simplicity in a world of complexity," Costolo said.

By avoiding clutter, Twitter believes it will have a better chance to remain accessible in remote parts of the world, where Internet connections might be clunky and devices might not be as sophisticated.

The streamlined approach is also meant to ensure Twitter runs quickly. The company says its latest adjustments will make the messaging service about five times faster.

As with any significant tinkering to a widely used service, Twitter risks alienating faithful users who liked the status quo. Facebook, for instance, has frequently been excoriated by its users for a variety of revisions during the past few years. Despite the griping, relatively few people have kicked their Facebook habits.

Most of Twitter's key changes will be found on a new navigation bar at the top of a user's page.

A new "Connect" section there will make it quicker for users to see what is being said about them in other tweets. This area will also provide a quick way to find people and brands under their Twitter account handles. Currently, users sometimes have to sift through multiple search results before finding the person or brand that they want to follow.

Another section called "Discover" makes it easier to browse through subjects denoted by hash tags and, over time, see information customized to each user's personal interests. Twitter will pick out the information and topics to highlight in this section, based on what accounts users follow and the kind of things they tweet about.

The expanded space for users' profiles can be used by any account holder, although this feature appears aimed primarily at companies that want to showcase their brands.

There's no fee for the expanded profile pages. But it may help Twitter become more valuable to potential advertisers as it tries to make more money off its growing audience. Twitter is trying to increase its revenue as it builds toward an initial public offering of stock. The company isn't in a rush for an IPO as it raised $400 million from venture capitalists earlier this year.

Although Twitter didn't even allow advertising until last year, it is now getting more aggressive, partly because there hasn't been a major backlash to the marketing messages that have been showing up within users' feeds during the past few months.

The research firm eMarketer estimates that Twitter's ad revenue will approach $140 million this year and rise to $260 million next year. As a privately held company, Twitter doesn't disclose its revenue.

Twitter's new headquarters, located in an old furniture market in a hardscrabble neighborhood, is a testament to the company's ambitions. Costolo already has leased 220,000 square feet of the building and has an option to add more — enough to accommodate several thousand workers. Twitter currently has about 700 employees, most of whom will make the two-mile move from the company's current San Francisco office next summer.