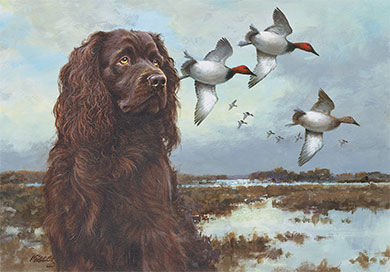 Jim Killen's painting 'Canvasbacks in Flight' is the design for the 2019-20 S.C. Migratory Waterfowl stamp and print. Provided 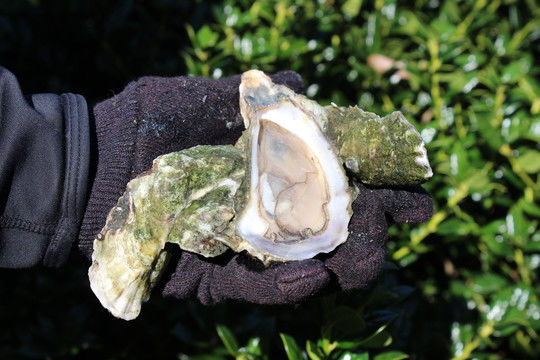 And this year, Killen's painting "Canvasbacks in Flight" has been selected as the design for the 2019-20 South Carolina migratory waterfowl stamp and print.

This marks the 11th time in the 39-year history of the program that Killen's artwork has been chosen. Originally a competition, artists are now selected by a committee. Killen won the competition in its third year (1983). His paintings also have graced the S.C. Duck Stamp in 1988, 1991 and from 2007-13

His art has generated millions of dollars for numerous conservation groups such as Ducks Unlimited International, Pheasants Forever, Quail Unlimited and the National Wild Turkey Federation.

Information about the S.C. Duck Stamp and Print program is available at dnr.sc.gov/wildlife/stamps. Prints can be ordered through Arcadia Publications at 866-271-3001 or arcadiapubs.com.

The S.C. Department of Natural Resources has announced that the 2019-20 season for the recreational harvest of shellfish (clams and oysters) will open as scheduled on Sept. 28 and remain open through May 15, 2020.

Shellfish beds can be temporarily closed by the S.C. Department of Health & Environmental Control in the event of a hurricane, major rain event or pollution spill. To verify if closures are in effect, call 1-800-285-1618 or visit scdhec.gov.

When requesting maps, specify the general area where you wish to harvest. All harvesters are encouraged to "cull in place," leaving dead shell and smaller oysters on the shoreline where they will continue to grow and provide habitat for future generations of oysters. Oyster consumers are encouraged to recycle their shells.

The Student Angling League Tournament Trail (SALTT) held its first tournament of the season Sept. 14 out of the Carroll A. Campbell Marine Complex in Georgetown. Cubby Weaver of Coastal Montessori Charter School fished solo and won the middle school redfish division with two fish that weighed 8.09 pounds, including the tournament's big fish, 4.80 pounds. Brandon Poston of Georgetown and Thomas Bodiford of Macedonia won the high school division with two fish that weighed 7.47 pounds, and also had the big fish at 4.08 pounds.

SALTT (salttfishing.com) tournaments are open to grades 1-12. The next event is scheduled Sept. 28 out of the Campbell Marine Complex.

Updated standings for the Trident Fishing Tournament in Charleston.