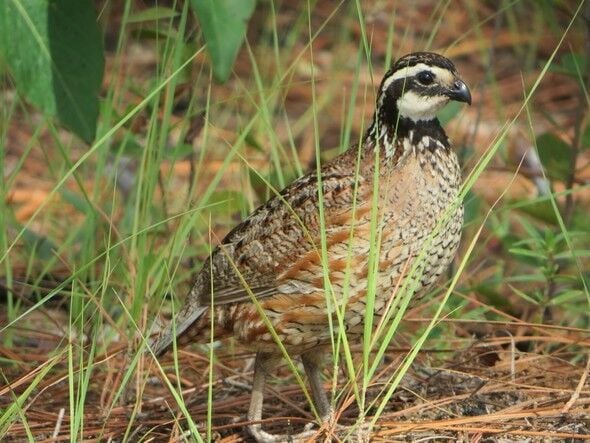 Bobwhite quail need the right habitat and mix of plants to thrive. SCDNR/Provided 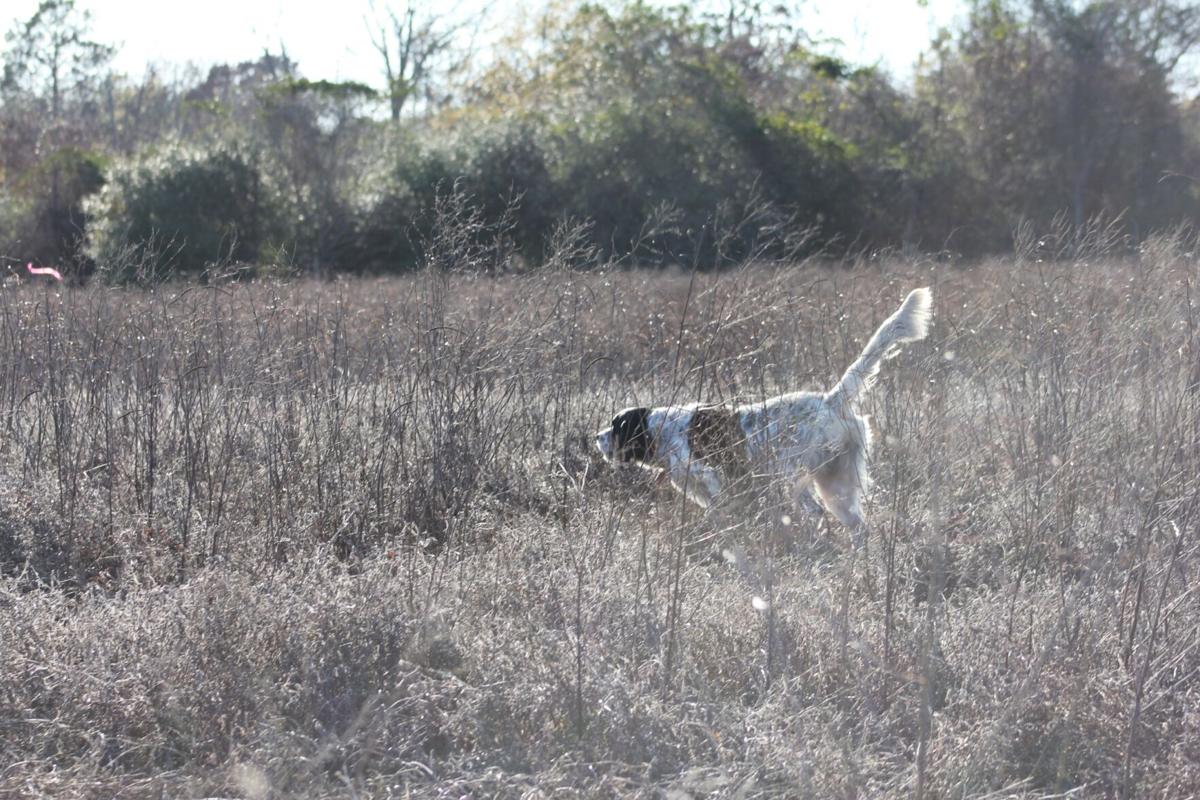 Watching a dog working for birds is an important part of quail hunting. Ashley Kemp/Provided

Bobwhite quail need the right habitat and mix of plants to thrive. SCDNR/Provided

Watching a dog working for birds is an important part of quail hunting. Ashley Kemp/Provided

For any hunter who has watched a dog coursing through a field, his head high and nose sniffing the air, then come to an abrupt stop, his nose lowered to the ground and his tail high in the air, the results of the S.C. Department of Natural Resources' 2020 Bobwhite Quail Whistling Cock Census is good news.

The data showed the highest number of birds heard since 2018 and continued an upward trend since 2015.

"It's pretty good news. Long-term, we're still way below where we were 40, 50 years ago," said Michael Hook, the wildlife biologist who heads SCDNR's small game programs. "The good news is that in the last five years we've been heading in the right direction, which is up."

Deer hunters beware: Those tree stands can be dangerous

SCDNR has been doing a quail census for the past 42 years. Hook said biologists try to sample the majority of approximately 70 routes each year in June and July. This year they were able to sample 66 routes.

"These are six-mile routes. The biologists go out right at daybreak and start at one end. They get out and listen for (the call of the male bobwhite) for eight minutes, then move up a half mile and get out and listen for another eight minutes. They do this for the entire route which ends up being 12 spots along that six-mile route. That gives us an idea of what's on the landscape," Hook said.

"In a single word, it's habitat," Hook said. "We don't have the habitat we once did. But it's not just one thing. It's a myriad of things. The way folks farm is different than the way they used to farm. The way they used to manage trees is different. Everything is much cleaner in both agriculture and tree farming. Both of them used to be messy, and the way they would farm and farm trees, they would create this messy habitat just as a by-product, and it turns out it was really good quail habitat.

Hook said bobwhites are considered a "scrub shrub bird." He said that the south Georgia quail habitat with towering pine trees and flowing grass underneath is "sorta what they need."

"But they don't need the big tall pine trees at all. They spend 90 percent of their time on the ground. What they need is grass for nesting. Then they need broad leaf weeds like beggar lice and rag weed and partridge peas. No. 1, for the seeds, and 2, they produce a lot of bugs for the chicks. Those weeds are the brood areas," Hook said.

Hook said approximately half of the whistle counts are done on Wildlife Management Areas while the other half are done along random country roads.

"We've really ramped up some bobwhite work on the last seven or so years on the WMAs and when you do that the birds respond. We're seeing pretty good gains on a number of our WMAs," Hook said.

Even with the good numbers on the summer census, Hook said that's not always a good predictor of what hunters will find when the quail season opens the Monday prior to Thanksgiving.

"As you can imagine, a lot can go wrong between June and July and November for a bobwhite," he said. "We're actually in the middle of our fall covey counts right now. We go out and listen for a different call, a 'koi-lee' call they do when they covey up in the mornings. That's usually a better indicator of what you have, what made it through summer and what you have going into quail season."

Hook advised hunters who want to visit WMAs to hunt to do their scouting and pay attention to the state rules and regulations.

"Down in your neck of the woods, you have the Webb Center, Hamilton Ridge and Palachucola (all in Hampton County). They're holding good bird numbers. The Francis Marion National Forest, where they're doing some thinning and burning, there are birds to be found there. Santee Coastal is working on their habitat. It's not there yet, but they're working on it and it may be sneaky good in a couple of years."

He also noted that there is a designated bird dog training area on the Edisto River Wildlife Management Area that is open now.

America’s Boating Club Charleston will hold a boating safety class on Nov. 7 at 1376 Orange Grove Road, Charleston. The class begins at 9 a.m. and ends around 4 p.m. Successful participants earn the S.C. Department of Natural Resources Boater Education Card. The cost is $25 for adults and youth 12-18 are free. Call 843-312-2876 or email lynes@tds.net.