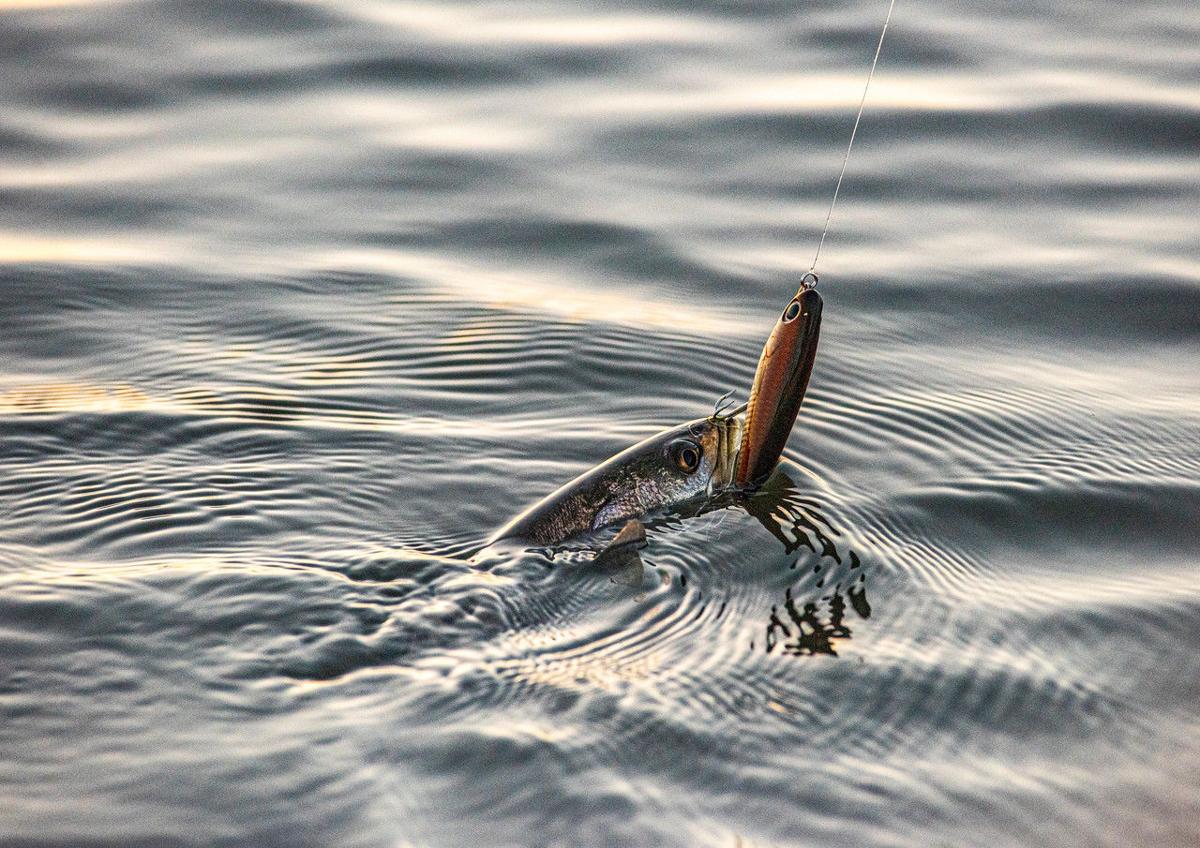 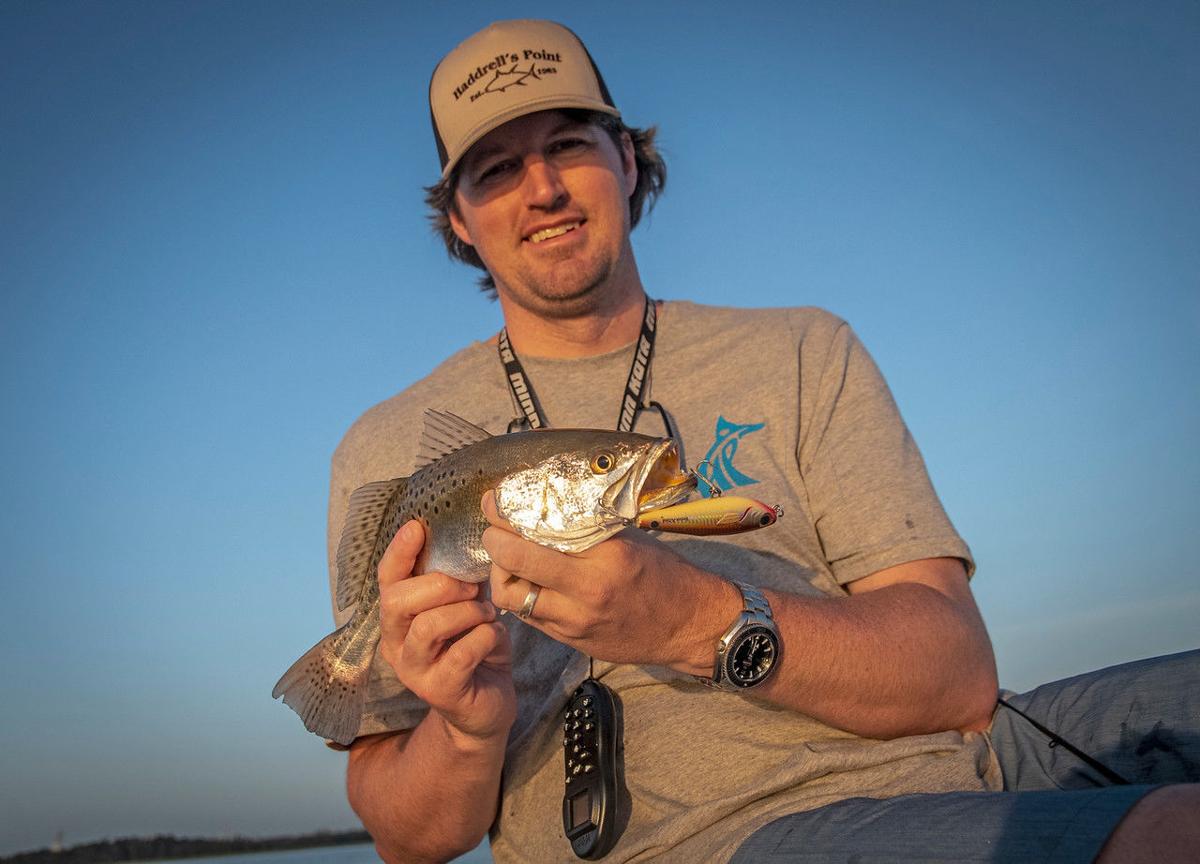 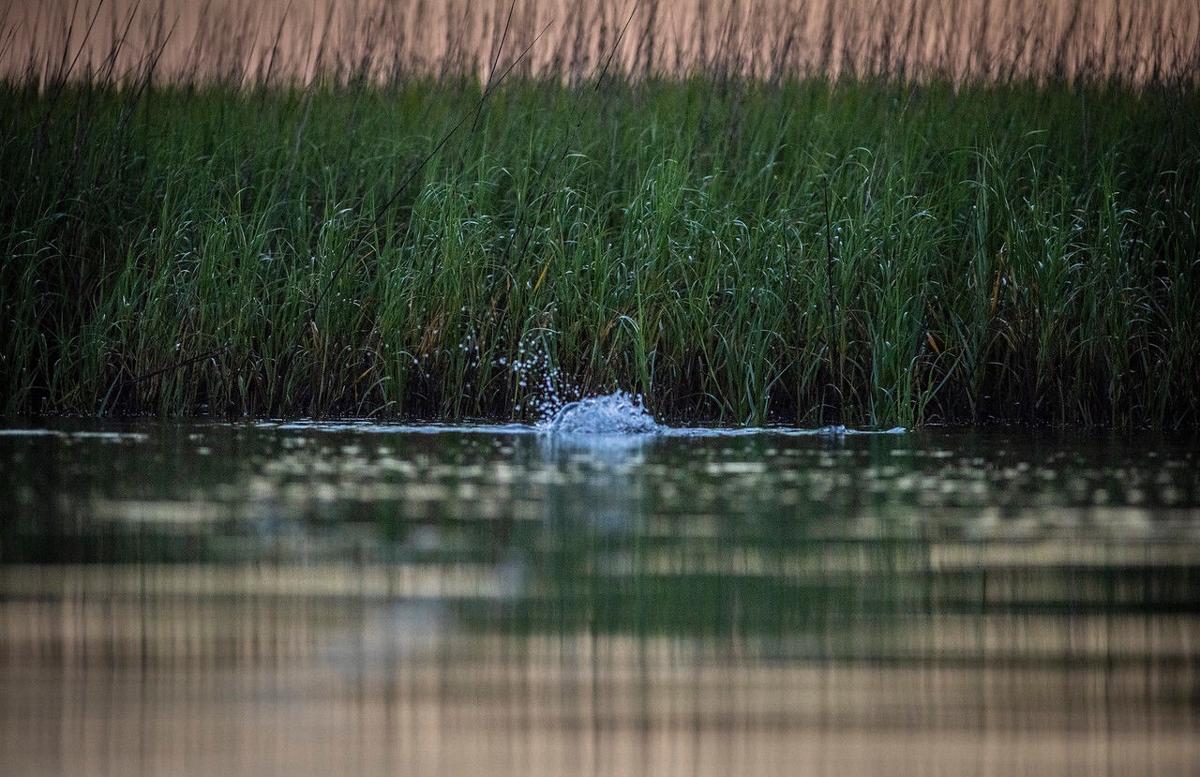 If there's one thing saltwater anglers need to learn this time of year, it's how to properly walk the dog.

No, this isn't about putting a leash on Fido. It's a specialized technique of "walking" a fishing lure from side to side across the water's surface, which can lead to a heart-stopping reaction as a big redfish or trout blasts upward in search of a meal.

"We call it walking the dog," said fishing guide Michael Able of Able-Minded Charters. "The lure does a side-to-side motion, almost like windshield wipers. To get the plug to do that, point your rod tip down toward the water. The rod tip only makes a 6- to 7-inch movement. Move the rod tip down gently and that makes the plug go to one side. In the meantime, you're reeling in slack and pushing the rod tip back down.

"It's kind of like rubbing your belly and patting your head at the same time," he said. "That's why it can be kind of tricky. But it's super important to get it right for it to work. I tell people don't hold the rod too terribly tight. I take my index finger and just tap it on the top of the rod handle. If you push it too hard, it makes the plug dive down."

It works with both spinning or conventional bait-casting equipment. Able likes to use Heddon's Super Spook Jr., but most manufacturers offer similar lures. He also cautions anglers to use a short fluorocarbon leader between the lure and braided line, which will help keep the braid from getting caught up in the lure's hooks.

"I don't think color makes a lot of difference. When the fish are looking up at it, they're seeing a shadow and hearing that noise and seeing that movement," Able said. "Anglers are going to pick a lure and pick a color and if they catch fish they'll continue to use that same one. That's kind of what I do myself. I have a few varieties, but I more or less stick to the same stuff."

Able said topwater fishing in Lowcountry waters is good from late April to early December. But it's especially good this time of year as the water temperature begins to drop.

"It gets better and better as the water cools down. Earlier this week the water temperature was 76 degrees. Once it starts getting below 60 is when it will slow down. You'll have less blowups, but they will still be quality fish."

Able said during the heat of the summer the topwater bite is best in the early morning, but as the water temperature drops you can continue to catch fish throughout the day.

"Redfish at low tide this time of year can be really good," he said. "I took a trip Tuesday and it was very good, a lot of fun. We had roughly a dozen trout and a dozen reds on topwater with a bluefish mixed in there. We had one red that was 11 pounds and several other redfish in that area, and we had one 5-pound trout. Those were the highlights for the day."

Able said he and his client were seeing large schools of mullet on the surface — "by the hundreds and hundreds" — and that's what the fish were chasing. What you try to do in walking the dog is mimic an injured mullet."

"The beauty (of topwater) is that you're constantly casting and working an area," Able said. "Even if you had no idea where to go, as long as you are fishing at the right time and working that lure properly, you can find new places to fish because you're covering a lot of ground. And you're not constantly having to stop and put a new bait on the hook.

"Topwater is so visual. You see that fish blow up and you know you're getting a bite. The downside is that the hookup ration isn't always that good because the fish has to come to the surface to hit it. I've seen redfish blow up on the surface and some would whack the bait five or six times before you get a hook in it."