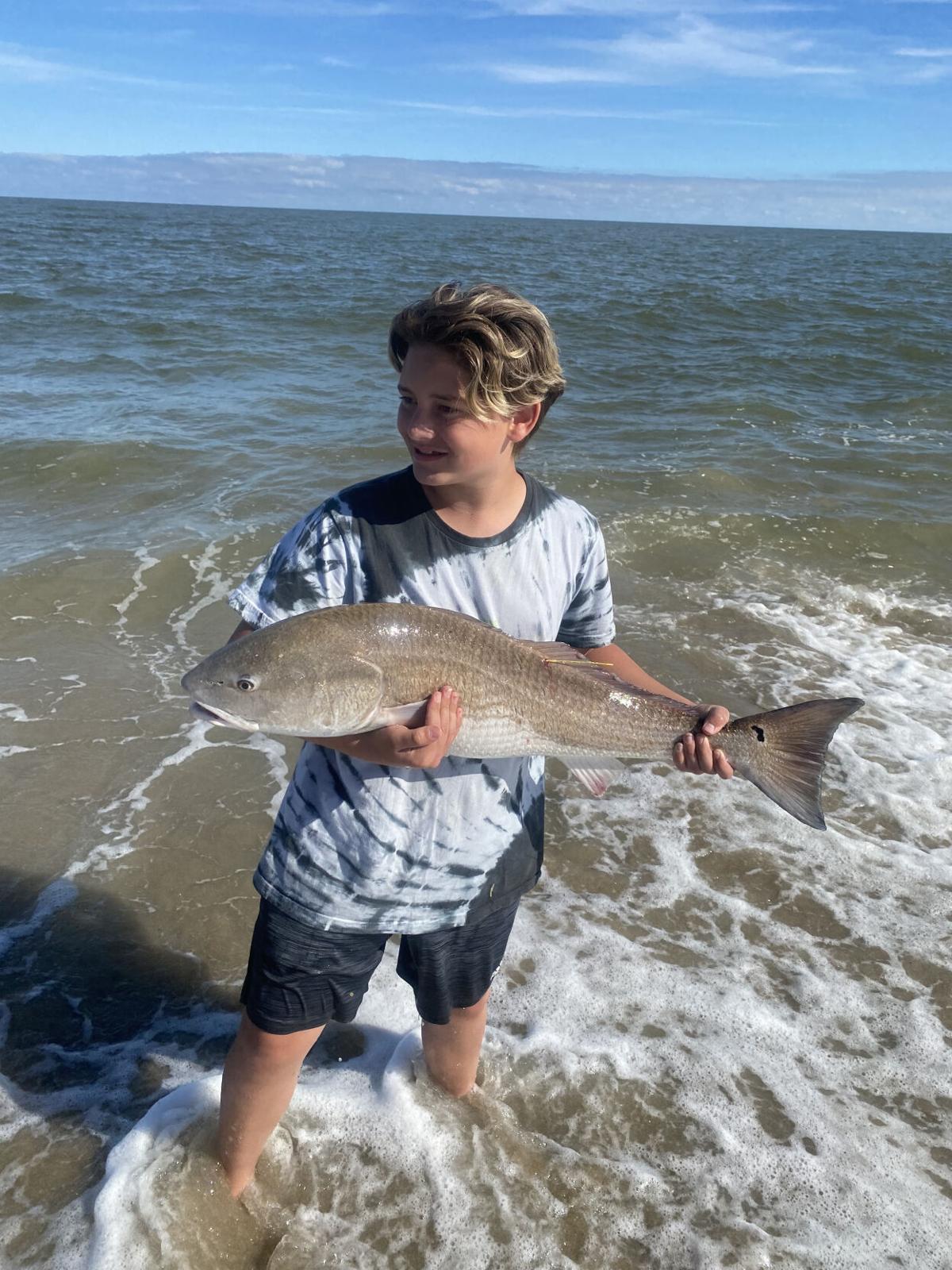 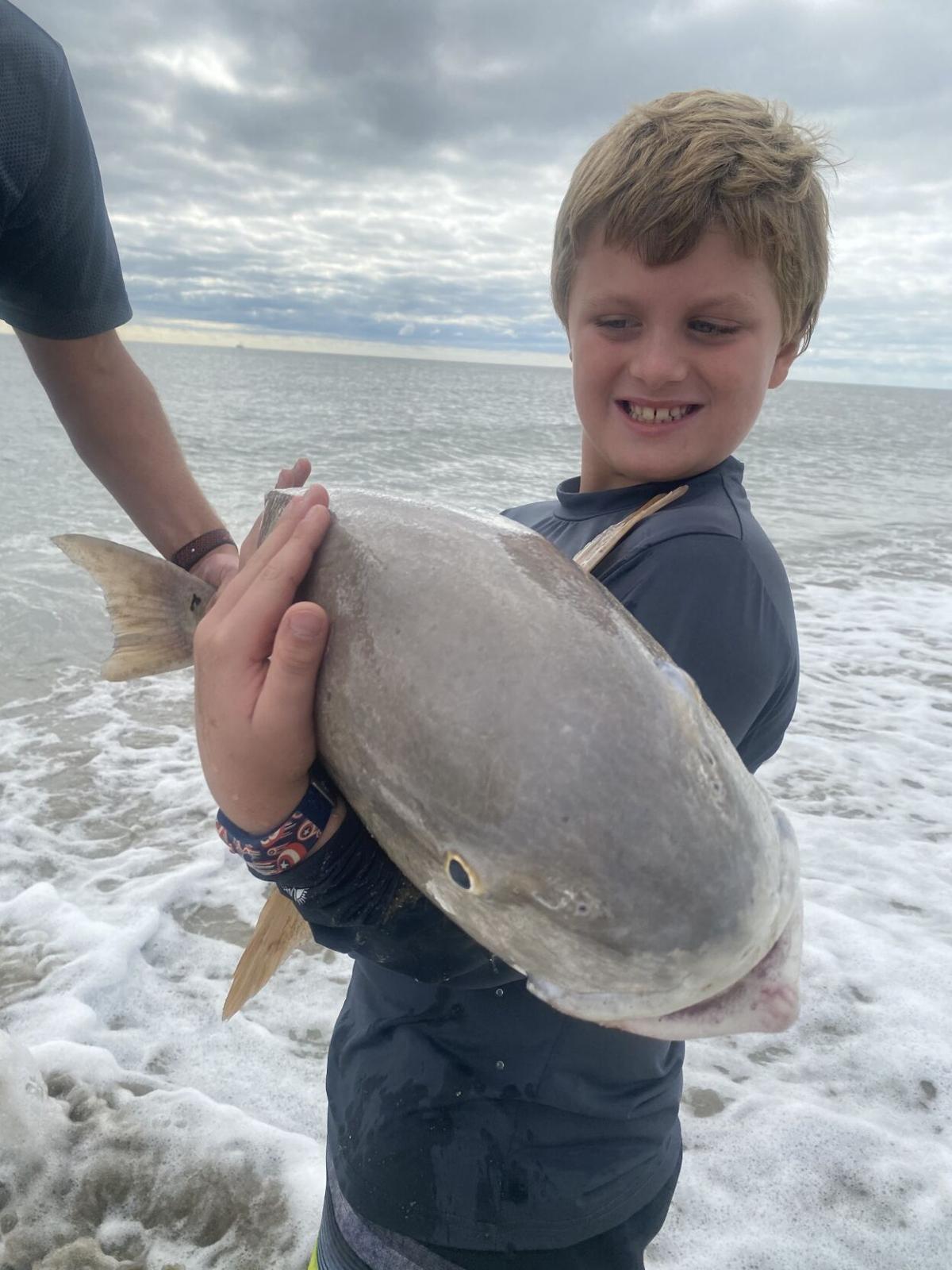 Grayson Powell caught this redfish at a barrier island while fishing with his grandfather Tom Probert of Awendaw. He was using bait he caught from the surf. Harry Johnson/Provided

Grayson Powell caught this redfish at a barrier island while fishing with his grandfather Tom Probert of Awendaw. He was using bait he caught from the surf. Harry Johnson/Provided

The month of October is a favorite for many fishing guides along the South Carolina coast. And with good reason.

Temperatures are becoming more comfortable for anglers and the fishing for red drum is at its peak. And not just any red drum, but the big bull redfish that can be found up and down the coast. Whether it's fishing the rocks at the jetties, the ocean inlets or casting into the surf from the beach, the red October bite is on.

If you are going to chase the big bull reds, you need to find the right spot. And fortunately there are plenty of to be found in the Charleston area, many of which are reachable only by boat.

The barrier islands north of Charleston – Dewees, Capers and Bull – and the inlets between are famed for their fall surf fishing. Morris Island, particularly on the southern end near the old Morris Island lighthouse, is another good spot to wet your line after a boat ride. Deveaux Bank, located in the mouth of the North Edisto River near Seabrook Island, is another remote spot with a storied history for catching big redfish.

The Charleston Jetties, though not designated as such, are one of the best artificial reefs around. In the late 19th century, boulders were piled off Sullivan's Island to the north and Morris Island to the south outward for approximately three miles to stabilize the shipping channel. All types of fish enjoy the submerged habitat created by these jetties, but they are a great spot to target big reds. Two of the best-known spots are the tip of the South Jetty and Dynamite Hole, an opening about a third of the way out on the South Jetty near Fort Sumter.

Even if you don't have access to a boat, there still are options for catching big redfish with a short hike to the shore. Just remember to give swimmers and other beach users plenty of space. Try Breach Inlet between Sullivan's Island and the Isle of Palms; the beach on Sullivan's Island near Fort Moultrie; the Mount Pleasant Pier (Folly Beach Pier is closed for reconstruction); either end of Folly Beach; the public Beachwalker Park at Kiawah Island; or head to Edisto Beach and hike north of the state park.

The key to success when fishing for reds is having the right bait and tackle.

Remember that fishing for these big red drum is catch-and-release only. The daily bag limit for red drum is two per person, six per boat and the fish must measure at least 15 inches and no more than 23 inches in order to be retained. The 75-pound record set in 1965 will never be broken.

And if you are fishing for these big redfish, treat them like the treasures they are. Make sure you have sufficient tackle to land them quickly and learn how to revive and release them. If you remove the fish from the water for a photo, do so quickly and support the fish horizontally, not vertically. Holding any fish and hanging it by the jaw is a good way to damage its internal organs.

A sturdy 6½- to 7-foot rod, and a reel spooled with 20-pound test line are sufficient to land most redfish, although you may want a longer rod if you are fishing from the surf.

At the business end, you need some solid terminal tackle. The S.C. Department of Natural Resources recommends using a non-stainless circle hook with a fixed weight as a means of avoiding hooking the fish in the gut. The circle hook is designed so it usually catches in the corner of the fish's jaw. Use a short leader and a three-way swivel.

Attach your weight to one of the eyes on the swivel and a six-inch length of line with the hook to another eye. You can then attach a length of line to the third eye with a swivel or connect your main line directly to the third eye of the swivel. You can also forgo the three-way swivel and use an egg sinker that is affixed on the leader, followed by the short leader and circle hook. Filing the barb down on the circle hook can make it easier to release the fish.

Fresh bait is always the best, and the bait most favored by top fishing guides is live menhaden, which can be caught using a cast net. As the water temperatures slowly drop, it can become more difficult to find menhaden. Another top bait for big redfish is mullet.

To improve your chances of catching a big redfish from shore, you need to learn to read the water. Ditches, or sloughs, are underwater highways for baitfish and the gamefish chasing the bait and can be revealed by the breakers.

Good luck, and don't miss out on these big bull reds.

The East Cooper Outboard Motor Club will hold its annual turkey shoot Nov. 3-24 from 6:30-10 p.m. at Goldbug Island in Mount Pleasant. Last year the event donated $30,000 to Lowcountry charities and since the shoot began in 1997 it has raised $483,500 for charity.