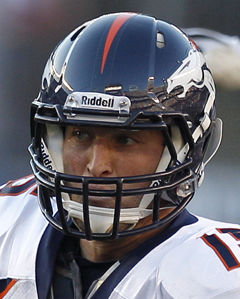 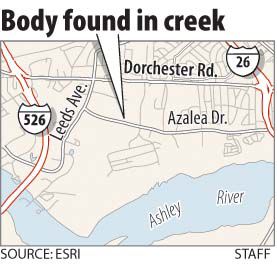 Frankly, some people have mixed feelings about the former Florida Gators' Heisman Trophy-winning quarterback and his willingness to credit God for football success.

"Somebody was looking out for us," University of South Carolina head coach Steve Spurrier said in September just after the Gamecocks won at Georgia, 45-42, with two touchdowns on defense and one on special teams.

The immensely popular 24-year- old Denver Broncos quarterback is a believer, little doubt about that. But there are lots of top professional and college football players -- including Clemson and South Carolina stars -- out there tweeting Bible verses and huddling for midfield prayer after games.

Clearly, Tebow's 7-1 record this season is overachievement for a second-year pro. And how about that T.J. Yates kid? The Texans rookie, the first ex-North Carolina Tar Heels quarterback ever to start in the NFL, is 2-0 since taking over in Houston. While Tebow was a first-round pick, Yates was a mere fifth-rounder.

What really separates Tebow from the NFL norm is the way the Broncos win.

Team Tebow has turned a stodgy league on its head with its rewired college offense featuring zone-read runs and option pitches.

Take it from a Lowcountry resident who tried to come up with ways to stop Tebow once a season for four years.

"To run this offense you have to have a unique person, and he is unique," said former Vanderbilt head coach Bobby Johnson, now living on the Isle of Palms.

There hasn't been anything as strange and effective as this in the Super Bowl era, a borrowed concept confounding the copycats. Denver is first in rushing and 31st in passing in a "quarterback league."

"A couple years ago, Miami put those Wildcat guys in there at quarterback and they were making people look silly for a while with

options and zone reads," said Johnson, a former Furman head coach and Clemson defensive coordinator. "So, this isn't exactly new. To me, the thing that makes it work is that he's such a tough competitor."

Johnson recalls a play in which Vanderbilt's All-SEC linebacker, Jonathan Goff, now with the NFL's New York Giants, collided with Tebow during the quarterback's freshman year at Florida.

"It was one of the hardest hits I've ever seen," Johnson said. "It didn't faze (Tebow). He got up and was ready to go the next play."

In fact, Tebow looks more like a linebacker taking snaps for the first three quarters of Denver's games. His passes look like soccer balls fluttering downfield.

Tebow over the last two months has been ridiculed by people who think he gets too much publicity, won admirers, and led the Broncos from 1-4 to the brink of a playoff home game.

It must be as much fun for Tebow as the chilly night of Nov. 10, 2007. He ran for three touchdowns against South Carolina at Williams-Brice Stadium.

Then they played the second half and Tebow ran for two more scores with a pair of touchdown passes in a 51-31 Florida win.

Interesting stat: Spurrier as the Gamecocks head coach went 0-4 against Florida with Tebow in the lineup but is 3-0 against his alma mater minus Tebow.

"When (Tebow) was at Florida, they had a huge number of weapons," Johnson said. "They had receivers and they had running backs and he just made them all that much more dangerous. When you tried to take them away, he killed you.

"I didn't think he would be that dominant in the pros because everybody has talent and so talent gets neutralized. He throws the ball well enough to get the job done but sooner or later you have to ask yourself, 'How long can this go on?' "

Maybe not much longer.

But already longer than expected.