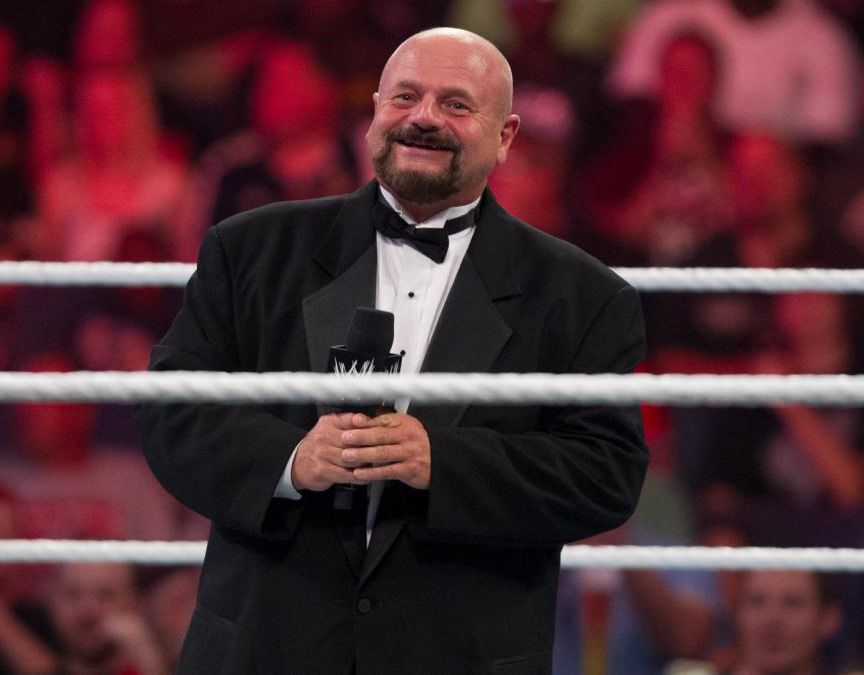 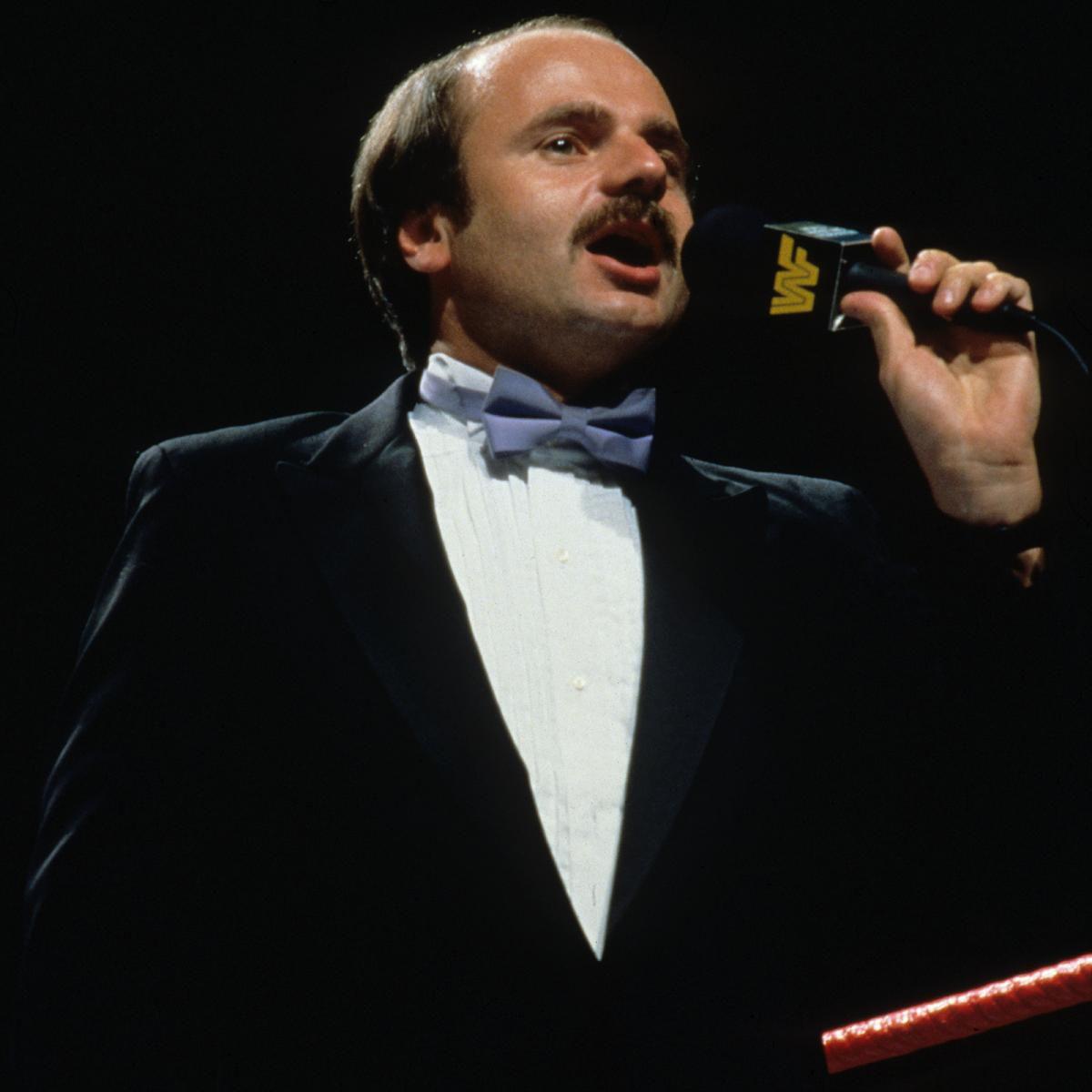 If you were a fan over the past several decades, chances are you were on the edge of your proverbial seat when you heard Howard Finkel introduce some of the greatest stars of the modern generation of professional wrestling.

And oh, what a glorious and powerful voice it was, as the man affectionately known as “The Fink” seamlessly called out the superstars as they prepared for battle. It was a voice whose booming cadence marked the crowning of new champions, like Hulk Hogan, Ric Flair and Steve Austin, and punctuating the occasion with his signature call, “and the NNNEEEWWW world champion!”

That iconic voice was extinguished Thursday when Howard Finkel passed away at the age of 69.

Known as the voice of Madison Square Garden, Finkel was the company’s primary ring announcer until 2000 when Lillian Garcia and Tony Chimel took over duties on the Raw and Smackdown shows. By the mid-2000s, he was taken off pay-per-views and transitioned into a backstage role, continuing to make occasional appearances throughout the years at special events.

The Newark, N.J., native joined the then-WWWF in 1975 and made his Madison Square Garden debut two years later. When the WWF was established in 1980, Finkel was the first on board and eventually became its longest-serving employee.

Finkel announced many of the biggest moments in WWE’s history for three decades.

“The grandest moments in sports-entertainment history were made all the grander thanks to Howard’s iconic voice,” said WWE CEO and owner Vince McMahon.

“You weren’t someone until you heard Howard announce you,” WWE exec Triple H (Paul Levesque) posted on Twitter. “A championship win didn’t feel real until you heard him say ‘and the new!’ His voice, his personality and his positivity will be sorely missed. Thank you for everything … especially your friendship.”

“In what has already been a tough week for our WWE family, today we lost our first-ever employee and WWE Hall of Famer Howard Finkel. Howard’s voice is iconic and recognized by generations of fans. He will be missed,” tweeted WWE Chief Brand Officer Stephanie McMahon.

Noted for his trademark tuxedo, Finkel appeared at every Wrestlemania from 1985 to 2016, the same year The Undertaker’s famous win streak came to an end. He returned in 2018 to announce The Undertaker for the 25th anniversary of Monday Night Raw.

Far from perfect, but Wrestlemania 36 is one we’ll remember

Finkel told Slam Wrestling in a 2014 interview that he originally pitched the “Wrestlemania” moniker to Vince McMahon when the concept was first formed.

Recalling the huge impression The Beatles had created in 1964, Finkel approached McMahon during a meeting while brainstorming for a name.

“This was 1984, so I said 20 years ago four guys from Liverpool came across the shores to the United States and made a phenomenal impression on everybody. They called that Beatlemania. So I said, ‘There was Beatlemania. Why can’t there be Wrestlemania?’”

Finkel participated in his only match when he fought manager (and longtime friend) Harvey Wippleman in a “Tuxedo Match” on Raw in 1995, and in 1998 at Summer Slam he assisted X-Pac in shaving Jeff Jarrett’s head in a hair vs. hair bout.

A WWE lifer, Finkel was universally beloved by those throughout the wrestling industry.

Finkel, whose sharp wit was a match for similar gag artists like Bobby Heenan and Gene Okerlund, wasn’t just a friend during the good times, but he was also there for the hard times as well.

“Howard Finkel was on Team Hogan through the good and bad times,” recalled Hulk Hogan. “Even when I was on the outs Howard would call on a consistent basis to tell me to always keep my head up. It was ‘never say never’ and ‘you and Vince will work it out.’ My good friend RIP. I love you 4LifeHH.”

Funk-Brisco was a wrestling rivalry for the ages

“Saddened about the passing of my friend and colleague, Howard ‘The Fink’ Finkel. Fink was my main contact when I first starting getting myself and Jeff booked as extras in the mid-‘90s. Howard always took great care of us and had a soft spot in his heart for The Hardy Boyz,” tweeted Matt Hardy.

Many current wrestling superstars recalled the influence Finkel had on them as young fans.

“A genuine, warm and compassionate man who absolutely loved his job,” Finkel was the best ever, Edge (Adam Copeland) posted on social media. As a young fan, Edge considered The Fink’s distinctive voice as the soundtrack to his generation.

“Howard Finkel was the voice Christian (Jay Reso) and I emulated when we performed our own ring introductions for our living room or side yard (depending on the weather) wrestling ‘shows.’ I know there’s an entire generation of kids, now grizzled adults, who did the same thing. He was ‘our voice.’ When I debuted in the WWE and I heard Howard’s voice introduce Edge, I welled up. That’s when it became real that I’d made it. I will never forget the goosebumps I had the night on a house show at The Skydome when he said and ‘NEEEEEEWWWW Intercontinental Champion.’”

The affable announcer’s encyclopedic knowledge of the business also endeared him to many.

“In addition to his legendary tenure as a ring announcer, The Fink was an indispensable resource inside the WWE offices for his vast knowledge of sports-entertainment history … Well respected by current Superstars, WWE Legends and Hall of Famers, Finkel’s encyclopedic memory and kindness made him beloved among his colleagues,” WWE said in a statement.

“He was always happy to offer advice too, WWE's Renee Young posted on Instagram. “Howard always had so many kind words of encouragement for me when I first started working with WWE … it was a pleasure to know him.”

Neither did his loyalty go unnoticed.

“So sad to hear of the passing of my friend, the greatest ring announcer in the biz, Howard Finkel, at the age of 69,” tweeted WWE Hall of Fame announcer Jim Ross. “The Hall of Famer is now ring announcing in Heaven. No one was more loyal or loved pro wrestling more than The Fink.”

While no cause was immediately given for his death, Finkel suffered a stroke several years ago, and in 2016 had surgery on a herniated disc in his lower back.