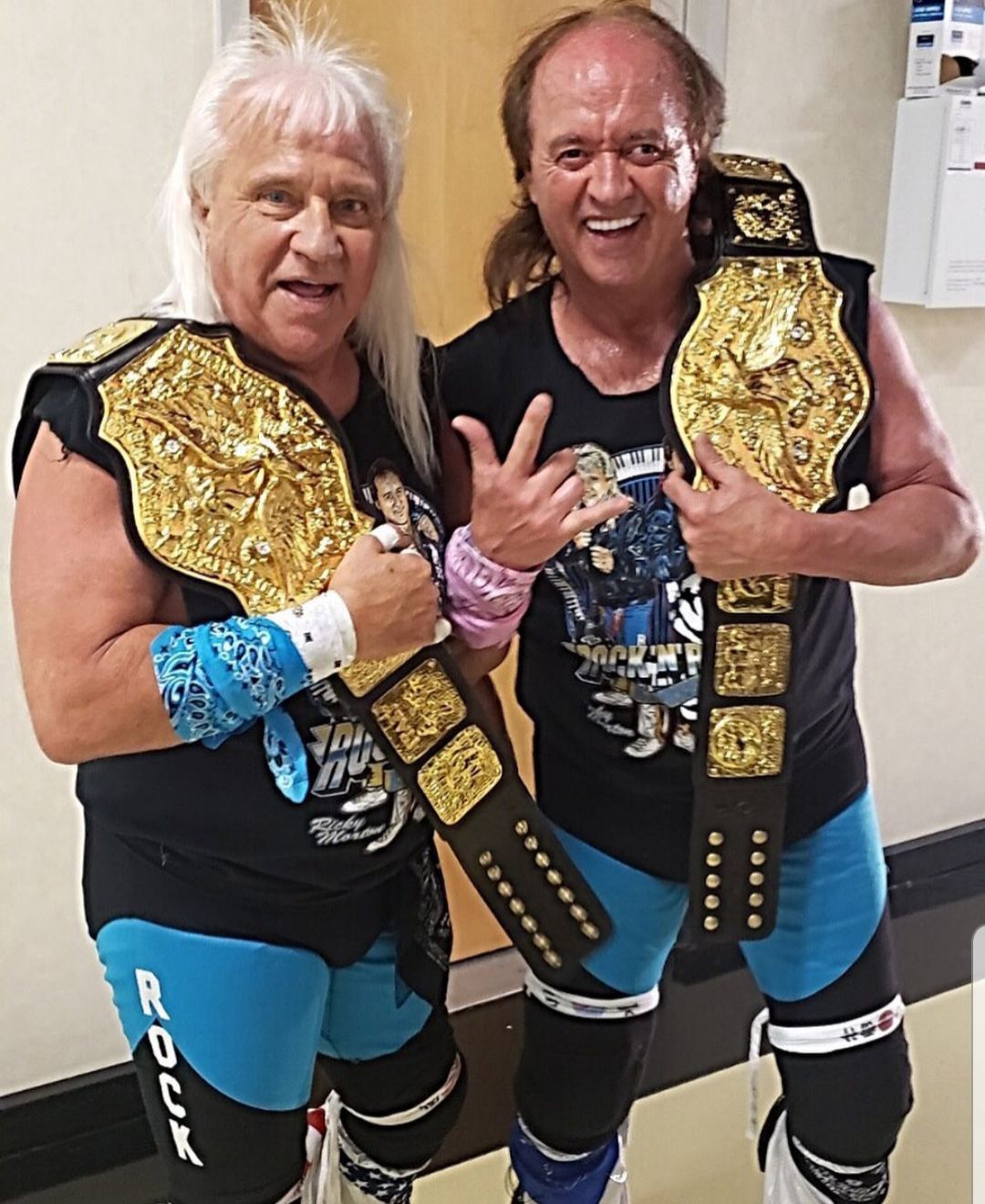 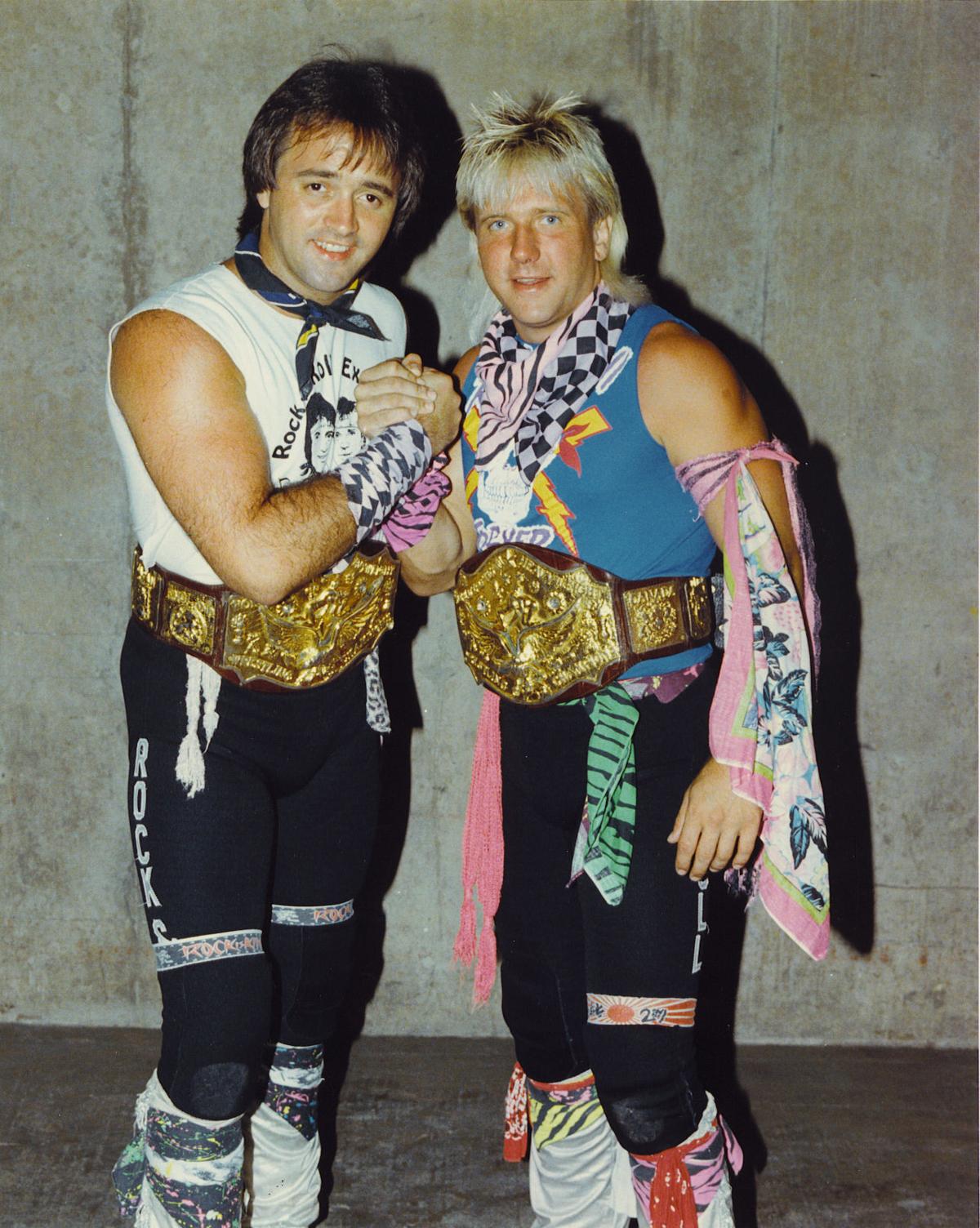 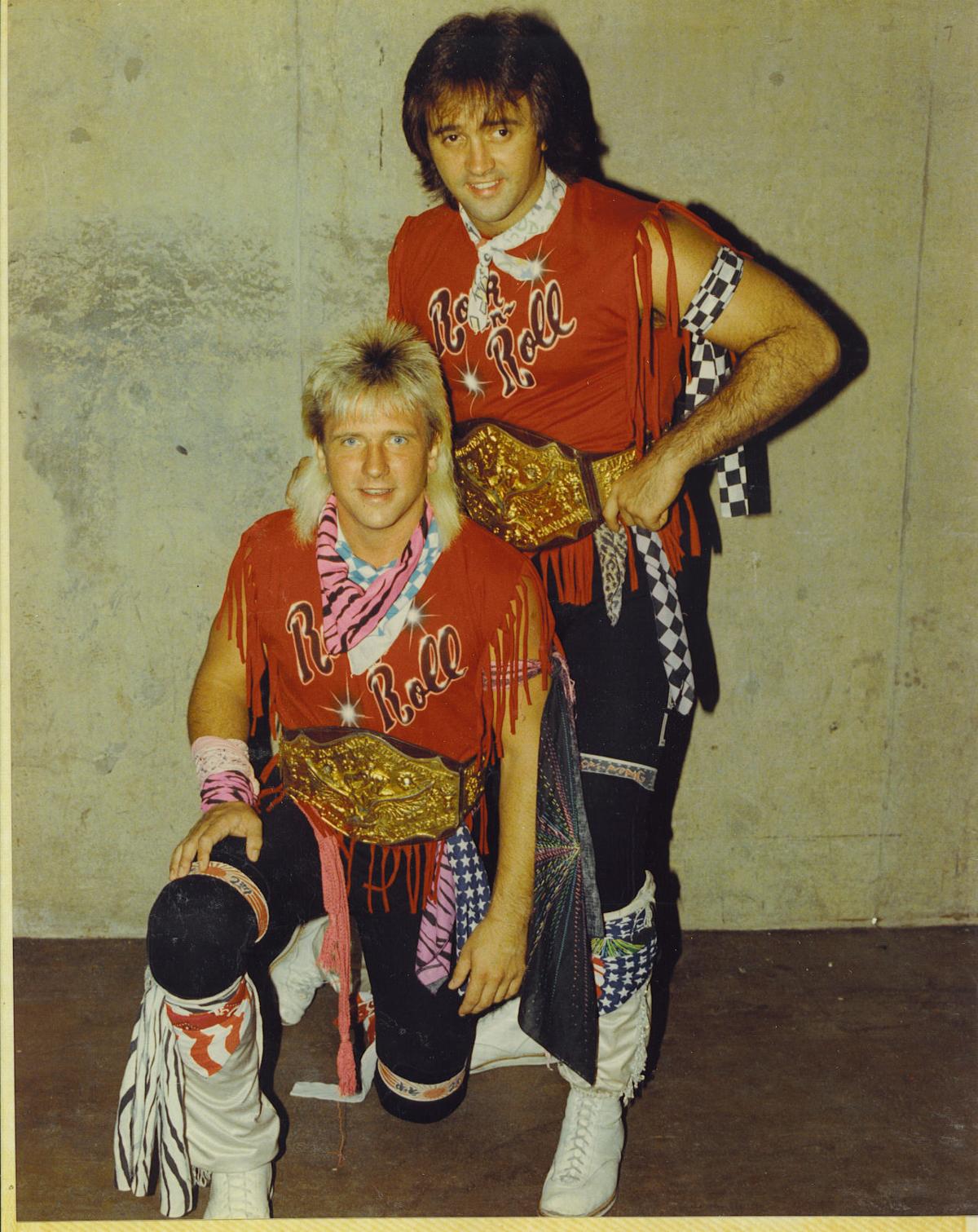 Ricky Morton (left) and Robert Gibson, better known collectively as The Rock 'n' Roll Express, were The Beatles of the wrestling scene as they combined sex appeal with high energy and talent in the ring. Provided/Eddie Cheslock

That’s Ricky and Robert. Punky and Hoot. The same guys who carried the gold more than three decades ago.

In many ways, last week marked the dawn of a new era in professional wrestling.

The Wednesday Night Wars officially began, 18 years after the conclusion of the Monday Night Wars. Smackdown celebrated its 20th anniversary on the Fox broadcast network.

And in front of a small audience at a TV studio in Atlanta, 63-year-old Ricky Morton and 61-year-old Robert Gibson won the world tag-team belts for the ninth time. The two began teaming in 1983.

Let that sink in for just a moment.

Ricky Morton did, and posted his thoughts on Instagram following the mat milestone.

“As I type this, a tear comes to my eye. At 63 years old, my dreams never stop. We have wrestled the toughest tag teams on the scene today and have taken many ass whoopings. But it all led to this moment.

“When the three-count was official and the bell rang, my emotions ran out of my body. We had just become nine-time world tag-team champions. Hoot and I have had our highs and lows. This is something we shall truly cherish.”

And who better to have orchestrated the proceedings than another old rock 'n' roller, Billy Corgan, who in addition to being the longtime frontman for Smashing Pumpkins, is the owner and president of the National Wrestling Alliance.

The new home for NWA’s television tapings, GPB (Georgia Public Broadcasting) Studios in the heart of Atlanta, is just a stone's throw away from the Techwood Drive studios that hosted Georgia Championship Wrestling back in the 1970s and ’80s.

The NWA’s weekly show is called NWA Power, and it will air on the promotion’s Facebook page and YouTube channel at the familiar time of 6:05 p.m. on Tuesdays starting Oct. 8. The NWA also has plans for a pay-per-view in Atlanta on Dec. 14.

The Rock 'n' Roll Express, inducted into the WWE Hall of Fame in 2017, won their first NWA world tag-team title their first night in the Mid-Atlantic wrestling territory by defeating Ivan Koloff and Krusher Khruschev in June 1985 at a TV taping in Shelby, N.C

Thirty-four years later, their hair is thinner and the teenybopper fans have children of their own, but Ricky and Robert are still entertaining wrestling crowds and keeping the memories alive

The R&R Express (standing for Ricky and Robert) was considered as a name for the new team before it eventually evolved to The Rock 'n' Roll Express. The new moniker, says Morton, was a collaborative effort between Lawler and Jimmy Hart, who helped produce the team’s first music video, Joan Jett’s “I Love Rock 'n' Roll.”

“They were friends, and Jimmy was into the rock and roll. Lawler put us together, and Jimmy Hart really came up with the name. It worked out great for us.”

“I remember the first day when he did this,” recalled Morton. “We really weren’t prepared ... we didn’t know what kind of outfits to wear.”

Lawler had a pair of skin-colored tights that he suggested for Gibson.

“But then we went to a flea market behind Mid-South Coliseum and bought some bandannas, feathers, all kind of stuff.”

For Morton, a conventional wrestler who wasn’t accustomed to a lot of bells and whistles, there was a definite feeling of uneasiness sporting the new rocker getup.

“I was kind of embarrassed. I was used to wearing regular wrestling stuff. But when they played our music, we went out and those people instantly bought it. The fans went crazy.”

That is, adds Morton, all but one.

“One of the fans stopped me out back and said, ‘Hell, I didn’t know whether ya'll were Indians or Gypsies,” laughs Morton. “But from there we smoothed out all the rough edges.”