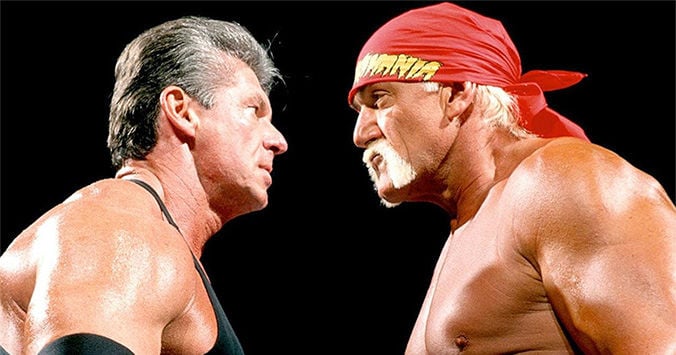 Hulk Hogan locked horns with Vince McMahon in a street fight at Wrestlemania 19 in 2003. Provided 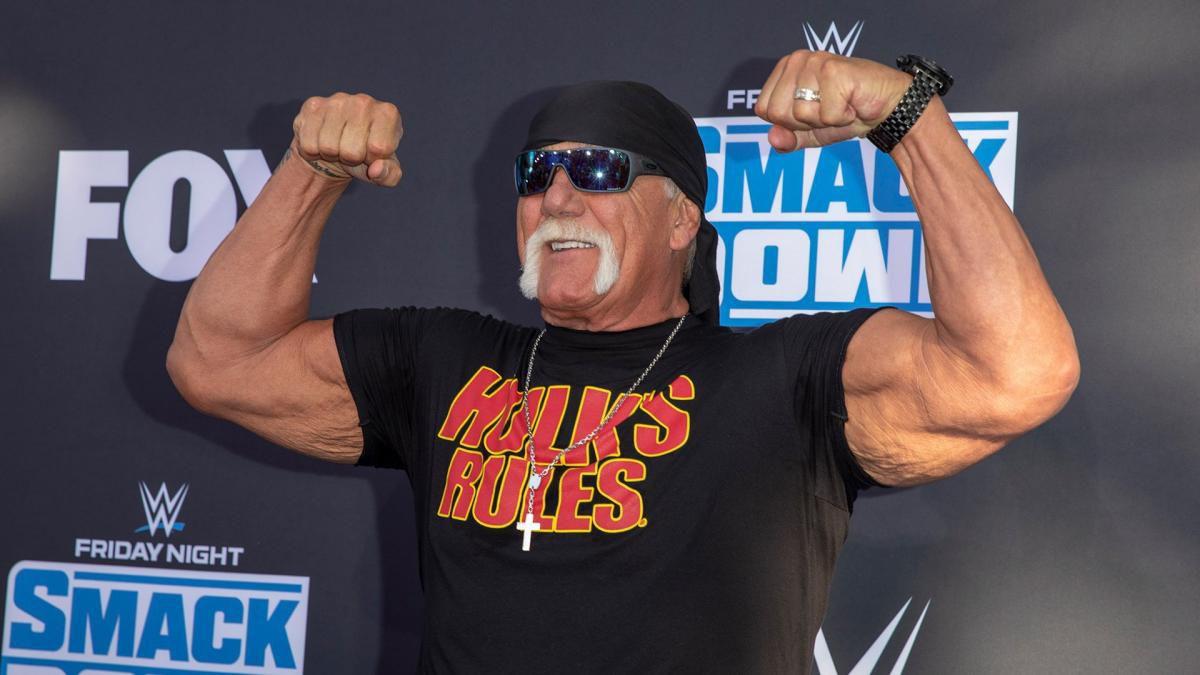 Hulk Hogan wants to come out of retirement for one more match with Vince McMahon. Provided/WWE 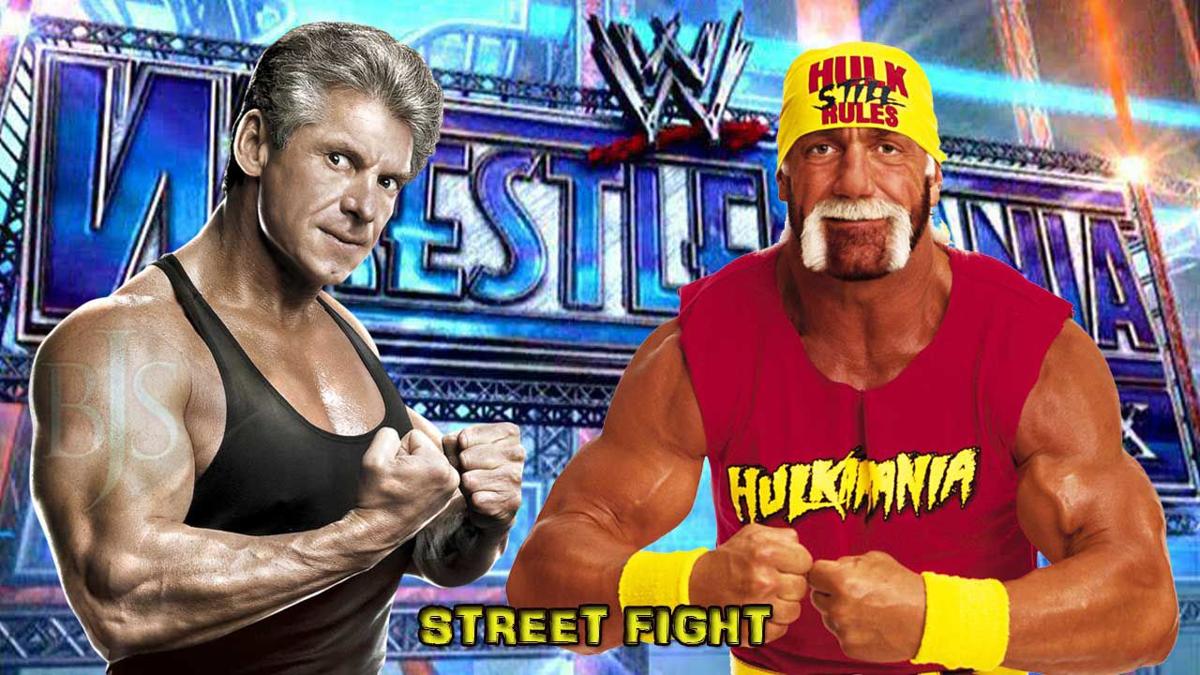 Hulk Hogan defeated Vince McMahon in a street fight at Wrestlemania 19. Hogan was to retire from pro wrestling if he had lost. Provided

At Wrestlemania, “The Grandest Stage of ‘Them All,” no less.

If the Hulkster has his way, it could happen.

Facing an eighth back surgery, Hogan is hoping to recover in time for one final match in his hometown of Tampa, Fla., at Wrestlemania 36.

A bout between the two figures most responsible for the national expansion of the World Wrestling Federation in the mid-1980s would obviously be an attention-grabber in the year 2020. With a combined 140 years in the ring, such a match would have to be carefully booked. It would be a great nostalgia act, and even more of a novelty match than it was nearly 17 years ago when the two last clashed in the ring.

While so far such a meeting is purely speculative and based on Hogan’s desire for one final ring hoorah, it’s within the realm of possibility that McMahon, the billionaire WWE owner, might welcome the buzz that the bout would surely generate.

BetOnline has already listed early betting odds for the match, with Hogan listed as a -300 favorite, while McMahon is a +200 underdog.

Hogan recently told the Los Angeles Times that he wouldn’t be satisfied if the final match of his career occurred outside WWE, and that he’s talked to McMahon about a potential return to the ring.

“I talked to Vince and I said I really don’t know if I could live with myself knowing my last match was with TNA. If I can get fixed, I pray I can have one more match. I told Vince, ‘When I get through this back surgery, I’m going to get in the best shape of my life and we’re going to talk about me having one last retirement match.’”

It wouldn’t be the first clash between the two. Hogan and McMahon collided at Wrestlemania 19 in 2003, with the Hulkster putting his career on the line in a street fight.

Hogan was 49 years old and McMahon was 57 years old at the time. The bloody 20-minute bout was better than most expected, and both complimented one another when it was over.

“I was surprised. He was a great wrestler, a great worker,” said Hogan. “And he made the fans get into a frenzy. Every match would be a Vince McMahon match if I had my choice because it was like a piece of art getting in there with him. He’s such a character. He knows how to work the crowd so much. Everything you do with Vince means something. He’s so well-hated.”

McMahon would say that he had only one regret after the match.

“I want to go do it all over again right now. That’s my only regret.”

“I looked at (McMahon) and realized this guy has got it in his blood just like I do,” added Hogan. “I realized that no matter what really happened here tonight, the people were going to win because there’s two guys out there that will do anything. Anything to keep this art form alive. Out of all the things that are different about Vince and myself, we’re so much alike it’s scary.”

Fast-forward 16 years later, and Hogan would like to give it one more go.

Hogan’s last match was with TNA six years ago. His last WWE match was in 2006 against Randy Orton at the Summer Slam pay-per-view.

McMahon’s last match was in October 2012 against CM Punk in a Raw main event after Punk had interrupted a ‘State of the WWE’ address from the boss earlier in the broadcast.

But Hogan wants one final match before his in-ring career is officially over. And he has vowed to “get in the best shape of my life” if his wish to wrestle the 74-year-old WWE chairman is granted.

“I’d love for it to be against Vince,” he said. “I had such a great time with him in the ring at Wrestlemania 19. I had no idea what to expect from him, but he’s a great bad guy. His timing is great. I loved wrestling him, but everything he does hurts. When you’re in the ring with someone and they’re hurting you, you kind of pinch them on the wrist, and the whole match I was doing that to Vince. I was like, ‘Vince, take it easy!’ Everything he does hurts, but I’d like to get in the ring with him one more time for my last match. That would be perfect.”

And he’d like nothing better for that last match to be held at Tampa Bay’s Raymond James Stadium at WWE’s yearly extravaganza.

“This is my hometown, and this is where I fell in love with wrestling,” Hogan, who attended the University of South Florida in Tampa before pursuing a career in pro wrestling, said earlier this year. ‘When you’re inside this stadium next year, when you guys see the energy, when you feel the energy, when you see all the pyros and the laser lights and the matches and stuff, there’s gonna be an energy and a level ... Everybody here’s going to get to experience that.”

Does Hogan have one more incredible in-ring moment in him? Can Hulkamania run wild one final time inside a WWE ring? Does he have one more legdrop (his fearsome finisher that is no longer safe for him to perform due to his countless back surgeries) left in his arsenal?

Publicly shamed, Hogan returned to the WWE fold a year ago after spending several years in exile. He was fired and released from the company in 2015 for using racist language in a leaked sex tape.

His return to the company, which included his reinstatement to the WWE Hall of Fame, was mixed.

“I’ve found out the more scars you get on you, the more some people relate to you,” Hogan said in a recent interview with the Chicago Tribune. “I’ve been through a lot obviously. I have a ton of scars, and people actually relate to me more because of that. I’m not perfect, but it’s about standing up, owning it and moving forward. I’m so happy to be back.”

Since returning he has hosted several events and pay-per-views for the company. He will also be the coach/leader of a five-man team later this month (Oct. 31 to be exact; falling on Halloween may be a pure coincidence) when he leads Team Hogan against a team captained by Ric Flair in Saudi Arabia at Crown Jewel, which has caused controversy due the politics that surround hosting an event in the Middle Eastern kingdom.

The second Crown Jewel event in WWE history, it will mark the company’s fourth event in a 10-year-long partnership with the Saudi Sports Authority.

Attired in his traditional red and yellow and coming out to his “Real American” entrance song, Hogan opened a Crown Jewel event one year ago. It was his first appearance on WWE programming since 2015.

It also was an event boycotted by John Cena and Daniel Bryan, with the company facing additional criticism over the fact that none of WWE’s women’s roster were allowed to wrestle at the show.

While that oil-rich nation might be a more politically palatable site for an eventual Hogan-McMahon match, that’s not where Hogan wants to hang up his tights.

To have his final match in his hometown on wrestling’s biggest stage could be redemption for the Hulkster. A bond still exists between the boss and the man who was once the cornerstone of his company.

As unbelievable as such a matchup might seem, don’t forget that time-worn axiom in pro wrestling.