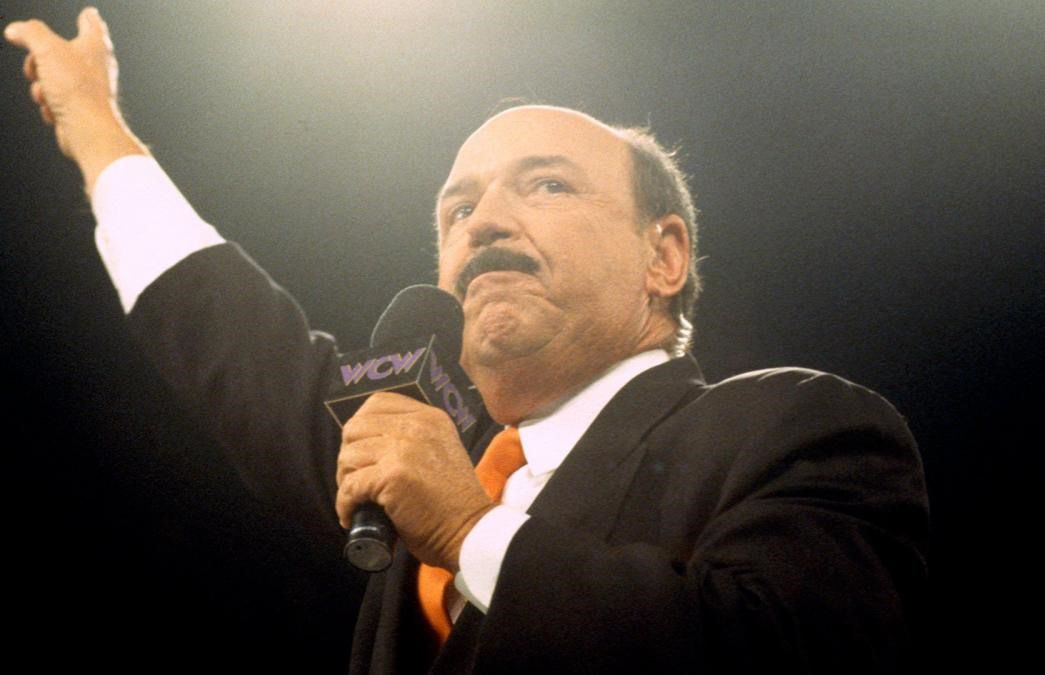 Gene Okerlund was one of the wrestling industry’s most iconic interviewers. WWE photo 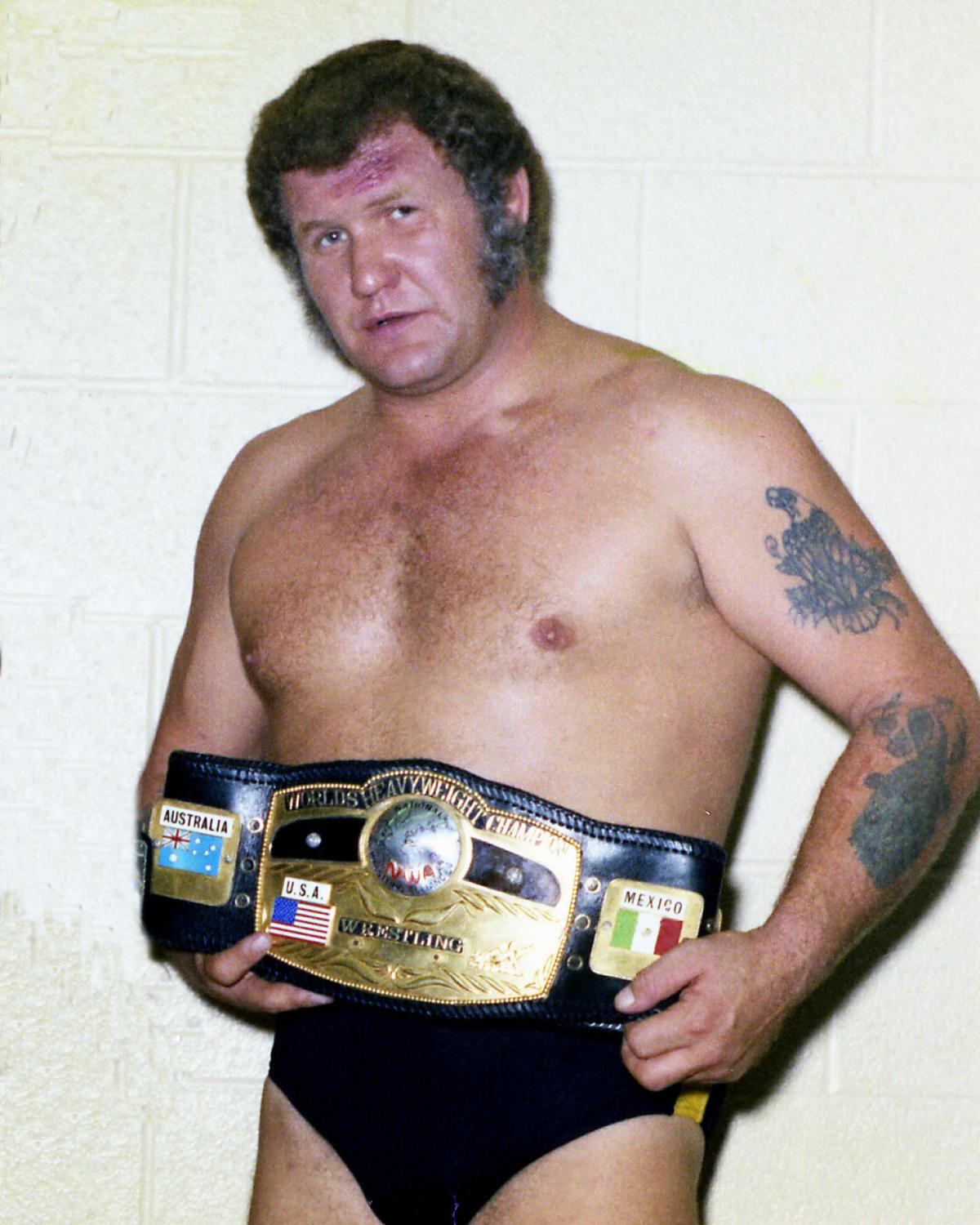 Harley Race was a legend of the sport, winning the NWA world heavyweight championship on eight occasions. Chris Swisher Collection 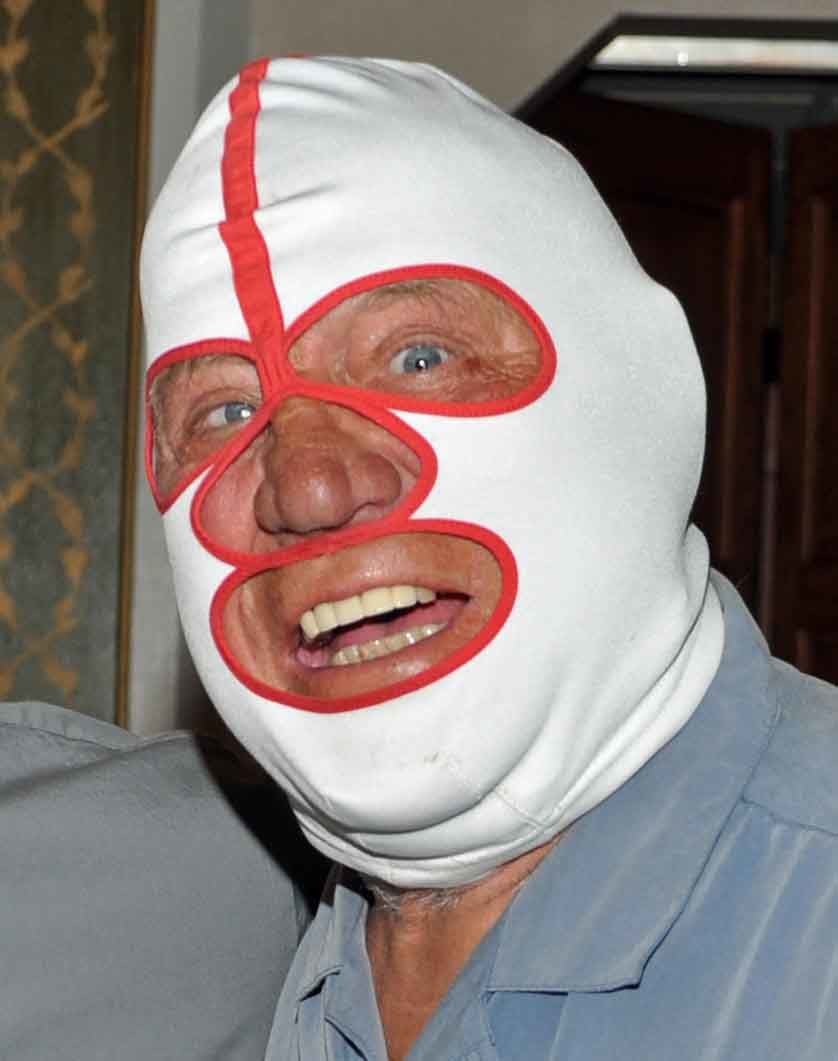 Dick “The Destroyer” Beyer was a masked pioneer in the wrestling business. Photo provided 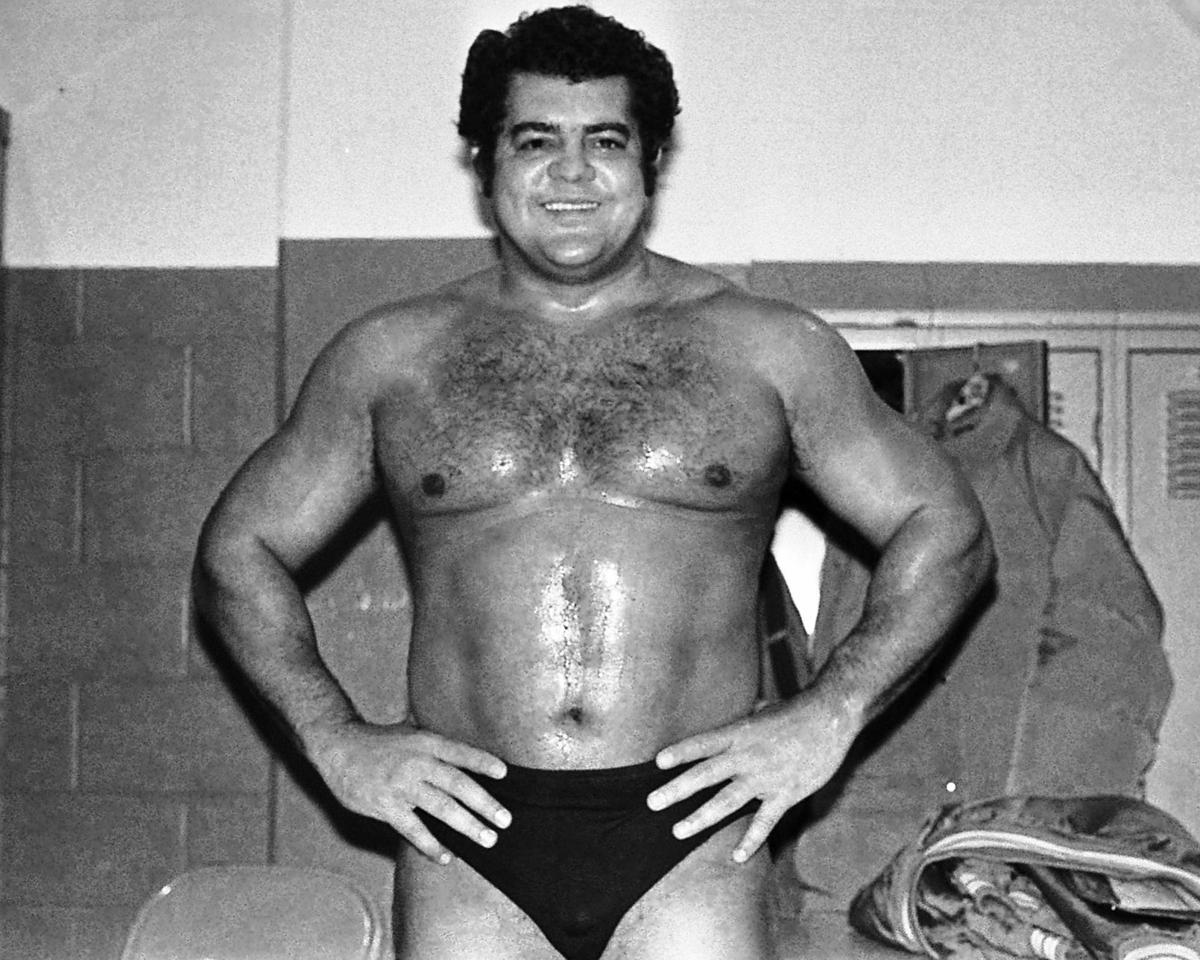 Pedro Morales was the first man in WWE history to win the world, Intercontinental and tag-team titles. Chris Swisher Collection 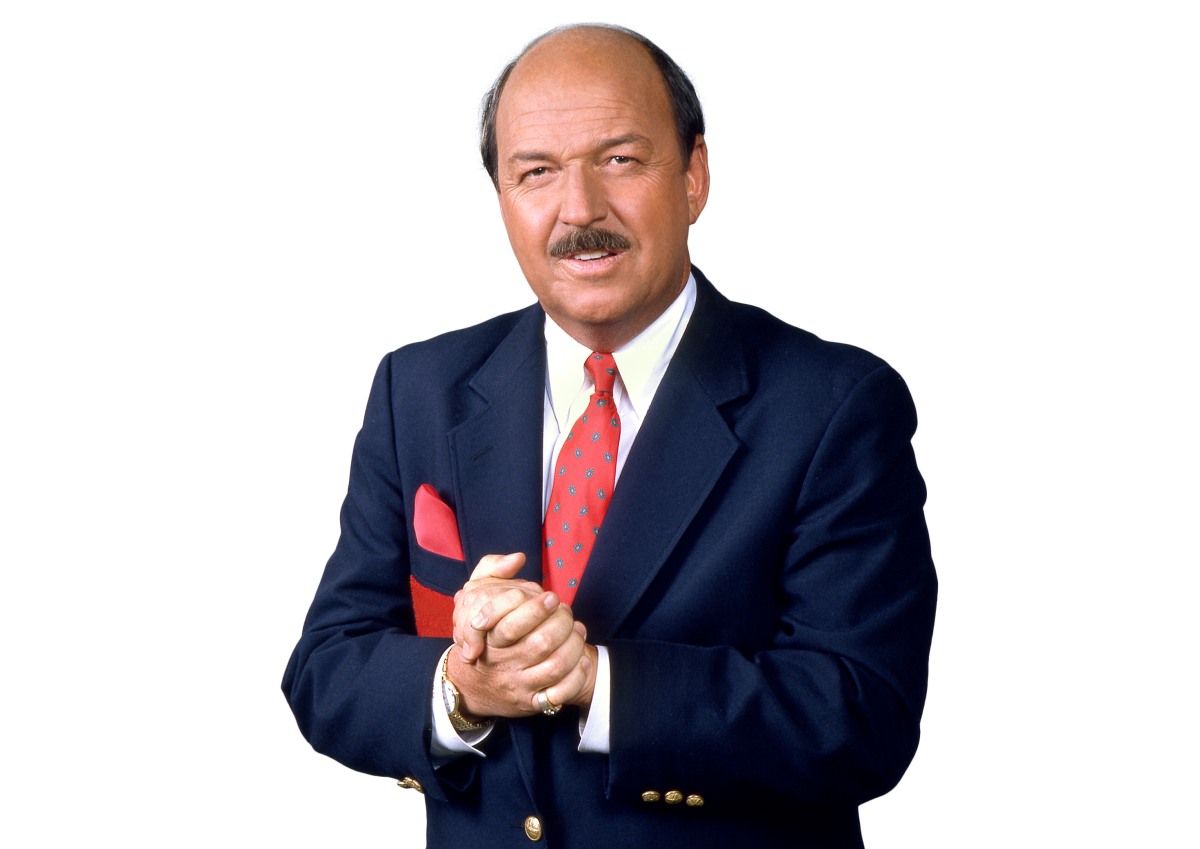 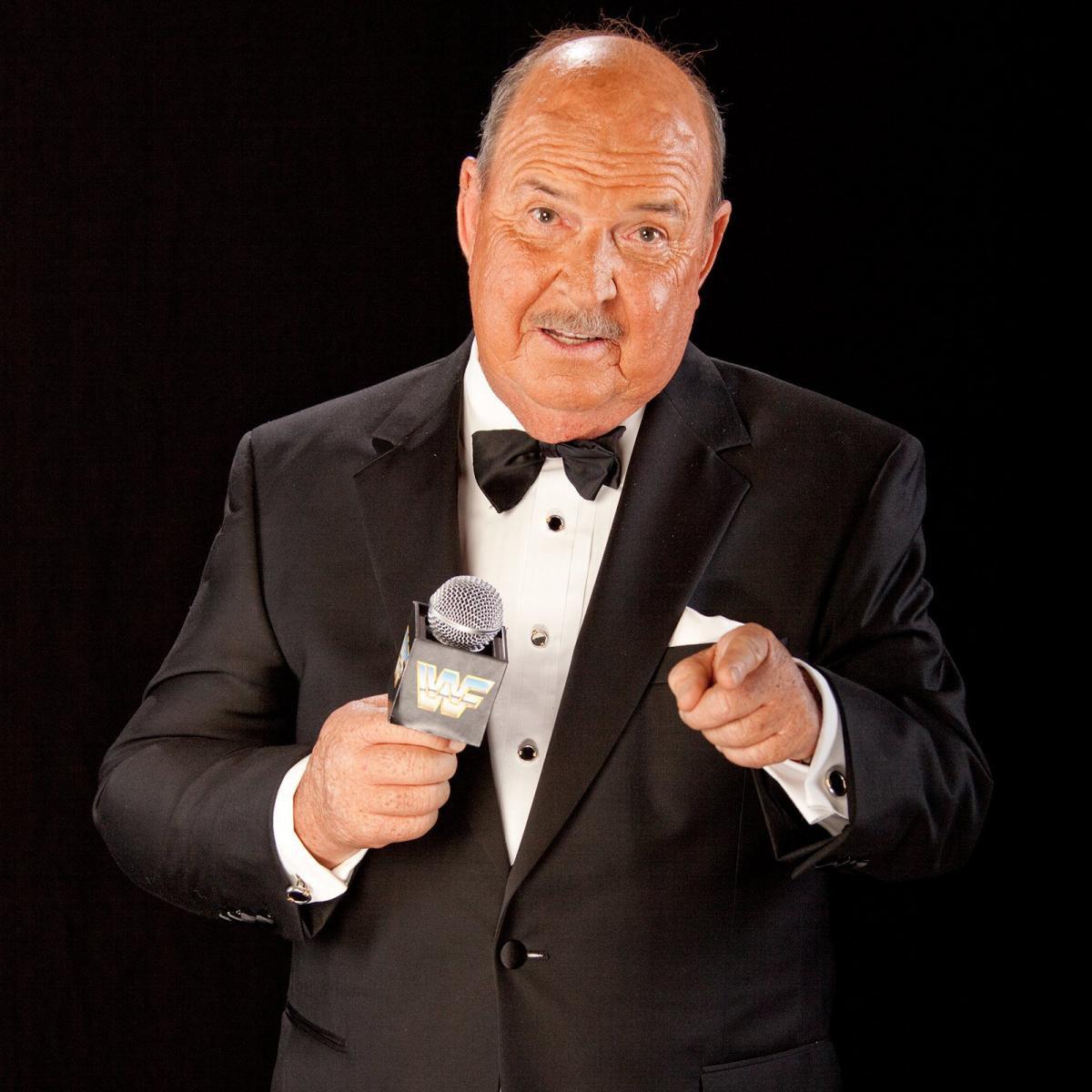 Gene Okerlund was one of the wrestling industry’s most iconic interviewers. WWE photo

The professional wrestling world bid farewell to a number of legendary personalities in 2019.

Many represented an era that will forever be etched into the memories of longtime fans.

They were athletes and performers who lived by the credo that “the show must go on.”

Some lived out of a suitcase, spending more than 300 days a year on the road, working the territorial circuits during a time when the profession was much different than it is today.

Others never got to realize their full potential.

Some died far too young.

But they all made an impact in professional wrestling, a world full of colorful figures who come in all shapes and sizes, with their stage being a ring in which their personalities often reached larger-than-life dimensions.

Pro wrestling lost a sizable chunk of its storied and colorful history when Harley Race passed away on Aug. 1 at the age of 76 after a months-long battle with lung cancer.

He was “The Greatest Wrestler on God’s Green Earth.” And if you didn’t believe him, well, you would have been hard-pressed to prove him wrong.

Truth is, he very well just might have been.

Known throughout a 30-year ring career as “Handsome,” “Mad Dog” and “King,” he was a legend among legends, the toughest among the toughest.

The gruff-talking, gravelly-voiced Missourian won the National Wrestling Alliance world heavyweight title, regarded as the gold standard of championships, a record-setting eight times between 1973 and 1984. Many regarded him as the greatest NWA touring champion of all time.

“He was the one and only real world champion,” said 16-time titleholder Ric Flair. “Without Harley Race, there was no Ric Flair. I tried my hardest every day to live up to his standard in the ring.”

Dick Beyer, who as The Destroyer and Doctor X was regarded by many as the greatest masked wrestler in the history of the game, passed away March 7 at the age of 88. His legacy, though, will live forever.

For Drew McIntyre, it's been a long road leading to Wrestlemania glory

While he thrilled fans and terrorized opponents for three decades, he was also an incredible athlete who excelled at wrestling and football at Syracuse University. A four-sport prep star, the 5-10, 230-pound right guard played on the same line as Jim Ringo, who went on to a hall of fame career with Vince Lombardi’s Green Bay Packers.

A heavyweight college wrestler who went undefeated his senior season, Beyer would co-captain the Orangemen’s 1952 football team which, at 7-2, earned Syracuse’s first bowl bid, a trip to the Orange Bowl where the Orange lost, quit convincingly, to Alabama. The following year Beyer’s exploits on the mat and on the gridiron landed him honors as the 1953 Syracuse University Athlete of the Year.

Beyer would later serve as a full-time assistant coach on the staff of the legendary Ben Schwartzwalder.

As “The Sensational Intelligent Destroyer,” the masked man would become an international celebrity and pop culture icon. While The Destroyer was hugely popular in the U.S., his character achieved cult-like status in Japan. A 1963 bout with the iconic Rikidozan, the father of Japanese pro wrestling, was responsible for one of the biggest ratings in the history of Japanese television, with a reported 70 million fans viewers tuning in.

Pedro Morales, who passed away on Feb. 12 at the age of 78 due to advanced Parkinson’s Disease, was one of the WWWF’s most beloved and respected performers of all time.

One of the highlights of his career was defeating Ivan Koloff for the WWWF world heavyweight championship in 1971 at Madison Square Garden. Morales would hold that crown for 1,027 days, one of the longest reigns ever, before losing it to Stan Stasiak in 1973.

From his world title run beginning in 1971 until the end of the territorial era in 1983, Morales was pinned only once at Madison Square Garden, and that was to Don Muraco.

One of the most distinguished performers in a lengthy list of stars to grace a WWWF (now WWE) ring, Morales was the first Triple Crown champion in company history, winning the world heavyweight, Intercontinental and world tag-team titles during his time with the promotion, as well as the U.S. heavyweight title.

“Mean” Gene Okerlund, one of pro wrestling’s greatest interviewers, passed away last year on Jan. 2 at the age of 76, leaving behind a flood of memories and special moments that he helped create during his five decades in the wrestling business.

Playing it straight with the integrity of a legitimate broadcast journalist, the mild-mannered Okerlund was known for his comedic relief and deadpan humor as much as his impeccable skills as an interviewer and his ability to get storylines and angles over.

Just how popular and respected was Gene Okerlund in wrestling circles? Much like Ric Flair did inside the ring, Okerlund had the ability to make everyone around him look better.

Jesse Ventura, former wrestling star and Minnesota governor, called Okerlund “the best at what he did, the best straight man interviewer in wrestling history.”

“You only had to tell him once how to pitch and sell a wrestling story … He was the best salesman. And he never did retakes. Ninety percent of the time if there was a screw-up on an interview, it was not because of Gene. That’s how good he was.”

Among those from the wrestling community whom we said goodbye to in 2019: