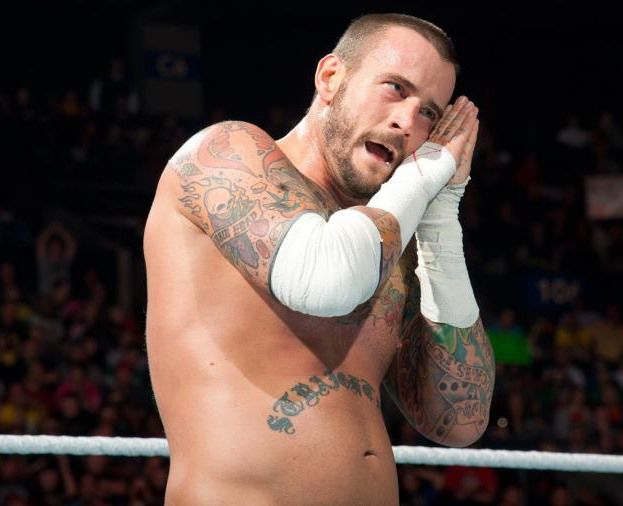 C.M. Punk has expressed little interest in returning to WWE as an in-ring competitor. WWE photo 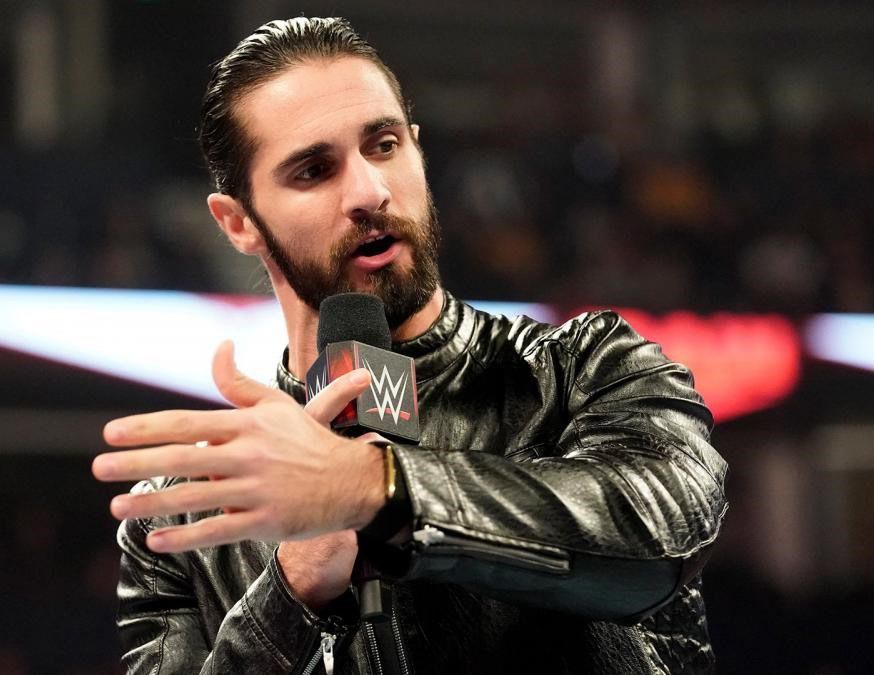 Former Universal champion Seth Rollins has become a polarizing figure in WWE, and could be working an angle with C.M. Punk. WWE photo 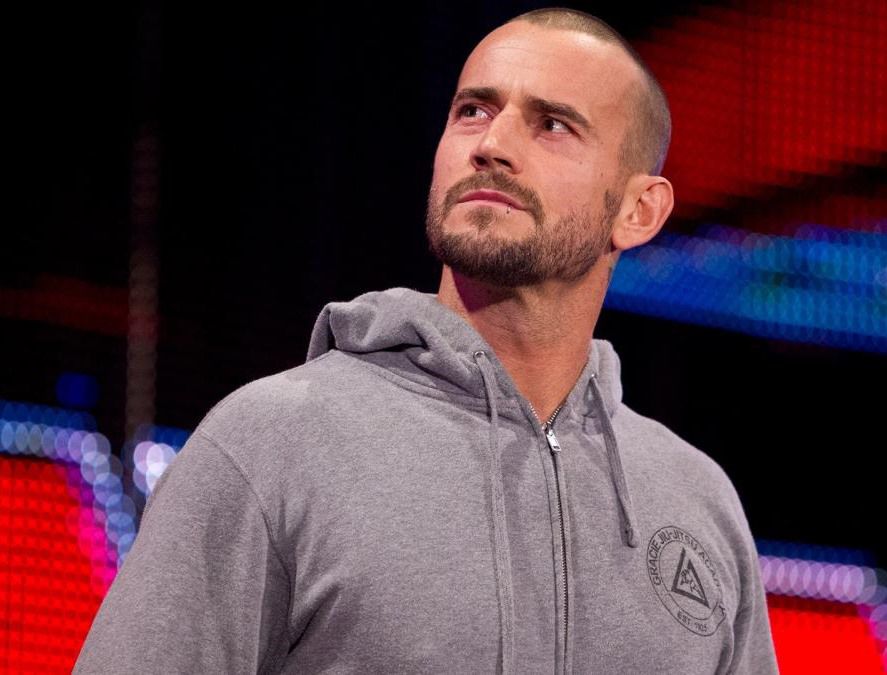 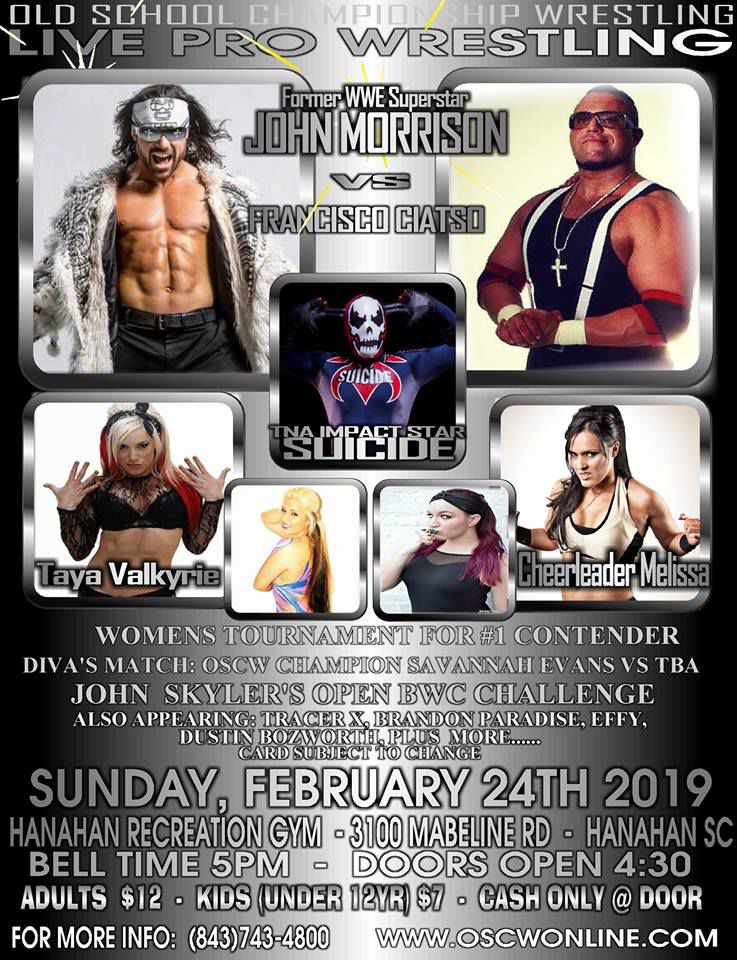 Old School Championship will present a star-studded show on Dec. 8 at the Hanahan Rec Center.

For the past five years, WWE fans have been chanting the name of C.M. Punk at arenas throughout the country and clamoring for his return.

Punk, who since leaving WWE in early 2014 has gone to battle with the company over lawsuits and out-of-the-ring wrangling, has remained steadfast in his position that he is through with the wrestling business.

But things have changed in recent weeks. Punk has joined the WWE Backstage show on the FS1 network while making it clear that he is a Fox – not WWE – employee. Up until now, at least publicly, the two-time WWE champion has expressed no interest in returning to pro wrestling.

WWE’s lucrative deal with Fox, which started in October, is for five years and worth $205 million per year on average. Punk is scheduled to make periodic appearances on the FS1 show as an analyst.

Many insiders have speculated that the arrangement is merely a prelude to a Punk return to WWE that would be mutually advantageous to all parties involved. Or, at the very least, a high-profile, big-money match at next year’s Wrestlemania.

One vocal candidate, Seth Rollins, has already thrown down the gauntlet on WWE television and on social media. The former Universal champion recently addressed a Chicago crowd and their incessant Punk chants.

“I tried to get C.M. Punk here. I’m sorry, he didn’t want to show up,” Rollins told the raucous crowd. “He wants to sit behind a desk in Los Angeles and talk about a change that he’s too afraid to make himself.”

WWE boss Vince McMahon was reportedly irate backstage over the comment, since the belief was it could be a match that might never materialize. Or, as some have speculated, it could be that McMahon was pretending to be upset to keep a possible deal with Punk confidential.

“This isn’t the show where you come on and shoot your little angles,” Punk said. “Seth needs to stop tweeting and realize that sometimes it’s better to be viewed as the fool and shut your mouth (than) you open your mouth and remove all doubt.”

The trash-talking has continued in recent weeks, adding fuel to the growing belief that Punk will be putting the trunks back on at some point.

Rollins, who joked that Punk “couldn’t bust a cherry in a fruit fight,” unloaded on Punk in a radio interview.

“Here’s someone who’s been in the doldrums for the last few years because he got his butt kicked in the Octagon so bad he didn’t want to show his face anywhere, now he shows back up on a WWE show. It’s called WWE Backstage show. You can say it’s an FS1 show all you want, which it is, and you may be paid by Fox, but that show doesn’t exist without our company, the company that you left five years ago.”

Most fans believe that there’s something more to the Punk deal with FS1. Rollins vs. Punk at Wrestlemania 36 would definitely be a draw, especially if it’s properly booked.

The self-proclaimed “Beast Slayer” might be considered one of WWE’s top babyfaces, but that is now in the past tense. His behavior in the ring and on social media has prompted an increasing number of fans to turn against him and, unlike the case with Roman Reigns, the company is responding. A feud with Punk makes sense, as the master of the “pipe bomb” would be received as a conquering hero.

“This is my life. I love this business. So when you put so much into it, to feel like I get disrespected, I’m going to push back. I’m not a guy, like (John) Cena, who’s gonna put motivational quotes on Twitter, or like Roman (Reigns) and kind of hang back.

The 41-year-old Punk, whose real name is Phil Brooks, has made it clear since leaving the business that he has been wise with his finances and doesn’t need to return to wrestling. He has partnered with Marvel to write comic books, had two fights in UFC, and made his major acting debut in the horror film “Girl on the Third Floor.”

The two-time WWE champion said earlier this year that he was open to a return to the company, but that it would take a “big bag.”

“That’s a ‘could be,’” Levesque recently said on Ariel Harwani’s MMA Show. “Vince will say it all the time: ‘We’re open for business.’ The past is past, today is today and you never say never in WWE.”

Perhaps it’s time to let bygones be bygones. Give the angle time to simmer, push the button, and give Punk and Rollins the creative license to turn up the heat. As most know, Punk is at his best when “shooting” and Rollins has the company-backed arrogance to play a believable heel. Having the two former Ring of Honor champions head for a collision course could provide some of the best moments in wrestling in 2020.

The match, of course, hinges on Punk’s interest in doing business with WWE. If the price is right, it is unlikely Punk would pass up the opportunity.

Rollins, meanwhile, says he wasn’t surprised that Punk didn’t appear on last week’s edition of WWE Backstage, and he’s done calling him out. At least for now.

“I’m here, he’s not here, and I'm not shocked about that. I think I’ve exhausted all of my energy on the subject. I just don’t think it’s going anywhere. I’m not shocked that he’s not here, so I think it’s time to maybe move on to something that matters. I wish he was here. I wish we could have a face-to-face, but it’s not in the cards.”

The ball is now in Punk’s corner.

‘Cash cow of a match’

Many column readers believe that the rampant speculation will lead to a Punk-Rollins clash.

“I can’t help but think the powers that be will allow this highly buzz-worthy, cash cow of a match to happen. It’s exactly the fan-friendly news that the WWE could use right now. Fans would appreciate it, the wrestling world would welcome it, and the WWE would almost certainly play it for every dollar.”

“I think the saying is ‘what’s best for business.’ If it will make Vince money I’m sure he’s open to Punk returning, even if it is for one match. C.M. Punk vs. Rollins would be a good matchup.”

“I think it will happen simply because the money to be made by everyone involved is mind-blowing,” writes Tom Sowell of St. Stephen.

“I think it will happen. If it’s just money, then probably a Saudi show. If not, then the main event at Wrestlemania,” says John Pearson of Pelzer.

Walter Fox of Charleston, though, believes Punk has nothing to prove by coming back.

“I don’t think Phil wants to wrestle again. He was good with his money and has nothing to prove. WWE needs to get their young stars over before ever worrying about a match between Rollins and Punk.”

Old School Championship Wrestling will return to the Hanahan Rec Center on Sunday with its final show of the year.

Promoter Joe Blumenfeld was forced to cancel the last OSCW show in September due to weather concerns.

“It was very unfortunate we were forced to cancel our last event due to Hurricane Dorian,” says Blumenfeld. “After the cancelation we quickly secured many of the same matches for our Dec. 8 show. So we are excited to see this Golden Ticket Battle Royal event finally take place. It’s been too long. I think both the fans and roster are ready for this Sunday’s event.

“Our ladies champion Cheerleader Melissa will be coming in from Las Vegas, and Gangrel will be returning with Kevin Thorn. Team Fearless, Lodi and Scotty Matthews, will be making their return. We have one of Gangrel’s Wrestling Asylum’s top students, Anna Diaz, making her first South Carolina appearance. Our OSCW champion Tracer X is scheduled to defend his title against Zane Riley. John Skyler will face off against our current IC champion Caleb Konley.

“We’re ready, and very excited to close our year with a great event.”

Mike Mooneyam column: Robert Bedard, much better known to generations of wrestling fans as Rene Goulet, a highly respected performer who wore a number of hats during his decades in the business, passed away on May 25 at the age of 86.

Pierre Carl Ouellet's recent resurgence in Ring of Honor has been Rocky-esque, and it’s a testament to never giving up on your dreams.