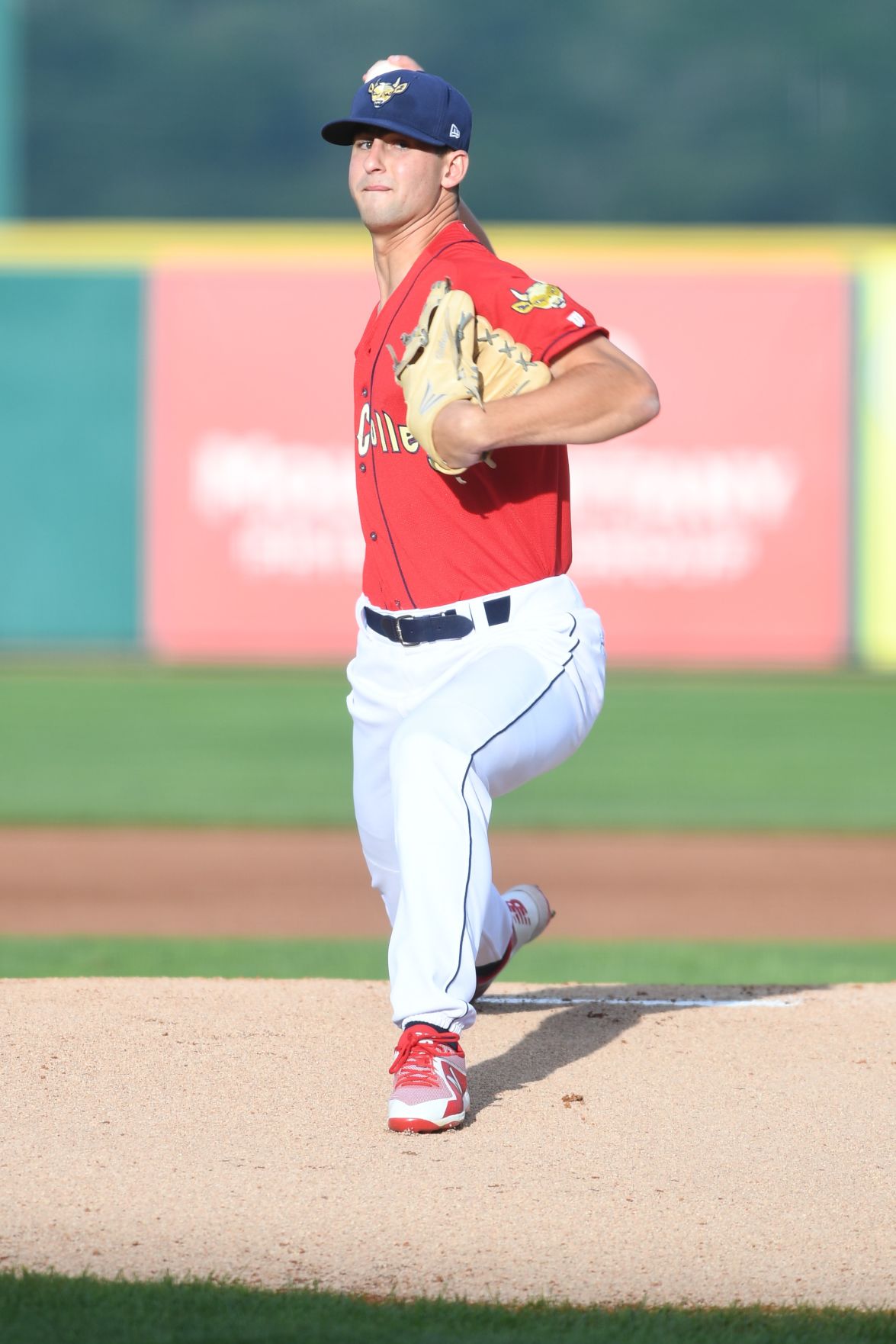 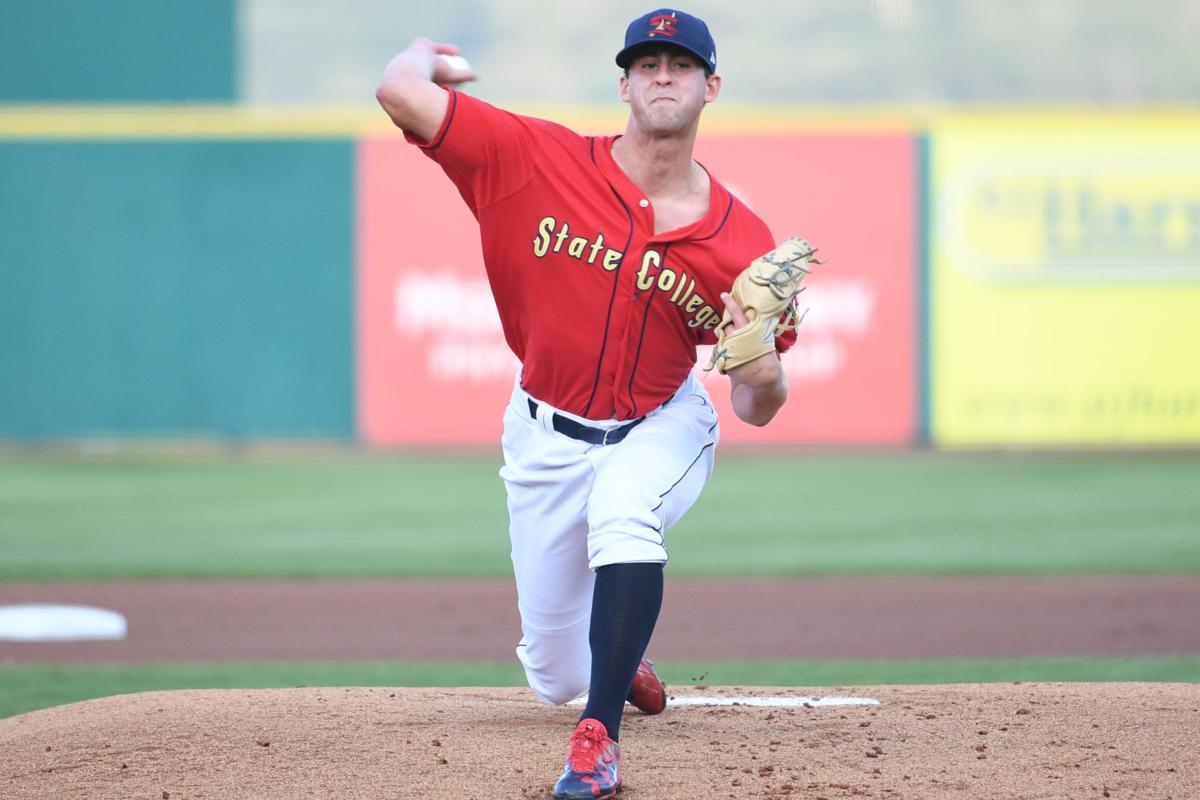 This was supposed to be Chris Holba’s summer.

This was going to be his chance to prove to the St. Louis Cardinals organization that he was ready to advance up the organizational ladder and one day play in the major leagues.

The former Wando High School pitcher – an 11th-round draft pick of the Cardinals in 2018 – was coming off season-ending elbow surgery and had hoped to catch the eye of the club’s coaching staff during this year’s spring training camp in Florida.

With his elbow fully healed and stronger than ever, the former East Carolina star was confident he was headed toward a breakout season.

“After the surgery, my arm felt really strong,” said Holba, 23, who lives in Mount Pleasant with his parents. “I had the best offseason I’d ever had, and I was looking forward to taking a step forward in my career.”

Unfortunately, the coronavirus had other plans.

No baseball for Charleston RiverDogs as minor league season canceled

Just days into spring training in early March, Holba and his teammates were stretching on the field getting ready for practice at the Cardinals’ spring training facility in Jupiter, Fla., when team officials called everyone into the club house.

“Things escalated in a hurry, within a few hours they sent everyone home,” Holba said. “The Cardinals took everything really seriously from the beginning. It was one of those surreal moments. I didn’t realize the severity of what was going on. You are kind of in a bubble when you’re down there.

"I had an inkling that things were getting bad when President Trump issued the European travel ban. I think I realized that this thing wasn’t going to blow over in a few weeks. It was pretty serious, and it was going to affect all of us.”

Last week, the news that Holba and hundreds of other hopeful prospects had been dreading for weeks became official – the minor league baseball season had been canceled due to the coronavirus. Former College of Charleston pitcher Bailey Ober, a 2017 12th-round draft pick of the Minnesota Twins, figured the season was going to be canceled, but getting the news was still a “gut punch”.

“It stinks,” said Ober, who played for the College of Charleston from 2014-17. “I had a really good season last summer, and I was looking to build on that momentum. To put in all that work in the offseason and have the season canceled just – sucked.”

It’s not just that Holba and Ober won’t be able to play this summer. They also won’t get a chance to develop and hone their skills and continue to chase their dreams of playing in the Major Leagues.

“The top prospects probably won’t be affected too much,” said former Charleston RiverDogs manager Greg Colbrunn. “They’ll get access to facilities and coaching. It’s those other prospects. The guys that are trying to get noticed. This is almost like a wasted year for some guys. You hate to say that, but it’s going to affect their development, especially for the guys that are trying to put themselves on the map.”

Torre Tyson, a former Charleston RiverDogs manager, agreed, adding that players who have access to state-of-the-art facilities will have an advantage over prospects that don't.

“Everyone is in the same boat, so it’s not going to affect one club more than another,” said Tyson, who works an agent for Scott Boras' company. “Where you’ll see separation is with the guys that were able get into those facilities and work on their craft.”

Tyson and Colbrunn agreed that hitters will be effected more by the layoff than pitchers.

“The average hitter needs between 1,500 and 2,000 at bats to figure out who they are,” Tyson said. “Missing a season means missing out on 500 at bats. That’s a lot of your development as a player. Pitchers are going to have the easier time staying sharp. They can still throw and get their innings in. It’s a lot harder to find someone to throw to you when you’re a hitter. You can’t recreate those game situations as easily. I think physically pitchers are going to benefit the most.”

As coronavirus cases have spiked in South Carolina, Holba has been lifting weights in his family’s Mount Pleasant garage and throwing with his father to stay in shape.

“It’s not ideal, but I’m luckier than some guys, who have nothing,” Holba said.

Ober, who pitched last year for the Twins’ double-A affiliate in Pensacola, Fla., is luckier having access to a workout facility near his Denver home.

“There are a lot minor league guys that work out together, so I’ve been pretty fortunate,” Ober said.

Colbrunn understands what a year away from the game can do to a young prospect. Colbrunn missed an entire season after having Tommy John elbow surgery and was out of baseball for almost 15 months at one point in his career.

“I went down to Mexico and played winter ball and got about a hundred at bats in,” said Colbrunn, who is a hitting consultant for the Miami Marlins. “It took me a while to get my timing back. Guys are going to miss that year, getting used to the aches and pains of playing a full season. They are going to miss those game situations and the maturity process and game repetition.”

“Normally, you let guys kind of ease into camp, but I’d have them scrimmage right away,” Tyson said. “If it was me, I’d want those guys to get a hundred extra at bats in camp because of the year they missed. Hopefully, the clubs are giving pitchers workouts to do in the offseason so when they walk onto the field in February they are ready to throw innings on the first day. I know the spike in the virus has spooked some clubs. The clubs that have a plan are going to benefit the most.”

Holba and Ober hope there is some kind of fall “instructional” league this year.

“With my surgery, I’ve been out almost two years, so I want to get back out there as soon as I can and play, even if it’s simulated games or inter-squad games,” Holba said.