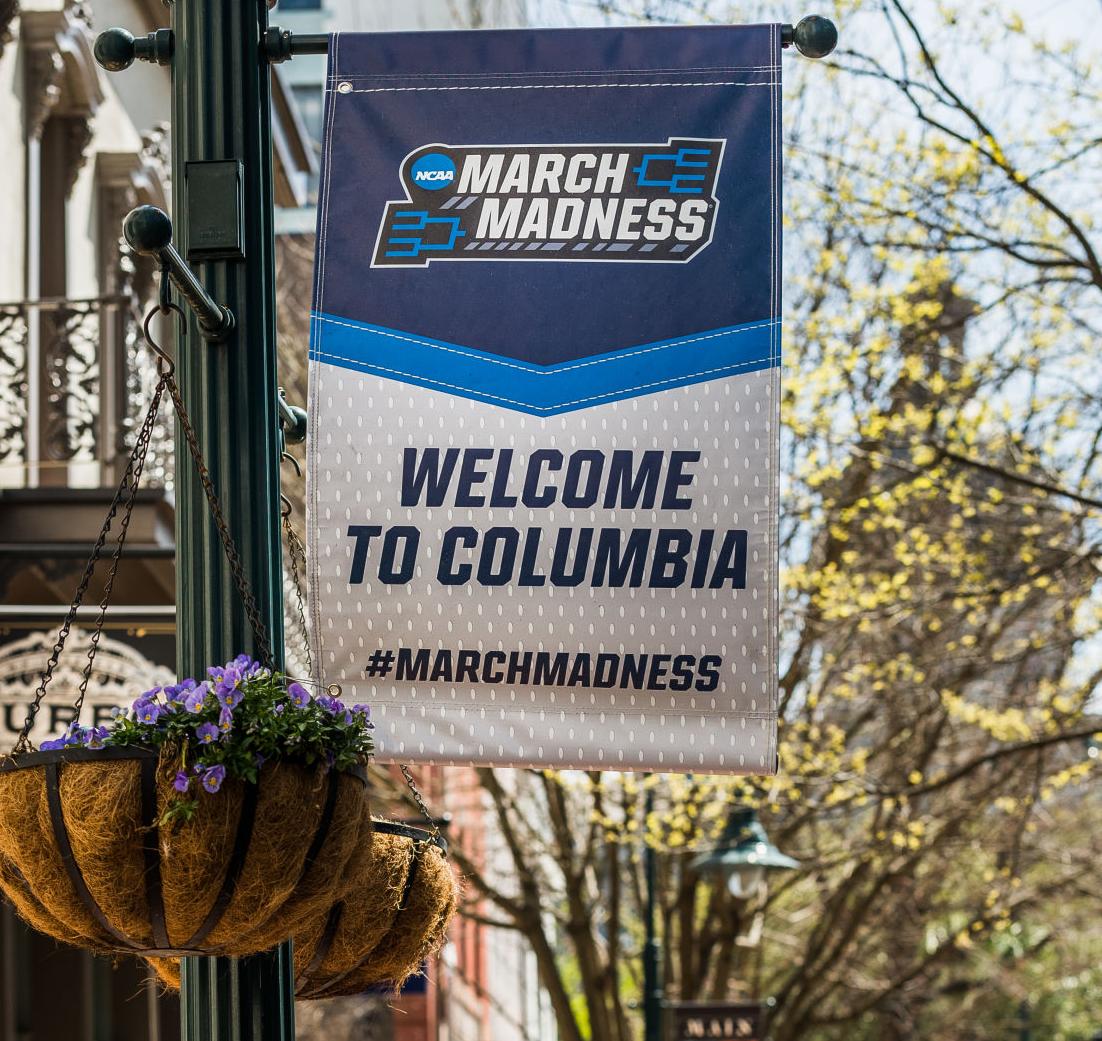 March Madness signs on Main Street in Columbia welcomed NCAA tournament goers to the city last month. John A. Carlos II/Special to The Post and Courier 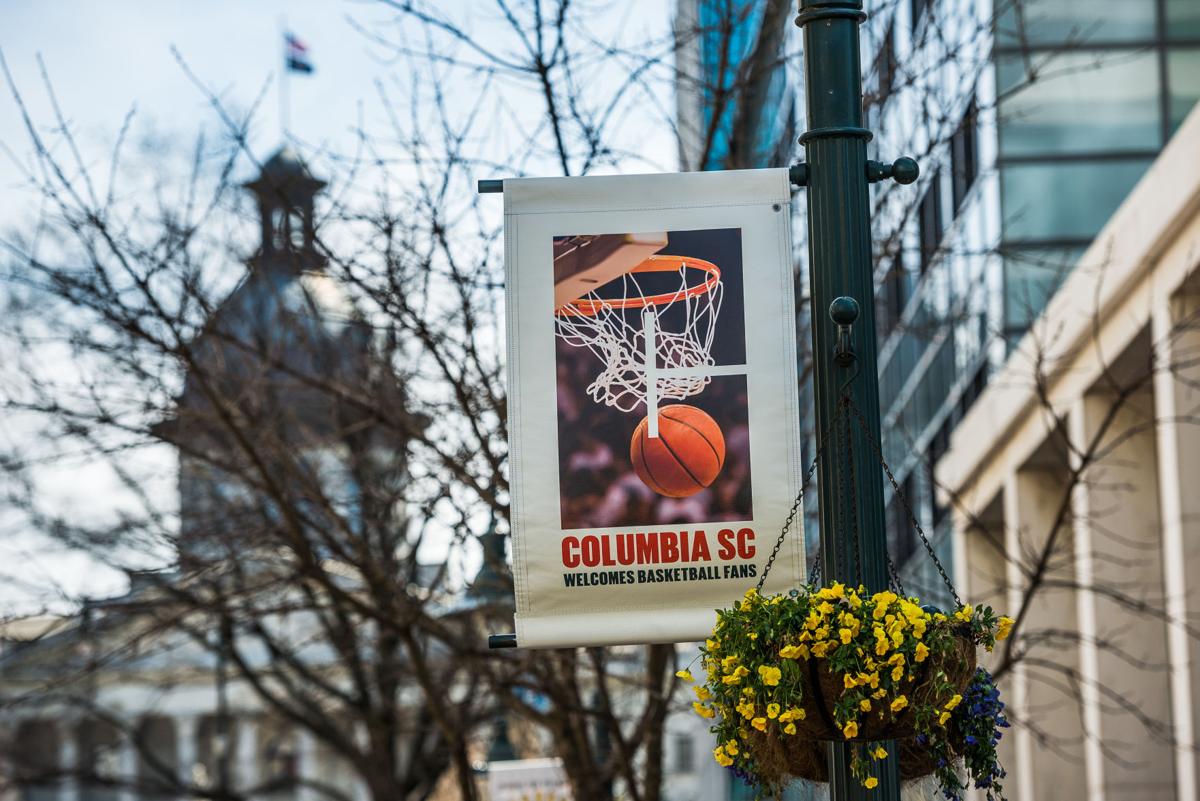 Signs were hung throughout downtown Columbia welcoming basketball fans to the NCAA tournament regional. John A. Carlos II/Special to The Post and Courier 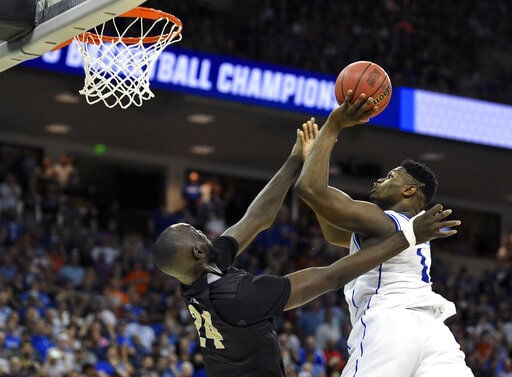 The NCAA regional at Colonial Life Arena in Columbia, which featured Zion Williamson saving Duke from a huge upset loss against UCF, was a success, but some fans thought it would have been better if USC had allowed the sale of alcohol. AP/Richard Shiro

COLUMBIA — Everybody always sees the profit. If there’s a chance to earn more dollars, then do it.

South Carolina could have made more money by selling beer at the NCAA men’s basketball regional in Columbia three weeks ago, but that doesn’t mean it would have.

“We never got into that because there would have been a revenue-sharing agreement with the NCAA,” USC executive associate athletics director Jeff Crane said. “I was on the concourse for most of those two days, and people felt like the concession lines were moving quickly. To be honest, we received very few inquiries about alcohol.”

When it was announced that USC would not sell beer at Colonial Life Arena during the NCAA tournament, making it the only one of eight NCAA regional sites that wouldn’t — the questions (and complaints) began. Why would USC not take advantage of the opportunity, one it doesn't get during the season because SEC regulations don't allow it?

Two reasons. The first is USC doesn’t sell beer during its men’s and women’s basketball games and as the only on-campus arena among the eight regional sites, it didn’t want to change what it does for a normal gameday operation.

“There are increased security costs, increased labor costs,” Crane said. “Got to get more people, and more people that are certified to serve alcohol as well.”

And that was just the start.

The CLA has just one concourse serving the upper deck and lower bowl, which has presented problems when beer was sold at concerts. During a country music show featuring Chris Stapleton in October, the addition of beer kiosks and points of sale clogged the concourse so much that it was difficult to move and caused lengthy waits.

The process of selling alcohol is slowed because beer must be served in a cup, which means it's either on tap or poured from a can or bottle into a cup by the server.

When USC allows CLA to be used for events that will sell alcohol, the profit falls under the agreement it already has with concessions vendor Aramark. The percentage USC receives from each concession fluctuates based on the amounts sold annually.

But when Aramark has to buy the beer from the distributor in order to sell it, it swallows the cost of any beer it doesn’t sell. That affects USC’s cut of the profit.

Then there’s the NCAA. USC provided the venue but the NCAA put on the event. Of the total money generated from the regionals, the NCAA claims 90 percent.

If beer had been sold, the NCAA would have added at least a dollar more per ticket to its pocket.

“We’re going through it right now with the NCAA audit, but we do anticipate making our $300,000 honorarium,” Crane said of USC’s profit from the regional. “We also did over $300,000 in concessions in two days.”

Crane said USC expects to get that $300,000. Selling beer could have made an impact, but with the NCAA taking a dollar more per ticket it was not a guaranteed financial plus.

“They left it completely up to us,” Crane said. “Our research showed us that food sales are pretty high for the NCAA tournament because you can’t leave the building between games. So we wanted to make sure we could service the fans at the highest level possible, with food being the priority.”

Feedback from fans and the NCAA was overwhelmingly positive, leaving Columbia and CLA in great position to bid for another regional in 2023. And that's important to the city, which estimates the economic impact of the 2019 regional to be from $4-7 million.

Columbia is ready to turn its big basketball moment into a statement with more than 25,000 people expected to take advantage of concerts, fan fests and parties.

Sapakoff: The Gamecocks have a unique SEC beer dilemma. Here are compromise ideas.

Gene Sapakoff column: The SEC just lifted its ban on beer sales at athletic events and here is how the University of South Carolina, with its unusual trio of off-campus facilities, should move forward.