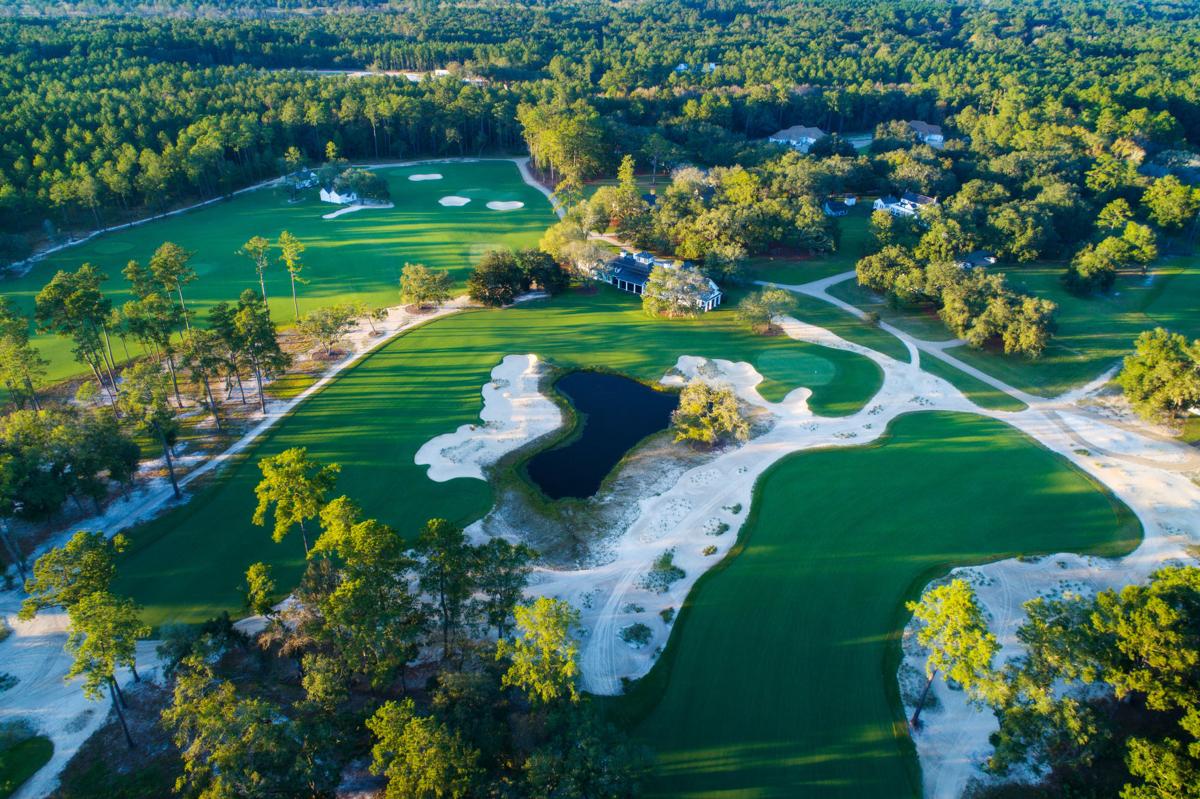 An Aerial view of the Congaree clubhouse and finishing holes on the course located in Ridgeland, S.C. Provided/Crescent Moon Pictures 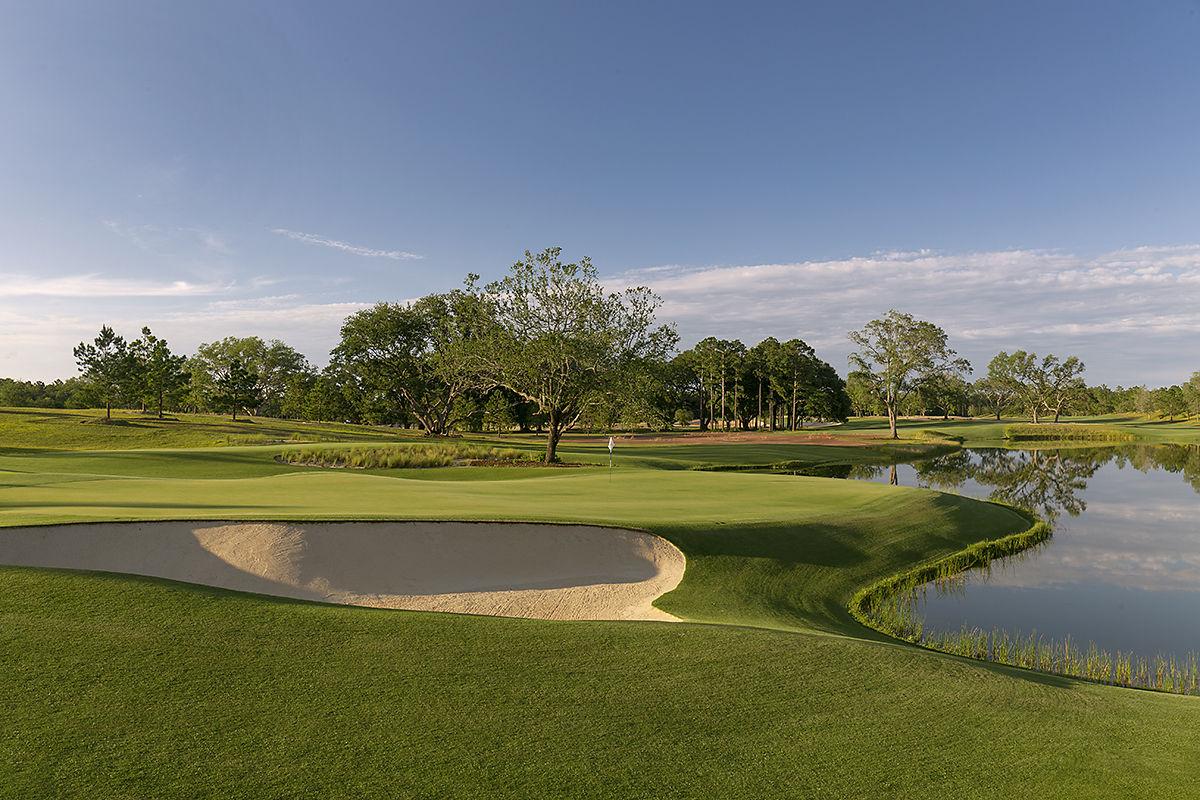 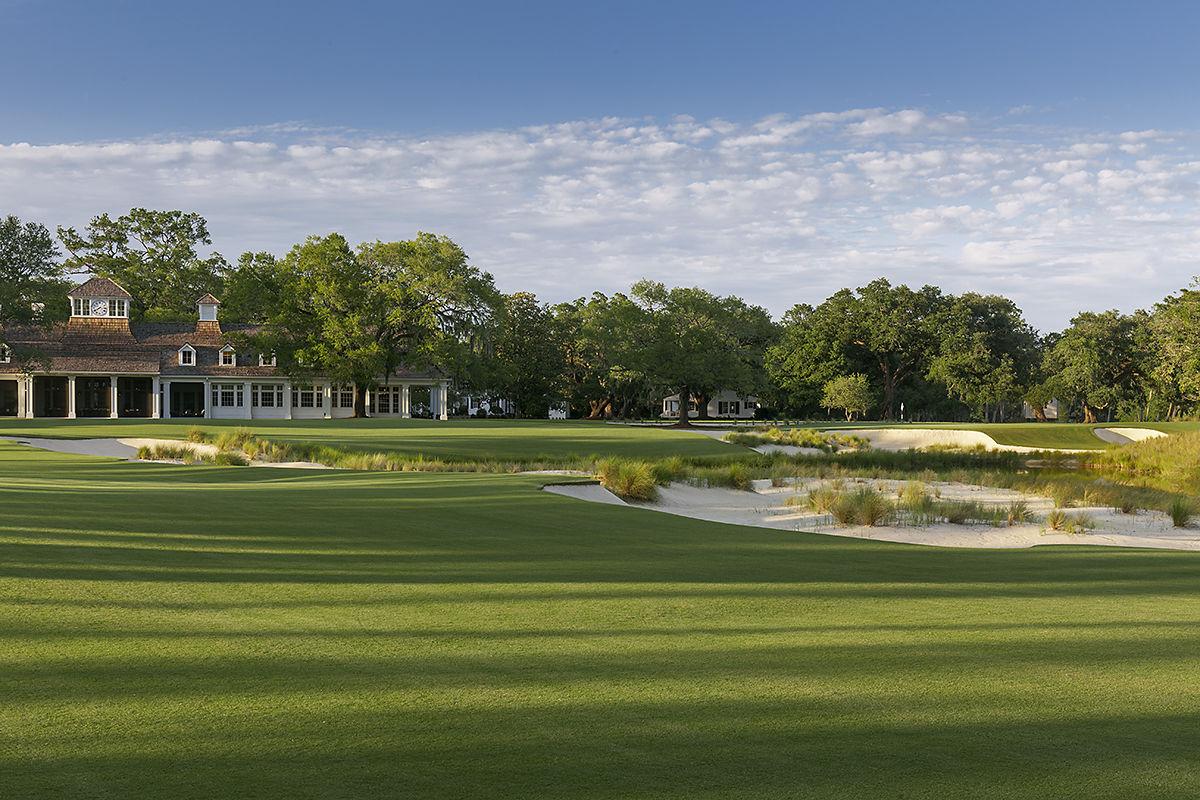 The Presidents Cup, an event that pits golf professionals from the United States against a team of international players, could be coming to the Lowcountry.

Congaree, a private club near Ridgeland with a critically acclaimed Tom Fazio golf course and a philanthropic mission, has made a bid to the PGA Tour to serve as the venue for the 2025 Presidents Cup.

"I'm presuming we're in with some other fine clubs they are talking to," Davidson said. "I think we'll make the best pitch we can. There are many, many reasons I personally feel it would be a great fit for the PGA Tour to bring the Presidents Cup to Congaree, because of our mission and the charitable history the PGA Tour has. Both places are interested in making the world a better place through golf."

Congaree was built on the site of Davant Plantation and the idea of holding a major golf event was a consideration from the beginning. The founders were Dan Friedkin and the late Bob McNair, who owned the NFL's Houston Texans and rescued Briar's Creek Golf Club on Johns Island from the brink of bankruptcy. Friedkin is credited with Congaree's concept of giving back to the community with a program to help underprivileged youth. Instead of members, Congaree has ambassadors who contribute to the Congaree Foundation and also are expected to act as mentors and offer guidance to kids in the program.

The Congaree Foundation's mission statement is to provide "resources for educational and vocational mentorship opportunities to help shape the lives of underserved and ambitious youths who share a passion for golf."

The Presidents Cup began in 1994 as an offshoot of the Ryder Cup, which pitted the U.S. against a team from Europe. It was created so that great international players who were not from Europe could compete on a similar stage as the Ryder Cup. This year's Presidents Cup will be played Dec. 9-15 at Royal Melbourne in Australia, with Tiger Woods captaining the U.S. team and Ernie Els leading the International squad.

Davidson said Congaree was approached by the PGA Tour about hosting the Presidents Cup. He said the golf course has received high praise from U.S. and international PGA Tour golfers who have played the 7,800-yard course.

"We built it specifically with the shot values of the best players in the world in mind," Davidson said "and each one of them has said this would be a great place to host a U.S. Open or something along those lines. I'm not saying it. That's the guys who have played it. And they talk and talk to other guys."

Davidson said one of Congaree's ambassadors is Bob Ferguson, who had ties to the PGA Tour AT&T Pro-Am in Pebble Beach. A friend of Ferguson's asked if he thought Congaree's ownership would be interested in holding a Presidents Cup.

"They asked us if we were interested and we said absolutely, we would be delighted to be considered," Davidson said.

After 'magnificent' U.S. Women's Open, what's next for Country Club of Charleston?

McMaster spokesperson Brian Symmes said the governor was excited about the prospect of South Carolina adding to its history of major events such as the 1991 Ryder Cup, the 2012 PGA Championship and upcoming 2021 PGA Championship at Kiawah Island's Ocean Course, along with the 2019 U.S. Women's Open played at the Country Club of Charleston.

"South Carolina has shown that we are more than capable of hosting a tournament like this. We've done it a number of times," Symmes said. "The impact of having potentially more than 100,000 people from all over the world flocking to Ridgeland, South Carolina, the potential economic impact for that is massive and something the governor is extremely enthusiastic about supporting and optimistic about our chances of getting the tournament here."

Davidson said Congaree's location in rural Jasper County is not a drawback but an advantage.

"As we said to the PGA Tour, we are rural but not remote," Davidson said. "We're only 45 minutes from Savannah, Hilton Head, Bluffton, an hour and a half from Charleston. There are 60,000 hotel rooms within two hours of Congaree and many more planned. We're only five miles from Interstate 95."

How confident is Davidson?

"I feel comfortable with where we are," Davidson said. "I'm not going to say we're going to go out and get it. I feel that would be silly. But I feel very comfortable that we could host one of the best Presidents Cups ever."