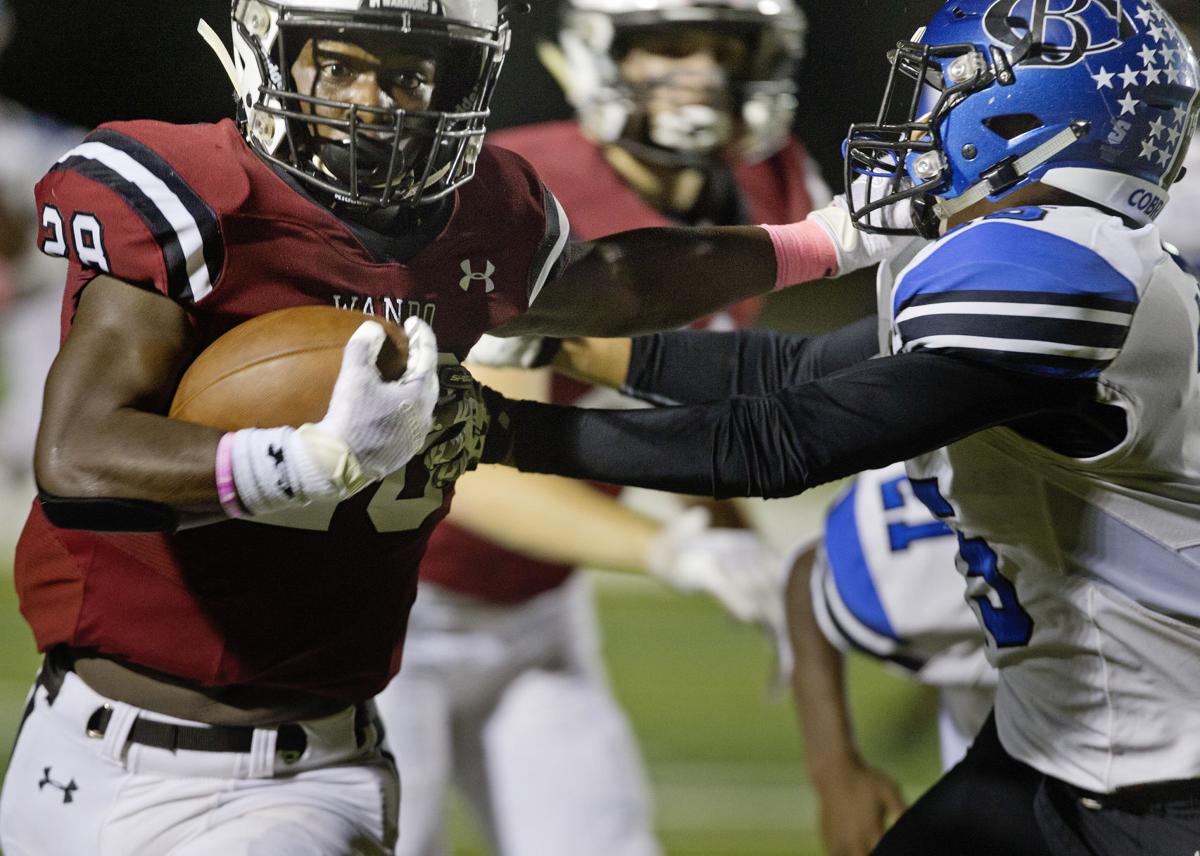 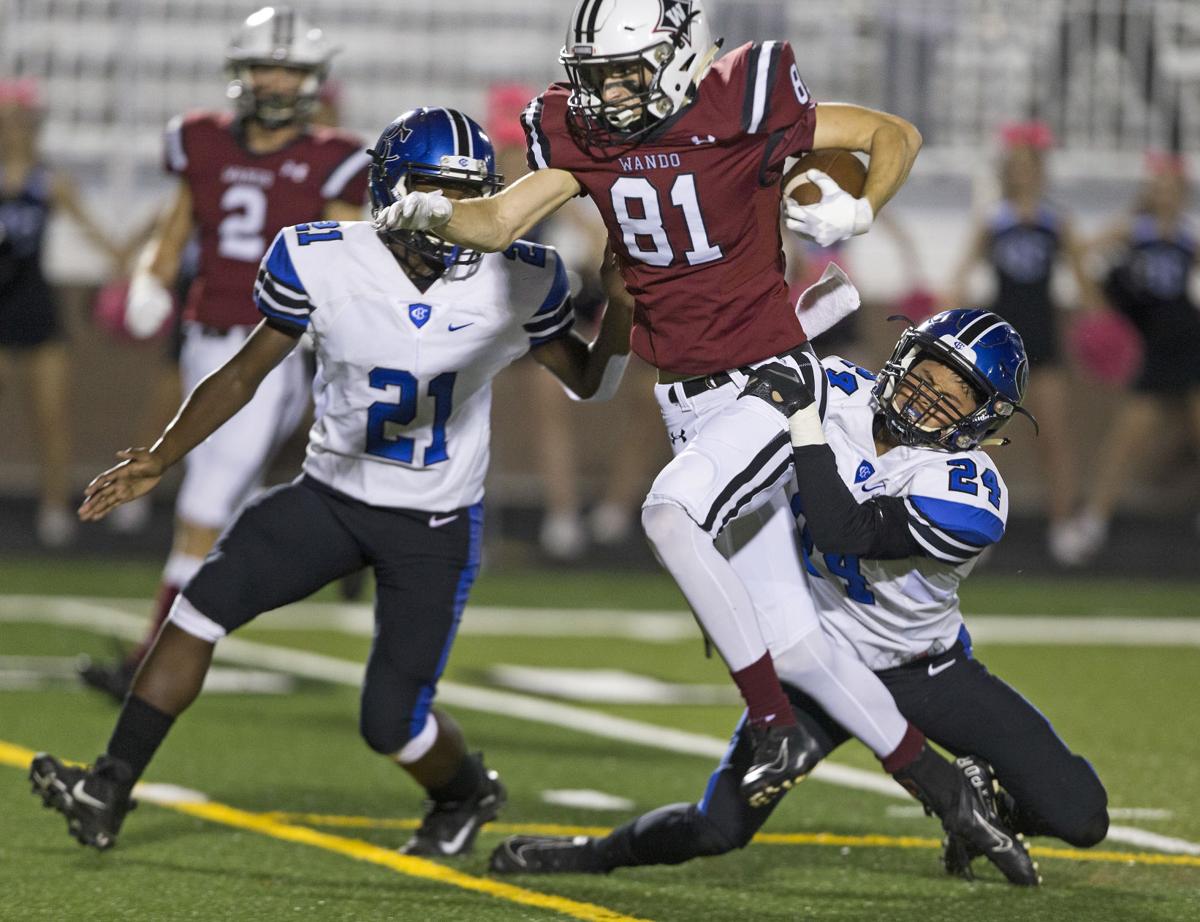 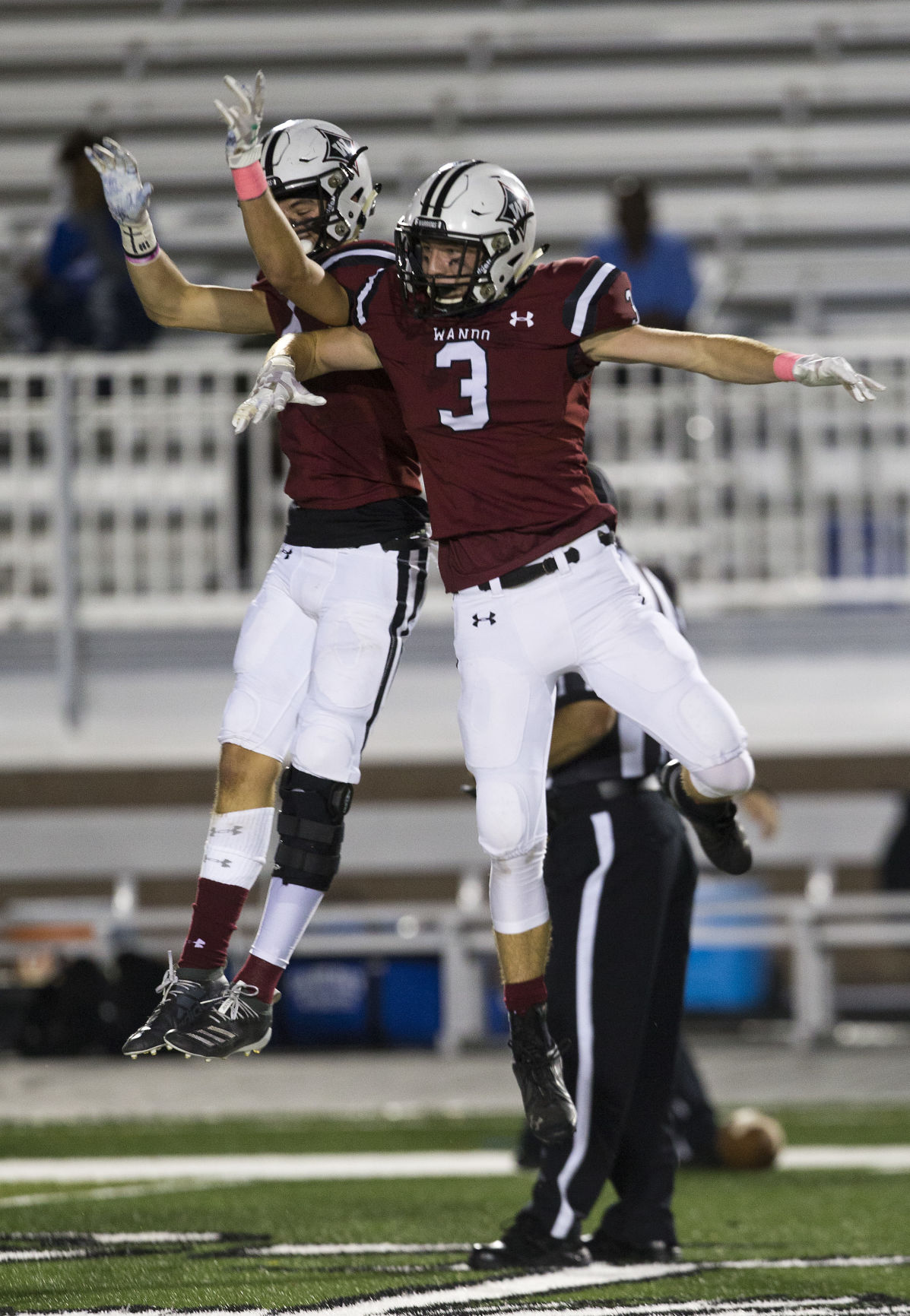 Wando's Will Pickren and Will Bumgarner celebrate after a touchdown against Cane Bay during their football game Friday, Oct. 25, 2019, in Mount Pleasant. Grace Beahm Alford/Staff

Wando's Will Pickren and Will Bumgarner celebrate after a touchdown against Cane Bay during their football game Friday, Oct. 25, 2019, in Mount Pleasant. Grace Beahm Alford/Staff

MOUNT PLEASANT — It might not have been a perfect first half for Wando, but it was certainly was close.

The Warriors (5-3, 2-2 in Region 7-AAAAA) controlled the game from outset, scoring on five of their first seven possessions in the first half on the way to opening up a 35-0 lead on the Cobras (5-4, 2-2) by the end of the second quarter.

It wasn’t just the Warriors offense that asserted its will on Cane Bay in the opening 24 minutes of the game.

Wando’s defense gave up just 35 yards of total offense to Cane Bay and recorded an interception.

The Warriors' special teams blocked a punt and Gabe Major returned the opening kickoff 85-yards for a TD.

Pritchard, a junior, completed 18 of 23 passes and started the game by completing his first nine passes.

“It was a complete game, we won all three phases of the game, offense, defense and special teams,” said Wando coach Jimmy Noonan. “I’m really proud of the effort and focus we played with tonight. We have great leadership from this senor class. They were locked in and executed the game plan on both sides of the ball.”

After last week’s disappointing 35-10 loss to Goose Creek, Noonan wondered how the Warriors would rebound.

“We’ve got beat pretty badly by a very good Goose Creek team and to see them come out like they did tonight and play like this, just makes me proud,” Noonan said. “This is a very mature group. They know how to forget about a win and they know how to forget about a loss. That’s what they were challenged to do and they did just that. They put that loss behind them and moved forward. There’s still plenty of football left to be played. They want to be a part of it.”

“Braden was very accurate with the football,” Noonan said. “He knew where to go with the ball, knew the game plan and went out and executed it almost flawlessly.”

The Warriors defense did their part as well. Cane Bay finished with just 122 yards of total offense for the game. The Warriors played with most of their back-ups on defense for the majority of the second half.

“The defensive coaching staff did a great job putting a game plan together,” Noonan said.

The Warriors will travel to James Island for the regular-season finale, while Cane Bay will face Berkeley.