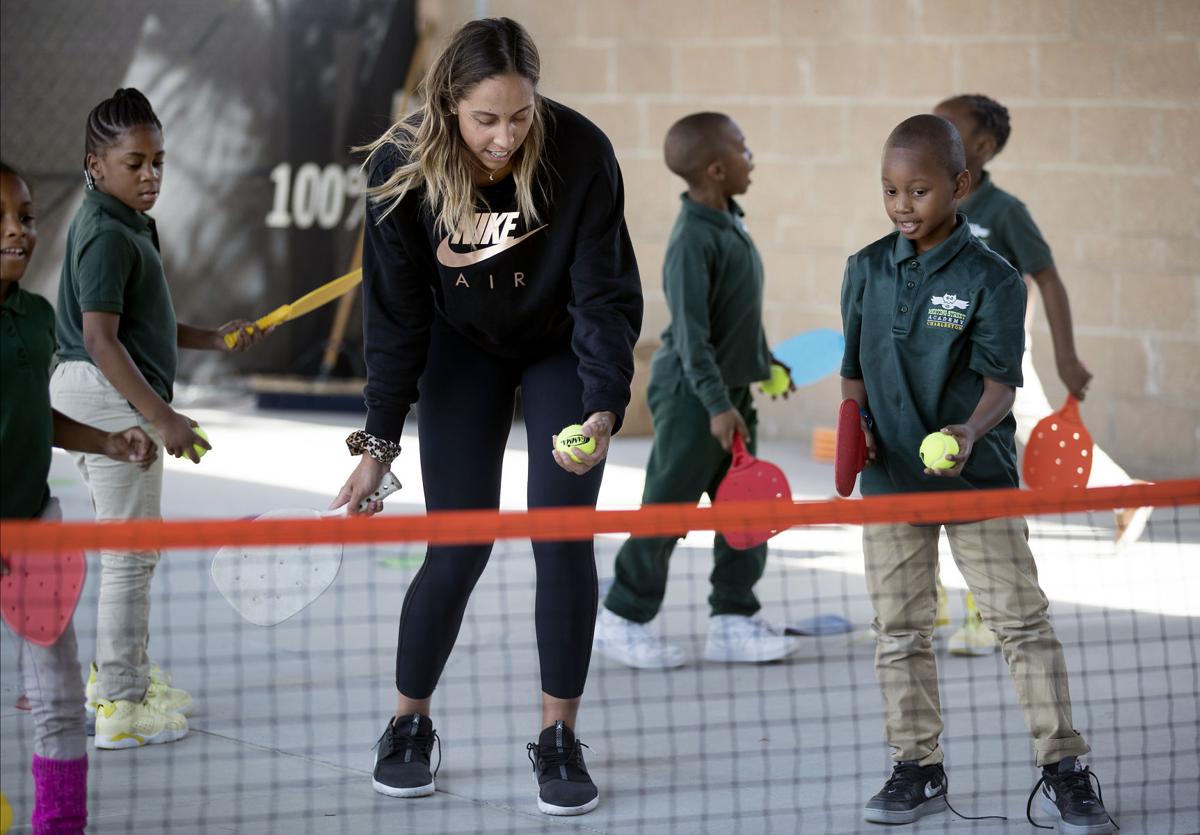 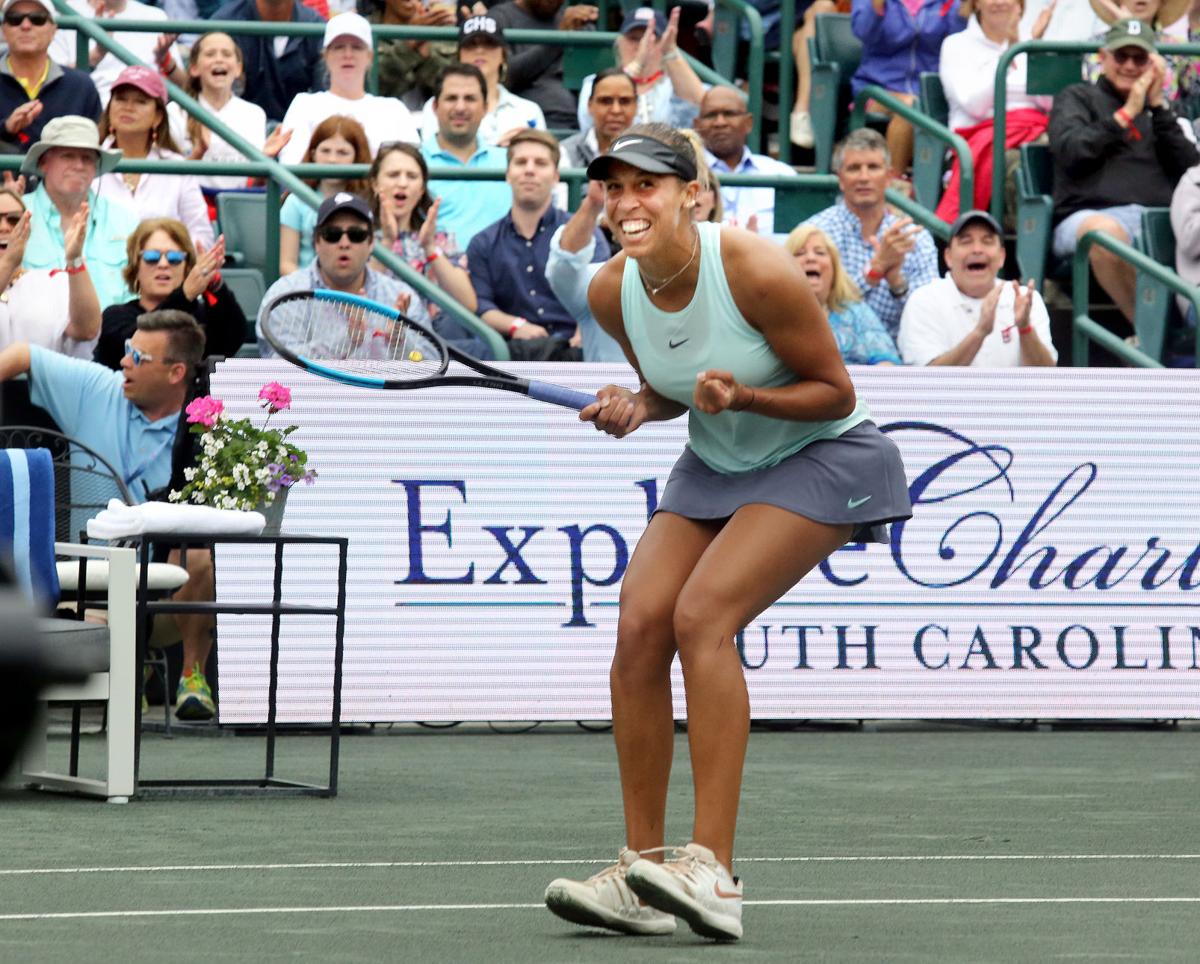 Madison Keys reacts to defeating Caroline Wozniacki in the championship match of the Volvo Car Open held on Daniel Island in 2019. Brad Nettles/Staff 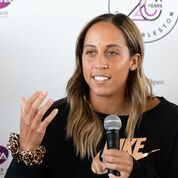 Little more than a year ago, Madison Keys traded shots with tennis legend Tracy Austin on a makeshift court atop The Dewberry, a five-star hotel in downtown Charleston.

Later that day, she gave tennis tips to students on the playground at Meeting Street Academy as part of her "Kindness Wins" initiative.

Those appearances in March of 2020 were the duties of the defending champion of the Volvo Car Open, Charleston's stop on the WTA Tour and the premier women's-only tennis tournament in North America. Keys, the 2019 champion, was in town to promote the VCO, set to celebrate its 20th anniversary in Charleston the next month.

Just 10 days after Keys' visit, the 2020 Volvo Car Open was canceled, a victim of the coronavirus pandemic that was then only beginning to spread.

"Honestly, I can't believe that was only a year ago," said Keys, who is still the reigning champion as the Volvo Car Open cranks up this week at LTP Daniel Island. "So much has happened since then. The world is definitely different, but I know all the players are excited to get back to Charleston."

Both Keys and the Volvo Car Open are making a comeback from COVID-19.

The tournament, a WTA 500 level event on the women's tour, features a strong field led by No. 1-ranked Ash Barty of Australia and top 10 players Sofia Kenin and Petra Kvitova. But there will be no tickets sold for the Volvo Car Open this year; it will be a made-for-TV event broadcast on the Tennis Channel.

Likewise, the 19th-ranked Keys is coming back from her own brush with COVID-19. The 26-year-old tested positive in January, preventing her from playing in the year's first Grand Slam at the Australian Open.

Coping with a neck injury and COVID-19, Keys was absent from the WTA Tour for five months before returning in March in Doha. She won her first match back, against No. 12 Belinda Bencic.

"I tested positive, but I really didn't have anything," Keys said. "As soon as I was out of my isolation period, I was back to normal."

Keys' victory at the 2019 Volvo Car Open was the fifth of her five WTA Tour singles titles. She defeated Caroline Wozniacki, who has since retired from her pro career, in the finals.

"I came in that year feeling not incredibly confident," Keys said. "But to be able to get that win and end up having a really, really good tournament, it was a lot of great memories in one of my favorite places."

Indeed, Keys' WTA bio lists Charleston and Rome as her two favorite places. She knows the lengths to which VCO owner Ben Navarro, tournament director Bob Moran and tournament manager Eleanor Adams have gone to put on the Volvo Car Open this year, as well as a WTA 250 event to follow the next week on Daniel Island.

"I've always loved Bob and Eleanor, and we are so lucky to have Ben Navarro supporting us at what I know is a crazy time," Keys said. "Being able to come back to Charleston is really fantastic."

• No. 4 seed Kiki Bertens has withdrawn from the Volvo Car Open due to an injury to her left leg.

"I am very disappointed to have to withdraw from the Volvo Car Open this year," said the 2018 VCO champion. "I was hoping to be ready for the clay but need to listen to my body. I wish the tournament and players good luck and can't wait to be back next year in the new stadium."

No. 9 seed Marketa Vondrousova will take Bertens' spot in the draw and will receive a first-round bye.