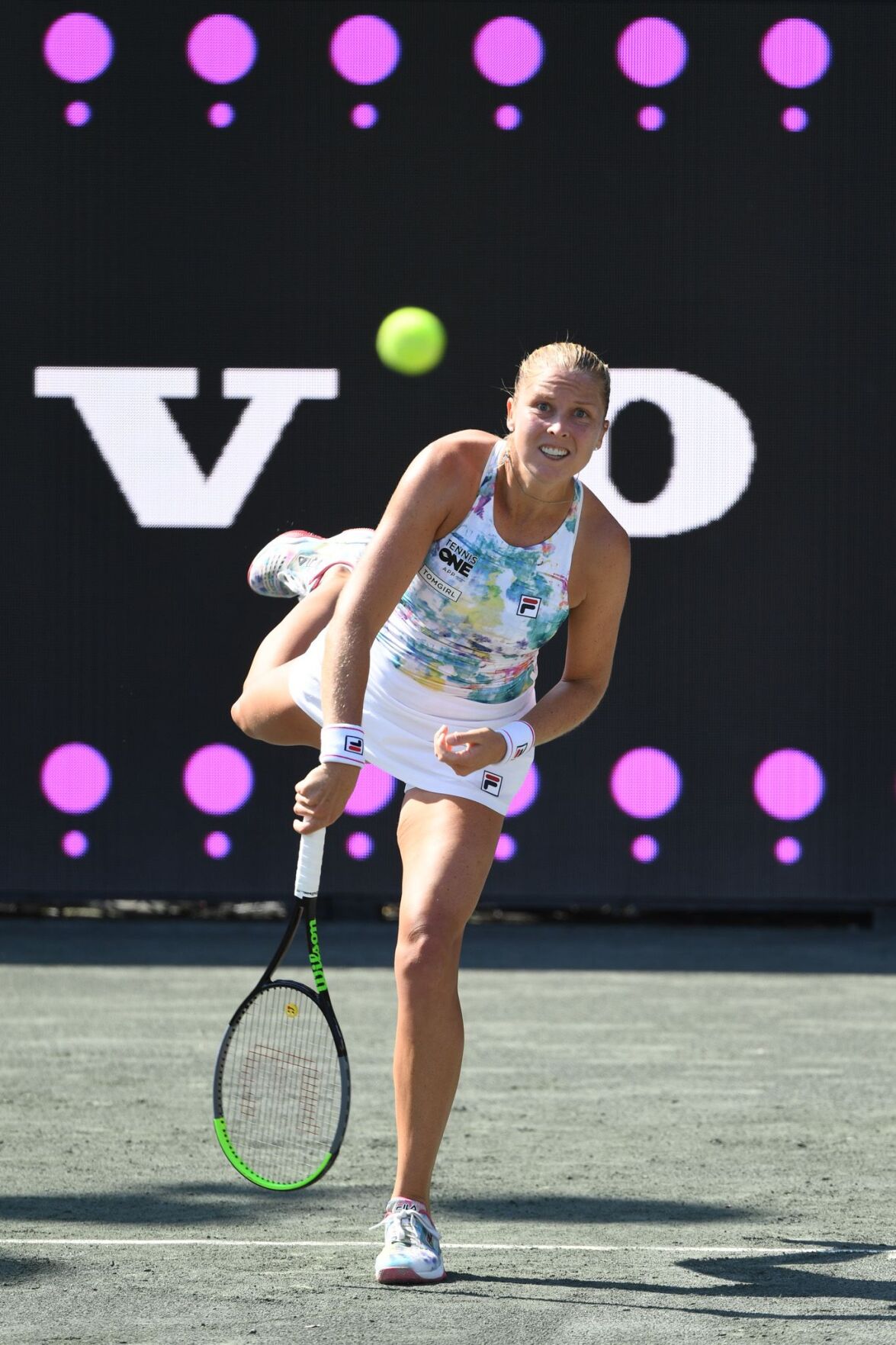 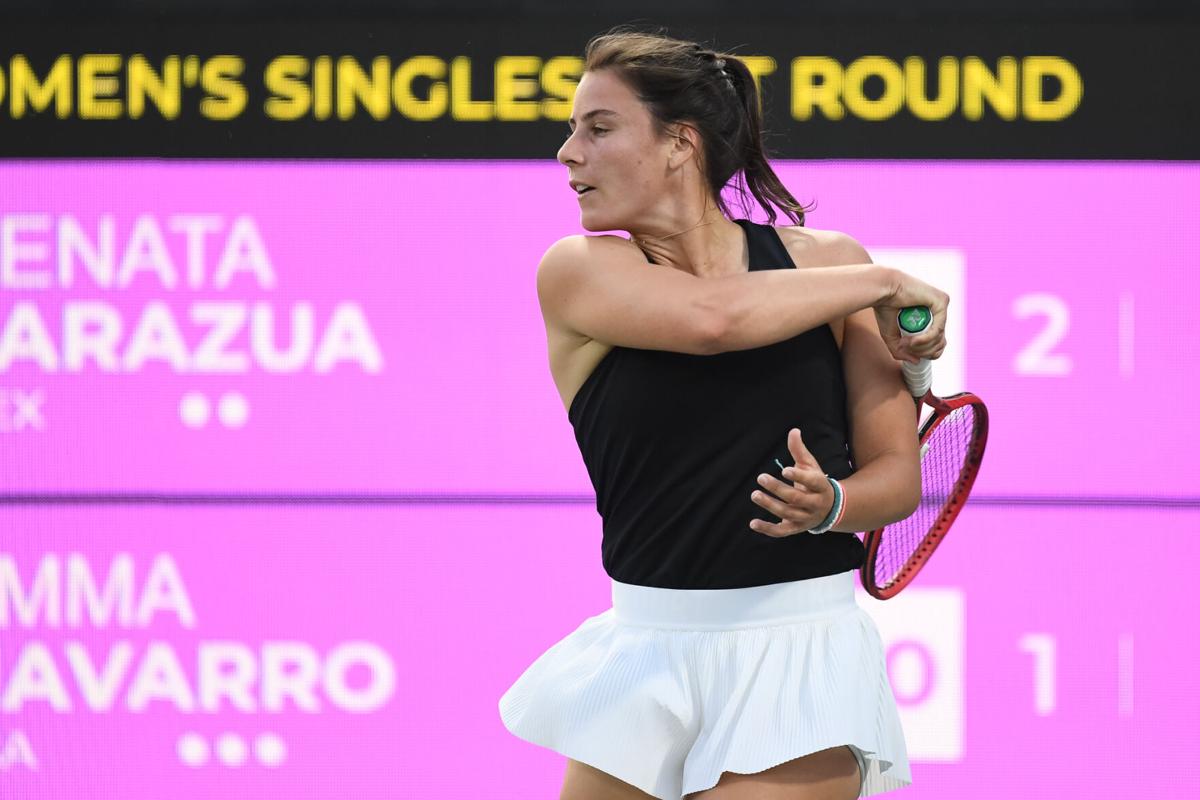 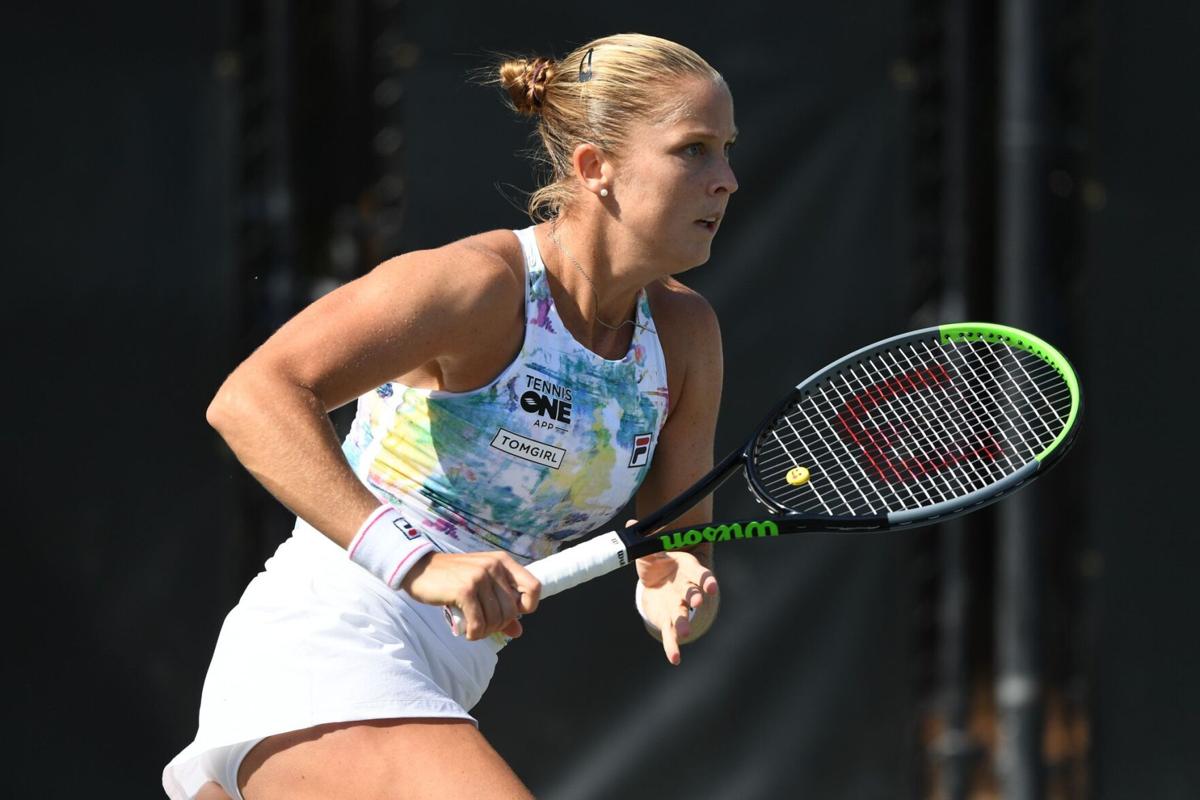 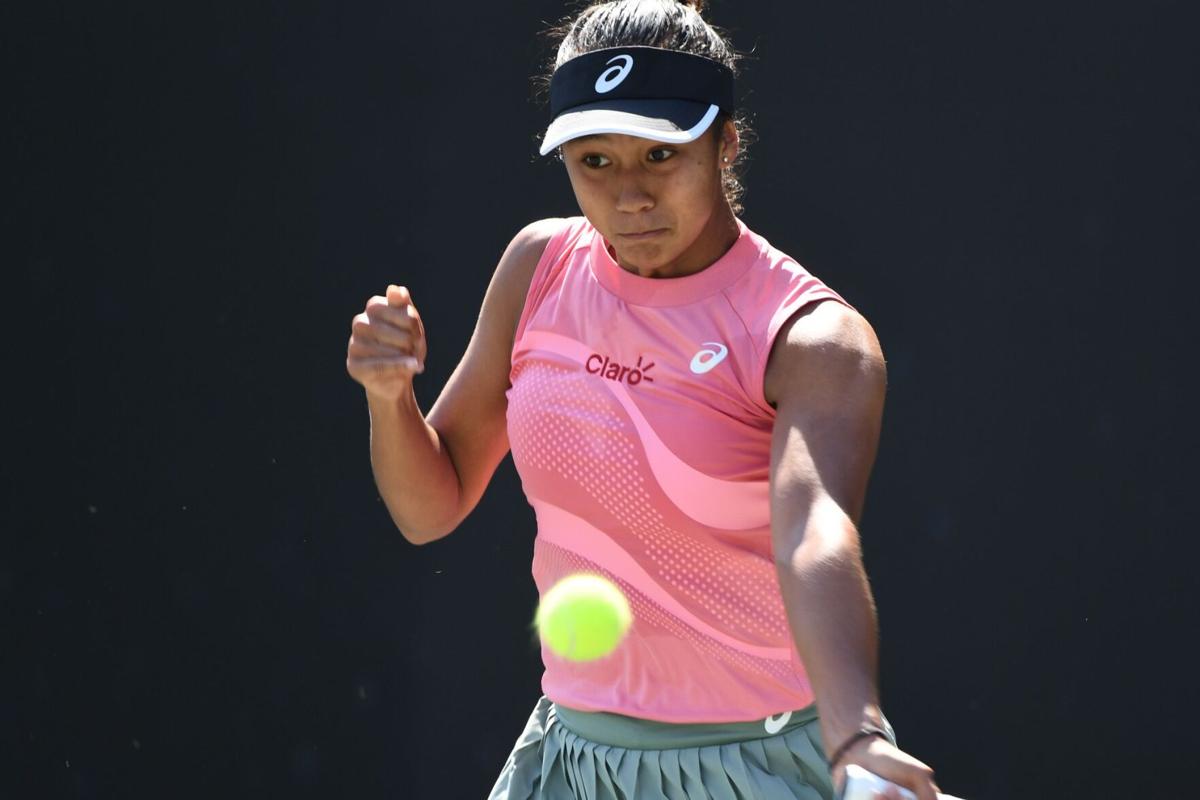 In the next two weeks, Charleston's Shelby Rogers has two chances to win a WTA Tour singles title in her hometown.

With a second event following this week's Volvo Car Open on Daniel Island, she also has a chance to win twice in her hometown.

"I like the sound of both of those," Rogers said with a laugh.

The 28-year-old Rogers, who grew up playing on courts in Mount Pleasant and Charleston, took an impressive first step toward that goal on April 6 with a 6-4, 6-3 first-round victory over No. 55 Kristina Mladenovic of France.

Ranked No. 52, Rogers will face American teenager Amanda Anisimova, the No. 13 seed, in the second round.

Madison Keys and the Volvo Car Open both making a comeback

Another Charleston-bred player, 19-year-old Emma Navarro, won her first-round match by 6-4, 6-3 over Mexico's Renata Zarazua in a night match. It was the first main-draw win in a WTA Tour event for Navarro, who plays No. 1 singles for Virginia and is ranked No. 6 in NCAA Division I.

Navarro will face No. 16 seed Veronika Kudermetova in the second round.

"I've been practicing basically for this my whole life," Navarro said. "It's always been my goal to just see how good I could be ... I just see this as another milestone on my path to seeing how good I can get."

With an 11-5 singles record this year, Rogers is playing some of the best tennis of her 12-year pro career, with a victory over superstar Serena Williams, a run to the U.S. Open quarterfinals and a fourth-round appearance at the Australian Open in the last year.

But she is still seeking her first WTA Tour singles title. With the Charleston 250 following the Volvo Car Open at LTP Daniel Island next week, she has two chances to achieve that breakthrough and have a really special homestand.

Rogers' last match victory at the Volvo Car Open, in 2019, was an emotional win after almost a year away from the WTA Tour due to a knee injury. With no tickets being sold for this week's tournament, there were only a few spectators at Althea Gibson Court to cheer her win over Mladenovic, which took one hour and 39 minutes.

"I haven't really seen my family or anything yet, but there were a few familiar faces in the crowd," said Rogers, who has five victories against top 20 players this year. "And that was nice. I actually took it as a little bit of comfort, and it was nice to have those people out there and gave me a little extra motivation. I'll try to use all that as much as I can."

Instead of soaking in applause and hitting balls to fans in the stands after her win, Rogers wore a facemask and hit balls at a target to raise money for the MUSC Shawn Jenkins Children's Hospital as part of the Volvo Car Open's partnership with Truist. An on-target shot means a $500 donation to MUSC.

"I felt more pressure doing that than in the match," Rogers joked. "I didn't want to hit someone or hit a window, which I did anyway. Fortunately, it didn't break. I feel like I should donate $500 for that terrible performance. Hopefully, I get another shot at that."

Rogers' best chance to win the tournament where she once served as a ball kid came in 2017, when she advanced to the quarterfinals.

Her road to the quarters or beyond this week won't be easy. After the 33-ranked Anisimova in the second round, Rogers is on track to face world No. 1 Ash Barty in the third round, for the third time this year. Barty won the first two matches, one in three sets at the Yara Valley Classic in Australia, and one in straight sets at the Australian Open.

Against Mladenovic, Rogers had to fight off break points in her first two service games. She tightened things up enough to win 10 straight points on serve for a 4-3 lead before breaking Mladenovic in the eighth game for a 5-3 lead. Mladenovic served one of her 13 double faults at set point to hand Rogers the first set.

"There were a couple of gusts that came through, a little bit of wind," she said. "I found my rhythm a little better and I was happy with the way I closed out both sets."

In the second set, Rogers overcame three break points to hold serve and take control at 3-0, converting with a service winner on her third match point. Rogers had five aces against just two double faults and won 65.6 percent of points on her serve.

"That was a big game and was super key," Rogers said. "My serve got me out of some tough moments today, and it was great to be able to rely on that."

Charleston's Emma Navarro, who plays No. 1 singles for the University of Virginia, and American teen Coco Gauff are scheduled to play night matches on Tuesday.

• Vania King, a 32-year-old American player and Grand Slam doubles champion, announced her retirement from pro tennis on Tuesday at the Volvo Car Open after a first-round loss in doubles.

I’ve been ready for a year, I’ve been emotionally ready for about a year and a half, so I’m really excited for the next chapter," she said.

• Seeded players Petra Kvitova and Garbine Muguruza each won for the first time at the Volvo Car Open.

“It didn’t go to well the last time I was here,” said Muguruza, who last played in Charleston in 2013. "So I was always thinking, ‘Man, this grey or green clay, I have to come back and have a different feeling.’"