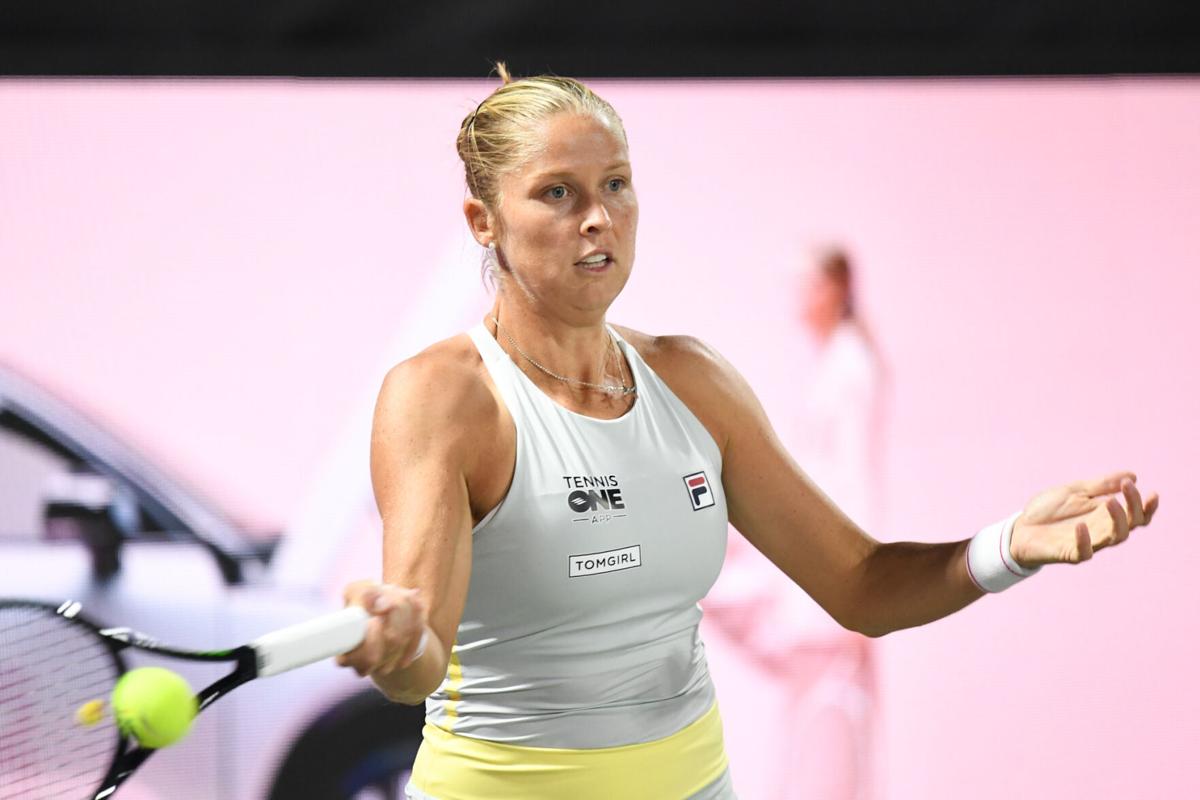 Charleston's Shelby Rogers rallied from 1-4 down in the second set to beat No. 13 seed Amanda Anisimova at the Volvo Car Open on April 7. Volvo Car Open/Chris Smith 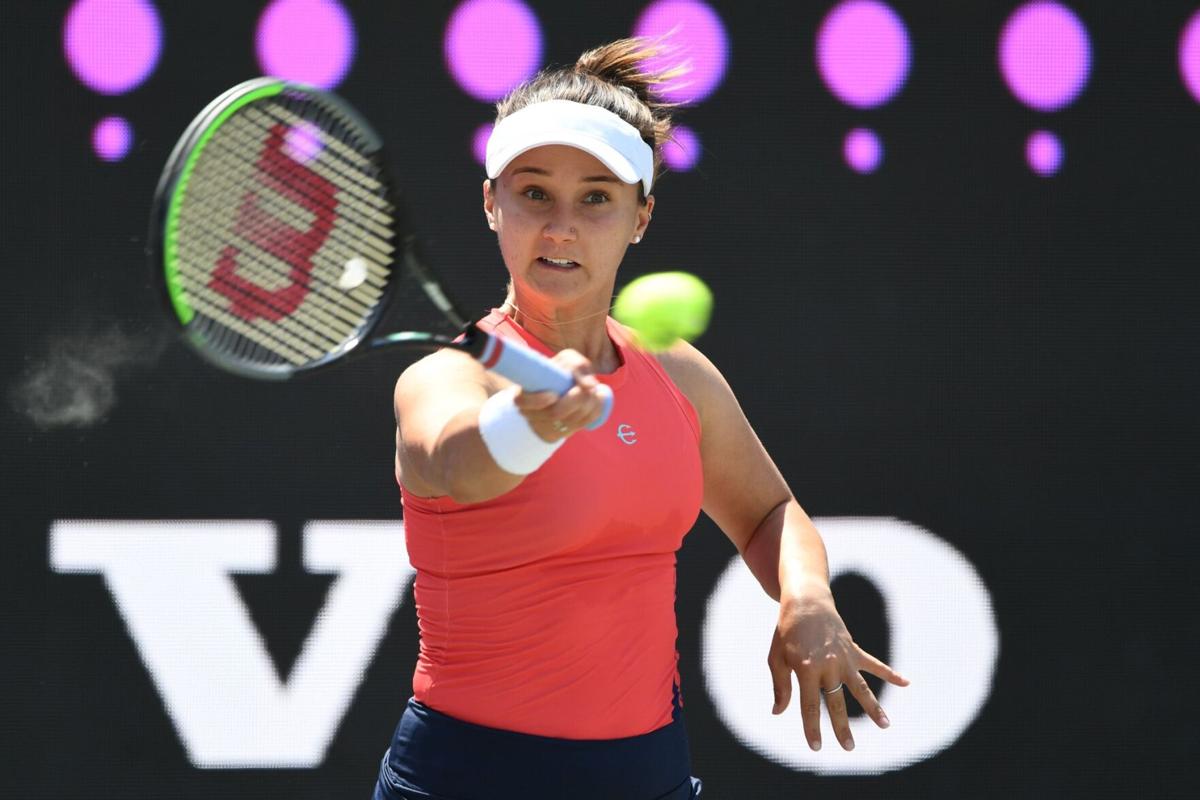 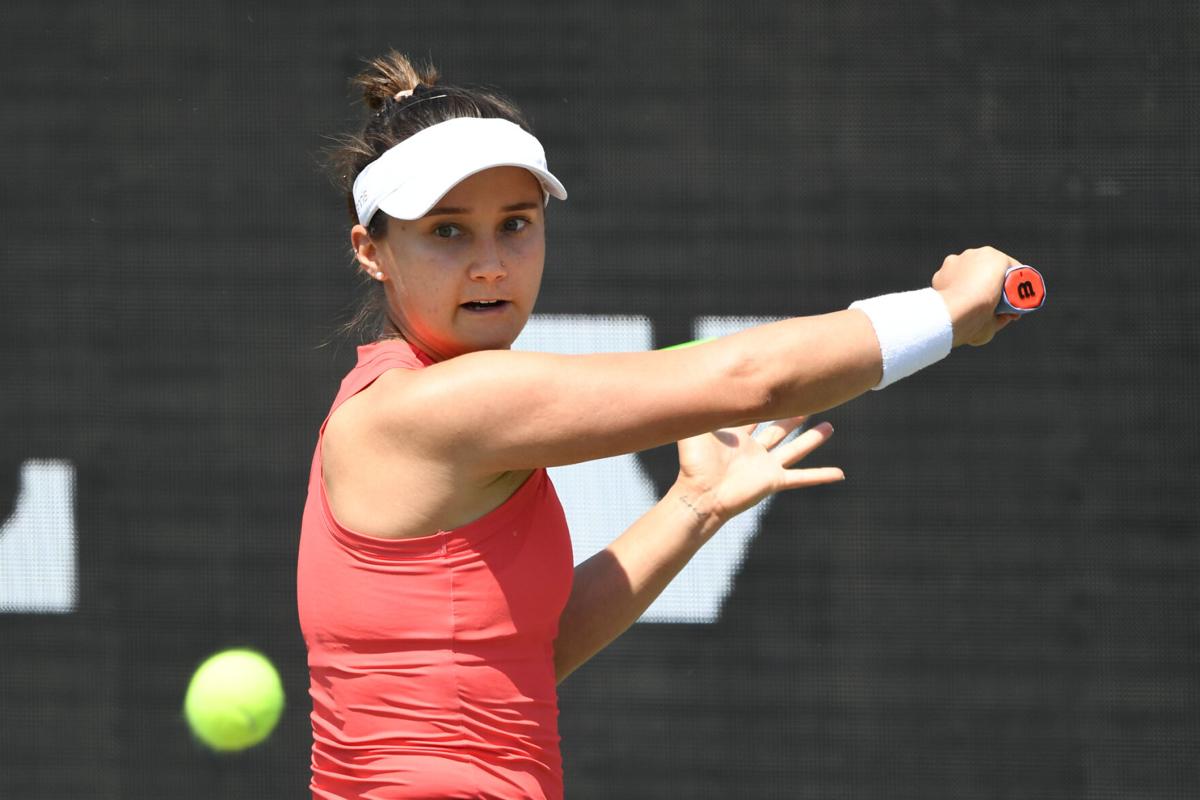 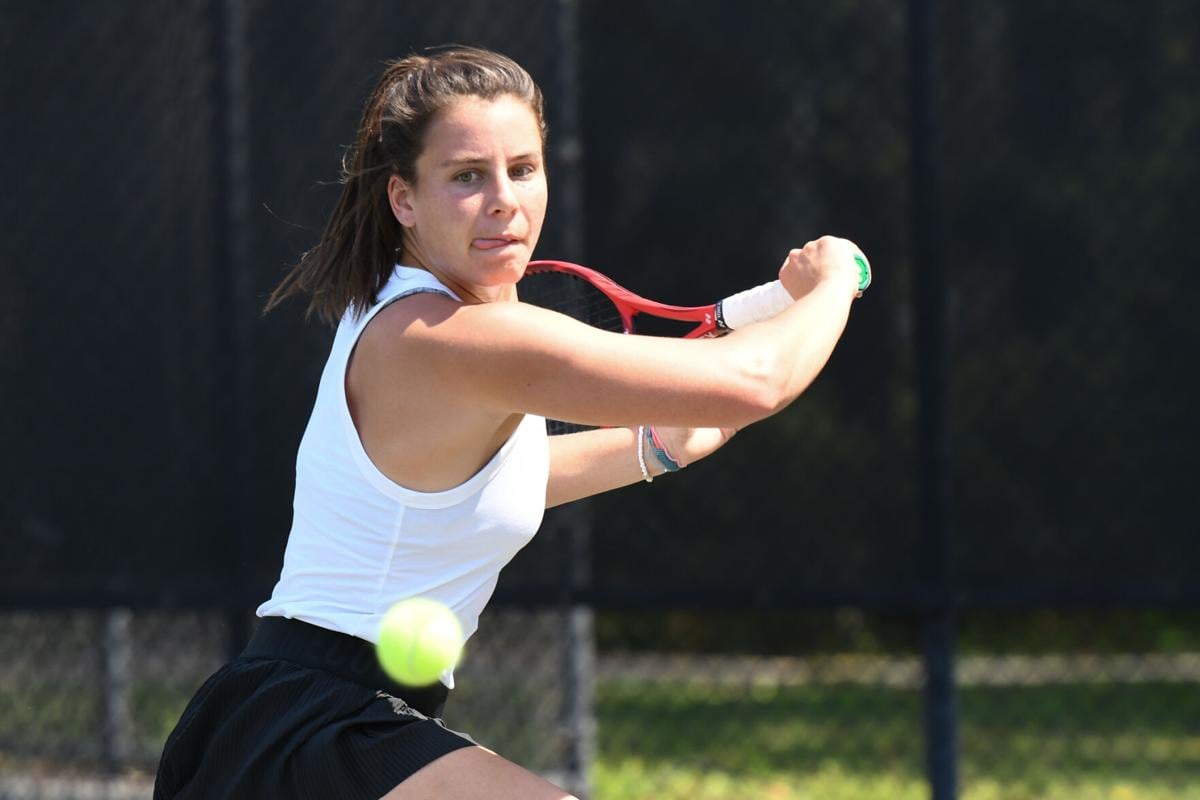 Charleston's Shelby Rogers rallied from 1-4 down in the second set to beat No. 13 seed Amanda Anisimova at the Volvo Car Open on April 7. Volvo Car Open/Chris Smith

American Lauren Davis pulled off the biggest of several shockers at the Volvo Car Open on Wednesday, but it was Charleston's Shelby Rogers who served up the drama.

No. 5 seed Belinda Bencic and No. 7 Elise Mertens also made early exits from Charleston's WTA 500 event. World No. 1 Ash Barty avoided the string of upsets with a straightforward 6-2, 6-1 win over No. 77 Misaki Doi of Japan, her seventh straight match win after claiming the Miami Open last week.

Reigning VCO champ and No. 8 seed Madison Keys went out with a 6-4, 6-4 loss to former Volvo champ and good friend Sloane Stephens in a night match, and Charleston's Emma Navarro lost her second-round match.

Both Rogers and Anisimova were two points from victory at different stages of the match, which lasted 2 hours and nine minutes and featured the 19-year-old Anisimova receiving a point penalty for "unauthorized leaving of the court."

Ahead 4-1 in the second set, the No. 33-ranked Anisimova called for a medical timeout to get her right thigh wrapped. Rogers rallied to take the second set by 7-5, and Anisimova reacted by slamming down her racquet and apparently saying something to Rogers. She then asked to go to the bathroom and left the court, but did not go to the bathroom, drawing a point penalty.

In the third set, the players traded six straight service breaks for 3-3 before Rogers held at love for 4-3. In the 10th game, Rogers got to deuce on a net cord, then won the match on a Anisimova error, screaming out "Come on!" when she had won.

"Chaos is a good word for it," Rogers said afterward. "I haven't been that overwhelmed at the start of a match in a long time. I'm really proud of myself for turning it around, because that could have been a brutal walk back to the clubhouse at 6-1, 4-1."

Her prize is a third chance to beat Barty this year; so far, Rogers is 0-2.

"She's pretty darned good, that's what I've learned," Rogers said. "She's serving great, like we saw in Miami, and she's got a lot of confidence on her serve. That will be a huge factor, whether I can get in some of those games. But you are doing something right if you get to play the No. 1 player in the world three times already."

Kenin, the highest ranked American in the field, took a medical timeout when she was down 3-0 in the third. With her left thigh heavily wrapped, Kenin won the next three games before Davis recovered to close out the match, her first win over a top 20 foe this year.

Davis, who made the quarterfinals at the Volvo Car Open in 2015, adjusted her tactics after dropping the first set against Kenin, who was the WTA player of the year in 2020, when she won more than $4 million in prize money.

"I'm most proud of the fact that I went in with a certain game plan and then found that it wasn't working so much," Davis said. "I was a bit uncomfortable so I just really dug deep and really started to think about how to beat her and I found that heavy deep balls were not her favorite. Being on clay, the ball bounces high, pushing girls back, so it's very effective."

Kenin, who won a Grand Slam at the Australian Open in 2020, is known for her bulldog mentality and no-look serve.

"She's one of the best competitors I've seen," said Davis, who has been ranked as high as No. 26 in the world. "So to have won this one here in Charleston, in these really hot conditions, was really, really nice."

Kenin's medical timeout when she was down 0-3 in the third set lasted about 10 minutes.

"I didn't stress about it too much," said Davis, who is from Gates Mills, Ohio. "Obviously, the timing was not ideal because I very much had the momentum going. She won the next three games and started playing a lot better. I could have easily let her claim the momentum and the match, but I tried my best to stay present and fight and find it within me to keep going."

It was Badosa's first career win over a top 20 player, and she has lost in straight sets in five previous encounters with top 20 players. Making her VCO debut, Badosa has had success on clay; last year, she upset Sloane Stephens and 2017 French Open champ Jelena Ostapenko to reach the round of 16 at Roland Garros.

Navarro, who won her first WTA Tour main-draw match on Tuesday, fell in the second round by 6-4, 6-4 to Veronika Kudermetova, a 23-year-old Russian who is ranked No. 38 in the world.

Navarro, 19 and the Post and Courier's All-Lowcountry high school player of the year in 2017, plays No. 1 singles at Virginia. The Ashley Hall graduate won her first 14 matches this college season before on April 4 to defending NCAA singles champ Estella Perez-Somerriba of Miami in straight sets.

Navarro did team with partner Caroline Dolehide to win in doubles, by 6-1, 6-4 over Chinese pair Zhang Shuai and Xu Yifan.

No. 12 seed Ons Jabeur of Tunisia handled 19-year-old American Hailey Baptiste by 6-3, 6-3, to move into the third round.

• Marketa Vondrousova has withdrawn due to illness and was replaced in the draw by lucky loser qualifier Whitney Osuigwe. Vondrousova, a 21-year-old from Poland, is ranked No. 20 in the world ... Osuiwge dropped her opening match by 6-1, 6-4 to Kurumi Nara.

“It definitely means a lot,” said Gauff, 17 and ranked No. 36. “I played pretty well. When it got close in the first set, I was able to control the points and find my calmness and pull through. Pretty much all of my double faults were pretty good misses long. Those are the misses that I want. My serve is constantly evolving.”