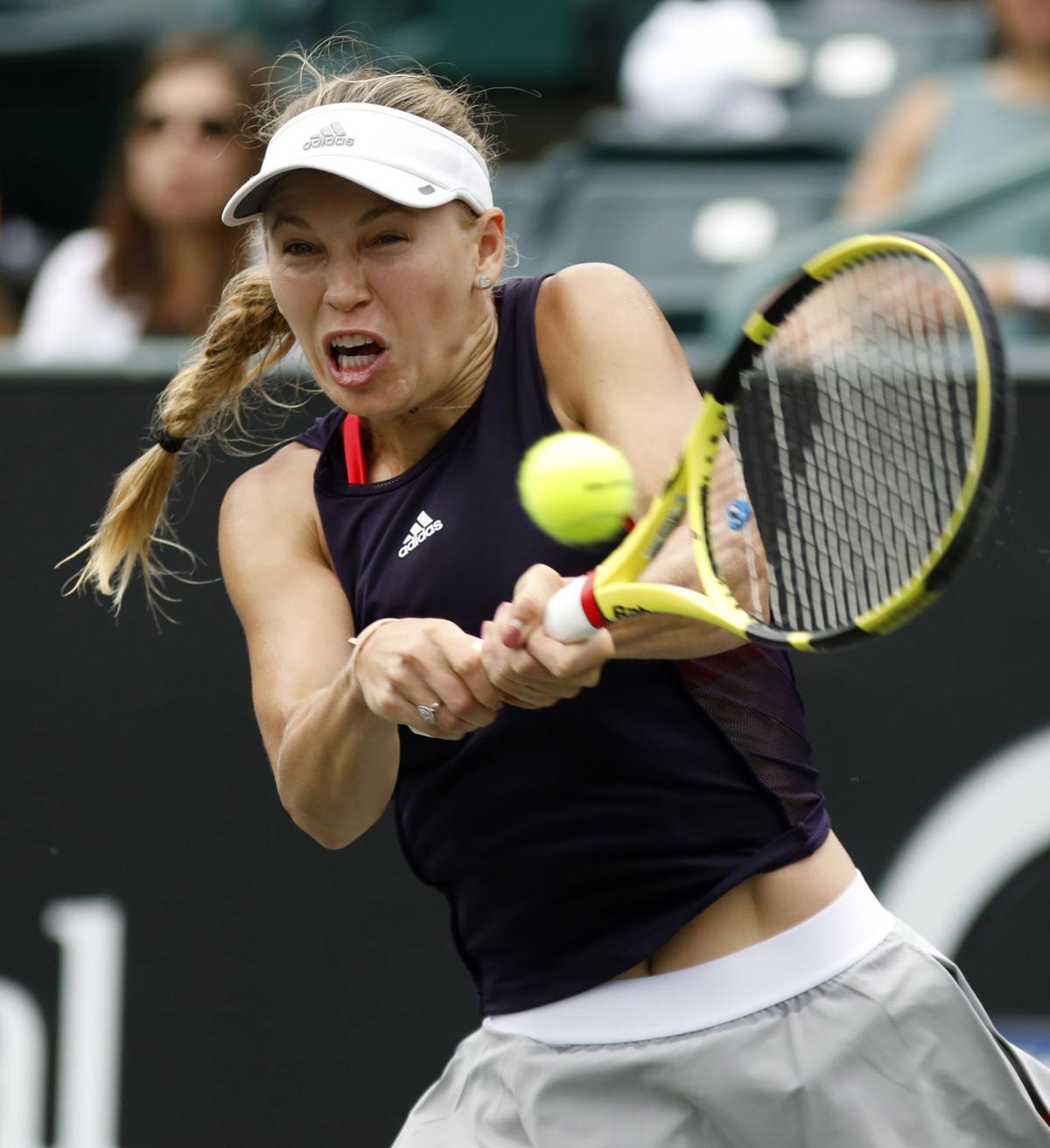 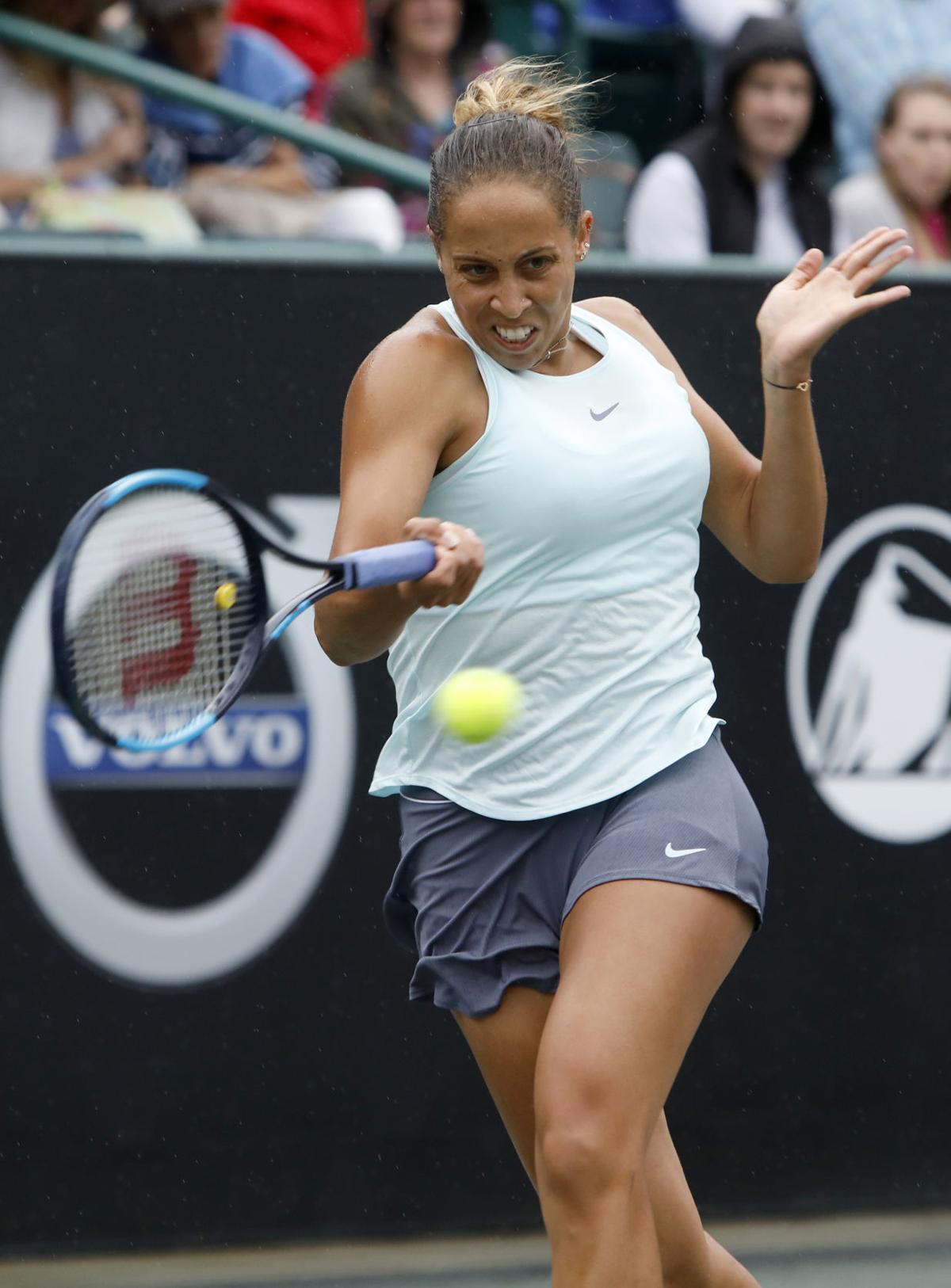 Madison Keys returns a shot to Monica Puig, from Puerto Rico, during their semifinals match at the Volvo Car Open in Charleston, S.C., Saturday, April 6, 2019. Keys won 6-4, 6-0, to advance to the finals. (AP Photo/Mic Smith)

Madison Keys returns a shot to Monica Puig, from Puerto Rico, during their semifinals match at the Volvo Car Open in Charleston, S.C., Saturday, April 6, 2019. Keys won 6-4, 6-0, to advance to the finals. (AP Photo/Mic Smith)

Caroline Wozniacki and Madison Keys are only four years apart in age, but that can be a lifetime in women's professional tennis.

Wozniacki, 28 and a former No. 1 who's won 30 WTA Tour titles and $33 million in prize money, and the 24-year-old Keys — still young enough to be considered a rising American star — will clash at 1 p.m. Sunday in the Volvo Car Open final on Daniel Island.

It's a generational matchup that's as glamorous a championship pairing as the VCO has had since Serena Williams played anybody in her title runs of 2008, 2012 and 2013. As far as having two household names in the final, it might be the most attractive title match since WTA legend Justine Henin beat a young Serena in 2003.

Both Wozniacki and Keys won in impressive fashion in Saturday's semifinals, with the No. 5 seed Woz taking out No. 16 Petra Martic 6-3, 6-4. Keys, seeded No. 8, dismissed 2016 Olympic gold medalist Monica Puig 6-4, 6-0 in a rain-interrupted match.

Wozniacki has won both her previous meetings with Keys, both times on hard courts at Indian Wells in 2017 and at the U.S. Open in 2016. Wozniacki is in her third VCO final, having won in 2011; Keys is making her second appearance in the final, having lost to Angelique Kerber in 2015.

The final will pit Wozniacki's relentless defending and superior conditioning against the firepower of Keys.

"I felt I was close, but I think many players feel this against Caroline, and then they end up losing," said Martic after her loss to Wozniacki. "Physically, I was struggling a little bit (with a leg issue), but that's probably the strongest suit of her game, her legs.

"She just doesn't give you anything for free, and you have to work so hard. Today, it was just not possible for me."

Keys was reminded Saturday of her 0-2 record against Wozniacki.

"Real confidence booster there," she joked. "I feel super awesome about it, can't wait! But I'm definitely going to look at how she's been playing and just try to have a really great game plan. But more that that, I'm just focused on myself."

On the other hand, Wozniacki will have to deal with the power of Keys, who belted a 128 mph ace in her quarterfinal win over Stephens and has a tournament-best 21 aces in four matches here, including nine against Puig on Saturday.

"Madison has a big serve and looks to run around that forehand a lot," Wozniacki said. "I need to be ready from the start."

"She really kept me pressed back behind the baseline and didn't really let me hit my shots," Puig said. "She hits a really big ball, there's no doubt about that. But I felt like I gave her the chance to do that. A lot of my shots went short."

Wozniacki, who went for a 5-mile run in downtown Charleston earlier this week with boyfriend and former NBA player David Lee, has had to work hard to cope with rheumatoid arthritis and the aftereffects of a viral illness that kept her out of action earlier this season.

"Oh, 100 percent," she said. "I need to put in the work. I need to be out there. I need to be focused ... When you're not feeling well, you cannot really be out there on court, and you haven't practiced and the conditioning goes down.

"It's not a great combination for my game. I need to be out there, and then the results come."

Keys' challenges have been more with wavering confidence after second-round exits at Indian Wells and Miami.

"I think just having a really good understanding of how I want to play," she said. "... And feeling like I don't have to play out of my mind or do anything amazing to win."

When Sloane Stephens trounced Madison Keys in the U.S. Open final two years ago, the two hugged at the net for what seemed like minutes as the…

'Stuff happens': At Volvo Car Open, a glimpse of life on WTA Tour

Charleston teenager Emma Navarro got a glimpse this week at what her future life might look like.

With Charleston businessman Ben Navarro taking over as the new owner, the Volvo Car Open embarks on a new era.