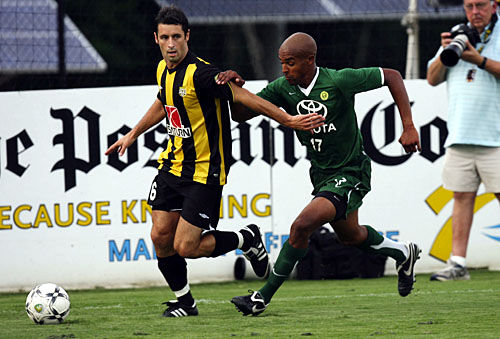 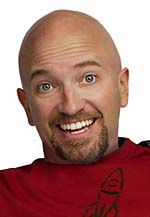 Armstrong, 33, signed to play with the Charleston Battery on Tuesday for this season.

Plagued by ankle and lower leg injuries in 2009, Armstrong was limited to just 16 games last summer and managed a career-low two goals and one assist.

"Last year was a very frustrating season for me," Armstrong said. "I came into the preseason camp with a bad ankle and it took two or three months to finally get healthy. Then I played a couple of games and hurt my calf. It was just one of those years."

For the past four seasons, Armstrong had been playing in the Major Indoor Soccer League during the winter months. He said playing in the indoor season and then coming straight to the Battery in the spring took its toll on his body.

"It's not something I'd recommend to any player," said Armstrong, a native of Cape Town, South Africa. "I was playing 10 or 11 months out of the year for seven straight indoor and outdoor seasons. My body just couldn't take it anymore."

Armstrong skipped the indoor season this past winter and is the better for it. He spent some of the fall and winter in Indiana, working as an assistant coach at his alma mater, Butler University.

"I was able to get back home and see my family in England," Armstrong said. "It was nice to finally get a break from playing. I think that's why I feel so good right now. I haven't felt this good in a number of years. When I was coaching, I was able to ride the bike and work out without killing my body."

Armstrong said he wasn't sure what his future would hold when the Battery decided to drop down to the USL Second Division. "I think a lot of guys from last year didn't know what was going to happen. This is going to be a younger team. As a veteran guy, I know I'll have to take more of a leadership role on this team, and that's OK with me."

"We wanted to bring back a couple of quality veterans, and we were very fortunate to sign Stephen again for this season," said Battery head coach, Mike Anhaeuser. "He is a proven goal-scorer and should help us tremendously in the final third."

Armstrong, who played four years in Major League Soccer with D.C. United, the Kansas City Wizards and the Columbus Crew, said he's looking forward to this weekend's Carolina Challenge Cup, which is slated to start Saturday night at Blackbaud Stadium. The Battery will face three MLS teams in Real Salt Lake, Toronto FC and D.C. United during the event.

"It's always great to see who you match up against the guys from the MLS," Armstrong said. "It's a great way to kick off our preseason."