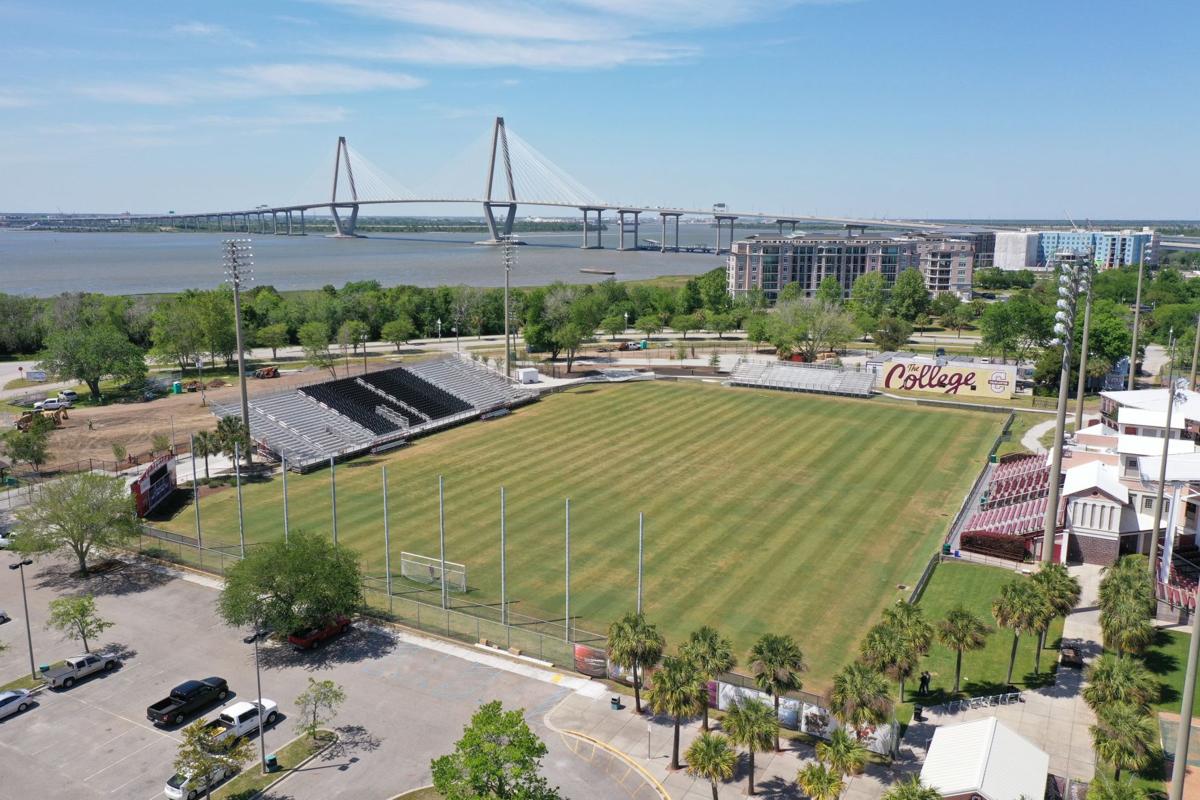 The USL has set a provisional start date set for July 11 for teams like the Charleston Battery to start playing league matches. Provided. 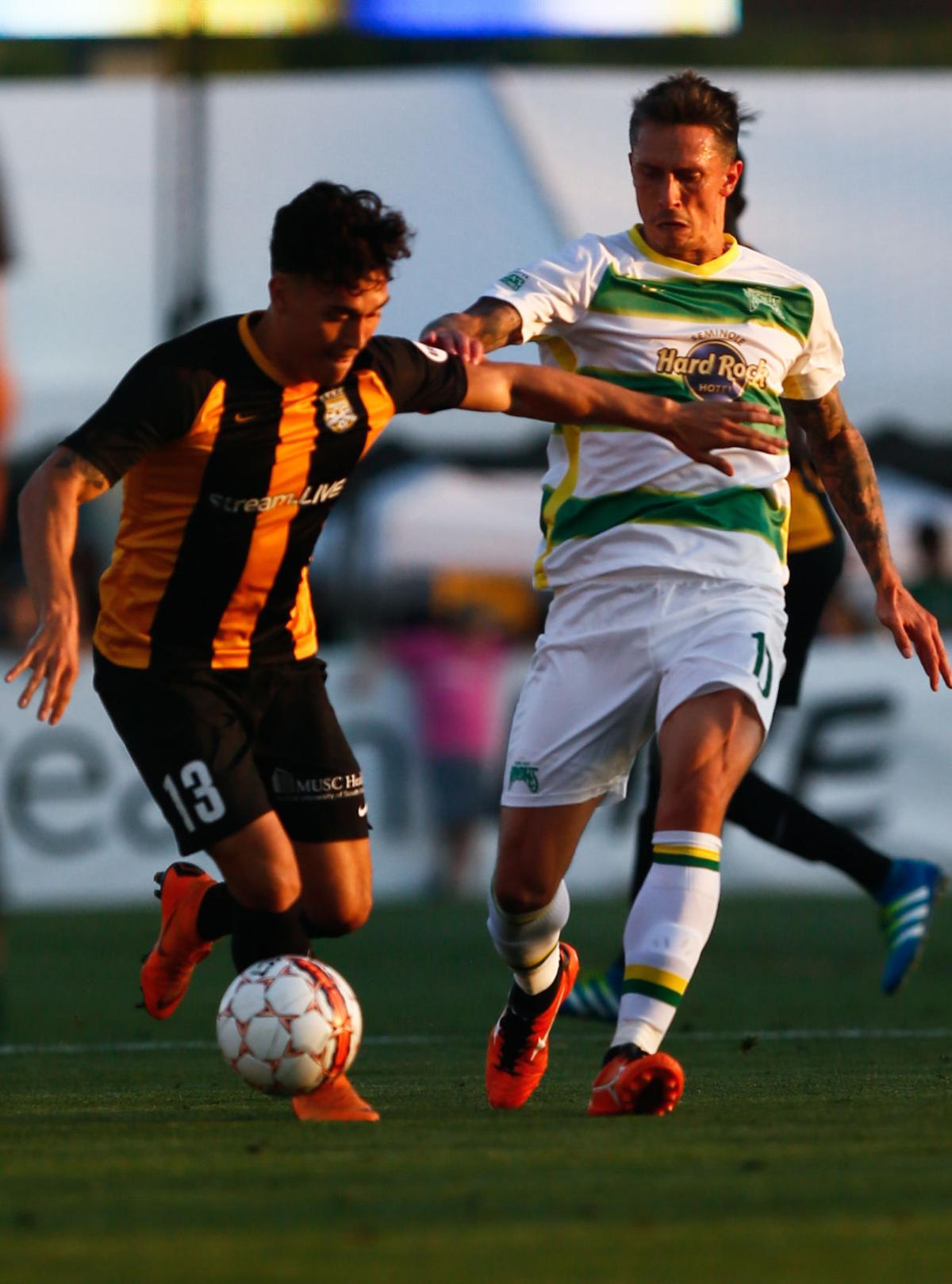 Charleston Battery midfielder Nico Rittmeyer can't wait to get back on the field after the coronavirus ended play in the USL in March. Andrew Whitaker/Staff

The wait is almost over.

It’s been 89 days since the Charleston Battery last took the field against Atlanta United 2 in a USL match.

On Thursday, the USL announced a provisional return date of July 11 for the 2020 regular season. What the rest of the regular season and postseason might look like as far as scheduling and number of games has yet to be determined.

The USL suspended its season on March 12 due to the coronavirus pandemic. The 35-team league that has clubs in the United States and Canada has allowed small groups of players to train together for about three weeks, but this is the first significant step toward returning to the pitch.

“It’s important to note that the league’s return to play will be conducted in strict alignment with all local and state public health guidelines,” the USL said in a prepared statement. “The USL remains in regular dialogue with the USL Players Association on all matters concerning player health and wellness protocols and looks forward to continuing those discussions.”

Charleston Battery midfielder Nico Rittmeyer can’t wait to get back onto the field with all of his teammates.

“I think everyone is super excited,” Rittmeyer said. “I know the guys are itching to get back and start playing games. There are still some administrative stuff that has to go through the league, but obviously the guys have been hopeful from the beginning that there would be a resolution and we’d get back on the field.”

The Battery was supposed to unveil its new Mount Pleasant facility at Patriots Point on March 28 against Philadelphia. That game, along with the other 16 Battery matches, that were scheduled be played through July 5 were postponed due to the pandemic.

The Battery is scheduled to play a road game against Philadelphia on July 12 and have a home match on July 18 against Pittsburgh. The number of games that will be played and when the regular season would end have yet to be finalized.

Charleston Battery principal owner Rob Salvatore said a new schedule hasn’t been determined, but believes it will include more matches against regional opponents.

“The short answer is that a schedule hasn’t been worked out yet, but I think all that will be happen sooner, rather than later,” said Salvatore, who purchased the club back in October. “I think the league is trying to cut down on travel so we’ll probably see more matches with clubs from our general area. Look, there is a lot going on in the world right now that is a lot more important than sports. But, I hope that sports can do what it has done in the past and that’s bring people together. The fact that there is something to shoot for as far as a date is really important and hopefully getting back on the pitch can bring the community together in some small way.”

Whether fans will be allowed to attend games at Patriots Point is another issue yet to be determined. Professional soccer has returned in Germany without fans and the English Premier League is set to get back on the field later this month playing in front of empty stadiums.

Salvatore doesn’t see the USL playing games without fans, something major sports leagues like the NBA, Major League Baseball, the NHL and NASCAR are still grappling with. Those leagues generate revenue by broadcasting games. That isn't the case at the minor league level where the vast majority of revenue comes from ticket sales. Salvatore said the club continues to its players despite the shutdown.

“Having fans in the stadium will be determined by what we are allowed to do and our determination around safety,” Salvatore said. “We are not in control of making those decisions. I think as we see some of the social distancing guidelines loosen up, we will have a better understanding of where we are.”

The Battery has been holding small group workouts for the past few weeks to stay in shape.

“We have been taking extra precautions,” Rittmeyer said. “There are temperature screenings before every practice. We’ve been practicing social distancing and there’s no contact. All the equipment has to be sanitized during the practice sessions. Obviously, that’s not normally how we train, but it’s better to train in groups of four than not train at all. Hopefully they will loosen those restrictions in the next couple of weeks and we can train in larger groups.”

Charleston Battery head coach Mike Anhaeuser said he will treat the next five weeks as a second preseason training camp.

“I think that’s the way we need to treat it, like the start of another season,” Anhaeuser said. “We only played one match and then we had this long delay, so it’s really like starting over again. We’ve been out there training, but that’s not like training for a match. Now that we’ve got a date, something to focus on, I think the players will start to ramp things up.”

Rittmeyer and Anhaeuser agreed that the four weeks to prepare for the July 11 start should give players and coaches plenty of time.

“As long as we can get back to training normally, it’ll take a couple of weeks to get match fit,” Rittmeyer said. “Playing in some scrimmages will help get us back up to speed, but that last little bit of fitness, that final 10 percent, won’t come until we actually start playing in matches.”

At this point, July can’t come fast enough for Rittmeyer and the rest of the Charleston Battery.