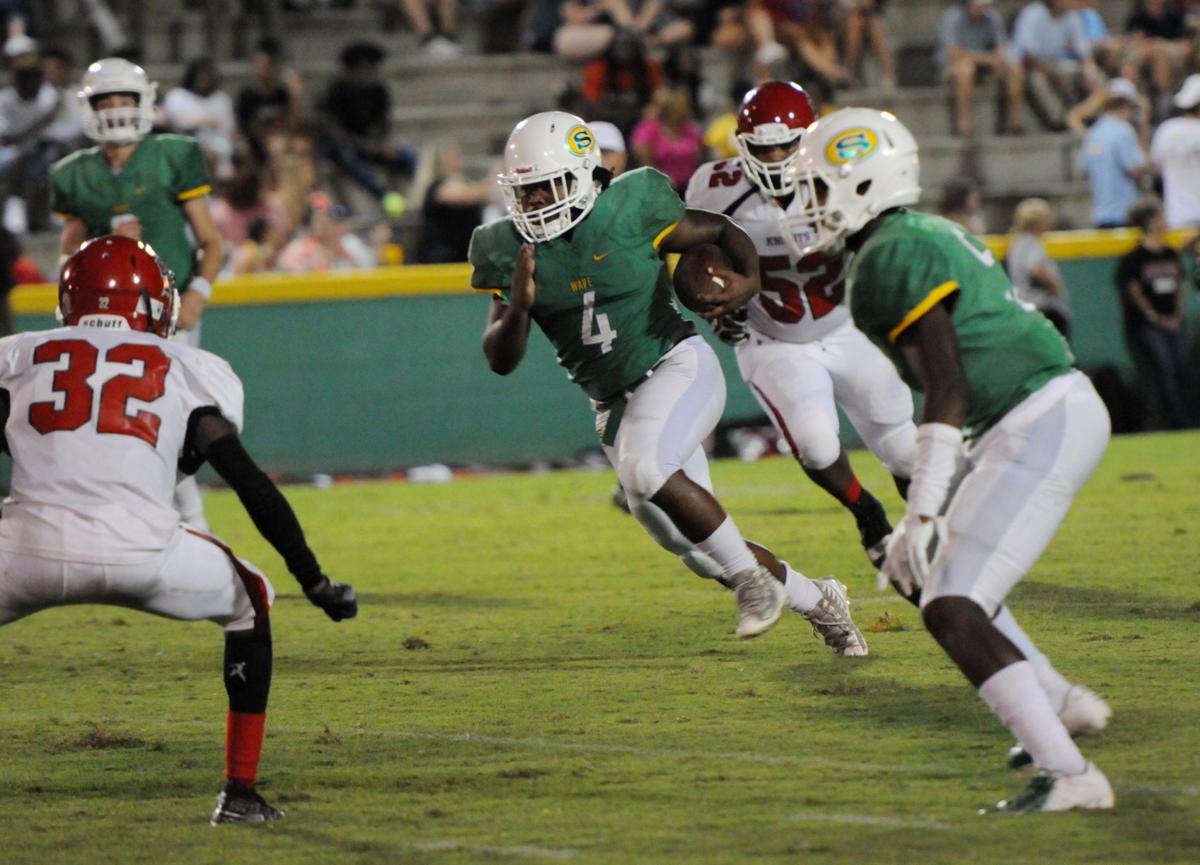 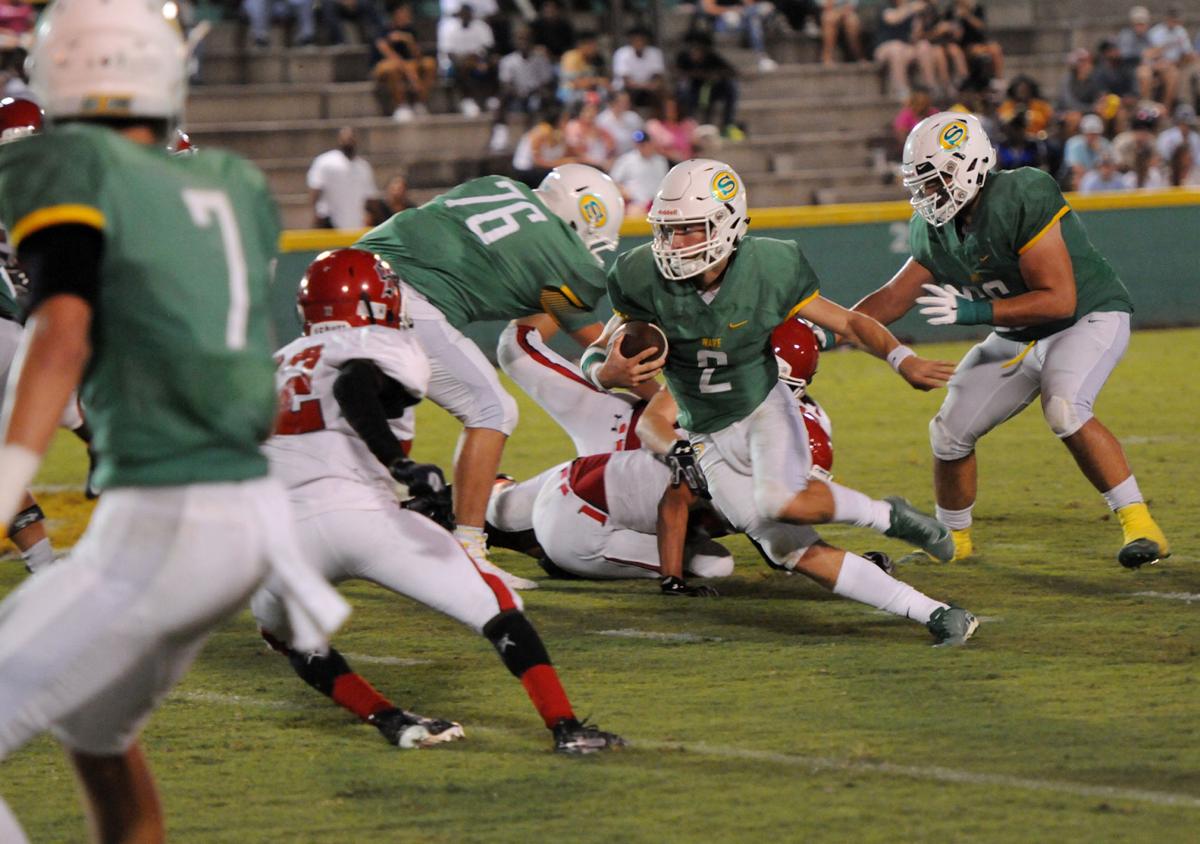 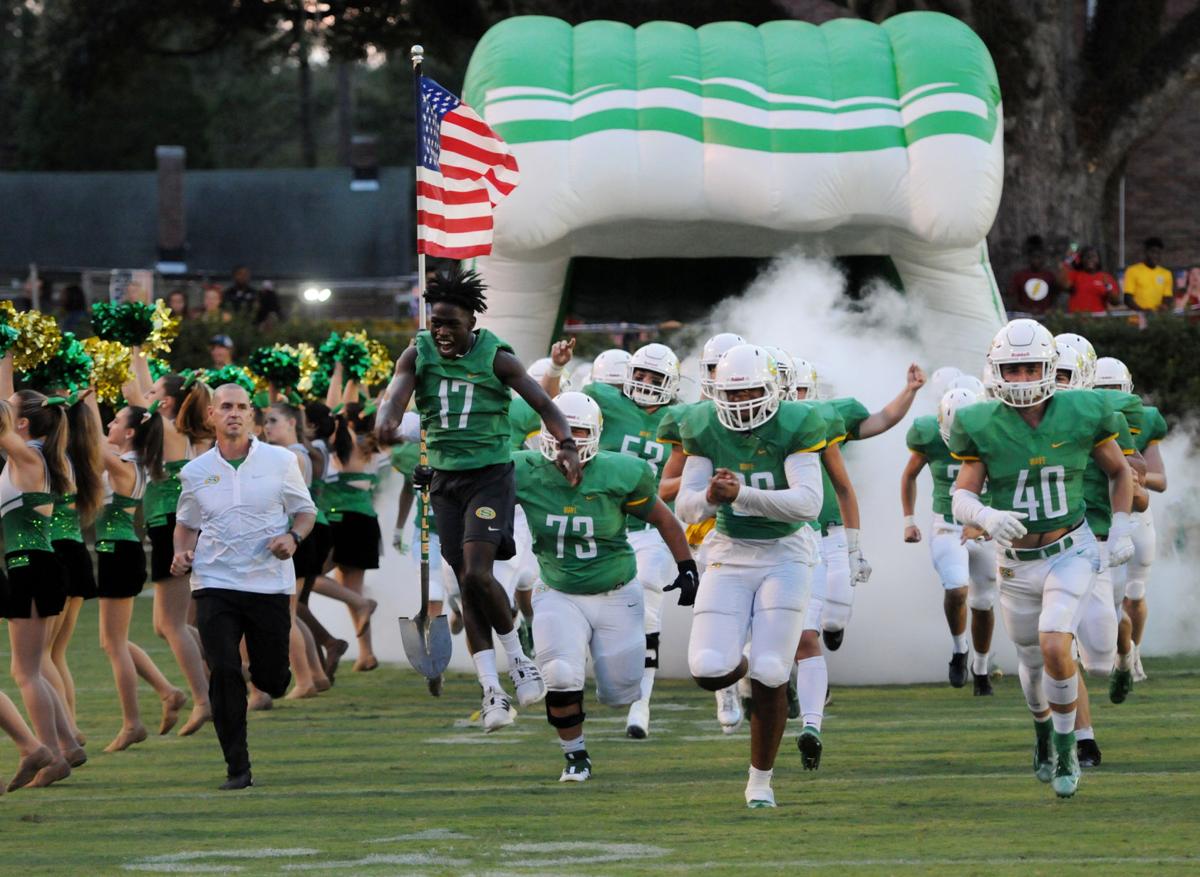 Summerville takes the field for its game with Stratford Friday.

Summerville takes the field for its game with Stratford Friday.

They both know how important this game is to their respective communities.

So with 42 seconds to play in the fourth quarter and the Knights trailing the Green Wave by a single point, there was no way McDaniel was going to go for the tie and overtime.

“We came here to win a ballgame,” said McDaniel, who played for the Knights in mid-1990s.

But Josh Davis’ 2-point pass, intended for Jaylin Hayward, was broken up in the end zone as the Green Wave held on to beat Stratford, 33-25, Friday night at John McKissick Field.

“To be honest, it was a typical Summerville-Stratford game,” said Call, who played quarterback for the Green Wave in the early 1990s. “This game is always a battle no matter what because both teams have a lot of pride and that goes back to coach (Ray) Stackley and coach McKissick days. Our defense gave up a lot of big plays, but when we needed it the most, they came up with a big stop on their two-point conversion.”

It was a sloppy game for both teams, which did not play a week ago when games in the Lowcountry were cancelled due to Hurricane Dorian. The Green Wave had more than 110 yards in penalties and had three turnovers.

“There’s a lot of things that we need to clean up, but that’s kind of typical of a rivalry game like this,” Call said. "I'm just proud of the way we battled and found a way to win. We're a young football team and we're going to get better the more games like this we play in."

Davis and Damarius Anderson did their part for the Knights (1-2). Davis, a junior, completed 30 of 49 passes for 390 yards and four touchdowns. Anderson, a 6-3 junior, caught 12 passes for 129 yards and a TD before leaving the game with an injured left ankle.

Trailing, 26-19 with less than a minute to play, Davis found Anderson for a 38-yard gain down to the Green Wave 5. Two plays later, Davis connected with Hayward in the end zone to cut the gap to 25-24 with 42 seconds left.

The Green Wave (2-1) had already blocked two extra points and a field goal, so McDaniel decided to go for the two-point conversion and the win.

“Right after we scored, I thought if they scored they were going for two,” Call said. “It wasn’t a surprise at all.”

After the 2-point conversion failed, the Knights attempted an onside kick, but Summerville’s Brody Hopkins scooped up the loose ball and ran 55 yards for the score to put the game away.

Summerville running back KJ Rollins rushed for 87 yards and scored 3 TDs in the victory.