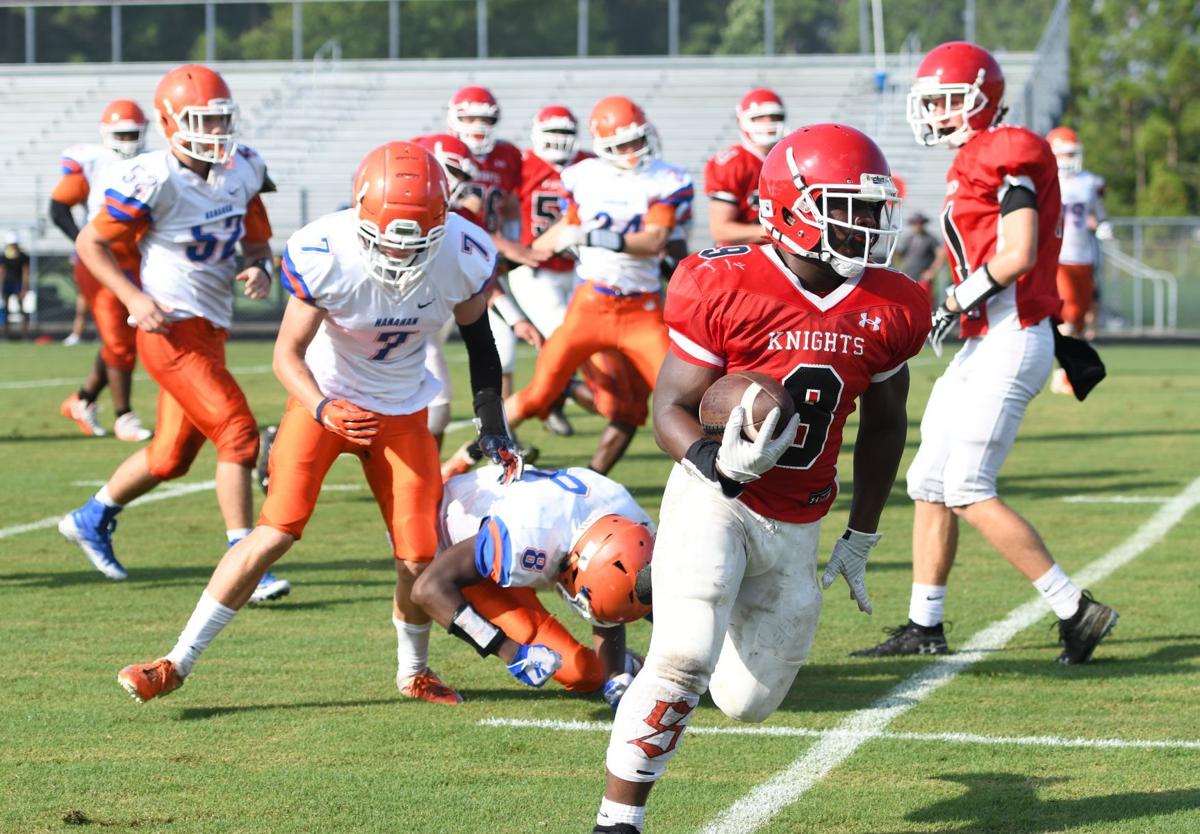 Stratford running back Jaedon Alston was selected by USA Football to play in the International Bowl on scores on Feb. 15, 2020. Here, he scores a touchdown against Hanahan in a preseason scrimmage on Aug. 12, 2019. File/Rob Gantt/Gazette 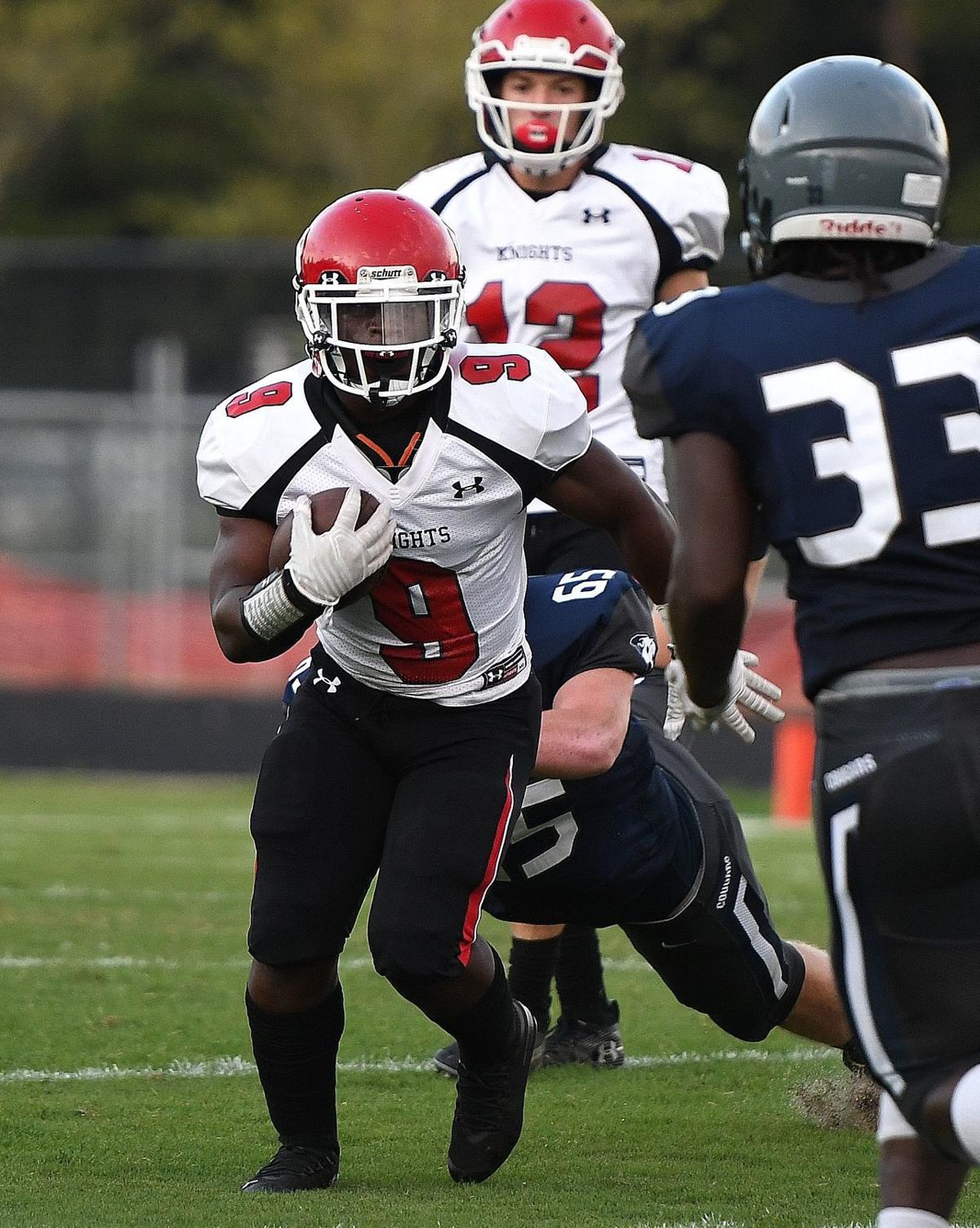 Stratford running back Jaedon Alston was selected by USA Football to play in the International Bowl on scores on Feb. 15, 2020. Here, he rushes against Stall on Aug. 30, 2019. File/Rob Gantt/Gazette 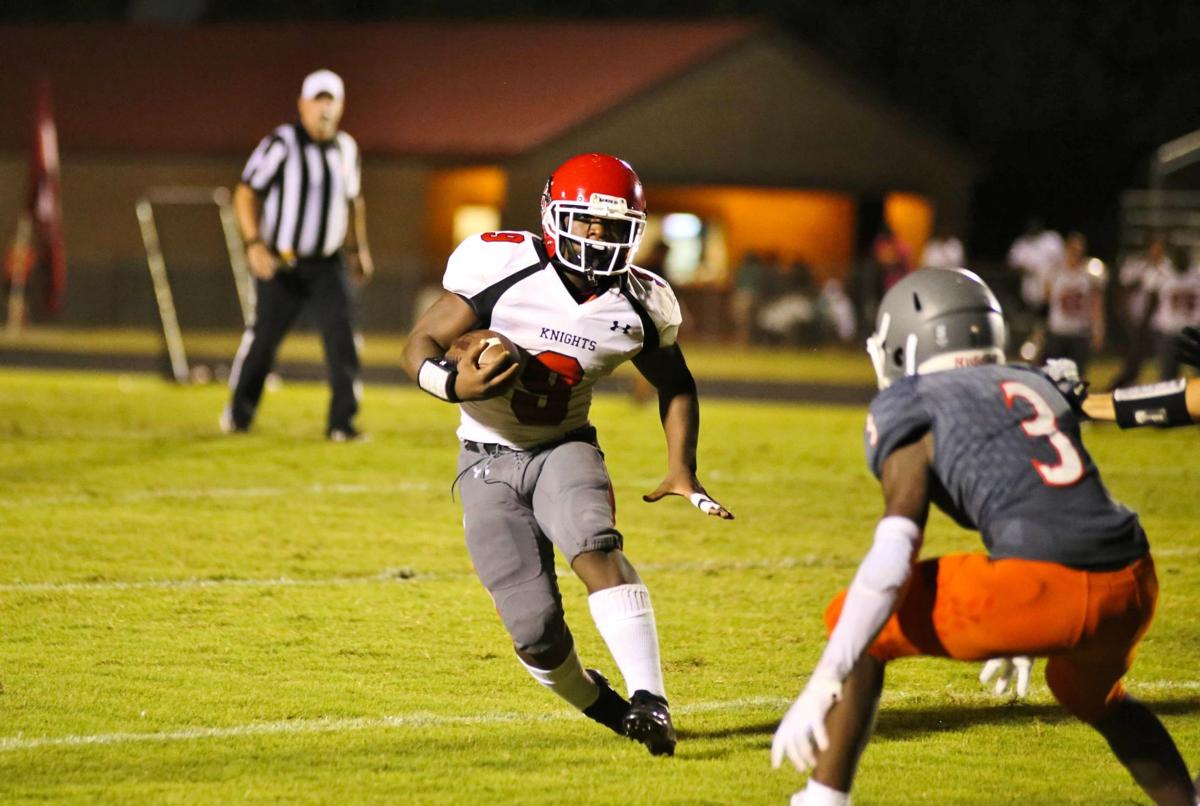 Stratford running back Jaedon Alston was selected by USA Football to play in the International Bowl on scores on Feb. 15, 2020. Here, he runs against Timberland on Aug. 23, 2019. File/Rob Gantt/Gazette

So why will the physical running back be converting first downs Wednesday at AT&T Stadium?

“Jaedon likes to post his highlights on Instagram,” Drayton explained. “A man named Al Pops saw them. So he reached out and invited him to play.”

That was a few years ago when Alan Popadines, better known as “Al Pops” saw Alston’s clips.

Popadines is a scouting director for USA Football, which sanctions the International Bowl, an event that invites youth football players from across the nation to compete against kids from other countries.

This will be Alston’s third year as a USA Football athlete, with the first couple taking place in California and Ohio. This time around, he’ll be doing his best Ezekiel Elliott impersonation in the Arlington, Texas, stadium.

Alston will play for America’s Under 16 team on Wednesday at 9:30 a.m. They’ll face Coahuila, a state in Mexico roughly 600 miles from Dallas. The game can be streamed on ESPN 3.

The 14-year-old landed in Dallas on Friday and has been practicing with teammates ahead of Wednesday's game.

“It’s a good experience because I get to play with a lot of new players and play against really good players from another country,” the ninth grader said.

While USA Football has been tracking Alston’s talents for the past few years, Stratford head coach Dennie McDaniel has been following the Goose Creek kid even longer.

That’s why, as a freshman, McDaniel had no problem inserting Alston into the starting lineup.

“In the summer, we saw how he was able to compete with the older guys and knew he was a special player,” McDaniel said. “The thing about Jaedon is that he’s going to make the first guy miss. When you have that kind of runner at that age, there’s no telling how good he can be.”

USA Football has seen the same thing. Selections occur each year, meaning Alston has had to fight each year to get a return invitation. This time around, he beat out more than 200 kids in his age group.

“He’s always had a natural talent for the sport,” Drayton said. “He’s been playing football since he was 4 and has just matured every step of the way.

Like any high school player, Alston wants to make noise at a Division I college and then get to the NFL. Unlike most, the people around him think he has a real shot to do it.

But for now, they’ll just marvel at the skillset the 14-year-old puts on display every Friday night for Stratford. And watch how far those skills have taken him each of the last three years.

“It’s unbelievable what’s he been able to do,” Drayton added. “But then again, it’s not.”