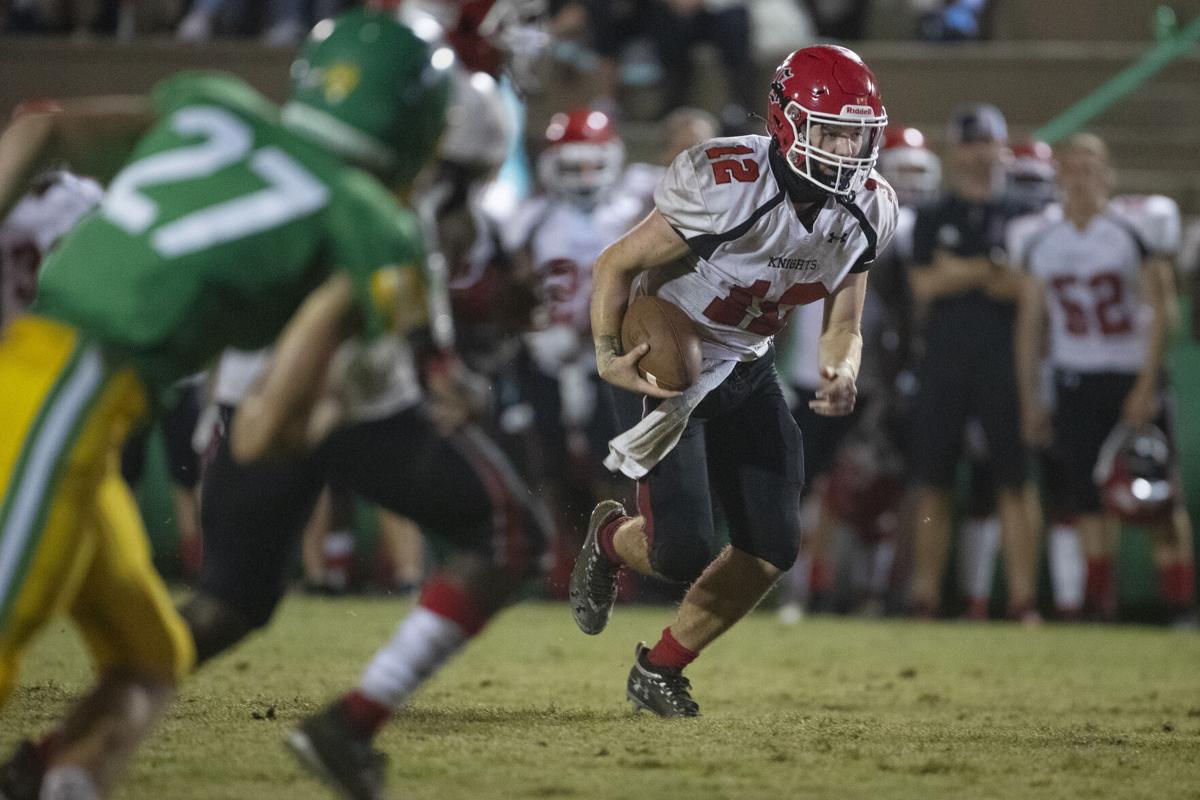 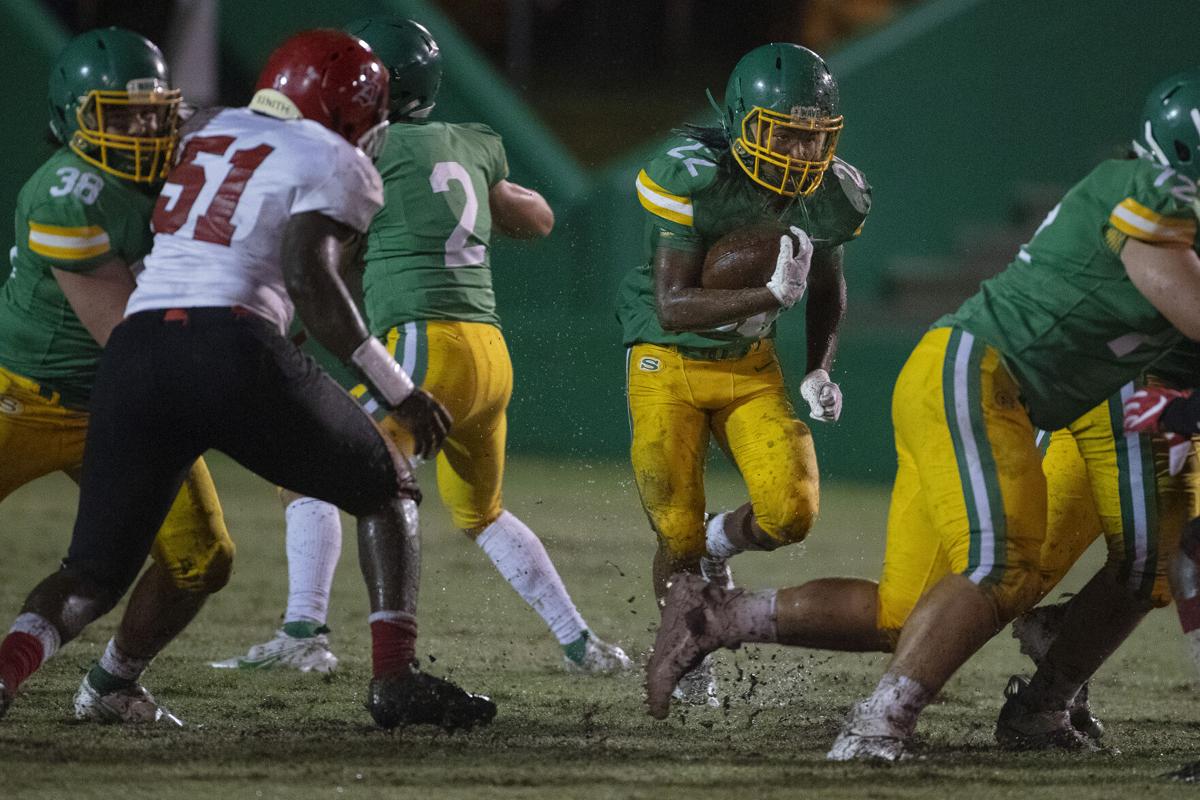 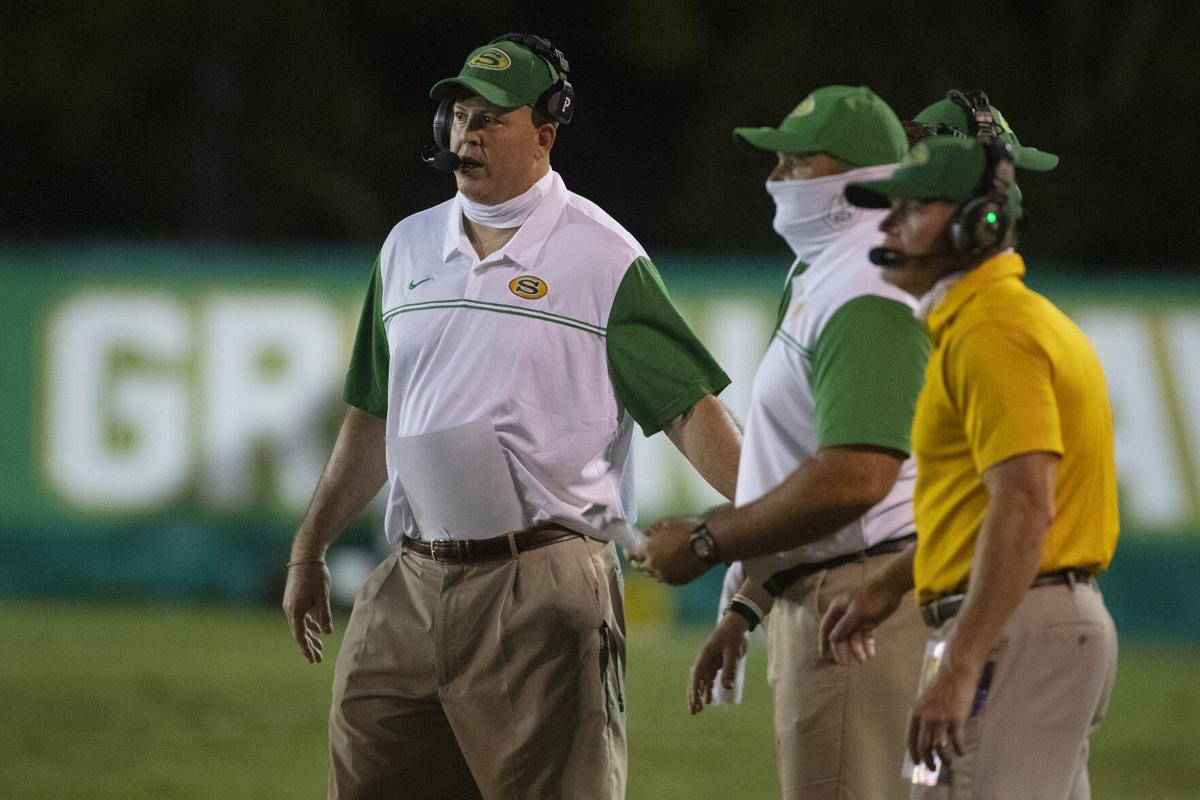 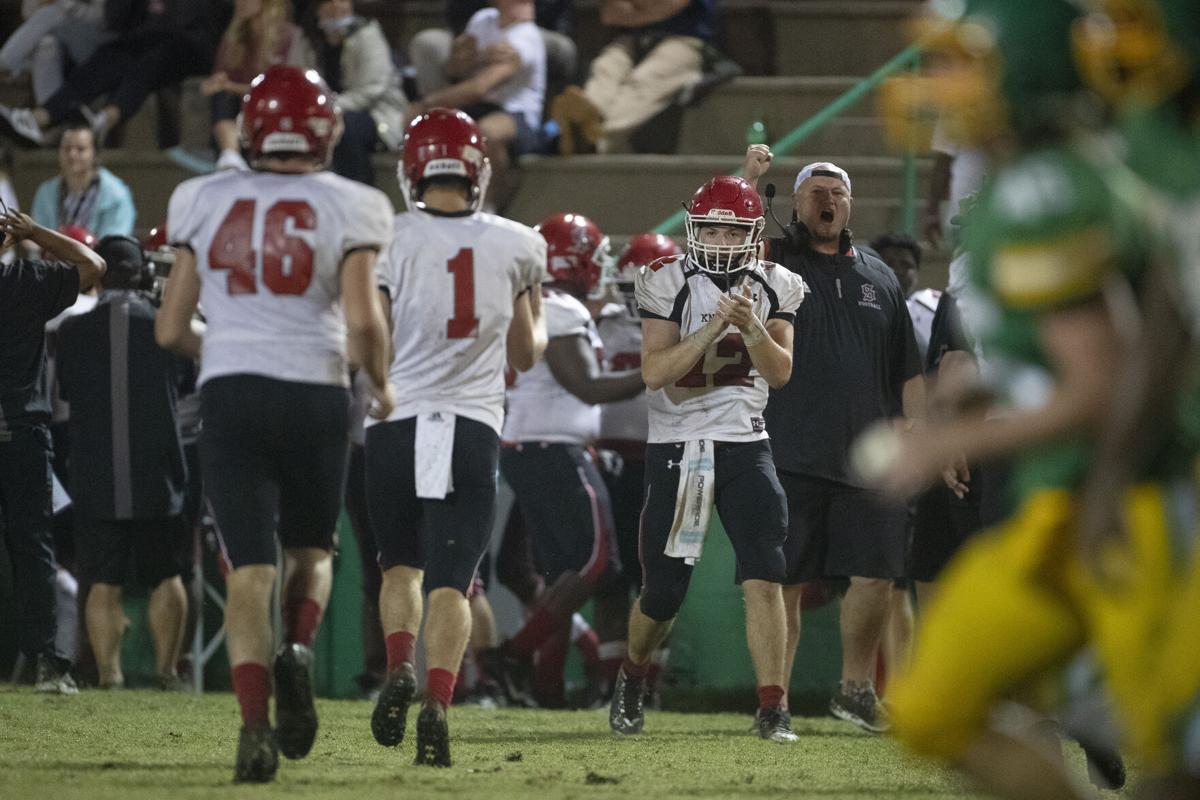 Stratford celebrates as they take the lead 7-6 against Summerville just before halftime at John McKissick Field on Friday, September 25, 2020. Lauren Petracca/Staff

Stratford celebrates as they take the lead 7-6 against Summerville just before halftime at John McKissick Field on Friday, September 25, 2020. Lauren Petracca/Staff

SUMMERVILLE - Due to the COVID-19 pandemic, the official start of the S.C. High School League football season was pushed back a month. For Stratford and Summerville, what’s an extra two hours?

The season opener between area rivals was delayed for two hours due to heavy rains on Friday night. While games all over the area were postponed, the two schools waited out the storm and opted to play on a rain-soaked John McKissick Field.

The game went well past the midnight hour before the visiting Knights came away with a 21-14 win. Senior quarterback Josh Davis, a Clemson baseball commitment, tossed three touchdown passes for the Knights.

The game began slowly for both offenses before Summerville made the first big play of the night, a 39-yard touchdown run by Christian Grant with 1:07 left in the first quarter. The Green Wave botched the extra point attempt.

Stratford did not make a first down until the second quarter but their last two possessions of the first half traveled deep into Summerville territory. The first ended a yard short on fourth down, but the next possession resulted in a touchdown when quarterback Josh Davis connected with Jayden Martino on a 10-yard pass with one second left in the half. The extra point gave the Knights a 7-6 lead.

Davis again hit paydirt in the passing game midway through the third quarter, combining with David Washington on an 84-yard bomb, pushing the lead to 14-6 with 5:27 left in the third.

Summerville answered quickly, tying the game at 14 on Tiquane Murdock’s 2-yard run with 2:20 left in the third quarter.

Stratford’s offense continued to click in the passing game as Davis guided another nice drive, culminating in a 12-yard pass to Demarius Anderson for a 21-14 lead with 10:05 remaining in the game.

The Green Wave appeared to be poised to the game, reaching the Stratford 12-yard line, but a fumble ended the threat as Stratford fell on the ball at the 9-yard line with 8:48 left in the game.

The Knights were able to convert several first downs to near midfield as the clock ticked under three minutes before Summerville got one last chance on offense with 2:15 to play and the ball at their own 13-yard line. Four pass attempts failed, setting off the celebration on the Stratford sideline.

The game marked the start of Ian Rafferty’s head coaching career as the former Fort Dorchester assistant was hired as Summerville’s head coach last winter. Rafferty is a former player at Summerville.

Summerville takes on Stratford in the first game of the season at John McKissick Field on Friday, September 25, 2020.