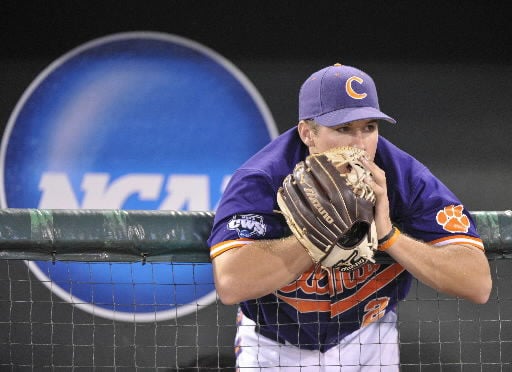 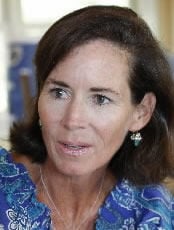 Eight years earlier in Omaha, Clemson arrived as a powerful No. 2 overall seed with National Player of the Year Khalil Greene and two other elite sluggers in Michael Johnson and Jeff Baker. Clemson owned a 52-15 record.

This spring, the Tigers were the only non-No. 1 seed in the College World Series field.

In 2002, the Tigers were thought by some to have been too tight.

"This is a press conference you want to try to avoid, but I will tell you this: I'm 100 percent extremely proud of our baseball program and our baseball team and how our kids battled,"

Clemson coach Jack Leggett said after Saturday night's loss. "And this whole season, from start to finish, shows the character of our team and the toughness of our team."

Still, the Tigers were in the driver's seat after beating Oklahoma.

And some will wonder how much playing their rival psychologically affected the Tigers in the season's last two games.

"We're not in the state of South Carolina right now, we're on the national stage," Leggett said. "I think that's how it has to be looked at."

The other viewpoint is the Gamecocks simply possessed more talent.

"We lost to a really good opponent, that's the bottom line," Clemson second baseman Mike Freeman said. "Regardless of who it is, it's never fun to lose."

The Tigers' hot bats carried the team throughout the NCAA tournament, concealing weaknesses. Those bats cooled against the Gamecocks, having something to do with USC's pitching.

They were the types of power arms Clemson lacked. Price was the type of end-game piece Clemson was missing, as Clemson never settled on specific bullpen roles.

Leggett pushed many of the right buttons during the postseason: starting Dominic Leone in Game 3 of the super regionals, saving Casey Harman for the winner's bracket game against Auburn, calling on freshman Kevin Brady to secure an Auburn Regional title. Some can question the decision to hold Harman for Saturday, but Matt Roth's performance on Friday might have made that point moot.

Despite the bitter conclusion, for the Tigers the season was successful in a broader context.