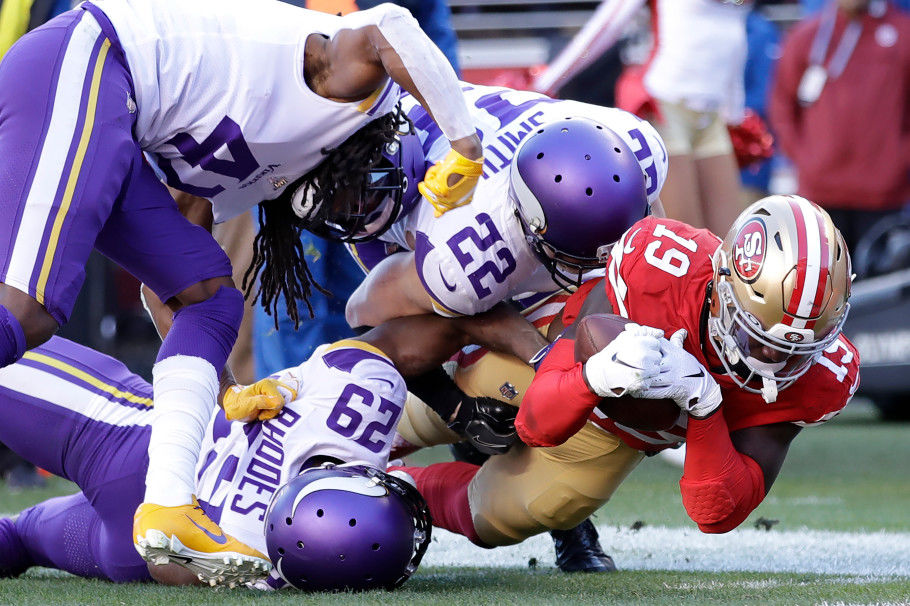 The numbers weren’t that gaudy, since San Francisco relied heavily on the run.

But Deebo Samuel left his fingerprints all over the Niners’ 27-10 victory over Minnesota on Saturday afternoon.

The rookie receiver from South Carolina has turned into the Niners' most consistent receiver and will try to reach the Super Bowl by knocking off the Green Bay Packers in next week’s NFC Championship Game.

On Saturday, Samuel caught a team-high three passes for 46 yards and added a six-yard run. More importantly, his threat as a speedster kept the Minnesota defense honest.

An NFC title game will the latest accomplishment on Samuel’s growing resume, which already includes 800-plus receiving yards and six touchdowns during the regular season.

Kansas City Chiefs’ cornerback Rashad Fenton was one of the team’s best defenders Sunday in their 51-31 comeback win over Houston. The rookie sixth rounder tallied five tackles and a sack of Deshaun Watson.

Though they came up short, fellow Gamecock Hayden Hurst was one of the bright spots for the Baltimore Ravens’ offense. The tight end caught four passes for 53 yards and a touchdown in the Ravens’ 28-12 loss to Tennessee.

Jadeveon Clowney, a defensive end for the Seattle Seahawks, also suffered a loss on Sunday. But he made his presence known, posting for four tackles and a half-sack in a 28-23 loss to Green Bay.