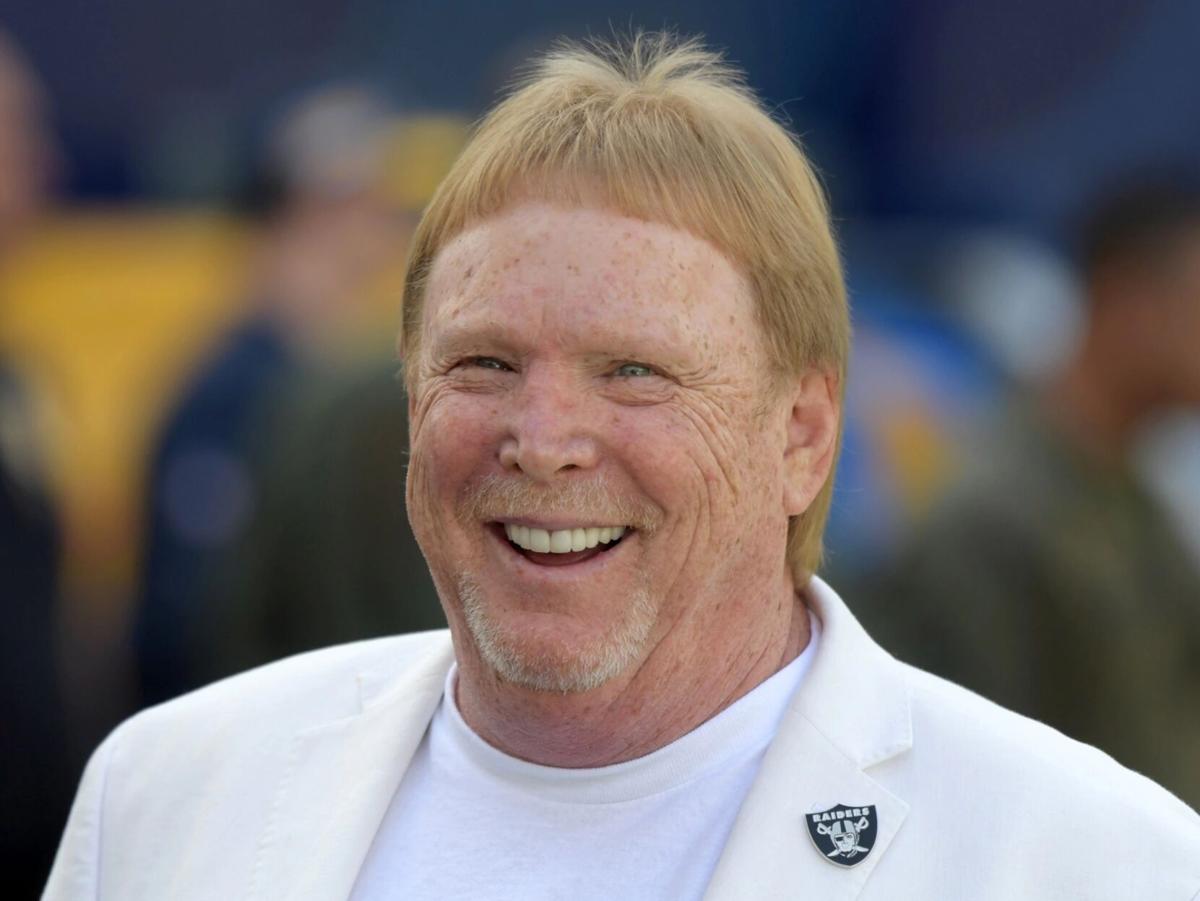 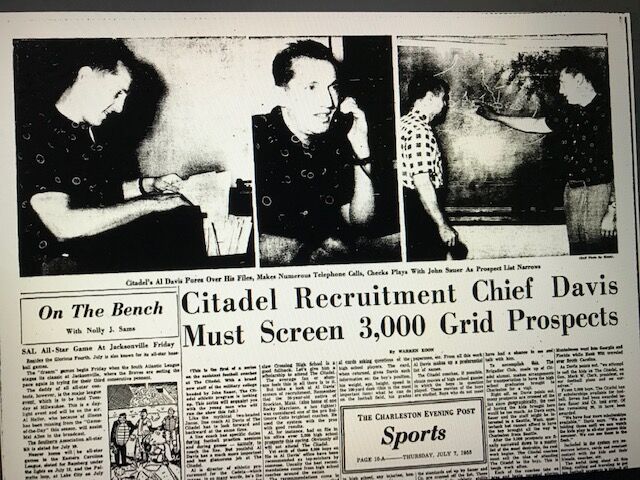 The late Al Davis was an assistant coach at The Citadel on his way to becoming Oakland Raiders head coach, commissioner of the American Football League, Raiders owner and a Pro Football Hall of Famer. File/Staff

Longshot interview pitch: check in with the Las Vegas Raiders, tell the public relations people that since the Raiders open in Charlotte on Sept. 13 against the Carolina Panthers, maybe Mark Davis would like to say a few things about being born nearby in Charleston while his late legendary father Al Davis was an assistant coach at The Citadel.

Because, after all, the NFL owner worth over $500 million is named Mark Clark Davis.

Named, of course, after a Citadel president and famed World War II general. Reportedly as young Al Davis was lobbying Mark Clark to hire him as head coach.

And if Mark Davis, who rarely does interviews of any kind, can’t talk on the phone, then a few email responses would be just great.

The phone rang within a half-hour after the query email was sent.

“This is Mark Davis,” Mark Davis said, “and I wasn’t born in Charleston.”

But all your bios say that. Charleston, while your dad was at The Citadel.

“Well, they’re wrong,” Al Davis’ only child said. “My mom decided to go back up to Brooklyn, where her parents lived, to have me. I was born in Brooklyn and then we came back down to Charleston.

“And another thing: I am not Mark Clark Davis.”

But that’s what everyone thinks.

Again, that’s what the bios say.

Davis insisted he is Mark M Davis — just the initial as an official middle name. And that the first name isn’t tied to Clark.

“Wikipedia,” Davis said. “I’m so glad you reached out. I want you to change all that stuff that’s in Wikipedia, which leads to everyone else thinking I am Mark Clark Davis born in Charleston.

“Totally wrong. I don’t know how to change those things. Please, can you do something about that? That would be awesome.”

Al Davis would go on to serve as head coach of the Oakland Raiders, commissioner of the American Football League and a Raiders owner who presided over three Super Bowl victories.

All while wearing black with maverick flair and fighting with NFL establishment.

He was just 26 when John Sauer brought him to The Citadel in 1955. Al and Carol Davis rented a house in West Ashley’s Oak Forest area.

As the Bulldogs’ primary recruiter, the Brooklyn native and Syracuse graduate laid out his strategy for a Charleston newspaper reporter.

“We attempt to sell the kids on The Citadel, on General Mark Clark, on our football plans and on ourselves,” Davis said.

One of Davis’ recruits was Paul Maguire, a high school player from Ohio who went on to become one of The Citadel’s greatest players before one career with the AFL’s Buffalo Bills and another in broadcasting.

“Al told me I could be a veterinary student and that I wouldn’t have to wear a uniform," Maguire said. “The first day I was marching with an M-1.”

Maguire also said that “coming to The Citadel was probably the best decision I ever made.”

Recruiting was going so well, the NCAA later investigated the Bulldogs regarding Davis’ tactics.

And while Davis evidently didn’t name his son after a general, he had been fascinated with military history since childhood. He grew up during World War II with maps of troop movements on a bedroom wall.

Davis once gave a revealing interview to current Charleston resident Gary Smith, then of Inside Sports before a long stretch as Sports Illustrated’s top writer. He went on about the Nazi army.

Davis should be as lauded for diversity hiring as for a bold brand of football offense and Super Bowls.

When Al Davis died at 82 in 2011, Mark had the Raiders add an “AL” helmet sticker and build a torch at the Oakland Coliseum.

First look at Las #Vegas now painted on the end zone of the turf field @AllegiantStadm. Also, a worker gave us an up close look at the Al Davis Memorial Torch with the @Raiders logo. The stadium is due to open 6 weeks from tomorrow after 2.5 years of construction! pic.twitter.com/xGLUDyIESU

Nikki Haley did her homework. When the former South Carolina governor and U.S. ambassador to the United Nations recently met Davis she brought up his South Carolina ties.

“Of course,” Davis said, “she thought I was born in Charleston.”

But Davis does have ties to Haley’s alma mater.

“We’re called ‘Clemson West’ now,” Davis said. “I told that to (head coach) Dabo (Swinney). He sends us his players and we just see what we can make of them. Dabo has such a great program.”

Sapakoff: 2020 predictions for Clemson, South Carolina football, CCU and The Citadel too

That should help the Raiders add to their popularity in Las Vegas after decades of trying to get better stadium deals in Oakland, Los Angeles and Oakland again.

Davis keeps beating the drum. A man of the people, he is known for a meal routine at P.F. Chang’s, a Dodge van and a signature bowl haircut.

“Every time I’m out in Las Vegas on the streets people thank me for bringing the Raiders,” Davis said. “But I thank them for bringing us.”

The Raiders announced this week that they will not allow fans at home games this season at Allegiant Stadium. In a show of solidarity, Davis said he won’t attend games either.

Not such a big deal; Davis said he does only one “essential thing” at games: yell at head coach Jon Gruden.

“And I can do that with a phone call,” he said.

Family: The only child of Carol and the late Al Davis, who was head coach of the Oakland Raiders, commissioner of the American Football League and longtime owner of the Raiders

Charleston connection: Spent some of his first few years in Charleston when Al Davis was an assistant coach at The Citadel in 1955 and 1956