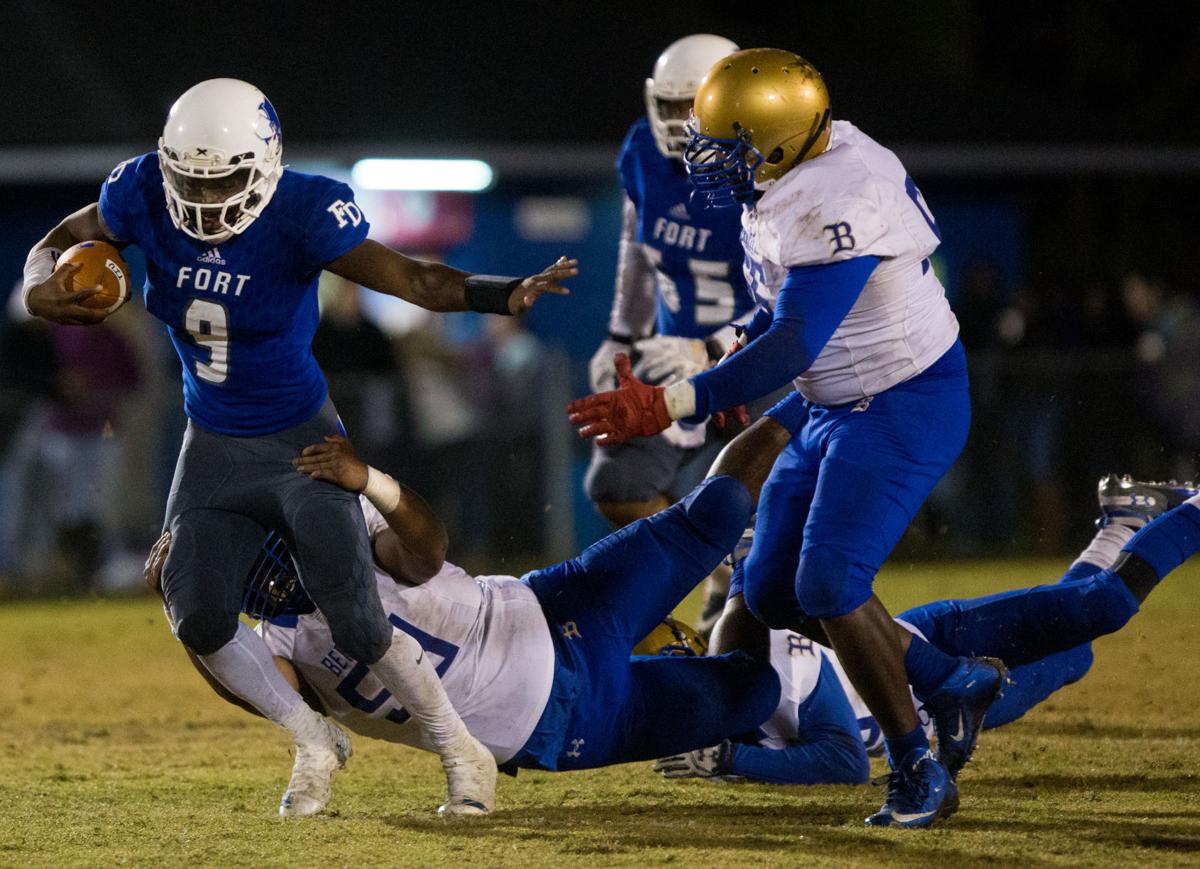 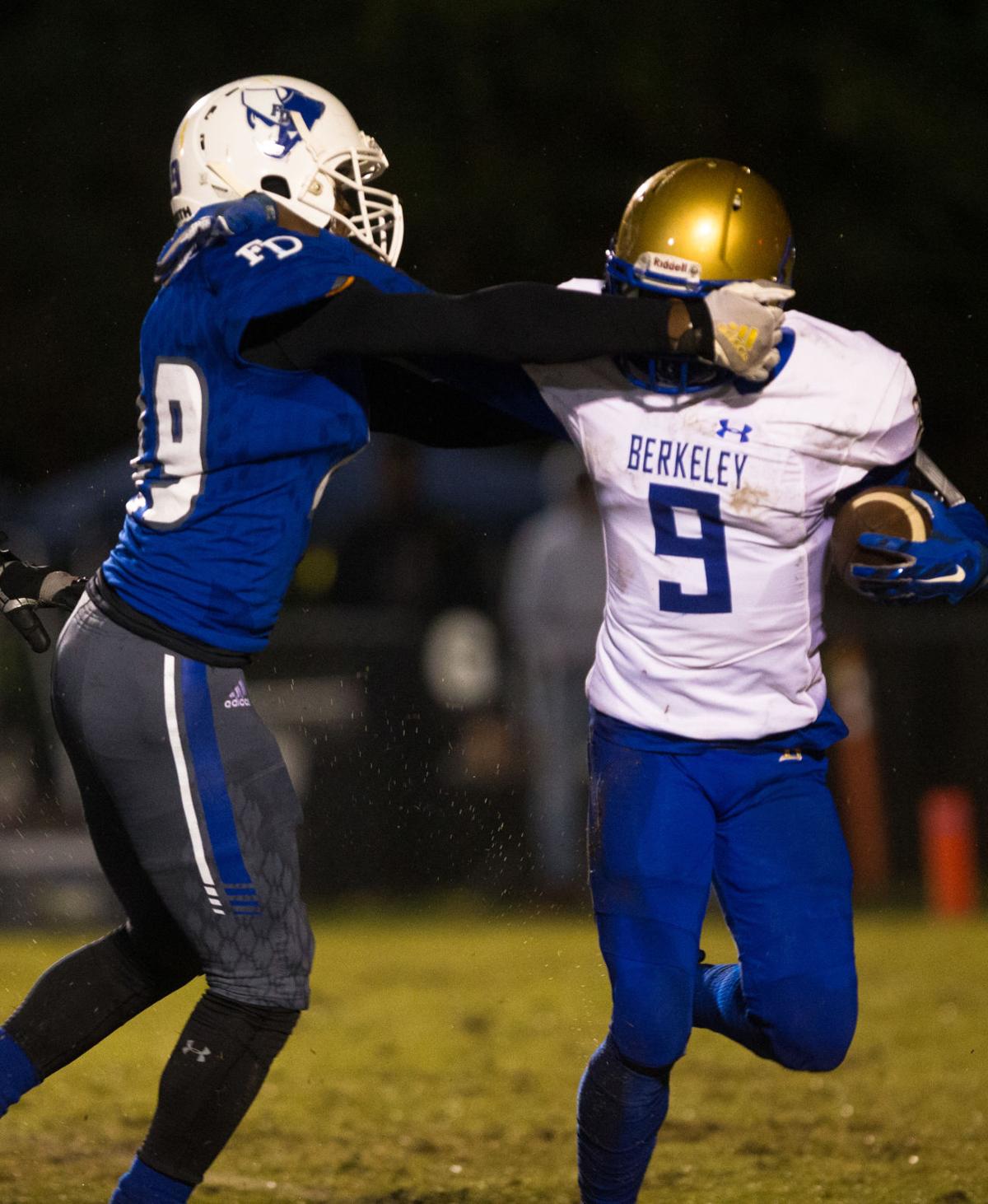 Fort Dorchester (11-0) turned in another terrific defensive effort against Berkeley (8-3) in the second round of the Class AAAAA playoffs. The Stags were eliminated with the loss, while the Patriots advanced to host three-time defending champion Dutch Fork next week for the third round.

“I thought we came out and played well tonight,” Fort Dorchester coach Steve LaPrad said. “Berkeley is obviously a good football team and our kids did a great job. I’m proud of them.”

Berkeley only lost to two teams this season, Fort Dorchester and Goose Creek.

For the second time in less than three months, a scheduled football game between rivals Summerville and Goose Creek has been affected by weather.

“This is frustrating,” Berkeley coach Randy Robinson said. “Fort Dorchester has a great collection of talent. They have athletes everywhere and they make big plays. Unfortunately offensively we just came out flat and didn’t execute, but that had a lot to do with their defensive front.”

The Fort Dorchester defense forced three turnovers and had two scores of its own.

Sabb threw to Daqueze Washington on Fort Dorchester’s first possession and the senior made a leaping catch with a defender on him, stayed on his feet and dashed to the end zone for a 59-yard TD reception.

On the Stags’ ensuing possession a pass was tipped and Patriots linebacker Darryle Ware grabbed the ball in midair and returned it 22 yards for a TD. After a punt by Sabb that was downed at the Berkeley 1, the Stags had trouble with a snap and yielded a safety when the ball rolled out of the back of the end zone, giving the Patriots a 16-0 lead.

Early in the second quarter, Sabb capped a 61-yard drive with a 1-yard TD run. With Stephen Herron’s added the extra point and the Patriots took a 23-0 halftime lead thanks in part to Khalid Gadson’s interception of a Berkeley pass later in the quarter.

Early in the third quarter receiver Keith Desaussure sent off a double-reverse pass to Sabb and he caught it for a 16-yard TD reception.

Berkeley’s first possession of the second half ended when Patriots’ defensive back Cameron Mitchell recovered a Stags’ fumble. Berkeley did drive 68 yards on their second possession of the half and scored on a 3-yard run by QB Tre Chislom.

Sabb capped the scoring with 3:12 remaining in the game with a 43-yard TD run.