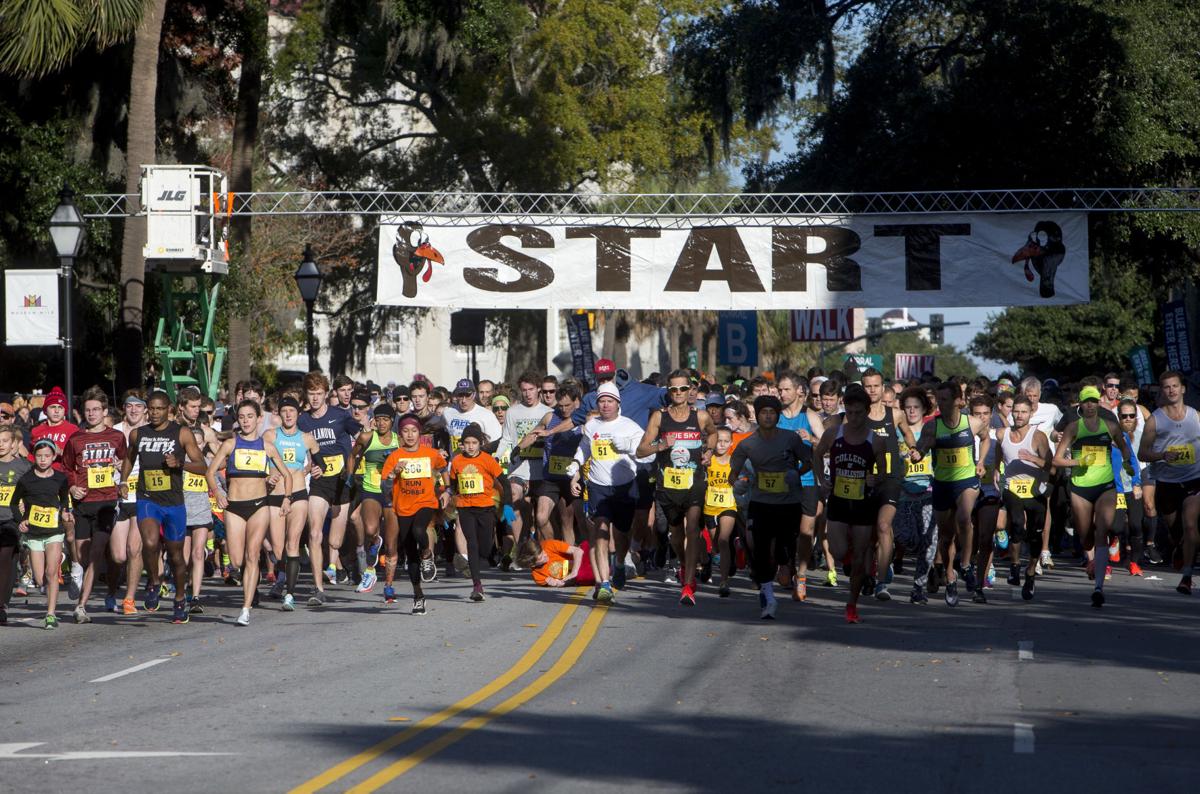 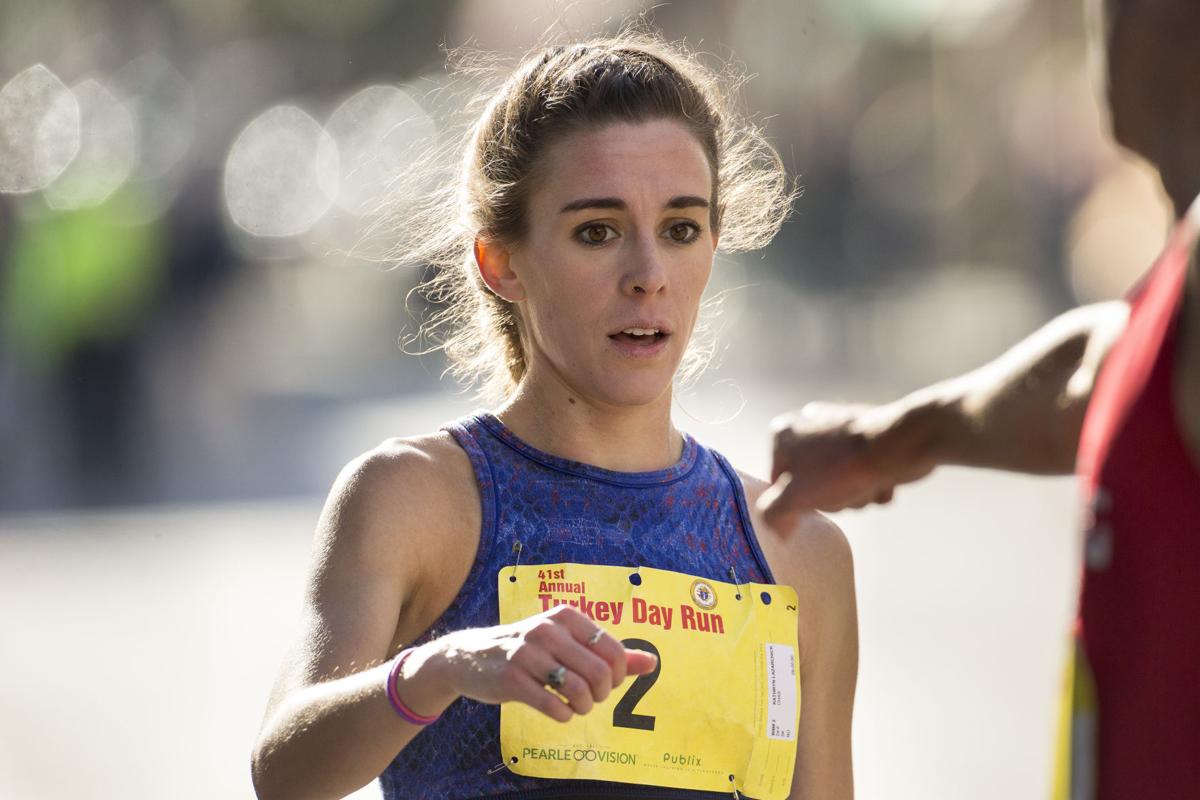 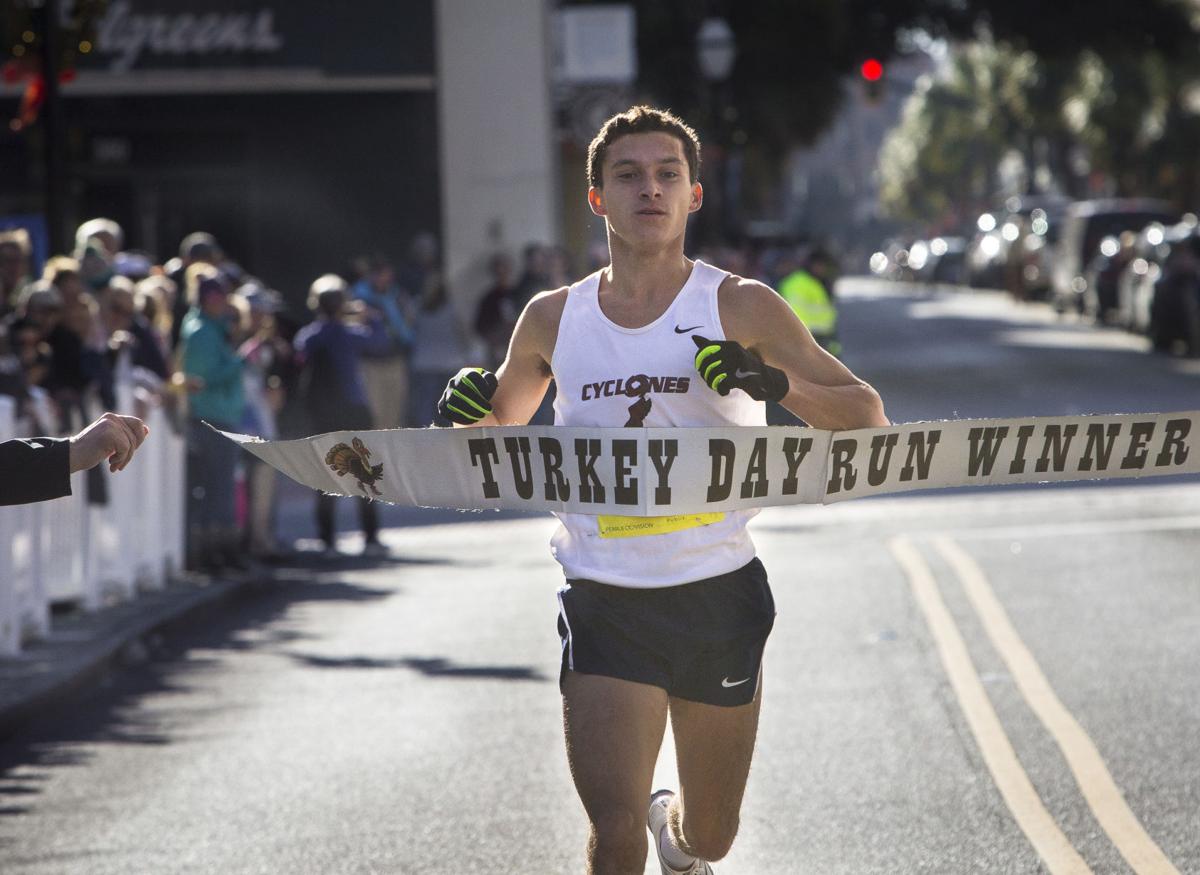 I don’t know what the Thanksgiving Day holiday is like in your house, but in the Miller household it’s a lot of cleaning, cooking and stress for guests and relatives that – let’s face it – we are thankful gather together only once or twice a year.

One way I found to escape the chopping and vacuuming – at least the early morning run-up to the football and food and inevitable political debates at the dinner table – was to head to downtown Charleston for the Knights of Columbus Turkey Day Run & Gobble Wobble.

The race, which is one of the largest 5,000-meter (3.1 miles) road races in the nation, has become a Charleston tradition.

The race actually got its start in 1914 and has gone through various format changes throughout its history. The race was, at one time, run from Charleston to Summerville – Yikes!

In 1950, its format was modified to be a competitive relay race among local high school track teams. The three-mile, six-man relay races were held at the Battery and at Stoney Field, until they were discontinued following the 1972 race.

In 1978, the organizers rebranded the race to its current format, which encompasses a 5,000-meter run and walk – hence the Gobble Wobble. The event annually attracts more than 7,000 participants from 35 states, Canada and Mexico.

In 2018, the race had 7,162 finishers, which made it the second largest road race in South Carolina and the ninth largest 5K nationally, according to race officials. Only the Cooper River Bridge Run attracts more runners/walkers in the state. In 2015, the race set a record with 7,544 finishers.

Brent Demarest, who ran at Porter-Gaud, won the 2018 event in a time of 14 minutes and 21 seconds, just one second off of Bobby Mack’s 2015 course record. Kathryn Lazarchick captured the women’s division for the second straight year, finishing in a course-record time of 16:25, breaking Maggie Kraft’s record of 16:32, which had stood for 28 years.

The race has gotten so big that three years ago officials had to ban strollers and dogs on the course, which goes down Meeting Street towards the Battery and finishes on King Street next to Marion Square.

"The one group of people you don't want to make mad is mothers," said former race director Joe Mule, who instituted the ban for the 2016 race. "There was a lot of push back from the mothers, but at the end of the day this was about the safety of all the runners on the course and we think it was the correct decision."

The City of Charleston has capped the race at 8,500 participants and there is still room to sign up. If you want avoid the crowds downtown, there’s the Drumstick Dash in Summerville.

The Lowcountry continues to produce some elite distance runners at the high school and college levels.

Jackson, who was a state champion in track last May, won his first cross country gold medal after finishing in second-place in each of the last two years competing in Class AA/A for Palmetto Scholars Academy.

Former Academic Magnet star Colin Baker had a standout freshman season at Harvard this fall, finishing 48th in the NCAA Cross Country Championships this past weekend in Terre Haute, Indiana, in a time of 31:29 for the 10,000-meter event. He had the second-fastest time for a true freshmen.

One of my favorite 5K races of the year – The Reindeer Run – is right around the corner on Dec. 7 in downtown Charleston.

The Reindeer Run has grown over the years from just a few hundred participants to more than 2,000 in the last few years.

The Reindeer Run does allow strollers and actually encourages you to bring your favorite four-legged buddy along. The post-race costume contest is always a highlight of the event.

This is the first of what will be a bi-monthly column about running and fitness related subjects – including triathlons, cycling and even some ultra-endurance sports.

Before we go any further, a little bit of history about myself.

It was a humbling experience and after three morning workouts, I realized that I enjoyed sleeping in and drinking adult beverages more than training.

I ran occasionally in college and after school helped coach the track team at Beaufort High School where I got back into running for a short period of time, taking part in the Peachtree 10K, the largest road race in the country.

When my daughters Anna and Megan were born in the late 1990s, I stopped running altogether.

It wasn’t until my youngest, Megan, started running to get into shape for the Wando marching band that I got back into running. One afternoon we ran a mile together and I nearly died. My weight had ballooned to 230 pounds. (side note: I originally wanted to name the column: “Fat Man Running” but my editors said I wasn’t heavy enough. Never have I been so body shamed in all my life.)

I could barely finish four laps around the track.

A few months later, I got a kidney stone (I don’t recommend them) and was diagnosed as a Type 2 diabetic. (Well, when you eat a dozen peanut butter cookies in one sitting what do you expect).

I knew I had to change my life style.

I entered my first 5k race – Race the Landing at Charles Towne Landing – and ran 39:11. I was horrified. I’d run a 10K in college in under 37 minutes. I was officially twice as slow as I’d been earlier in my life.

I began to eat better and train. At one point, I lost 43 pounds (I’m about 190-95 pounds depending on how much I’m eating and training). In a normal week, I’ll run Monday through Friday and average between 25-30 miles a week. I would classify myself as a serious jogger, not a runner.

My 5K time slowly began to drop and last December ran a personal best (post 50 years of age) time of 26:30 and was elated.

Even when I was running in high school, and was relatively good at it, I was never a big fan of the sport.

Here’s a recent exchange between me and my daughter:

To say the least, I have a complicated relationship with running.