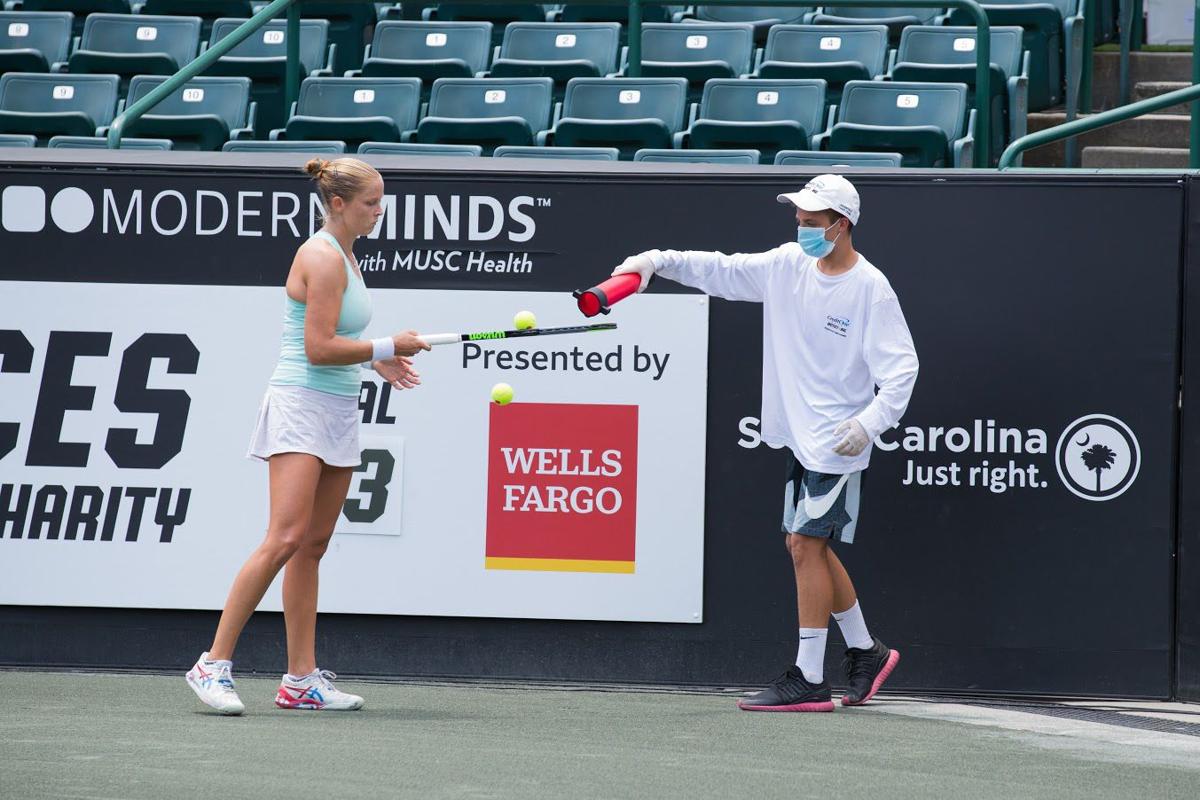 Charleston's Shelby Rogers receives tennis balls through a tube from a ball person at the Credit One Bank Invitational. Brent Thacker/Special to The Post and Courier 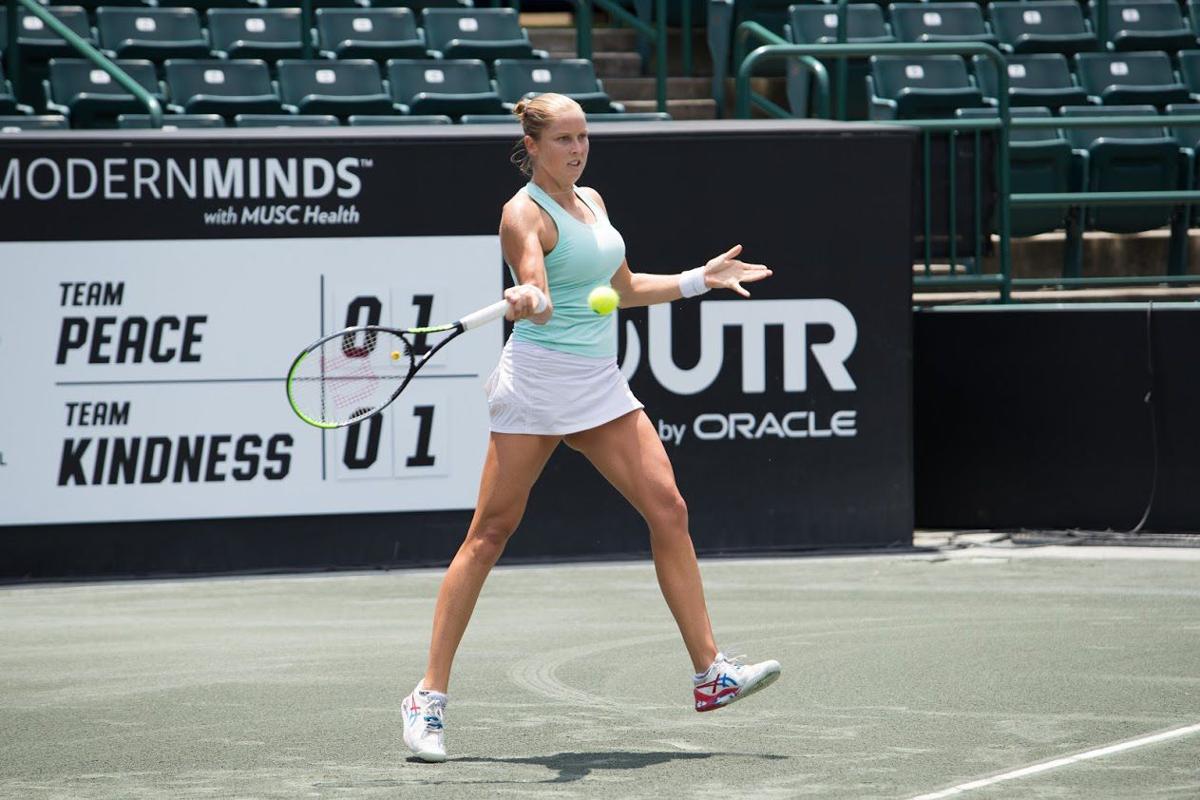 Charlestons Shelby Rogers belts a forehand in the Credit One Bank Invitational on Wednesday. Brent Thacker/Special to The Post and Courier 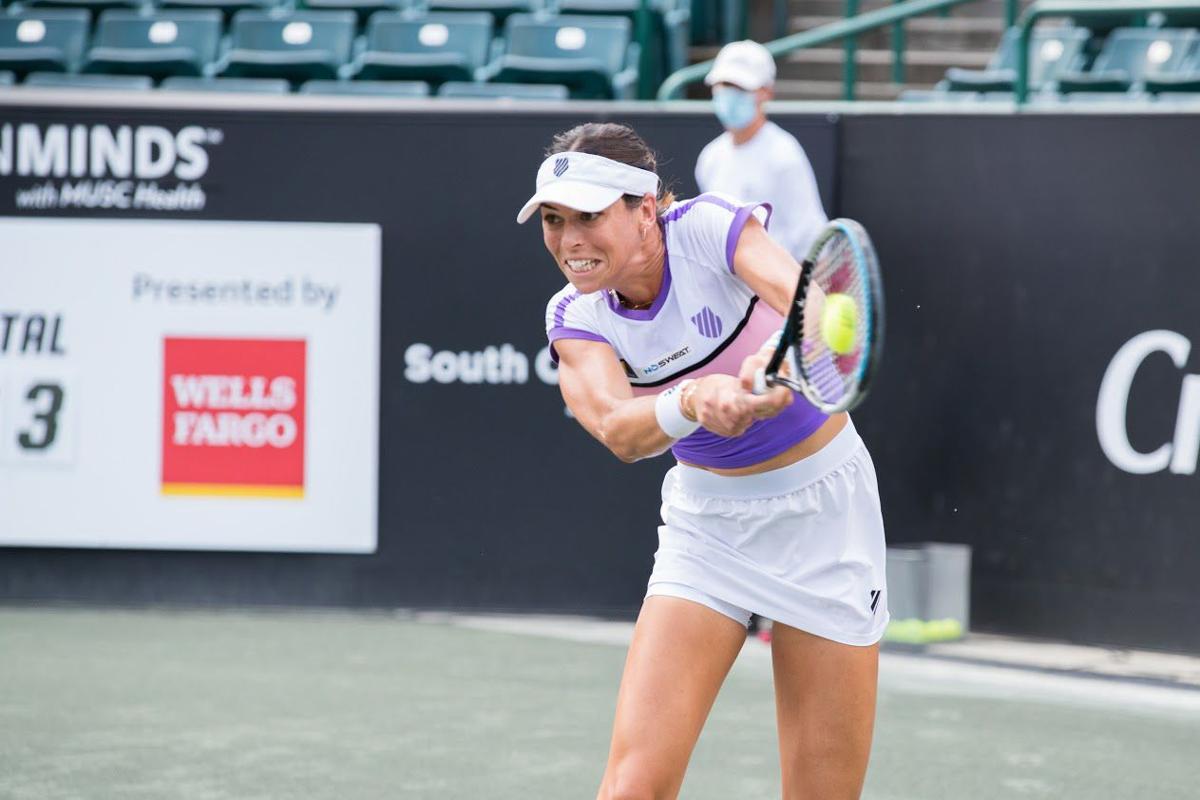 Ajla Tomljanović smacks a backhand on the way to a straight-set victory over Charleston's Shelby Rogers at the Credit One Bank Invitational on Wednesday. Brent Thacker/Special to The Post and Courier

Charleston's Shelby Rogers receives tennis balls through a tube from a ball person at the Credit One Bank Invitational. Brent Thacker/Special to The Post and Courier

Charlestons Shelby Rogers belts a forehand in the Credit One Bank Invitational on Wednesday. Brent Thacker/Special to The Post and Courier

Ajla Tomljanović smacks a backhand on the way to a straight-set victory over Charleston's Shelby Rogers at the Credit One Bank Invitational on Wednesday. Brent Thacker/Special to The Post and Courier

Charleston's Shelby Rogers is back home this week, but home is not as sweet as usual.

"It's definitely not the same," said Rogers, who usually enjoys all those perks when the WTA Tour brings her back to Charleston for the Volvo Car Open each year.

With pro tennis coming out of a three-month layoff due to the coronavirus pandemic, the 27-year-old Rogers is part of the 16-player field at the Credit One Bank Invitational this week at LTP Daniel Island. The team event is being played with no fans, no line judges and no media on-site due to COVID-19 guidelines.

Rogers made her personal return to tennis with a 6-1, 6-2 loss to No. 56-ranked Ajla Tomljanović on Wednesday in a match held over from Tuesday night. The good news: She'll get to play again this week as the team event continues through Sunday.

"I was feeling pretty good coming here, but it was a tough day today," Rogers said after the match, her first since early March. "But I feel really fit and healthy, and I've been working on a few things in my game. Hopefully we can see that come out some time this week."

Rogers had her season off to a pretty good start when the COVID-19 shutdown hit.

Ranked No. 113 in the world right now, she played her way through qualifying into the main draw at the Australian Open in January, earning a nice paycheck of $62,353. She won an ITF event in Michigan, then won two matches at the Oracle Challenger Series at Indian Wells before the shutdown.

During the enforced layoff, Rogers took some college classes on-line and played some golf while maintaining her practice and workout regimens.

"I started playing golf in the last year, so I went out a few times and am trying to get better at that," she said. "And with the classes I took, that has kind of occupied my time. I wanted to get back into piano, but golf and classes took most of my time, along with training and practice. It was a good balance."

Now, at least, she has a starting point as the WTA Tour cranks back up.

"The good news is, it can't get much worse," said Rogers, who is playing this week for captain Madison Keys' Team Kindness. "So that's a good place to start, I guess. Now my job is to be a good cheerleader for my team until it's my time to go back on court again."

Playing for a team adds an extra weight to losing a match, Rogers said. But it also forces you to get over it more quickly, as well.

"It's a different feeling than just losing for yourself," she said. "Because you feel like you let the team down. But  you are forced to be in a more positive mood right away."

With no line judges at the event, players are making their own line calls.

"That was the worst part for me," Rogers said. "I know that sounds weird. I was not very good at calling the lines. I didn't want to cheat her, so I think I missed a couple, so then I got ticked about that.

"It's a little easier on clay because the mark is there. But it's definitely different, let's put it that way."

At Volvo Car Stadium, staff have set up individual "pods" for each player to relax in between matches. Rogers said the staff is doing a "great job" with following COVID-19 guidelines.

But she admits to some doubt as tennis travel starts back up again.

"There is a little uncertainty there," she said. "I don't know that I'm worried, but not knowing what will happen is crazy. I haven't flown yet, so I haven't been in airports. But I hear they are very clean, and sometimes that middle seat is open. Traveling in the U.S. I think will be okay, but it's the international travel that will make it difficult.

"Hopefully in a couple of months, things will be much better and clearer as to how things will happen."

Meanwhile, a trip home without all the usual perks is worth it to play tennis again.

"I'm happy to stay in a hotel and follow the rules if we get to play and show that tennis can come back," Rogers said. "That's the goal of this week, to put on a really safe and awesome event, and prove to everybody else that it can be done so we can get back on tour and have a job again."

Each match is worth one point, with two-point matches beginning Thursday.