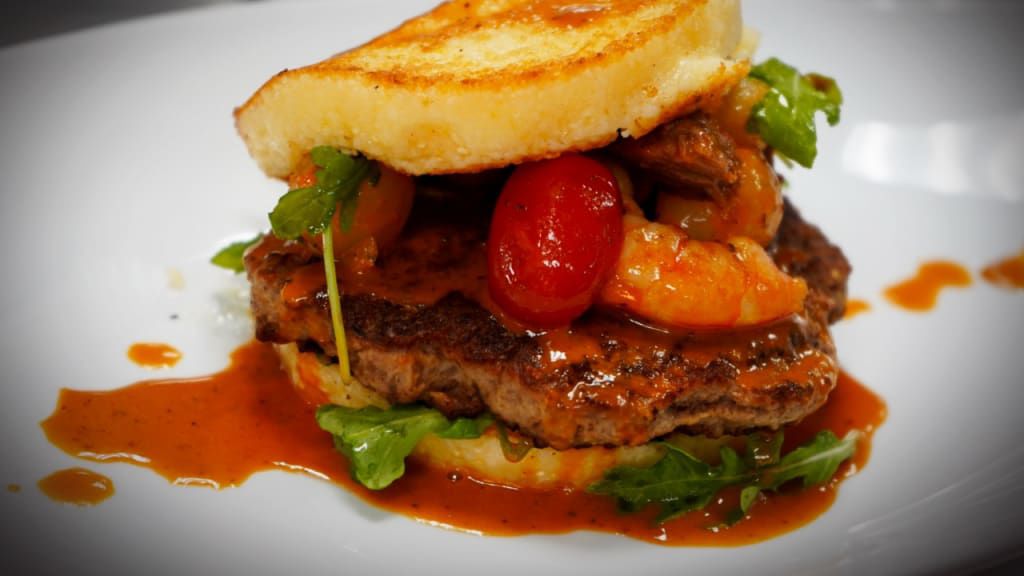 The Smokin' ChuckTown Brunch Burger, which will be featured at the Charleston RiverDogs' Riley Park, is ranked as one of the best burgers in minor league baseball. Provided/RiverDogs 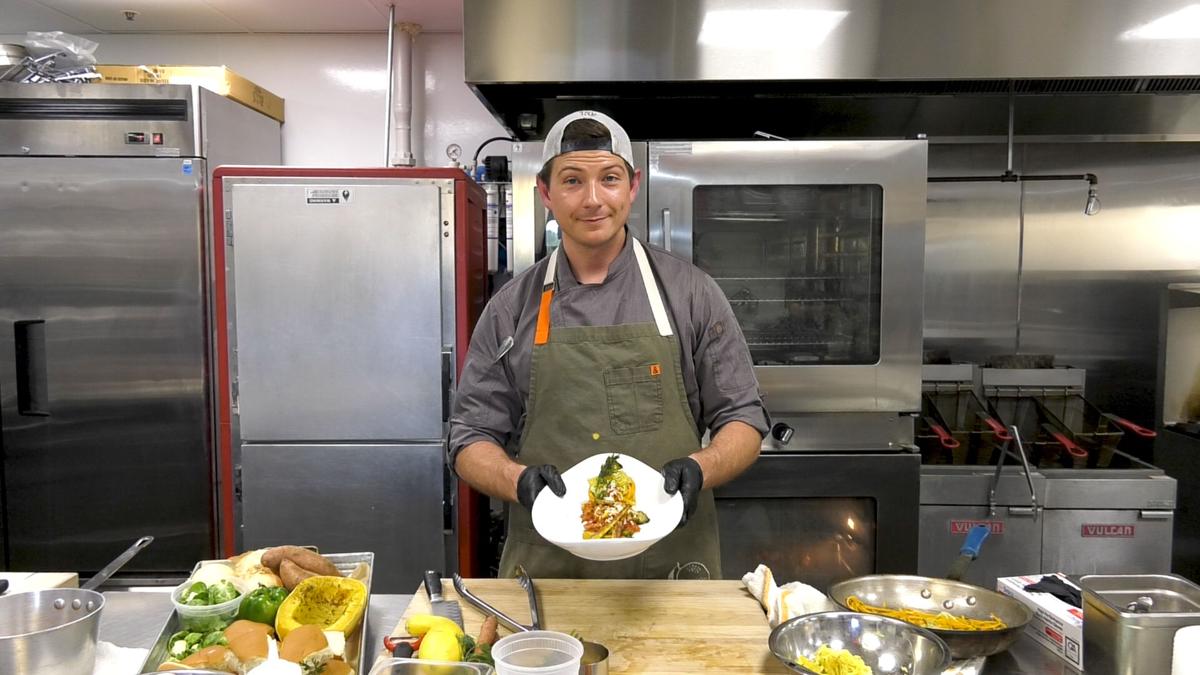 Josh Shea is the vice president of food and beverage at Riley Park, home of the Charleston RiverDogs. File/Provided

Josh Shea remembers the brainstorming session for the Charleston RiverDogs’ version of a brunch burger.

As the vice president of food and beverage at Riley Park, he always wants menu items to be fun. But brunch is serious business in the Lowcountry, so his team also needed to make sure they upheld the level of integrity that Charleston demands.

On May 28, known as National Burger Day, the MiLB listed more than a dozen of the most outrageous burgers around the sport, which includes 160 teams.

The RiverDogs’ burger made the cut with their all-beef patty topped with smoked beef brisket, smoked tomatoes and a Bloody Mary sauce. But that’s not all.

To commemorate a Charleston classic, the Smokin' ChuckTown includes shrimp and uses slow-cooked grits as the bread. The grits are molded into buns and allowed to solidify overnight to keep their form.

The burger was going to launch this season, but the coronavirus pandemic has put a hold on baseball, so fans will have to wait a little longer. But that didn't stop the MiLB from putting it on the list.

“Since shrimp n' grits are a necessity in nearly every Charleston restaurant, the RiverDogs made sure to incorporate the iconic pair into their burger,” the league wrote.

Shea said the idea was hatched a few years back. But it wasn’t a burger. The RiverDogs featured a shrimp-and-grits corn dog, an item so rare and tasty that the Travel Channel featured it in 2017.

“From there we figured we’d make it into a burger," Shea said. “It’s a really decadent item and we think our fans will really enjoy it.”

The team hopes they can officially introduce it to fans in a couple of weeks, either during games or through their lunch takeout service.

Shea's staff is still serving meals for takeout Tuesday through Friday, from 11 a.m. to 6 p.m. On Mondays, the staff serves free lunches to first responders and other groups working to offset the impacts of COVID-19.

Other quirky ideas that made the MiLB list include the Honeybun Burger, which is essentially a double patty burger with four slices of cheese, sandwiched between two honeybuns. Another strange item is the Tumbleweed Burger, one that includes ghost pepper cheese and red chile cotton candy.

Just like other facets of the minor league fan experience, Shea knows they’re in competition with other teams.

But the cooks at Riley Park also view their kitchen and ballpark as a legitimate Charleston restaurant. That means they need to stay on par with one of the top-ranked food scenes in the world.

“We like having fun, but we also love using Charleston’s inspiration and culture,” Shea said. “So we always want to find ways to bring that Charleston experience to the ballpark.”

Charleston RiverDogs launch 'Take Out from The Joe' drive-thru