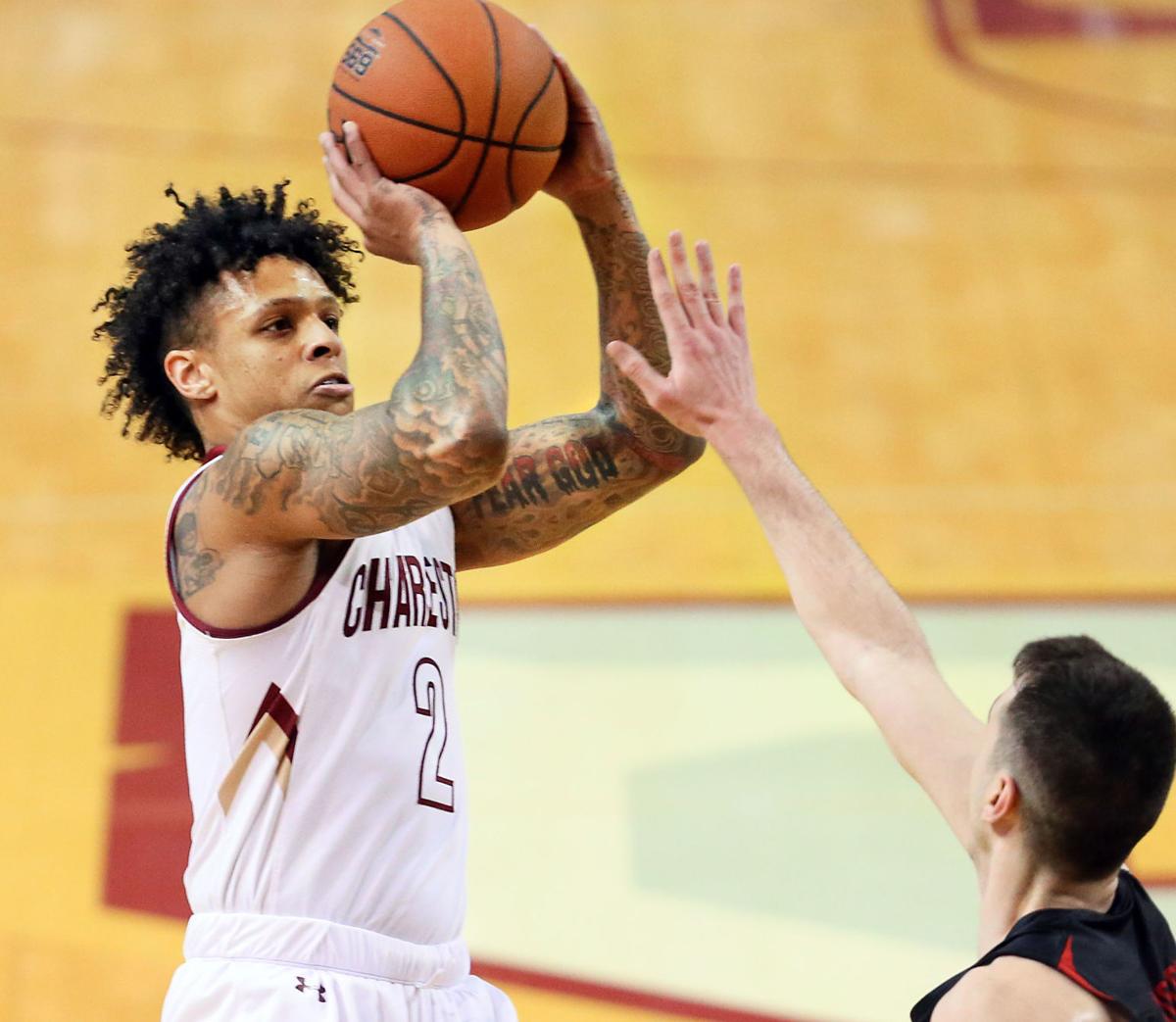 Brevin Galloway, seen shooting in a game against Northeastern last season, scored a career-high 22 points in College of Charleston's 78-71 loss to Richmond on Saturday night. File/Staff 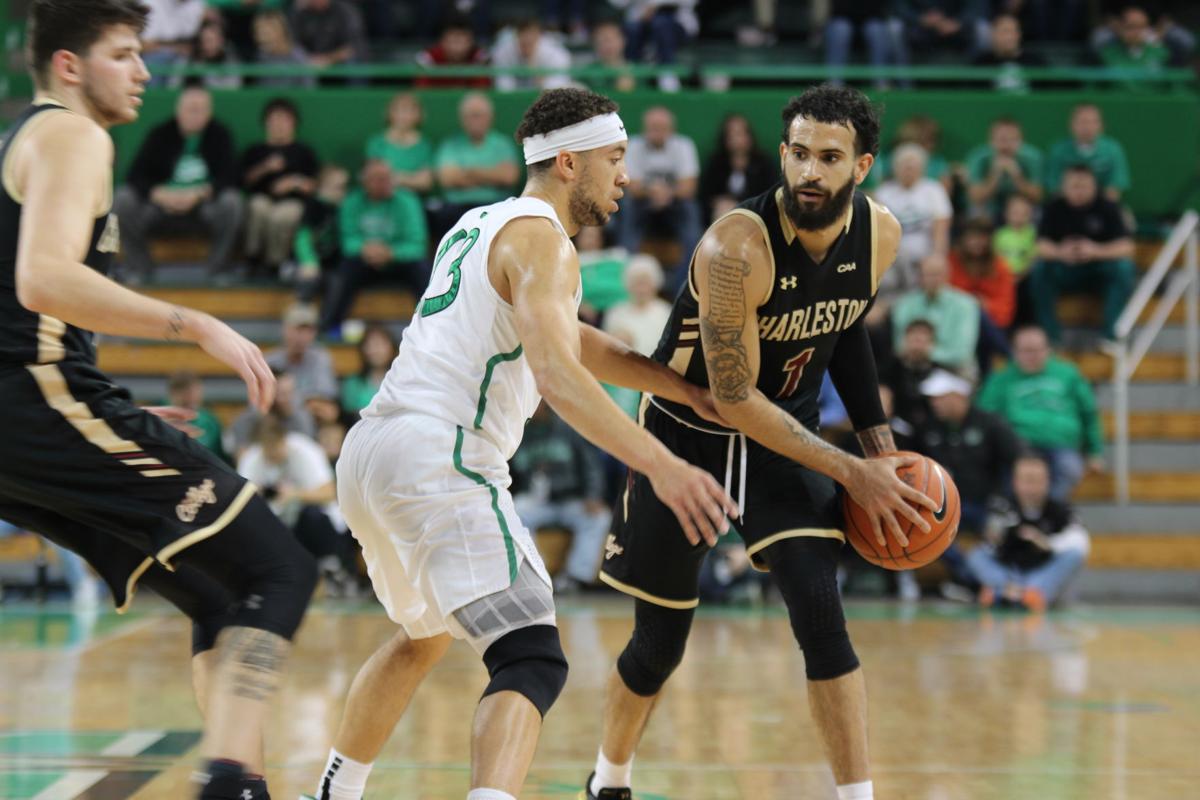 RICHMOND, Va. – Grant Riller became the third player in College of Charleston history to score 2,000 career points and Brevin Galloway poured in a career-high 22 points, but the Cougars dropped a hard-fought 78-71 game to Richmond on Saturday night at the Robins Center.

The Cougars (5-5) got off to a 12-4 start behind Galloway’s defense and long-range 3-pointers a day removed from his 22nd birthday. The Spiders responded with their own run to take a 39-31 lead at halftime.

Riller, who had four points in the first half, went to work in the second finishing with 21 and 2,004 points, joining Andrew Goudelock (2007-2011) and Ken Gustafson (1971-75). It marked his seventh 20-point game of the season extending his double-digit scoring streak to 38-consecutive games.

Sam Miller came off the bench to give Charleston a spark and drained a career-high tying three treys to end with a career-best 16 points in 28 minutes.

“Richmond is a good team," said Cougars coach Earl Grant. "Every time we made a mistake those guys made us pay. It was one of the more challenging games I’ve coached in – in terms of a team that’s really got purpose about what they are trying to do. Kudos to the Spiders.”

C of C never trailed by double digits and kept it close throughout the second half. The Cougars got it within five twice including a layup by Miller with 2:40 left and trailing 71-66.

The Spiders (9-1) remain unbeaten at home behind the play of Blake Francis, who had a team-high 20 points, and big man Grant Golden inside with 17 points and seven rebounds.

C of C will return home for its final two non-conference games next week that kicks off with another Atlantic 10 Conference power, VCU (7-2) on Wednesday at 7 p.m. at TD Arena.