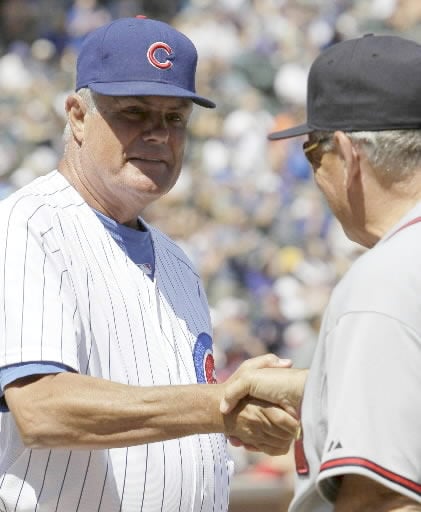 Lou Piniella closed his managerial career with a 16-5 loss on Sunday to the Atlanta Braves. 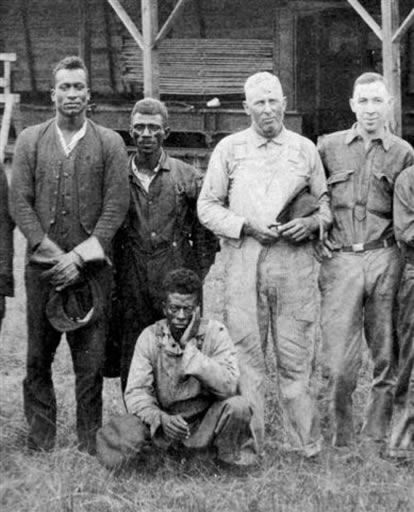 Do you recognize anyone in this outtake from an A.C. Tuxbury Lumber Co. photo? The Charleston Archive is trying to identify them and the more than 180 other people in the original photo.

Lou Piniella closed his managerial career with a 16-5 loss on Sunday to the Atlanta Braves.

Do you recognize anyone in this outtake from an A.C. Tuxbury Lumber Co. photo? The Charleston Archive is trying to identify them and the more than 180 other people in the original photo.

CHICAGO -- Lou Piniella had 48 fulfilling years in baseball to think about, rather than one final loss.

Piniella bowed out Sunday, waving goodbye as the Cubs' manager and ending a career that spanned five decades after the Atlanta Braves routed Chicago, 16-5.

"Today's game wasn't pretty but I'd rather reflect on the good times I've had here," Piniella said.

The 66-year-old Piniella announced before the game that he was leaving to be with his ailing mother. Third base coach Mike Quade was promoted to interim manager.

The disappointing Cubs weren't able to send Piniella out as a winner. Omar Infante and Jason Heyward each hit a pair of home runs, and the Braves scored 11 times in the last three innings to break away.

After contemplating the decision for several days and discussing it with

Cubs general manager Jim Hendry, Piniella decided to leave a half-century in the game as a player, manager and executive.

The surprising announcement came in a team handout in the morning, and after Piniella had repeatedly insisted he would finish the season. But Piniella made the decision to be with his ailing mother in Florida.

Leaving the field in a uniform for the final time did not come easy for Piniella.

"This will be the last time I put on my uniform. It's been very special," Piniella said, tearing up.

Piniella was in the dugout when the game was over, and he waved his hat to longtime Braves manager Bobby Cox across the field. Cox plans to retire after the season.

"I saw Lou prior to our little home plate (meeting). It was pretty emotional. I hate to see Lou leave baseball, but we will see what happens, but I know his mom is really, really sick and he needs to get home," Cox said.

Before the game, Piniella talked to his team about the decision.

"When you get a speech like that from Lou Piniella, first of all, your heart goes out to his family. It's not like he's just retiring, he's got some family stuff going on and he's pretty emotional about why he's leaving and you feel for a guy like that when it's your mom," Cubs pitcher Randy Wells said.

"On top of that, this guy has given a lot to baseball so you owe it to him to give it everything you've got out there. That's what me and Koyie (Hill) were talking about when we were warming up was 'Hey, let's leave it all out on the field today.' We just didn't get it done. It's unfortunate. One loss that stings the most for me this year."

The loss left the Cubs at 51-74. Atlanta held its lead in the NL East.

Piniella and Cox were honored before the game as they exchanged lineup cards at home plate.

Piniella and the umpiring crew posed for a picture. He shook hands with Cox, and they hugged each other and exchanged back slaps as Piniella's No. 41 was posted on the center-field scoreboard.

Cox made his last trip as a manager to Wrigley Field. He was announced to the crowd and took his cap off and waved it to the fans.

"He was pretty much dominating today," Cox said. "Minor has a great idea how to pitch. We knew that when we drafted him I was told."

Heyward and Infante each finished with four hits, drove in four runs and scored four times. It was 5-3 before the Braves scored four runs in the seventh, five more in the eighth and twice in the ninth.

"The four hits is the best I've done all year. That shows something," said Heyward.

The Cubs have lost six of their last seven. Wells (5-12) took the loss.