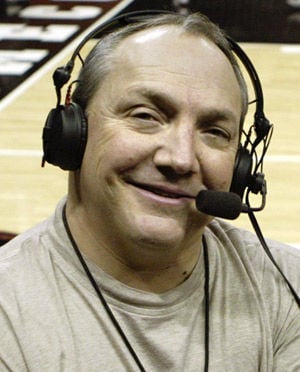 Every weeknight at 6 p.m. for the last 35 years, thousands of sports fans around the state tuned their radios to listen to Phil Kornblut and his "SportsTalk" show on the S.C. Radio Network.

Kornblut's leading-edge recruiting reports, and the show's insights into and discussion of sports at Clemson, South Carolina and state colleges and high schools became a can't-miss habit for listeners from Pumpkintown to Port Royal and all points in between.

That tradition took a blow Tuesday with Kornblut's announcement on Twitter that media company Learfield/IMG has shut down the S.C. Radio Network effective immediately. "SportsTalk" will still be on the air in Columbia, but will be harder to find around the state.

"Effective today, SportsTalk Radio Network and SportsTalkSC are no more," Kornblut posted on Twitter. "Learfield closed South Carolina Radio Network effective immediately. I can be followed @philkornblut. Thanks and we'll be talking soon."

Effective today, SportsTalk Radio Network and SportsTalkSC are no more. Learfield closed South Carolina Radio Network effective immediately. I can be followed @philkornblut. Thanks and we'll be talking soon.

Kornblut confirmed Tuesday afternoon that "SportsTalk" has found a new home, at least temporarily, on radio station 100.7-FM/1470-AM The Point in Columbia at its normal 6-8 p.m. time slot. Listeners can find the show on the web at www.makethepointradio.com if they are outside the Columbia area.

A spokesman for Learfield/IMG said the S.C. Radio Network had been "underperforming" and that the cancellation is part of a "larger strategy."

"A couple of our networks have shown little to no future growth and have been under-performing for the past couple of years," said public relations manager Jennifer Duncan. "It's part of a larger strategy in which we are concentrating on the Midwest, which is our core geography for both news and agriculture. That's been our core for more than 40 years."

This is a big blow both to independent sports coverage and news coverage in South Carolina. There are several quite talented folks at both sides of the SC Radio Network. Sigh. https://t.co/x5QWcfxCKu

The absence of "SportsTalk" on statewide airwaves will leave a void, said Charleston radio host Bobby Hartin, whose own show — "Fan Talk" — has been on the air for 26 years.

"I've been listening to Phil for 35 years, but that's the corporate world," Hartin said. "Nobody in the state covered college sports and high school sports better than Phil. You go back to his days with Don Williams, and nobody covered the state like they did.

"There's going to be a void, a pretty big void once people realize it's gone," he said. "But I'm sure Phil will be back somewhere, on some kind of statewide platform. He's been doing this a long time, and he'll be back."

Kornblut, a graduate of the University of south Carolina, is a six-time S.C. Sports Broadcaster of the Year and was honored by the S.C. Hall of Fame in 2018.

The S.C. Radio Network began in September 1984 with 11 stations, and grew to include more than 30. The show's Twitter account had almost 17,000 followers as of Tuesday.

Kornblut's weekly recruiting column appears in The Post and Courier every Tuesday.

What?! Phil and company offered unparalleled coverage of high school sports through to the pro ranks. Major, major loss for sports fans across all spectrums in South Carolina. https://t.co/N5a1sKQz1p

Wow. This is a huge blow to sports radio in the Palmetto State. Huge presence in sports here. Hate to hear this. https://t.co/58g6zN0nMk