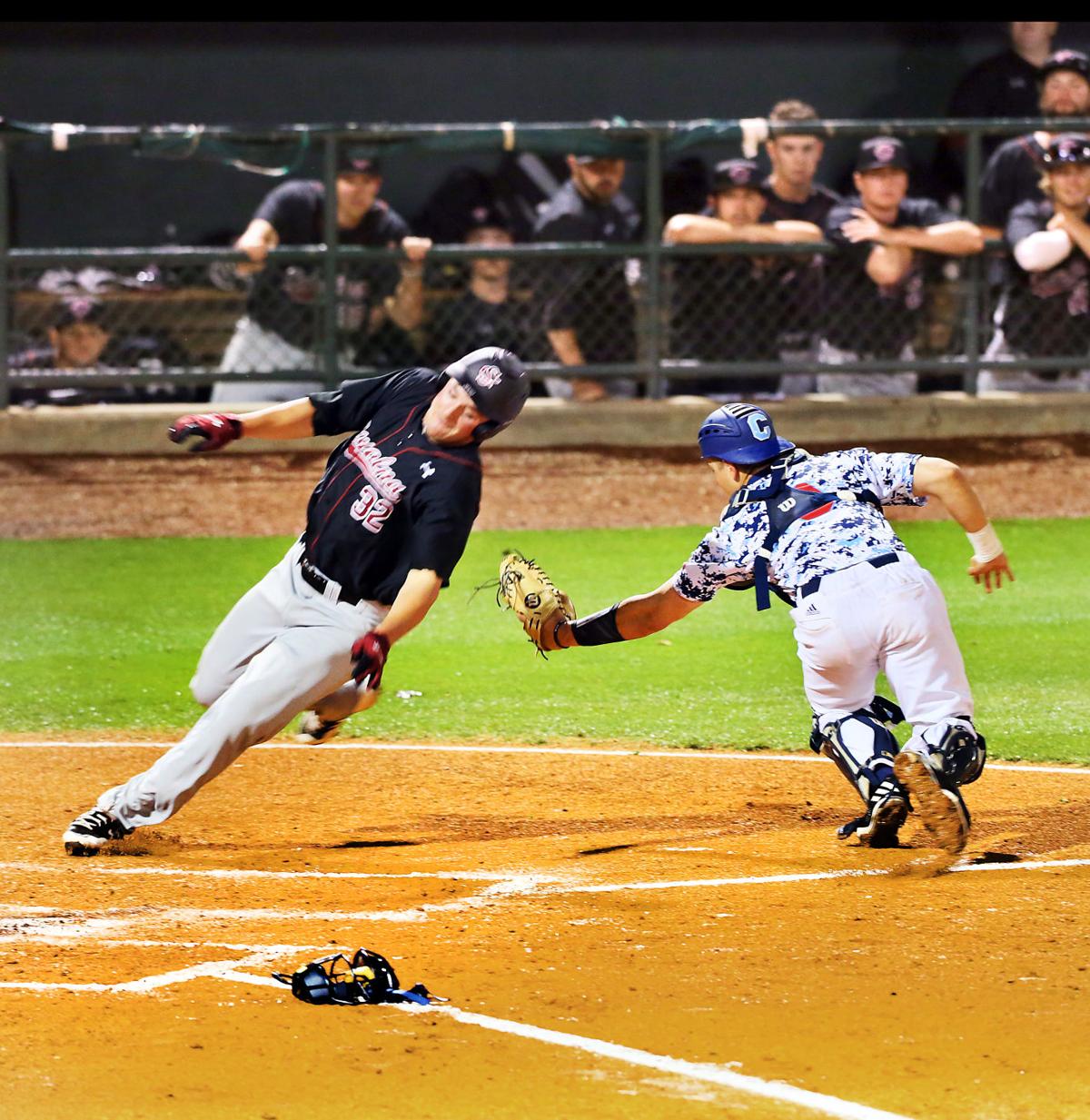 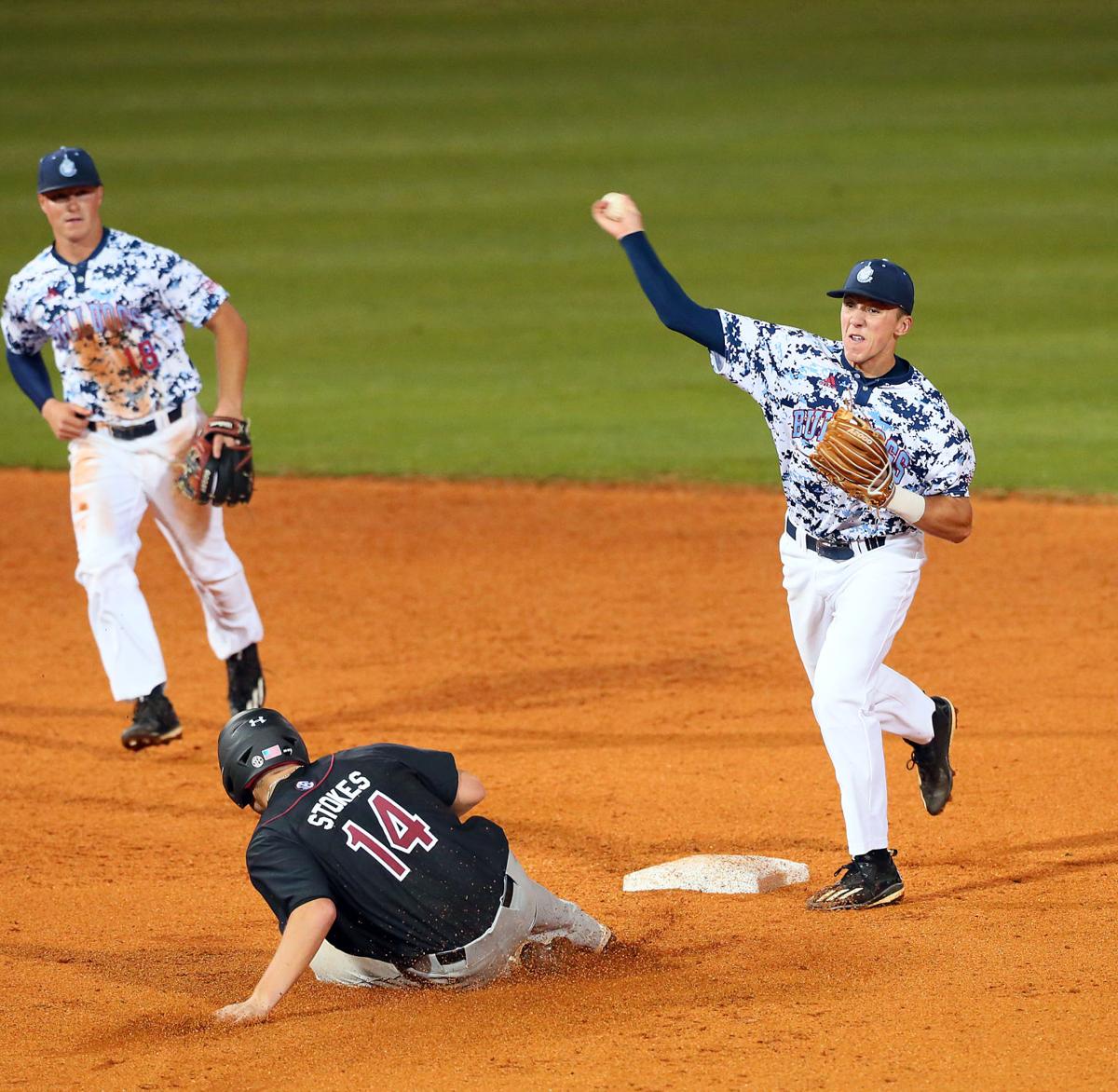 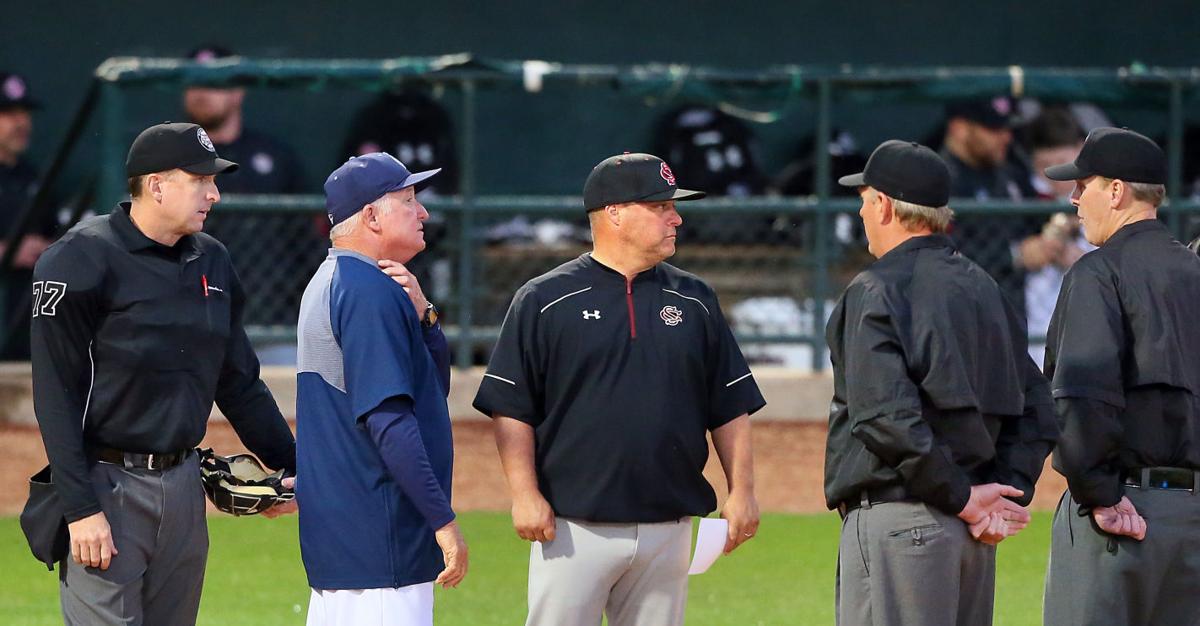 With their coaching futures up in the air, The Citadel's Fred Jordan and South Carolina's Chad Holbrook need victories Tuesday or the baseball season will be over for both. (File/Wade Spees/Staff)

With their coaching futures up in the air, The Citadel's Fred Jordan and South Carolina's Chad Holbrook need victories Tuesday or the baseball season will be over for both. (File/Wade Spees/Staff)

As South Carolina fans settled into their seats Tuesday night at Riley Park, they were treated to videoboard highlights of The Citadel's football upset of the Gamecocks in 2015.

It was the high point of the night for Bulldogs faithful.

The Citadel committed an error on the first play (and four for the game) and gave up 11 runs in the first two innings as No. 6 South Carolina cruised to a 15-1 victory before 4,525 fans.

Jacob Olson drove in four runs, including his fifth home run, and Summerville's T.J. Hopkins scored three times as the 18-6 Gamecocks banged out a season-high 20 hits and won for the 11th time in 12 games.

"We swung the bat the way we are capable of tonight," said USC coach Chad Holbrook. "I don't know if we're 20 hits good every night, that's not who we are. But I think we're a better hitting team than the .272 average we came in with. We've got the makings of a good offensive club."

USC redshirt freshman pitcher Cody Morris, a 6-4 right-hander, collected his first college win, allowing one run on two hits and no walks and striking out eight in five innings.

Sawyer Bridges, a freshman from Summerville, pitched one scoreless inning in relief with a strikeout in his fifth appearance of the season.

After a 45-minute rain delay, The Citadel (9-16) struggled to get started with freshman Zach Taglieri on the mound.

USC loaded the bases to start the game on an error, a hit batter and a walk, and scored two runs on a groundout by Alex Destino and RBI single from Chris Cullen, who had three hits. Taglieri (0-2) struck out two to escape further damage.

The Bulldogs came unraveled in the second, as USC sent 14 batters to the plate and scored nine runs on eight hits for an 11-0 lead , the big blow a three-run double by Olson.

The Citadel's Joe Sabatini got one back in the bottom of the second, blasting his fifth homer of the season over the scoreboard in left.

Jonah Bride, who was 4 for 5, sent an RBI triple past diving centerfielder Clay Martin in the fourth, scoring Hopkins to boost USC's lead back to 12-1.

The Citadel, off to a 2-1 start in Southern Conference play, is at Western Carolina this weekend for a three-game set. USC, 5-1 in the SEC, is at Auburn for three games.

Holbrook confirmed that volunteer hitting coach Brian Buscher, a former USC standout and MLB player, is no longer on the coaching staff. He was in his sixth season as a volunteer coach.

"Brian and I had a mutual conversation yesterday and a mutual decision was made," Holbrook said. "We think the world of Coach Buscher. It was just an unfortunate situation, and we both agreed that it was in the best interest of our program and everyone involved if we went our separate ways.

"He's going to continue to be a friend of ours, and he's given a lot to this program as a player and a coach. He's a Gamecock and loves this program, and we'll continue to support him any way we can."

The Citadel committed an error on the first play (and four for the game) and gave up 11 runs in the first two innings as No. 6 South Carolina …