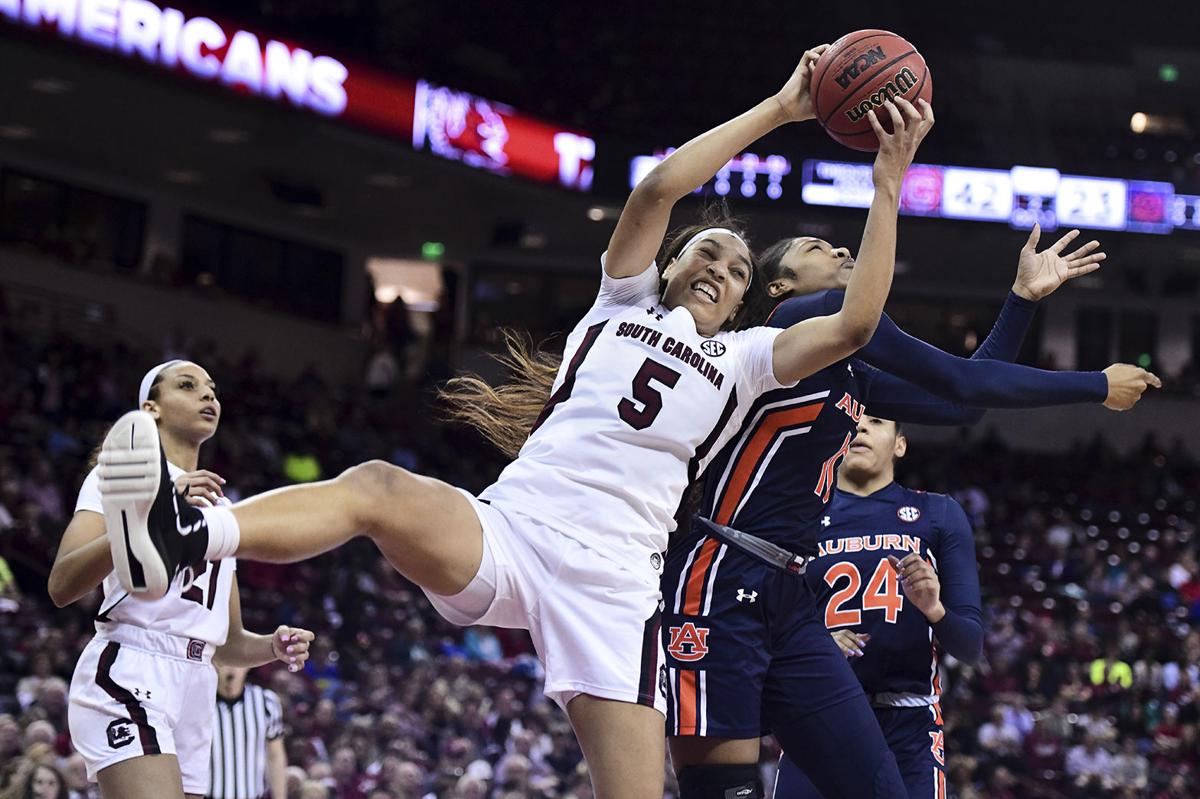 Victaria Saxton and the No. 1 Gamecocks steamrolled Auburn on Thursday. AP/Sean Rayford 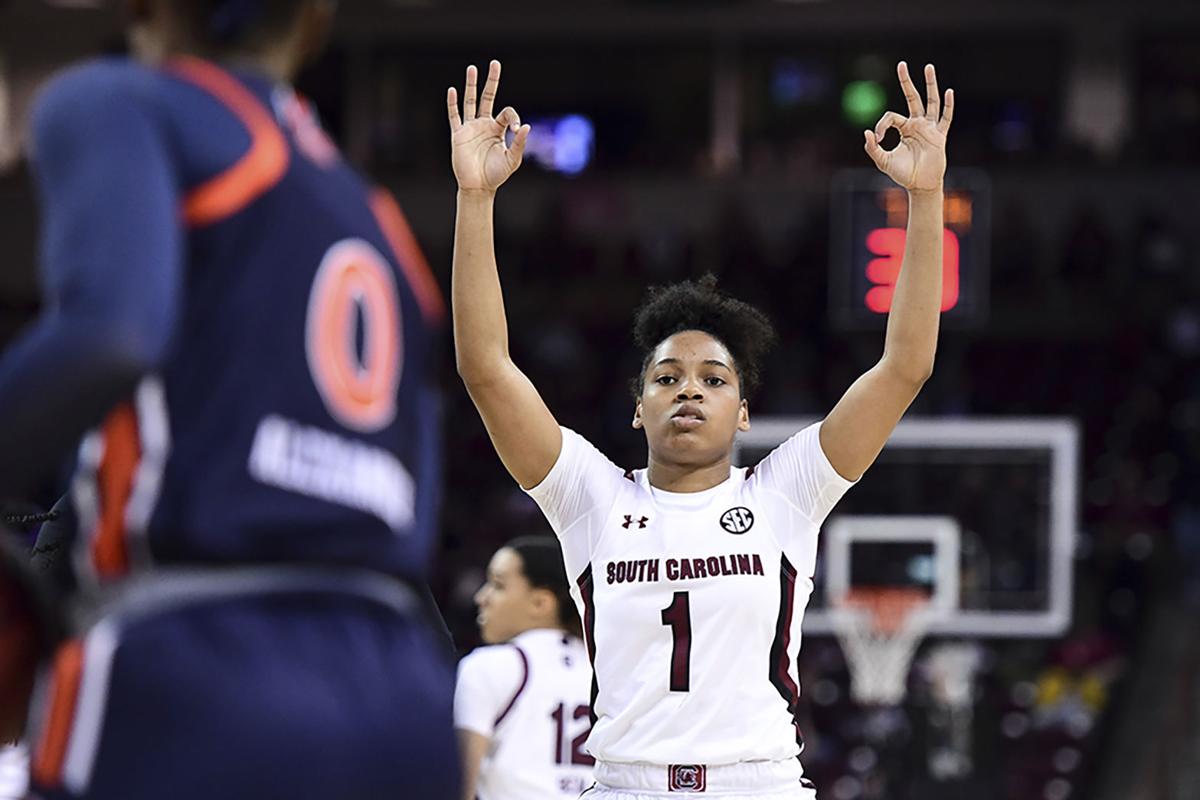 Victaria Saxton and the No. 1 Gamecocks steamrolled Auburn on Thursday. AP/Sean Rayford

COLUMBIA — They were expected to romp and did, so the question of having a “big-game hangover” wasn’t really relevant.

But such is the state of South Carolina basketball this year, when a team this talented and unanimously ranked No. 1 gets asked about its attitude and intensity because it didn’t win as smoothly as it did last game, a 70-52 demolition of former nemesis Connecticut.

The top-ranked Gamecocks ripped Auburn 79-53 Thursday, an unsurprising result with the Tigers just 8-13 coming in and the SEC regular-season championship in USC’s sights. The Gamecocks (24-1, 11-0 SEC) took an early lead with the 3-pointer and the stars shone as usual, National Freshman of the Year contender Aliyah Boston and fellow rookie Zia Cooke scoring 13 points each.

Yet there were those turnovers (11, leading to 18 Auburn points). There was that lull, the Gamecocks allowing a 30-point advantage shrink to 21 in the fourth quarter. There was allowing 26 points in the paint, a stinging number to a proud interior defense.

“It’s tough. It’s tough to come back from an emotional game no matter how much we tried to block it out. They felt it,” USC coach Dawn Staley said. “It was hard to get back up for them, but they found a way.”

“It wasn’t really too crisp, but we went out there and did the best we could. We had a long week,” said Cooke, who had five turnovers. “We tried to go out there and play Auburn the same way we played UConn.”

Cooke had to pause before she remembered it was Auburn that USC beat Thursday. Again, it wasn’t easy to come down from the UConn win to remember there’s still an SEC title to claim.

The Gamecocks smoked 10 3-pointers, giving them 18 for the week, and put five in double figures, all from 11 to 13 points. They won the rebounding game after trailing nearly throughout, blocked eight shots and swiped nine balls.

There were just some sloppy stretches. Auburn has been a team that loves to defensively press and has had to tweak it this year with different personnel.

The Gamecocks were confused.

“We didn’t handle that well. That does pose a little bit of challenge if you’re not able to take care of the basketball,” Staley said. “But when Ty (Harris) was on the floor, we managed pretty good.”

Ty Harris again calmed the game, scoring 12 points including eight of 10 in one third-quarter stretch. She ended with five assists.

At 11-0, the Gamecocks can see the regular-season championship beckoning. But the road can still be pockmarked.

“We have a team that plays what’s in front of them,” Staley said. “The moment when you start looking ahead, that’s when you get caught.”