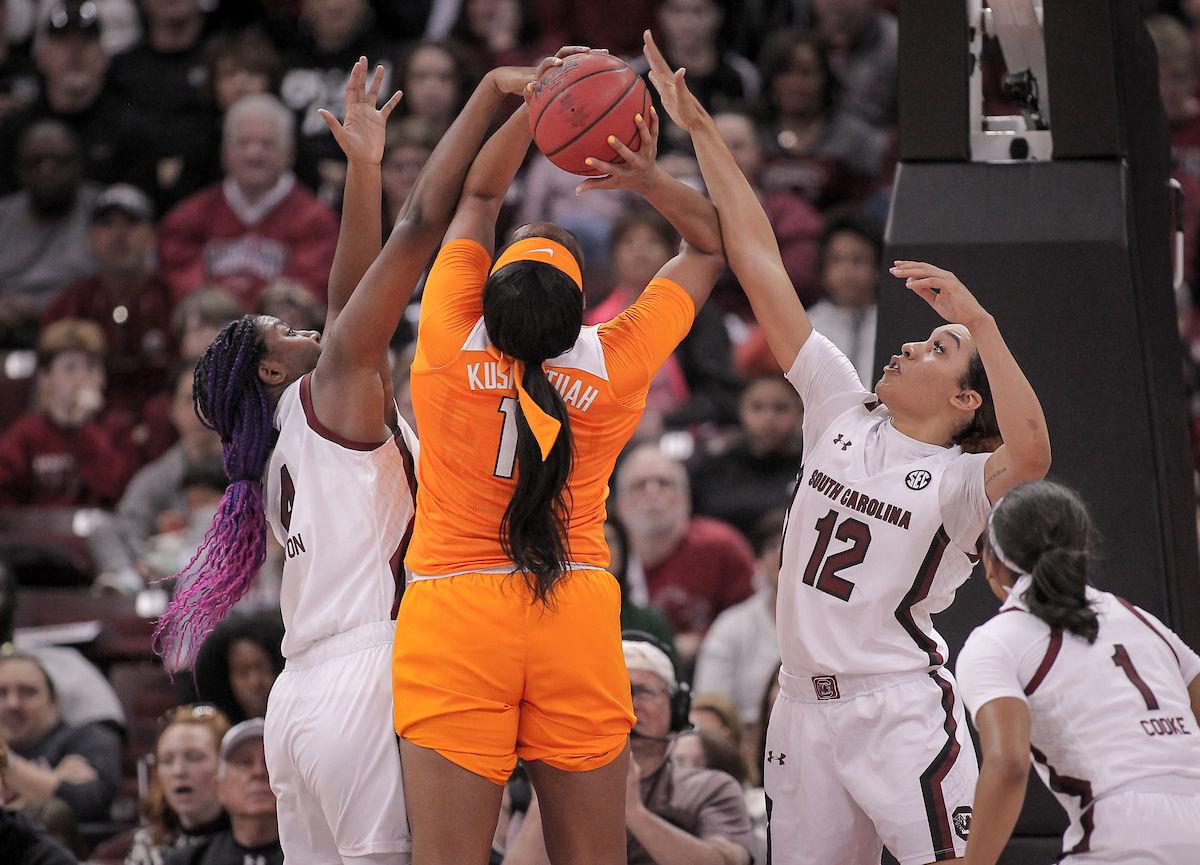 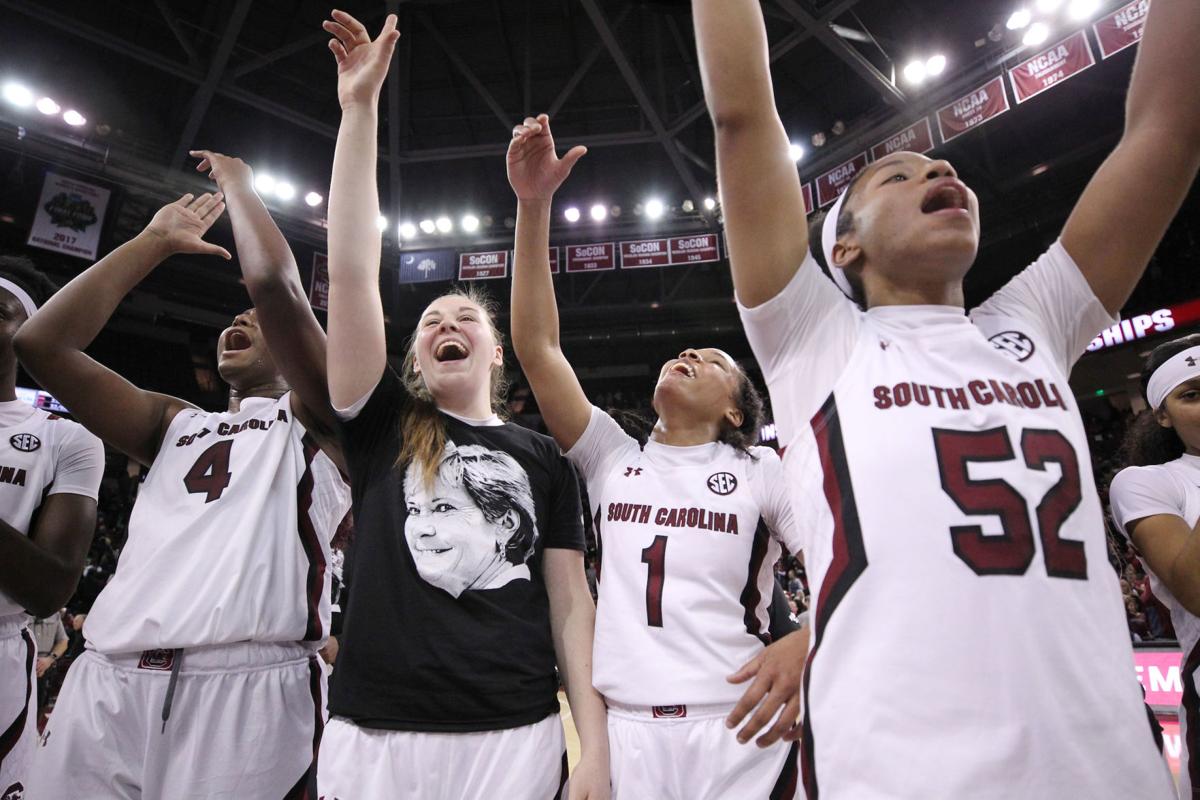 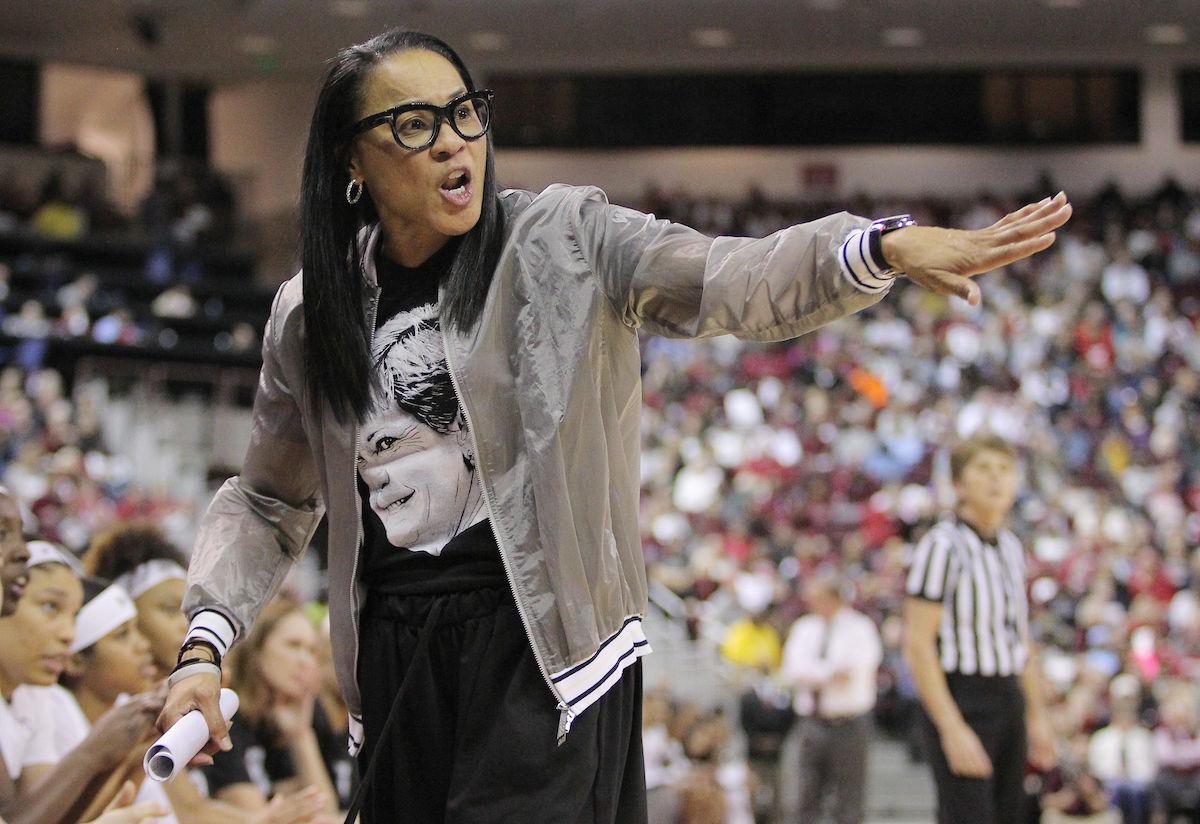 South Carolina women's basketball coach Dawn Staley's team is ranked No. 1 in the country with a 21-1 record. Travis Bell/Sideline Carolina 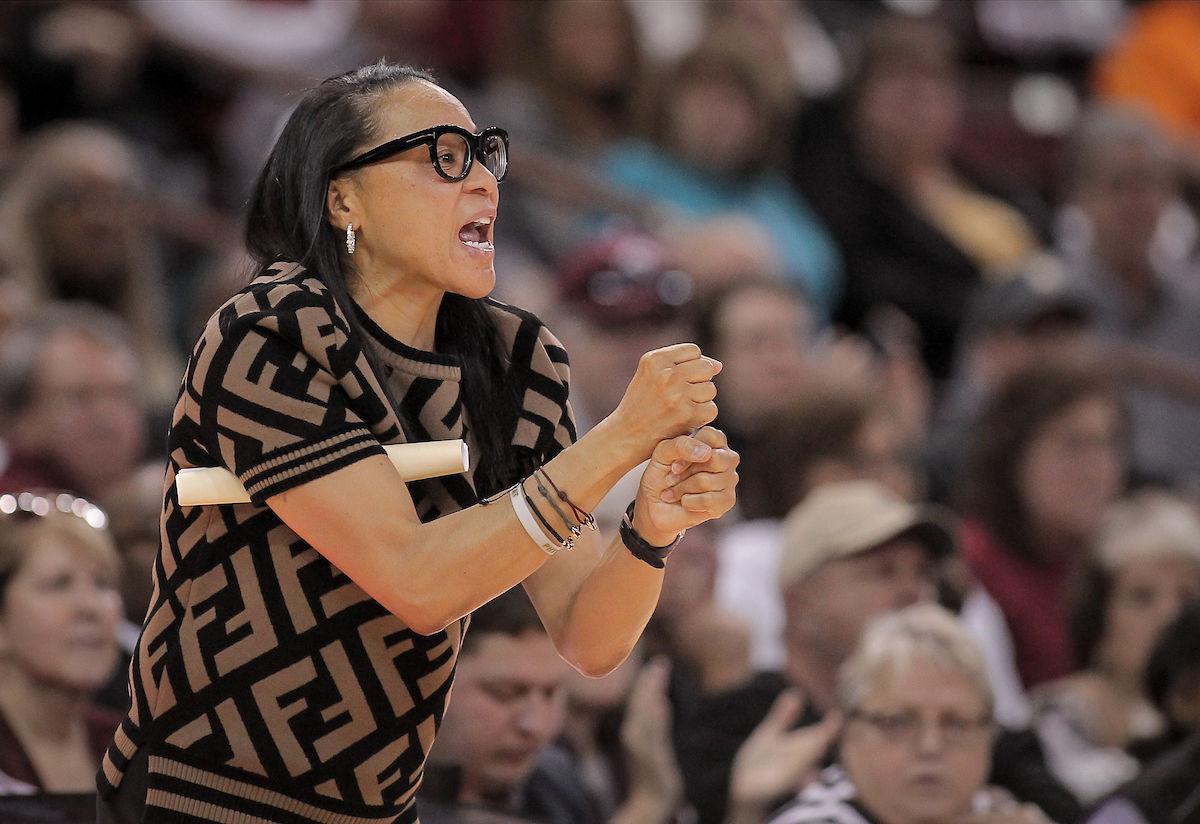 COLUMBIA — It’s been the easiest assignment he's had in 22 years.

Dave Aiken, the South Carolina women's basketball public address announcer, hasn’t had to look at the starter sheet for the past 10 games. He knows that barring something crazy, top-ranked USC will roll with the same five starters it has all season.

“I think we had to earn it, to get to know each other and the way we like to play at first,” said freshman Zia Cooke, tied for second on the team with 12.4 points per game. She’s one of three freshmen who start for the No. 1 Gamecocks, alongside guard Brea Beal and center Aliyah Boston.

They are three of the five members of USC’s No. 1 recruiting class. Coach Dawn Staley knew they were talented, but there’s so much more that gets defined once prep stars get to campus. How do they handle going from being the best player on their high school team to being surrounded by many players who were also the best in high school?

But in a scrimmage before their exhibition game, Staley sent Boston, Beal and Cooke to the jump circle with seniors Ty Harris and Mikiah Herbert Harrigan, hoping what she saw in practice would translate. It did; and did in an exhibition game win; and did in a season-opening win over North Alabama.

When the Gamecocks rolled past No. 4 Maryland on the road in just their second game, there was no reason to stop what was working. The starting five have remained intact as USC has soared to the top of the SEC standings and the national polls.

“They work well as a unit. Some other people that are coming off the bench could start. I think they’re OK with where they’re coming in the basketball game and I think we’re settled in that way,” Staley said. “So barring — knock on wood — any injuries or anything like that, we can keep that lineup the same.”

Even with a team that would win the 2017 national championship, Staley made a major change. Bianca Cuevas-Moore started at point guard that season and was playing well, but Staley saw that then-freshman Harris needed to play. She installed Harris at the point as SEC play began, then added Cuevas-Moore beside Harris as a unique double-point guard for the NCAA tournament when center Alaina Coates was lost with an ankle injury.

This year, there was some hesitation about putting three freshmen in her starting five. There were some thoughts about giving junior Lele Grissett, and sophomores Destanni Henderson and Victaria Saxton, chances to start.

But when the five kept beginning games with big leads, allowing Staley to substitute near the start of the second quarter, and the Gamecocks could rotate nine of their 11 eligible players (Laeticia Amihere, who has the least minutes of the nine, still averages over 13 per game), why change?

“They work well as a unit, and they play a lot in here when we’re going up against the (men’s practice squad),” Staley said. “Which is hard for some of our players coming off the bench. It’s hard to get a really good rotation in like we do in the games. Sometimes in the games, it’s almost too much to substitute the way that we do, but it’s a good unit that works well together.”

The five didn’t mind, although there were some growing pains. It wasn’t a matter of egos, but all of them had been the go-to players in high school.

“I think we have a great sense of flow together and I think we work really well,” said Boston, a frontrunner for SEC Freshman of the Year. “I don’t think there was one major adjustment, I think it was just figuring out what each other likes to do and where they like to go.”

As USC prepares to play No. 25 Arkansas on Thursday, Boston is coming off a left leg injury that forced her to miss most of the second half of Sunday’s win over Tennessee. Staley said that if that game had been for the national championship, Boston probably would have stayed on the court (USC was up 20 points at the time).

Boston was in practice on Tuesday, doing light running, cutting and shooting. With Amihere in Belgium competing for Team Canada in the Olympic Qualifying Tournament later this week, USC is already short-handed for Arkansas and the next game against No. 4 Connecticut.

It seems Boston will be fine, so Staley should have the same choice she’s had for 22 previous games. It’s never about the names, it’s only about what order she’ll list them in.