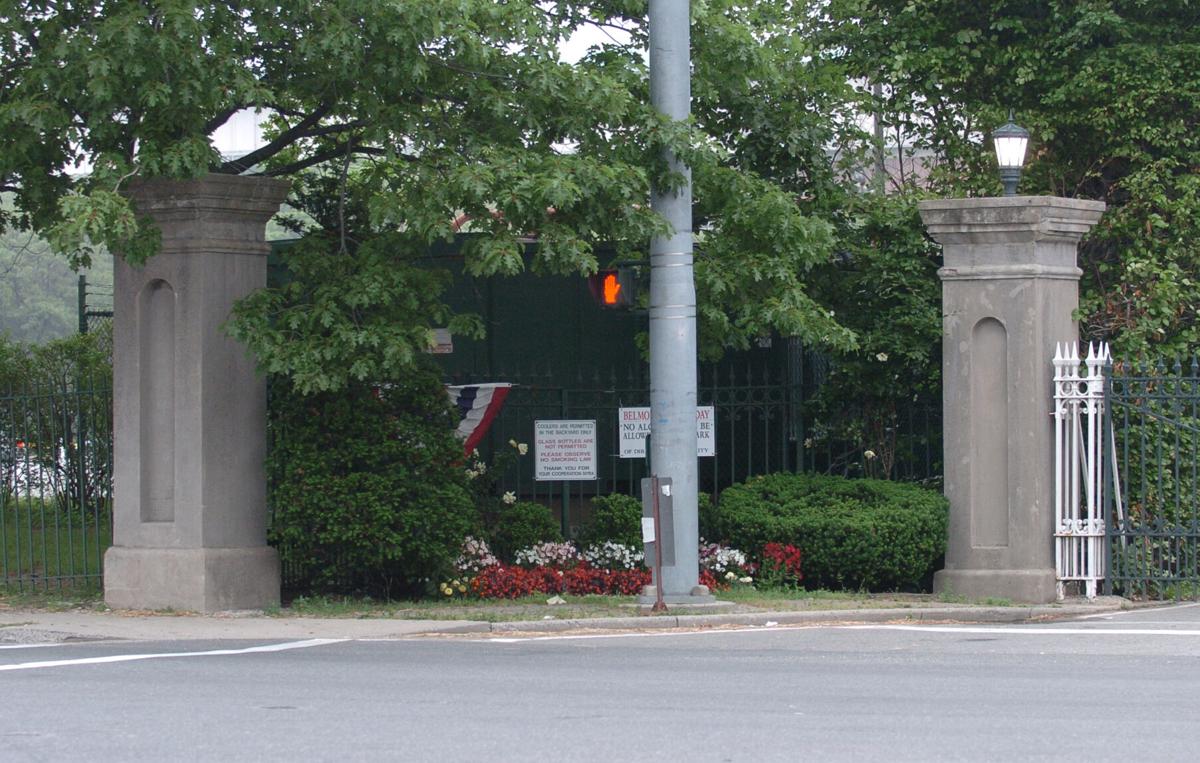 The pillars at the entrance to New York's Belmont Park came from Charleston's Washington Course in 1903 and were ready for opening day in 1905. Provided/New York Racing Association 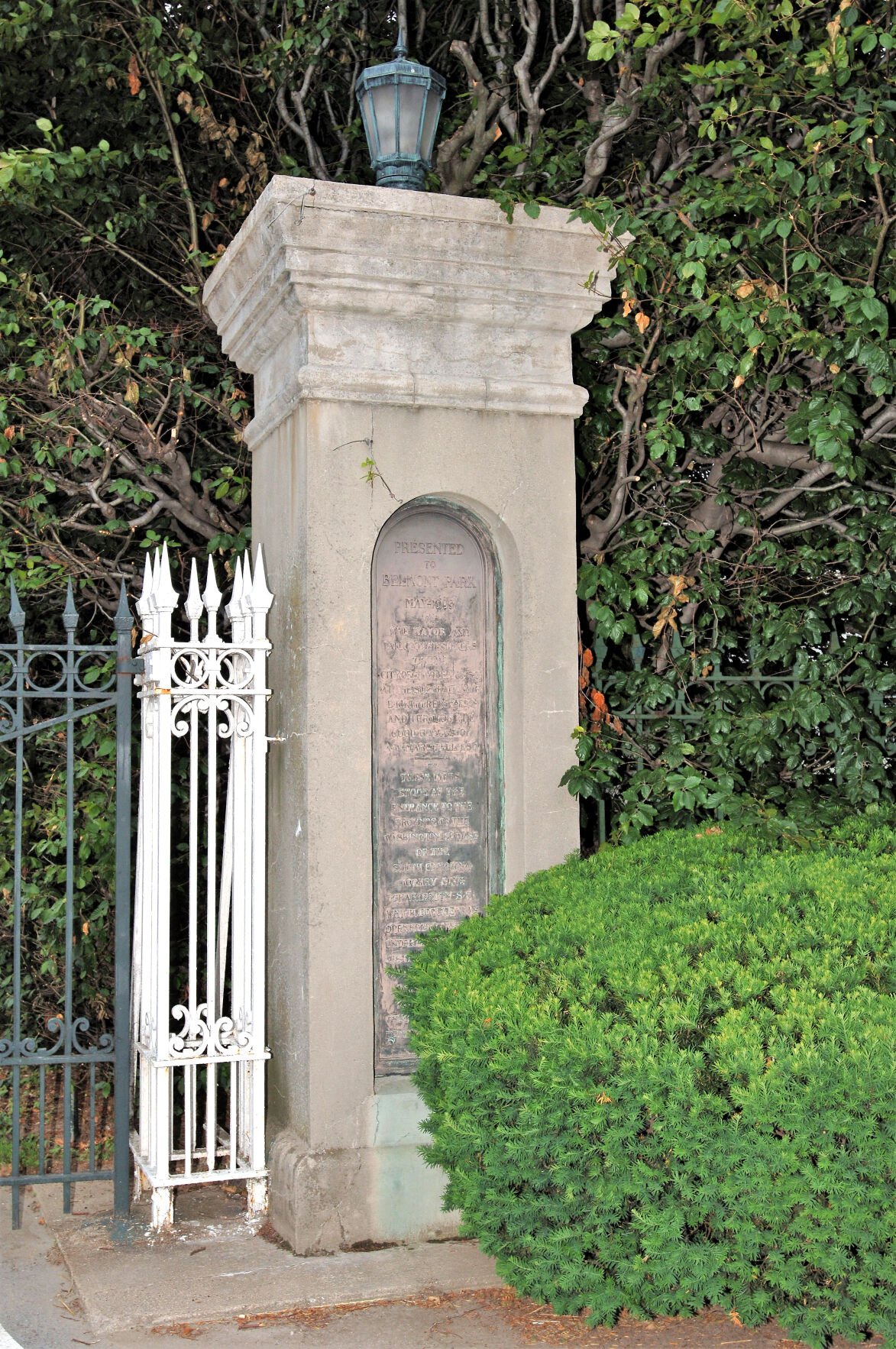 One of the stone pillars at Belmont Park that originally stood in what is now Charleston's Hampton Park at the Washington Course. Provided/New York Racing Association 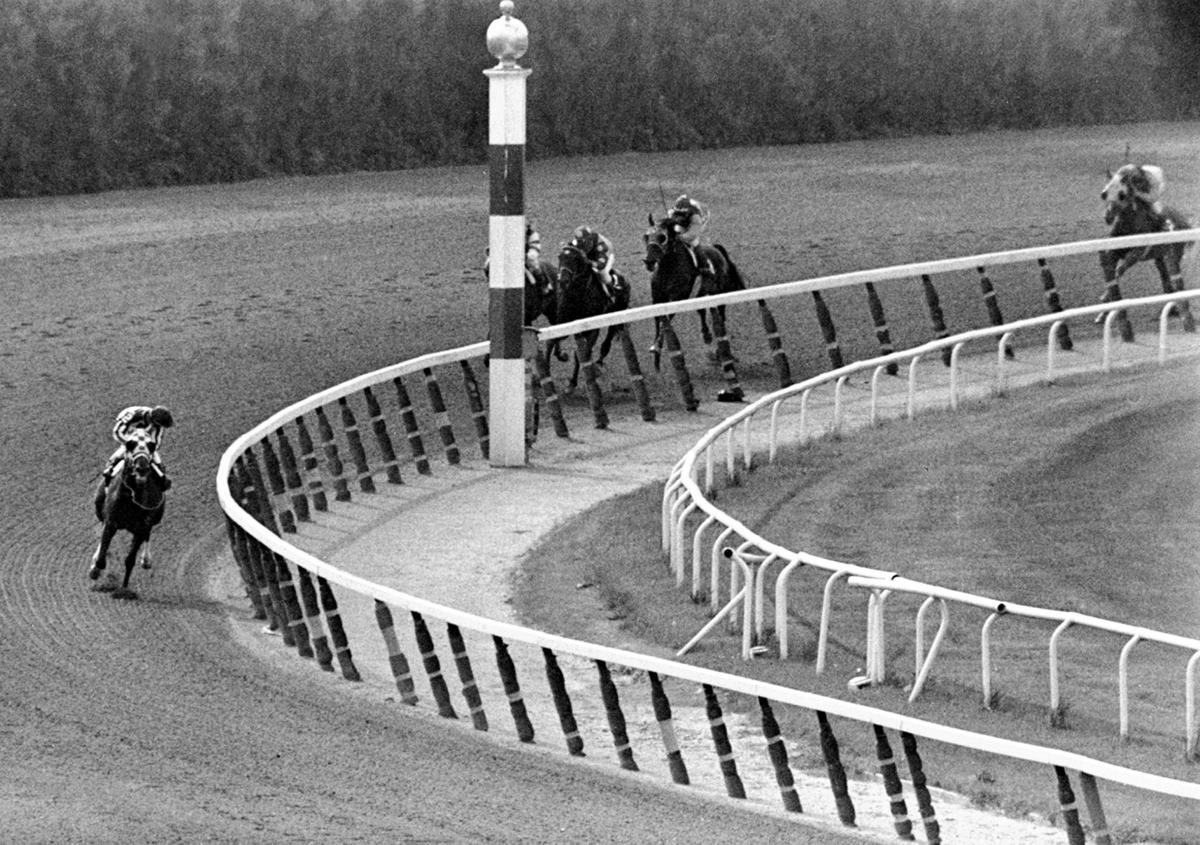 Jockey Ron Turcotte aboard Secretariat turns for a look at the field behind him as his horse makes the final turn on its way to winning the 1973 Triple Crown in the Belmont Stakes horse race at Belmont Park in Elmont, N.Y. Secretariat won by 31 lengths. File/AP

Everyone passing through the Clubhouse entrance for the 1973 Belmont Stakes strolled by the four pillars that make up Gate No. 5. The imposing stone entrance had already been there for 68 years as Secretariat – with jockey Ron Turcotte famously peeking back down the backstretch from atop the chestnut stallion in disbelief – opened up an astonishing lead.

Finally 31 to cap a Triple Crown with a world record for a mile and a half on dirt.

Horse racing enthusiasts visiting the 114-year-old venue in Elmont, N.Y., for the Belmont Stakes on June 5 are sure to stop by the "Big Sandy" Paddock for photos of the giant bronze statue honoring Secretariat. Those within a crowd limited by New York’s COVID-19 precautions will want to see the hall of banners honoring all the winning horses and jockeys, too.

But while the banners change, the four pillars endure as reminders at Triple Crown’s oldest race of a Charleston horse racing history even older.

“When you drive into the grandstand, you drive between those pillars at one of the premier race tracks in the world,” said Toby Edwards, executive director of the Carolina Cup, the popular steeplechase race in Camden.

Edwards also is race director of the Steeplechase of Charleston, among other titles.

“It’s just a great thing,” he said of the Charleston-Belmont connection that ties to a longtime Lowcountry pastime.

The pillars were part of Charleston’s Washington Course run by the South Carolina Jockey Club and built in 1792 on what is now Hampton Park’s Mary Murray Drive. The course was no longer in use by 1899.

The City of Charleston instead presented them as a gift. The re-installed pillars, shipped in boxes from Charleston, were on display for Belmont’s opening day on May 4, 1905.

A crowd of 40,000 (almost four times larger than what is expect for the 2021 Belmont Stakes) streamed through the entrance.

“The foresight of the Charleston people was something,” Edwards said. “They realized the gates would remain in a historically relevant situation as opposed to the entrance of Hampton Park.

“Yes, Hampton Park is still a park used for lots of different things and that’s great. But those pillars were built for a race track.”

Charleston had an old pastime by the time Belmont acquired four new pillars.

The South Carolina Jockey Club started so long ago it had to suspend operation during the Revolutionary War.

At one time, there were as many as 10 horse racing tracks in the Lowcountry.

The Washington Course grounds were used for the South Carolina Inter-State and West Indian Exposition, conceived to stimulate trade in 1901 and 1902.

Much uglier parts of Washington Course history includes slave sales during horse races, per the Preservation Society of Charleston, and its use as a Civil War prison for Union soldiers (more than 250 died, were buried nearby and later exhumed).

Some slaves, after working as grooms or jockeys, became well-known horse trainers at the Washington Course.

Some things at the track come and go almost as fast as a record-breaking horse, others – like bronze statues and stone pillars – are the stuff of history.

The 1989 necropsy on Secretariat was done in Kentucky. It revealed an explanation for Triple Crown dominance: the incredible animal had a heart nearly twice the size of the usual nine-pound organ inside most stallions.

Secretariat’s 1973 victory at Belmont remains the stuff of legend, and the highlight of a Hollywood film.

The space between Secretariat and the other horses that Saturday afternoon still doesn’t look real.

But it endures, perhaps more iconic, though not nearly as old, as the gate and pillars imported from Charleston.

Permanent South Carolina connection: 4 pillars at Belmont entrance imported from Charleston in 1903 and installed in 1905