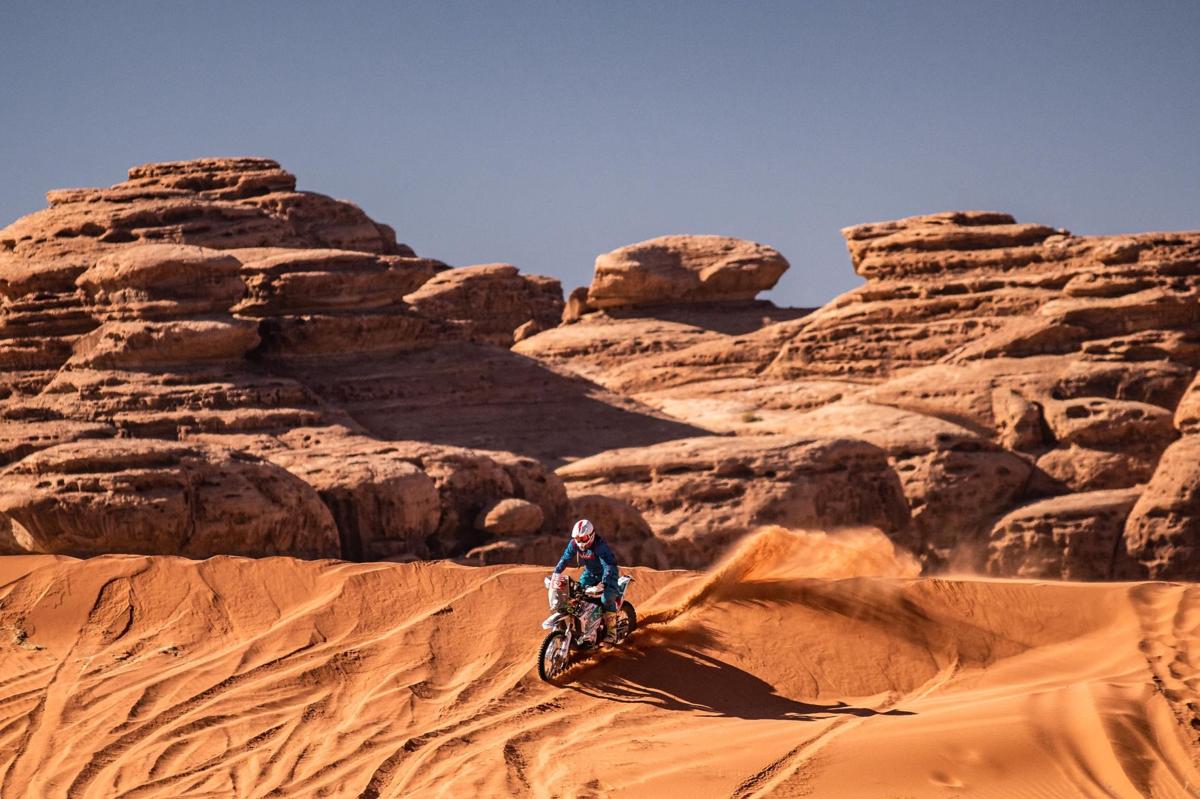 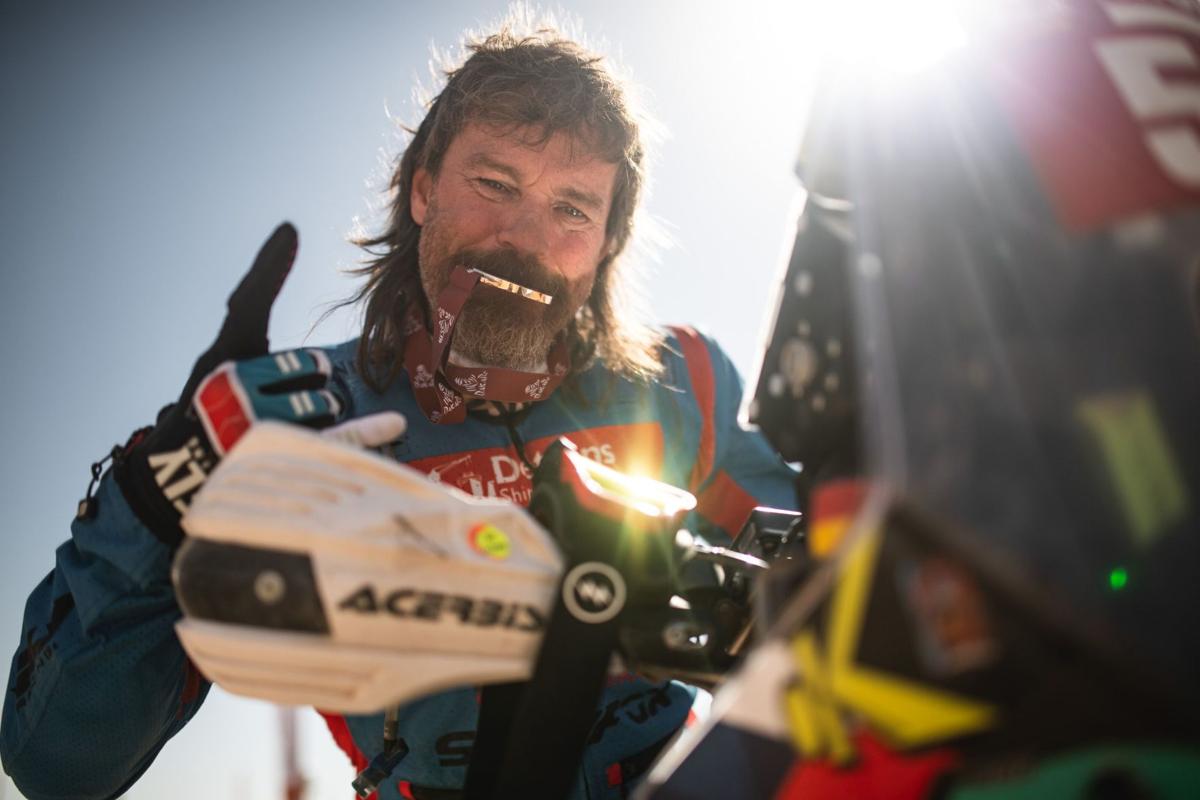 Mount Pleasant resident Petr Angelo Vlcek posted his personal best at Dakar Rally in Saudi Arabia. It was the fourth consecutive year he has competed in the grueling motorcycle race. Provided 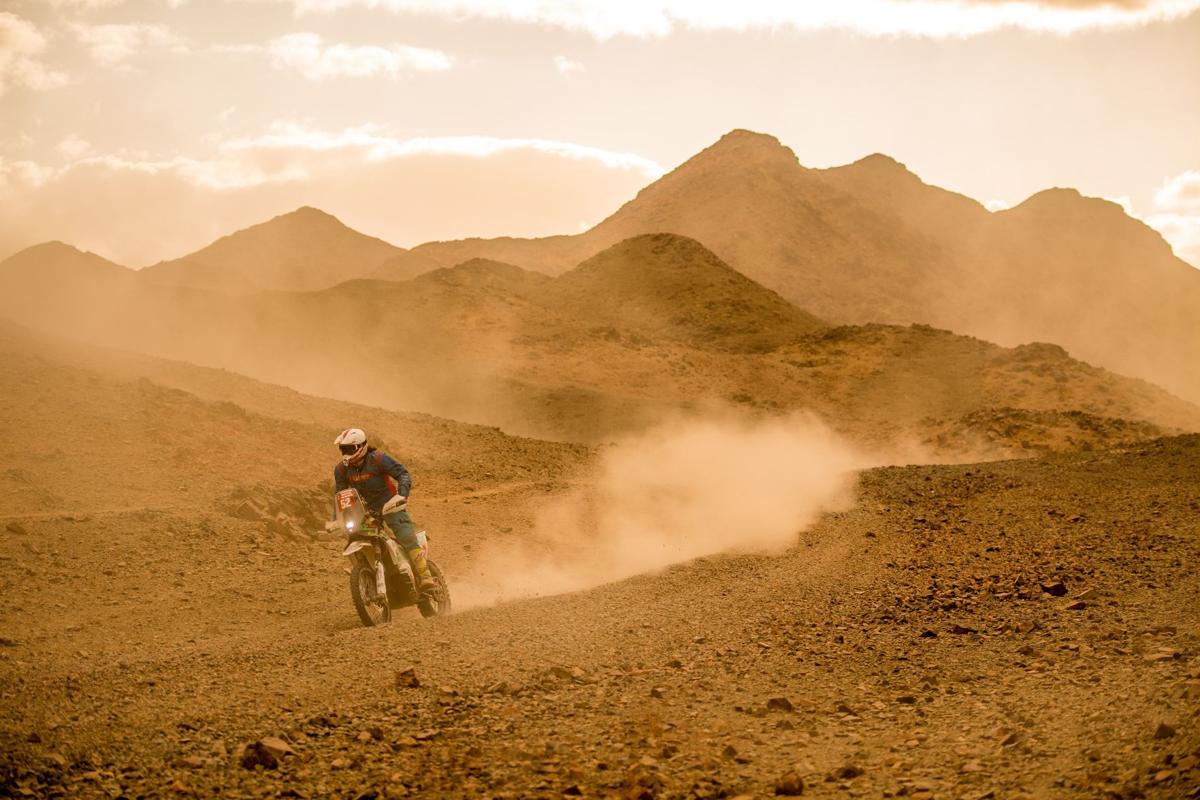 An international motorcycle race that takes riders through sun-beaten sand dunes and rocks in the Arabian Desert is dangerous enough.

But last month, in his fourth year participating, Mount Pleasant resident Petr Angelo Vlcek wanted to push it to the limit. That’s why he competed in a special division of the Dakar Rally that’s reserved for the ultimate risk takers.

The division, known as the Original by Motul, features riders on their own without assistance of any kind. So for 12 days across a distance of 4,660 miles, Vlcek had no mechanics, racing partners, or any other type of help.

“I’m not getting any younger,” said the 44-year-old native of the Czech Republic. “And I’m not sure how much longer I’ll be racing. So before I stop, I wanted to try doing it the original way Dakar was done back in the day.”

Vlcek posted his best finish to date, ranking 38th overall of 167 riders, and fourth in the Motul class. However, the celebration was bittersweet.

Two motorcyclists died during the race, bringing the Dakar Rally death toll to 30 in its 42 years of existence, and four others suffered serious back injuries. One of the deceased, 48-year-old Edwin Straver of Holland, was a good friend of Vlcek’s.

“We would hang out, go to breakfast before the day of racing started, and work on our bikes together,” Vlcek said. “We’re a pretty big family so it hits us kind of hard when that happens.”

For the second year in a row, Vlcek was able to avoid major injuries. He underwent surgery for a separated shoulder after the 2018 race. In 2017, he suffered third-degree burns and a gash that required stitches.

One of Vlcek's biggest challenges was keeping his bike in optimal condition during the race. All maintenance had to be performed by him, which cut into his sleep time.

“Taking away from your sleep is the worst thing you can do,” he said. “So I had to be really careful with that and make sure I was getting enough.”

Vlcek said he hopes next year’s race will include other countries and terrain, perhaps going into Jordan or Egypt. And he also has a goal of finishing in the top 20.

But most important, he hopes more Americans will take part in the sport. To that point, California native Ricky Brabec won the rally this year, making him the first American to do so in Dakar’s history.

“Ricky winning is a big deal for the United States,” he said. "It’s a great competition, so I’d like to see it grow here.”