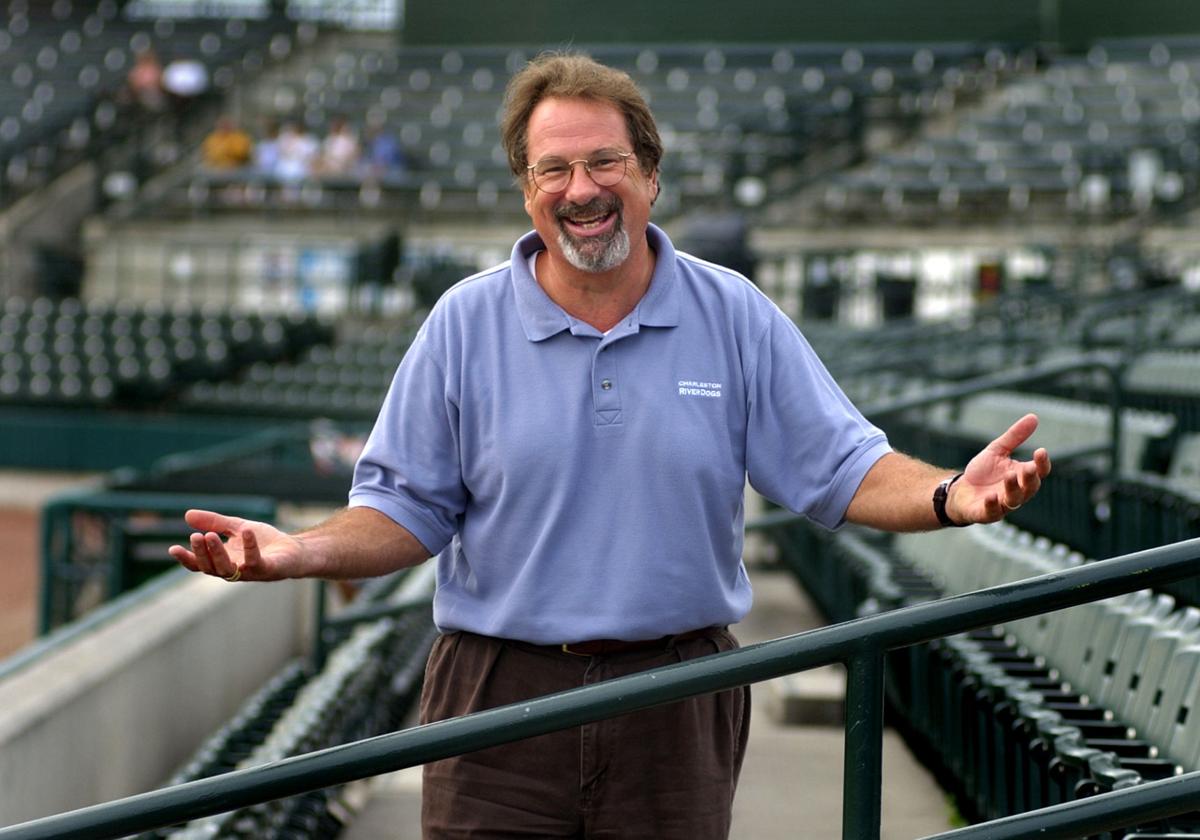 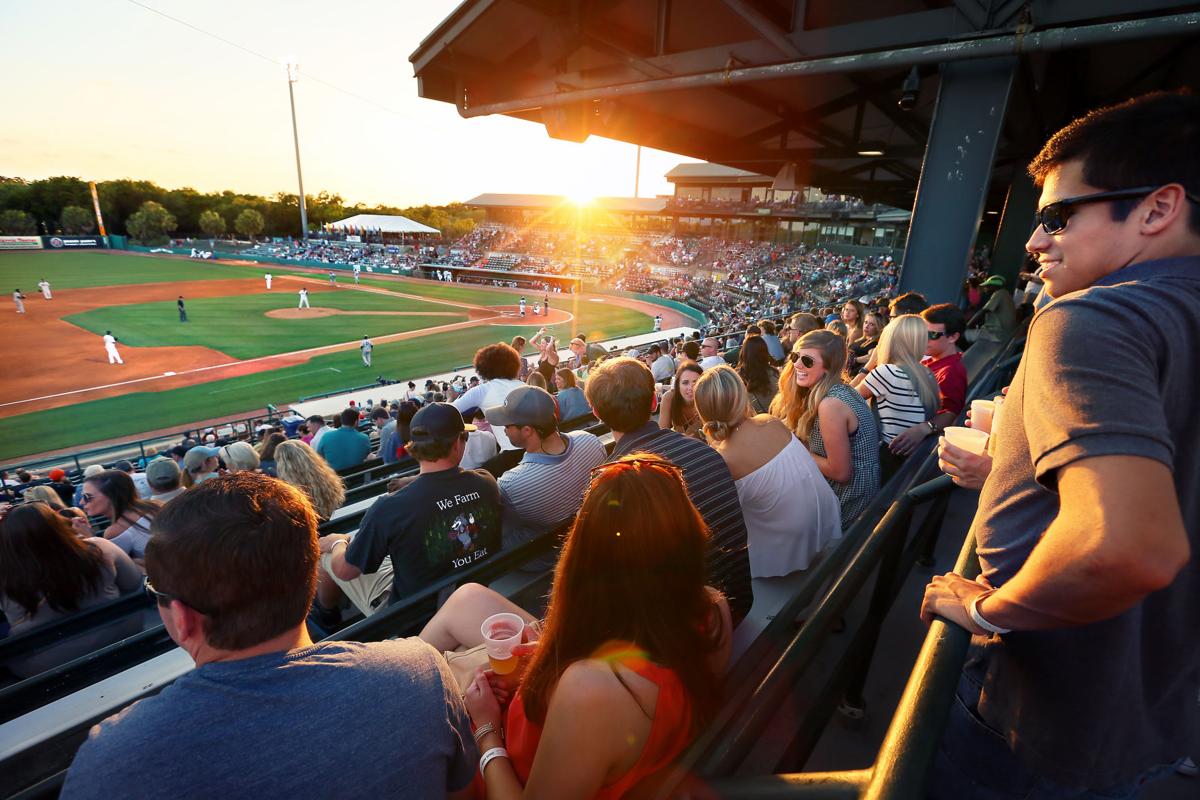 Riley Park since it opened has been the scene of many provocative Charleston RiverDogs minor league baseball promotions but none so controversial as Vasectomy Night planned for the 1997 season, the year the facility opened. Staff/File 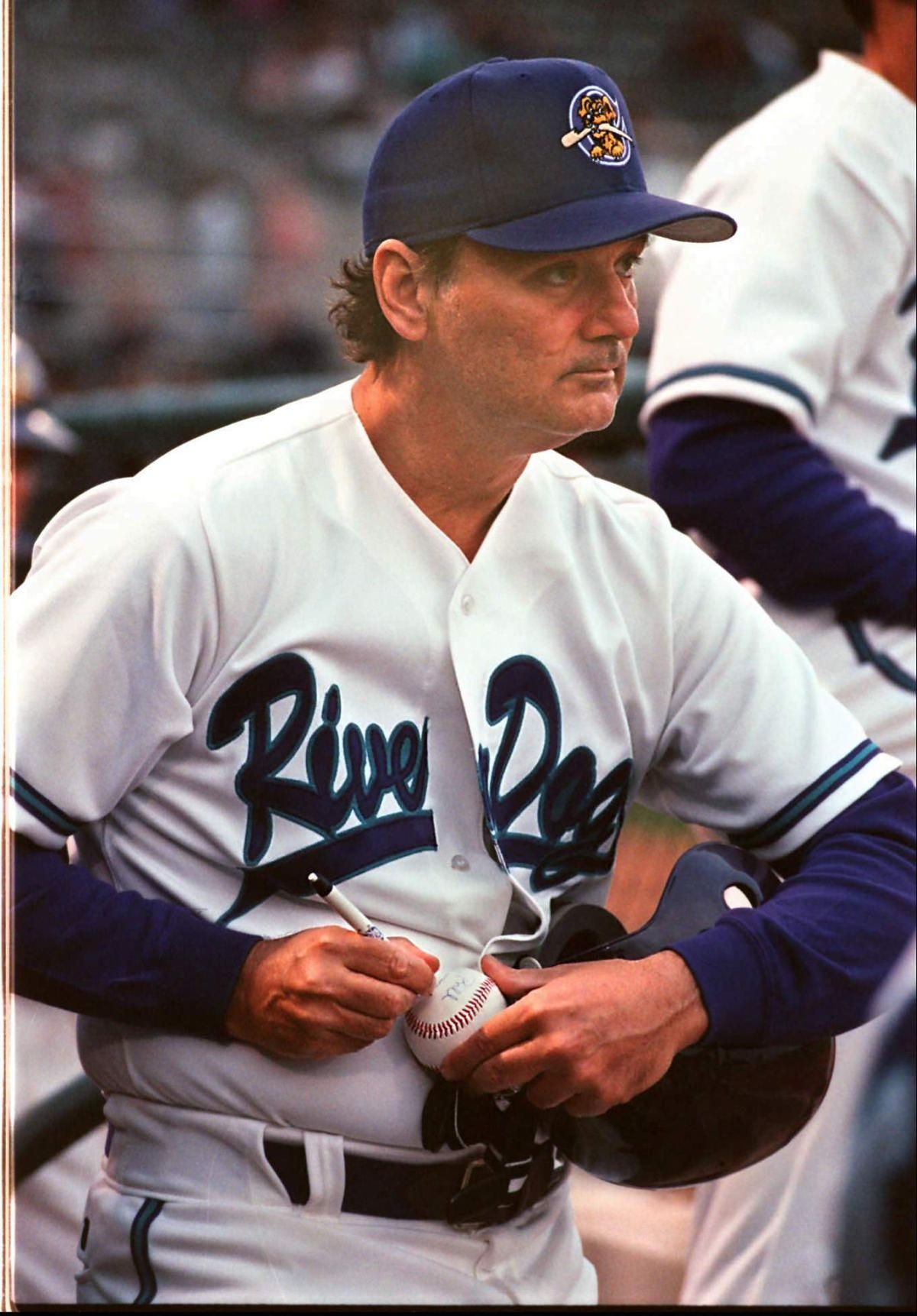 Comic actor Bill Murray, one of the Charleston RiverDogs' owners, was on hand for the home opener in 1997, a season that later included the Vasectomy Night idea. File/Staff 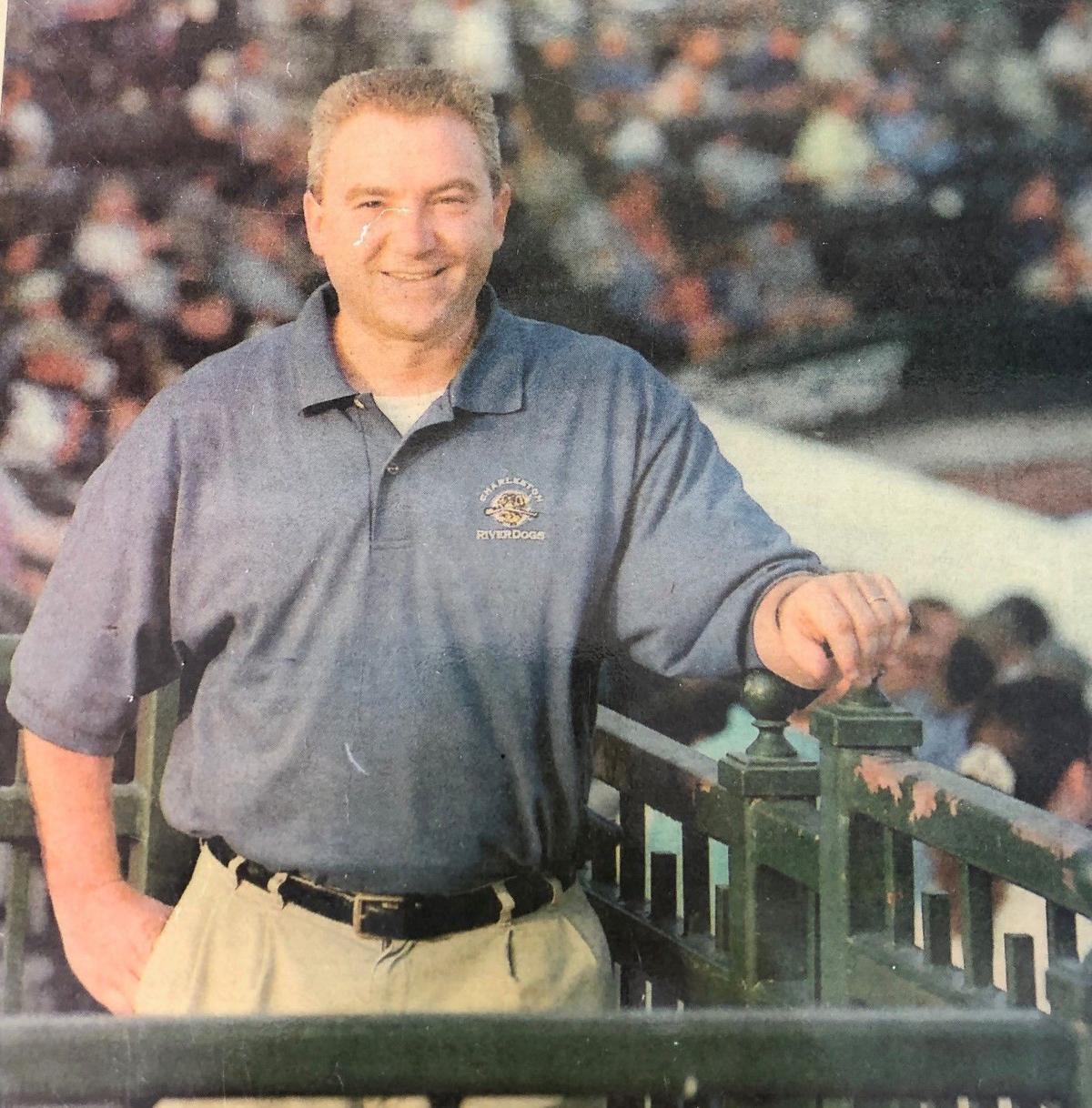 Mark Schuster, as Charleston RiverDogs general manager in 1997, fielded most of the calls from people upset about the minor league baseball team's Vasectomy Night promotion. File/Staff 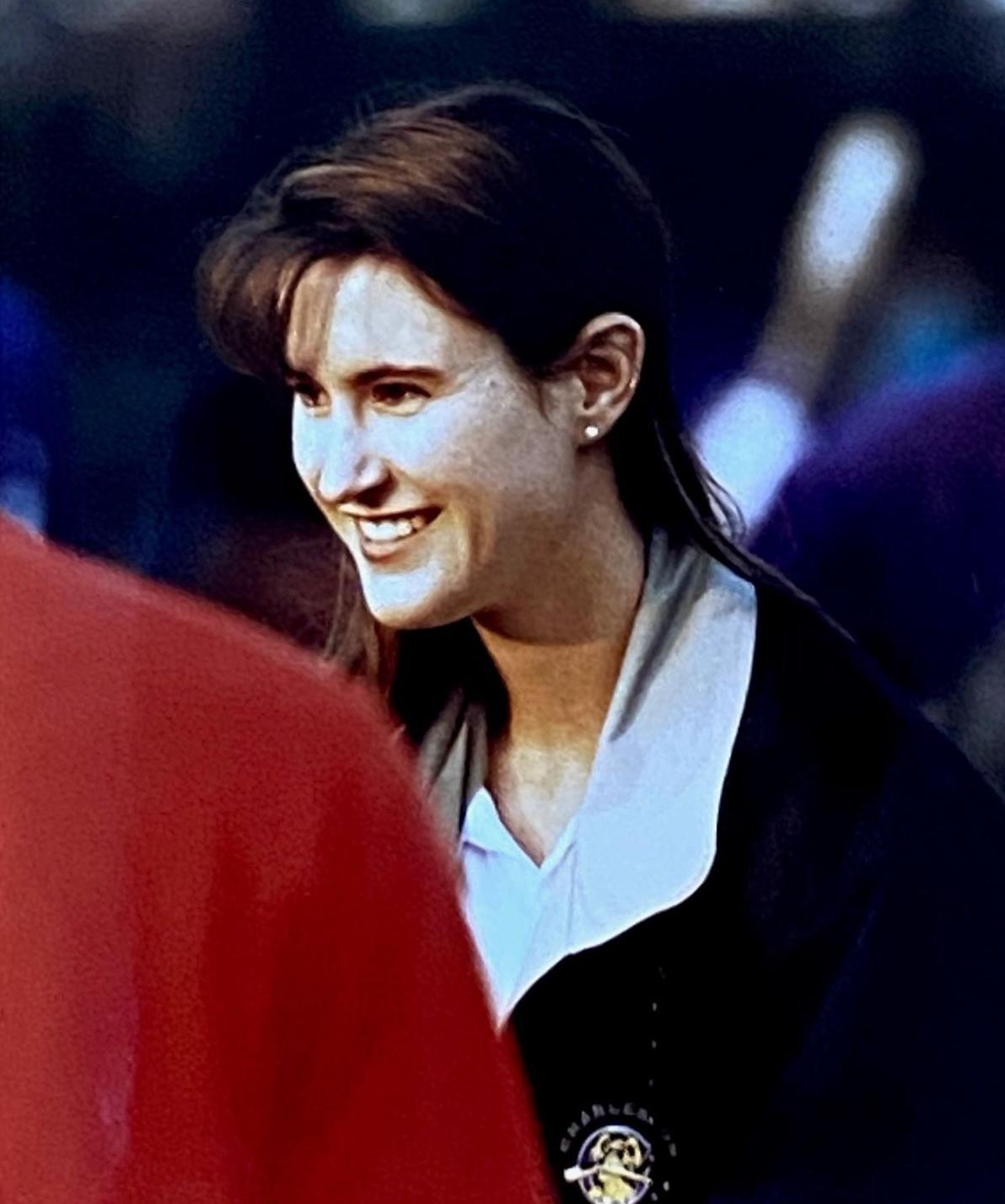 Carol Killough was a Charleston RiverDogs front office staffer in 1997 and helped come up with the idea for a Vasectomy Night promotion. Photo provided 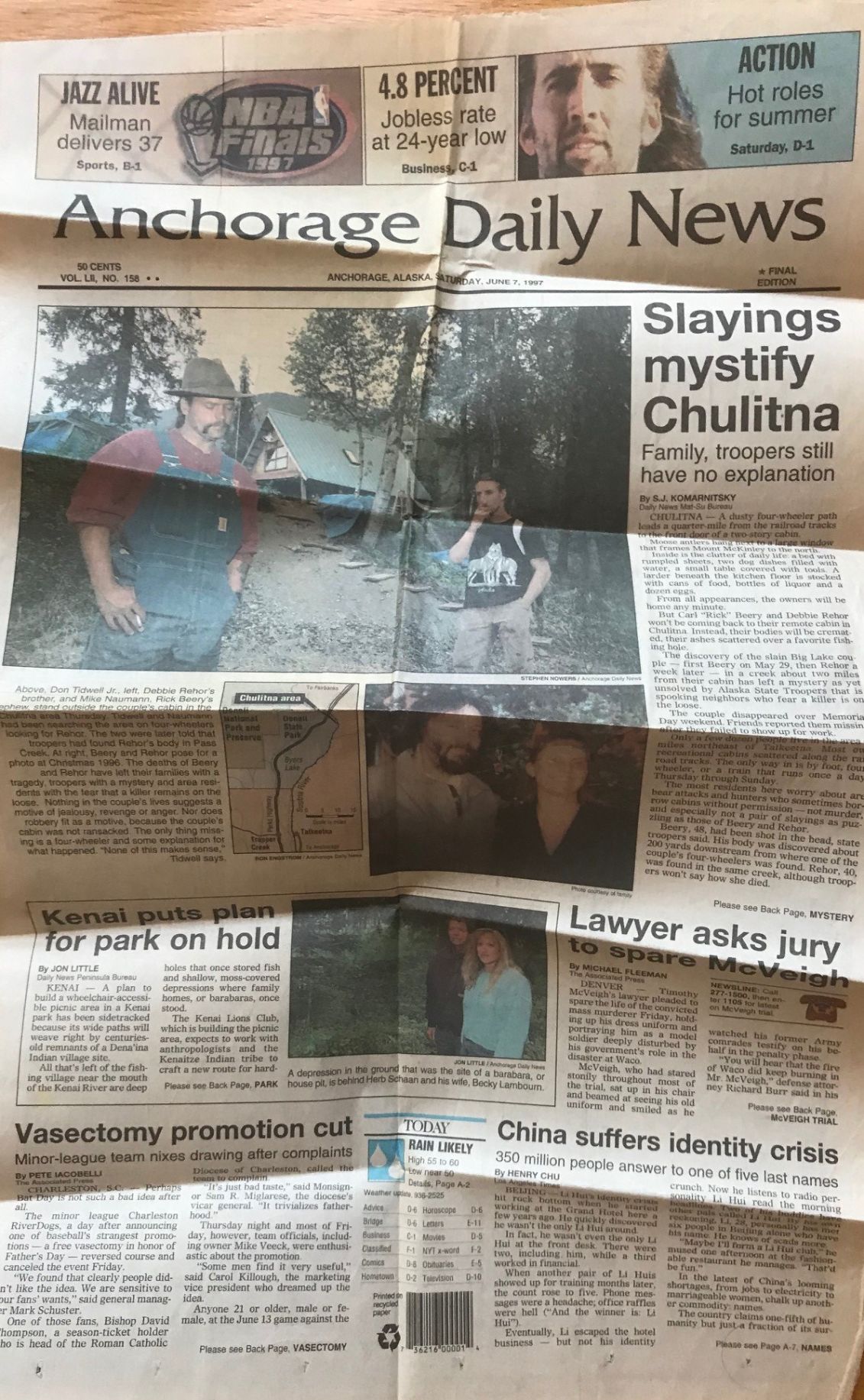 The news of Vasectomy Night, a 1997 Charleston RiverDogs promotion idea, made it as far as the front page in Anchorage, Alaska. Photo provided 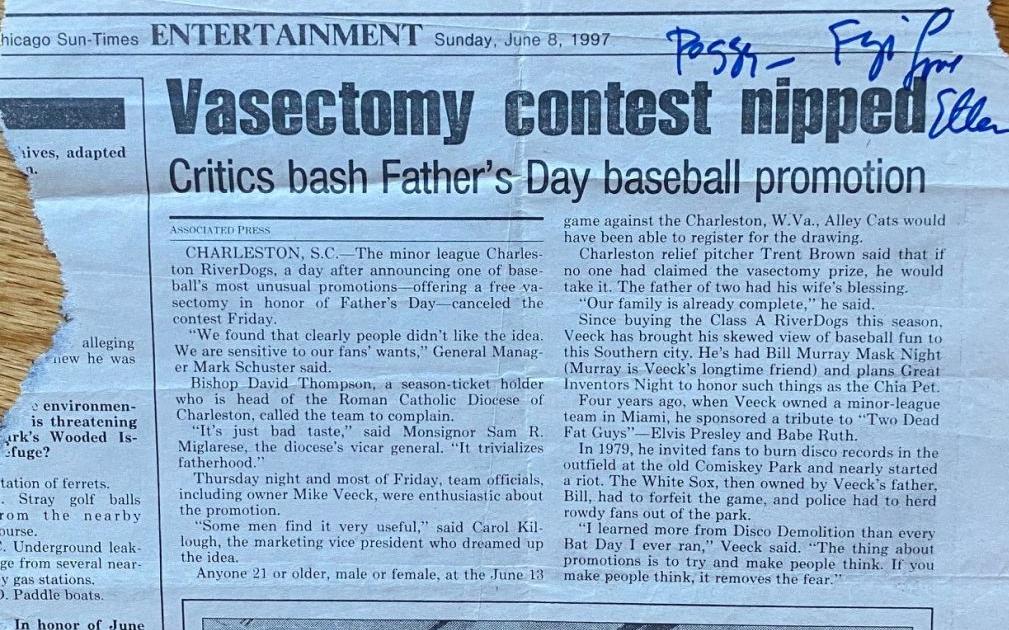 The Chicago Sun-Times weighed in on the Charleston RiverDogs' 1997 Vasectomy Night idea with a creative headline. Photo provided 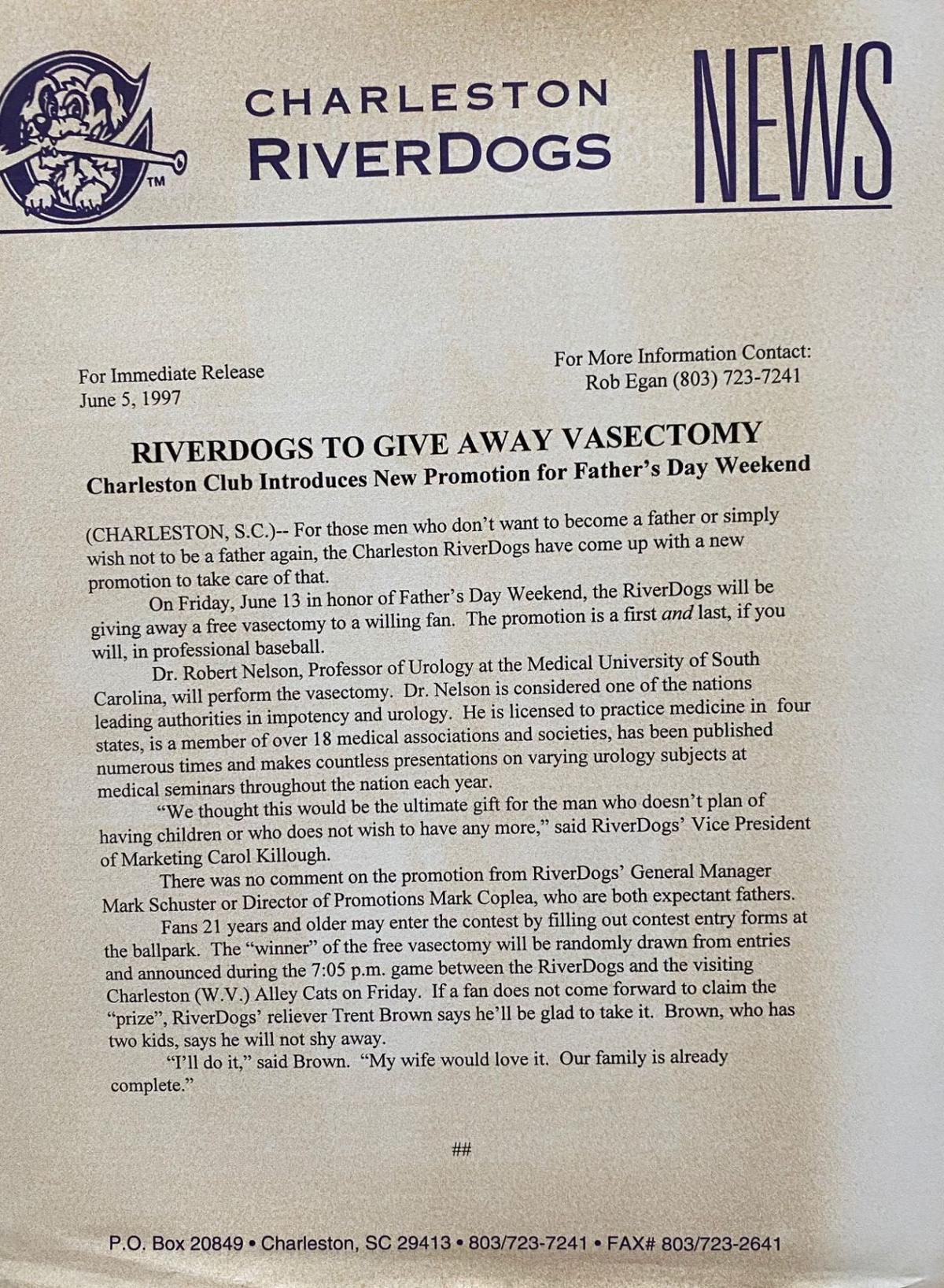 Riley Park since it opened has been the scene of many provocative Charleston RiverDogs minor league baseball promotions but none so controversial as Vasectomy Night planned for the 1997 season, the year the facility opened. Staff/File

A familiar wind blew across Riley Park that June, warm and pleasant and full of smells from the adjacent salt marsh, fresh popcorn and fresher ideas.

The 1997 minor league baseball season was the Charleston RiverDogs’ first inside a shiny new ballpark on the Ashley River. They would go on to shatter the franchise attendance record, more than doubling the 1996 total at College Park to reach 231,006.

Redneck Night was sponsored by a pawn shop.

Larry Doby, a South Carolina-born Hall of Famer, was on hand to dedicate Doby’s Deck.

And here’s what happened when Vasectomy Night didn't happen on Father’s Day as scheduled — after a firestorm of protest from the highest levels of government, sports and religion and headlines from Charleston to Alaska that made sure it would endure as one of the zaniest stunts in sports:

Veeck family baseball creativity dates to Mike’s grandfather William Veeck, who planted the outfield vines at Wrigley Field, and to his father Bill Veeck Jr., inducted into Cooperstown’s Hall of Fame for producing a Cleveland Indians’ 1948 World Series winner and innovative marketing. Mike Veeck encouraged his young RiverDogs’ staff to think far outside the baseball box, setting a tone that resulted in a promotion in which one lucky fan would win a free vasectomy. And a tone that continues.

Carol Killough, RiverDogs Vice President of Marketing: “Every week I held promotions brainstorming meetings with my staff. I’d order lunch for everyone and we’d get out of the front office away from the phones, go up to one of the sky suites and bounce ideas off each other for a couple hours.”

Mike Veeck, RiverDogs co-owner: “I always told the staff, ‘You’ve got to take chances.’ This was taking a chance.”

Carol Killough: “We had a number of objectives with promotions. Will it put “cheeks in seats”? Drive ticket sales? Will it entertain folks once they are in the ballpark? Does it make you laugh? Is it fun? Fun is Good! Is it memorable? Has it been done before?”

Scott Fletcher, RiverDogs field manager in 1997 and former Major League infielder: “I don’t think what Mike does takes away one bit from what’s happening on the field. He wants fans to have a good time. What's wrong with that?”

Carol Killough: “My marching orders were to create something that would garner national media coverage. Good coverage, bad coverage, whatever, we needed coverage. We needed The Big Idea.”

Birth of ‘The Big Idea’

The official Vasectomy Night media release, faxed to outlets early in the afternoon on June 5, 1997, was headlined “RiverDogs to Give Away Vasectomy.” One willing fan, “who doesn’t plan on having children or who does not wish to have any more” was to win a free surgery to be performed by an MUSC urologist. The winner would be drawn from entry forms filled out by interested males entering Riley Park for a Friday night Father’s Day weekend game against the Charleston (W. Va.) Alley Cats.

Rob Egan, RiverDogs radio play-by-play voice: “It was definitely off the wall, but then many of the ideas we’d throw around were, so I wasn’t shocked by any means. As to Father’s Day, we knew this would generate some buzz and laughs. It wasn’t like giving away a lawn tractor or BBQ grill.”

Carol Killough: "It wasn't just my idea. It was a team effort."

Trent Brown, 21-year-old RiverDogs pitcher and a father of two: “I’ll do it. My wife would love it. Our family is already complete.”

Mark Schuster, RiverDogs General Manager: “When Carol first presented the idea I honestly thought it was funny and completely supported her.”

Mike Veeck: “When Carol told me about Vasectomy Night, I was not crazy about it. I knew we would get lambasted. So I was in this bizarre position. Because I definitely encouraged taking chances.”

And it wasn’t the last: OJ Trial Night, set for the 2020 season, was canceled after an outcry from people who didn’t appreciate the orange juice competition joke and deplored the connection to murders tied to O.J. Simpson. But Vasectomy Night didn’t even last a few hours. “Just bad taste,” Sam Miglarese, vicar general of the Roman Catholic Diocese of Charleston, said that day.

Warren Peper, sports director at WCSC-TV in 1997: “I received the Vasectomy Night fax one afternoon in the sports office. I immediately picked up the phone to call the RiverDogs. I spoke with their PR office and asked if they had really thought this through.”

Mark Schuster: “I distinctly remember about 30 seconds after sending out the fax our entire phone system lit up with red incoming lines.”

Rob Egan: “We didn’t anticipate the negative reaction, though we probably should have. Being in the South and in the Bible Belt and the promotion went against conservative and faith-based values held by many. I can tell you that none of us meant to offend anybody, especially fathers. We definitely viewed this as a tongue-in-cheek type of promotion.”

Mark Schuster: “It is probably the shortest promotion in minor league history because we canceled it within minutes of announcing it.”

Sam Miglarese: “What? Really? On Father’s Day of all days? I liked my comment then and now: ‘The promotion trivializes fatherhood.’”

Carol Killough: “This is the Holy City, after all.”

Mike Veeck: “Yeah, there were a lot of calls. But, for me, it got serious when Mayor (Joseph P.) Riley called.”

Reaction to the reaction

Mike Veeck was battle-tested: As a young marketing staffer working for his father’s Chicago White Sox in 1979, Veeck presided over Disco Demolition Night. That resulted in a White Sox forfeit and Mike Veeck’s near banishment from baseball. Veeck, and other RiverDogs personnel, were more sanguine this time.

Mike Veeck: “I crawled out of my hole and was forced back into the burrow.”

Carol Killough: “We were the joke for every morning show in the country as they poked fun at the ridiculous antics of the Charleston RiverDogs, the minor league baseball team in Charleston, S.C.”

Mike Veeck: “My favorite headline was the one from Chicago (the Sun-Times): ‘Vasectomy contest nipped.’”

Carol Killough: “Once the story hit the AP wire I had calls from all over the nation. Newspapers from every market, national radio shows. It was absolutely crazy for a few days.”

Carol Killough handles marketing for the Barnwell Whaley law firm and lives on Sullivan’s Island with her husband and two college-aged sons.

Sam Miglarese is Deputy Chief Administrator to the Vice President for Durham and Community Affairs at Duke University.

Joe Riley stepped down as Charleston mayor in 2016 after 10 terms in office dating to 1975.

Mark Schuster, after going on to build a new independent league and stadiums in Texas, is Managing Partner of Ventura Sports Group, started a hemp company after seeing how CBD oil helped with his wife's cancer recovery and lives with his wife and two children in Mount Pleasant.

Warren Peper, among other things, is a sought-after public speaker and writes a column for The Post and Courier.

Rob Egan is general manager of the triple-A Charlotte Knights.

They don’t all agree on the legacy of Vasectomy Night.

Rob Egan: “I’ve been a part of some pretty crazy promotions over the years, but this one is still at the top of that list.”

Former Charleston Mayor Joe Riley: “I would rate Vasectomy Night as the least successful (RiverDogs) promotion. Of their so many wonderful, fun, successful promotions, it is hard to rank them. Silent Night (no cheering allowed), Nobody Night (no fans allowed for the first 5½ innings). Promotions like bring your dog to the game, which encourage families to go out on a regular Sunday afternoon, were a lot of fun and very successful. There are many more examples. Mike Veeck and his team are among the nicest, most creative people I have known. They bring smiles and laughter to countless thousands of baseball fans. Because of them, going to a RiverDogs game is about so much more than baseball. It’s a fun and memorable experience.”

Mike Veeck: “It was canceled; that’s the legacy. But you do have to try things. And this is an important lesson: Take responsibility.”

J.J. Cooper, Executive Editor, Baseball America: “Nowadays, I can think of a number of times where teams have announced a promotion, realized it went too far and quickly backed away. But I'm pretty confident that Vasectomy Night is the ‘Citizen Kane’ of over-the-line Minor League Baseball promotions. Every ‘maybe-we-shouldn’t-do-that’ promotion that has come since owes a debt to Vasectomy Night. It was the original. It was the one that showed that the only way to discover where the line is is to sometimes go over the line.”

Carol Killough: “The legacy of Vasectomy Night is in the way it speaks to other sports promotions departments throughout the country, even now, decades later. That it’s OK to step out of the box, sometimes way out of the box, and take a chance on an idea every now and then. If the promotion completely bombs, fall on your sword, lick your wounds and move on.”

Sam Miglarese: “It strikes me that a vasectomy is a personal decision not meant to be made fun of on a Vasectomy Night.”

Mark Schuster: “I still look back at it with smiles; I don’t look back with anything other than that. We are in the business of entertaining and we all tried to just be a part of that.”