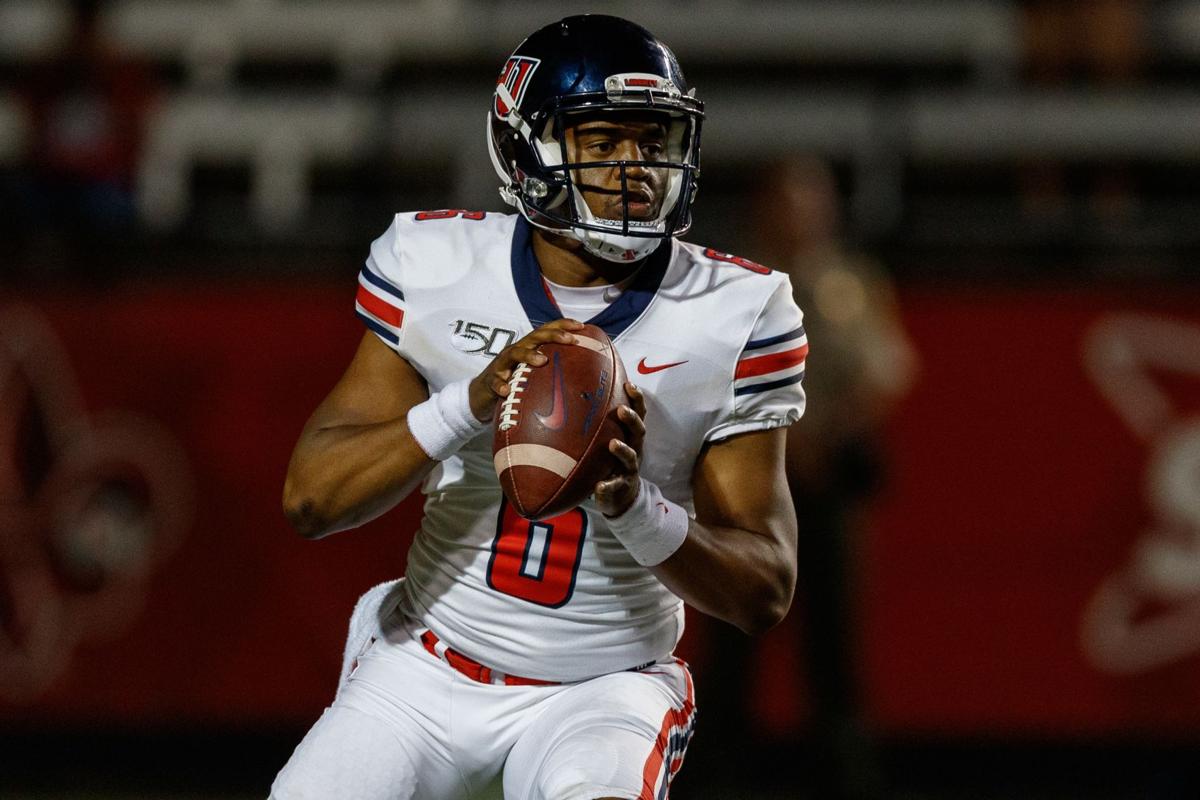 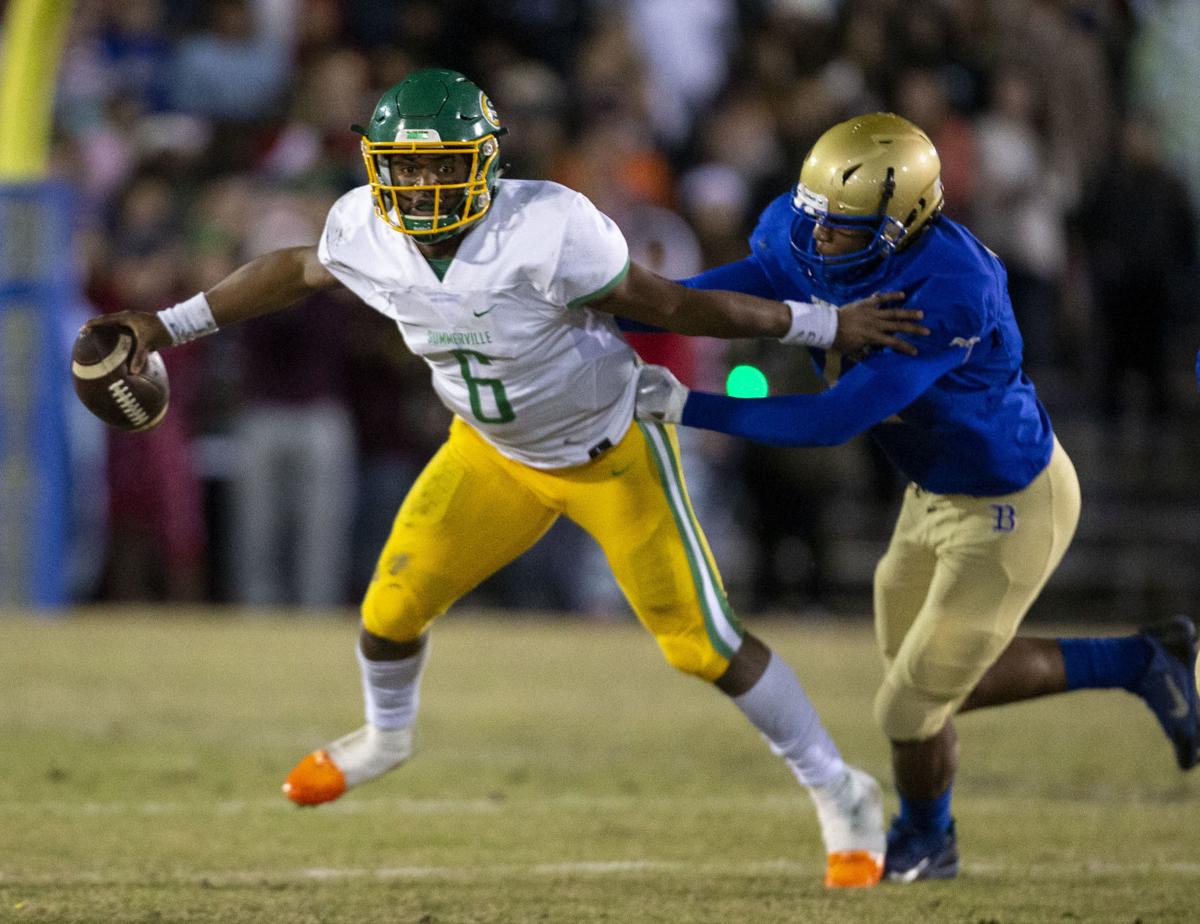 Summerville's Johnathan Bennett was The Post and Courier's co-Player of the Year his senior season with the Green Wave. Andrew J. Whitaker/Staff 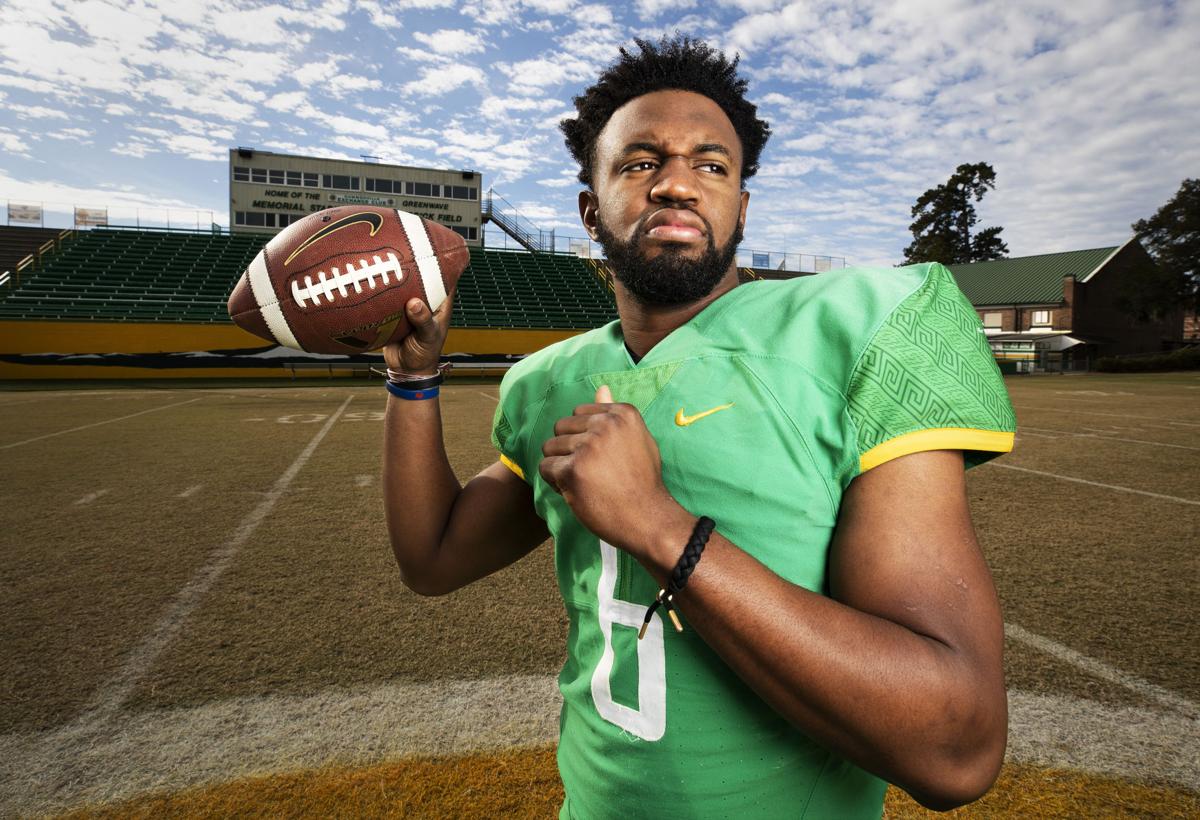 Summerville's Johnathan Bennett was The Post and Courier's co-Player of the Year his senior season with the Green Wave. Andrew J. Whitaker/Staff

Like a lot of college football players across the country, Liberty University freshman quarterback Johnathan Bennett is trying to find new and unique ways to stay in shape during the coronavirus pandemic.

The former Summerville High School star has started  spending most of his afternoons at Gregg Middle School with former Green Wave wide receiver Andre Banks, who played this past season at Newberry.

The duo will go through an extensive regime of conditioning drills and then run pass routes for about an hour. While Bennett and Banks try to make the workout as intense as possible, it’s not like being on their respective campuses working with their strength and conditioning coaches.

With local gyms essentially shut down because of COVID-19, the athletes haven't lifted weights in weeks.

“We’re doing the best we can to stay in shape,” said Bennett, who played in two games for the Flames before suffering a season-ending knee in mid-September. “It’s hard to stay in shape without those workouts with your teammates. Unless you know someone with a home gym or something, lifting is out of the question. I’m doing as many sit-ups and push-ups as I can.”

While most college campuses across the country have closed because of the coronavirus, Liberty University welcomed back its students last week after spring break, which ended on March 23. The move brought a firestorm of criticism to the school and it’s president, Jerry Falwell, Jr. The vast majority of classes have been moved online, but the university has stated in-person instruction is  necessary for a few select courses.

On Monday, Virginia governor Ralph Northam ordered all higher education institutions in the state to stop any in-person instruction.

City officials in Lynchburg, Va., home of Liberty University, and the top local public health official have said they've been fielding complaints from concerned residents and Liberty parents about the school's response. The city currently has four confirmed COVID-19 cases, according to the latest information available from the state Department of Health.

Liberty football coach Hugh Freeze said there are 22 football players in the area, but almost all of them are living off-campus.

Bennett decided to remain in Summerville after spring break. Bennett said the controversy surrounding Falwell and the school is overblown.

“We got an email during spring break that said students could come back to campus if they wanted,” Bennett said. “I had a friend who lives in New York with his grandparents and I know he came back because he thought it was safer for him and for his grandparents to return to campus instead of being at home. He thought the risk of having his grandparents getting sick was too great. To me, that makes sense, I understand why he came back.”

Normally, Liberty has about 15,000 students living on-campus, but has less than 1,000 now, according to school officials.

Bennett played in two games this past season, completing two passes, as the Flames' backup quarterback before rupturing the patella tendon in his left leg while celebrating a touchdown on the sideline.

“It was one of those freak injuries. I was excited for a teammate,” Bennett said. “I’m back, 100 percent, it didn’t effect my cutting or my speed. I’m looking forward to the summer and getting back to playing football.”

Bennett is optimistic there will be football in the fall.

“Hopefully we get to play, but obviously not having football in the fall is a possibility,” Bennett said. “This is a serious thing and everyone has to take it seriously. If they cancel the season, I’m sure it will be for the best to keep everyone safe and I’ll understand it. Right now, I’m not worried about that. I’m focusing on getting better and staying in shape.”

(The Associated Press contributed to this story)