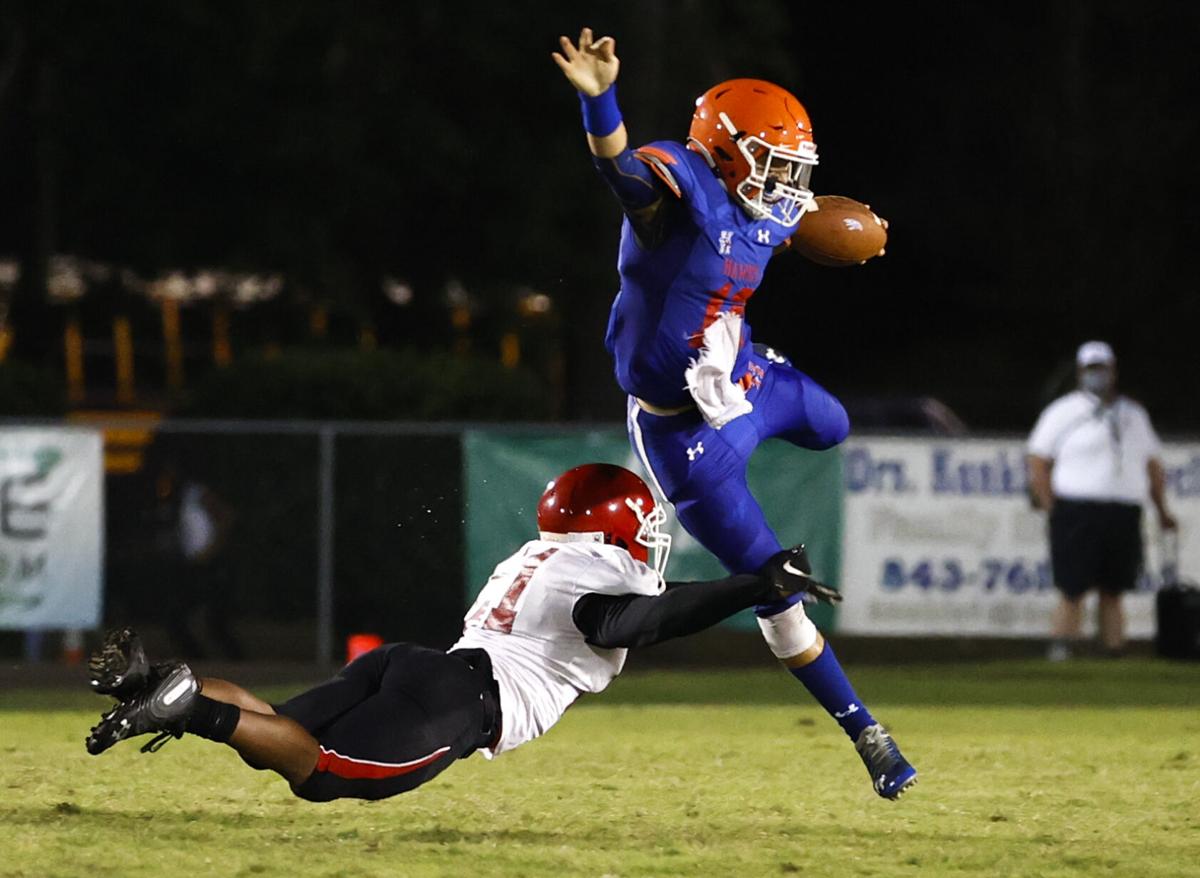 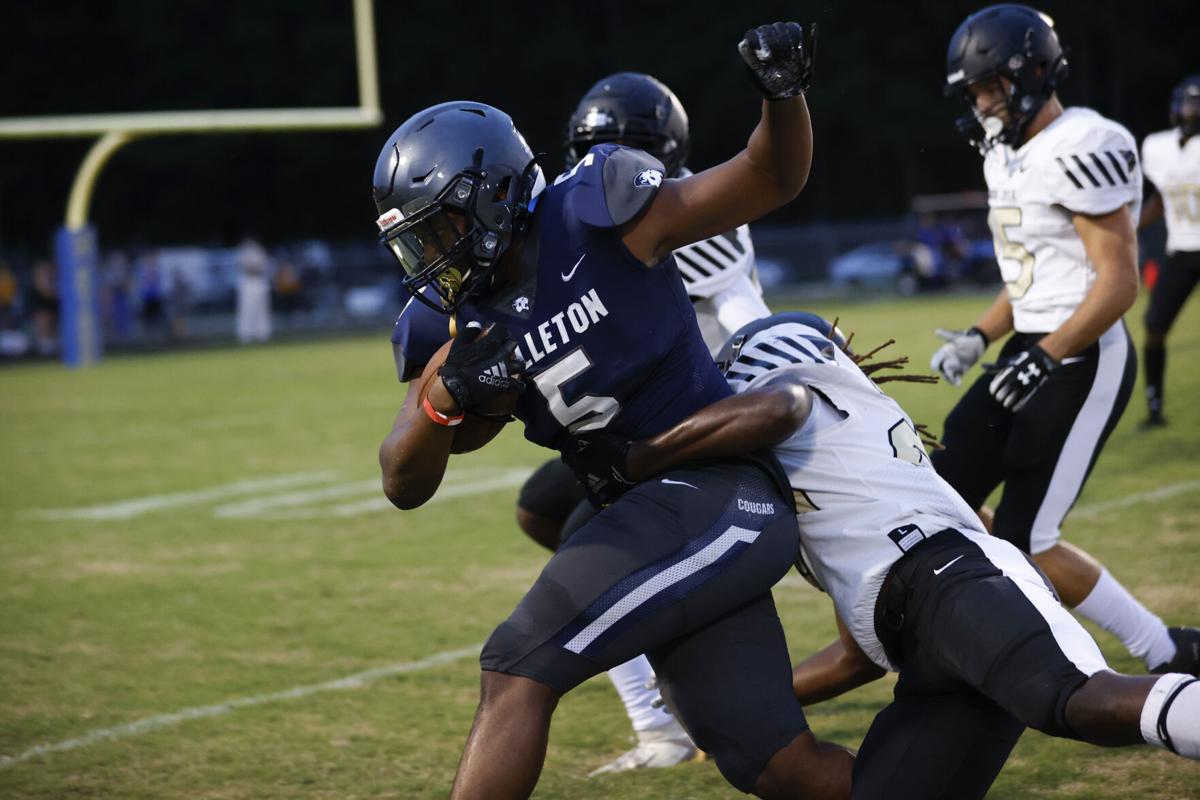 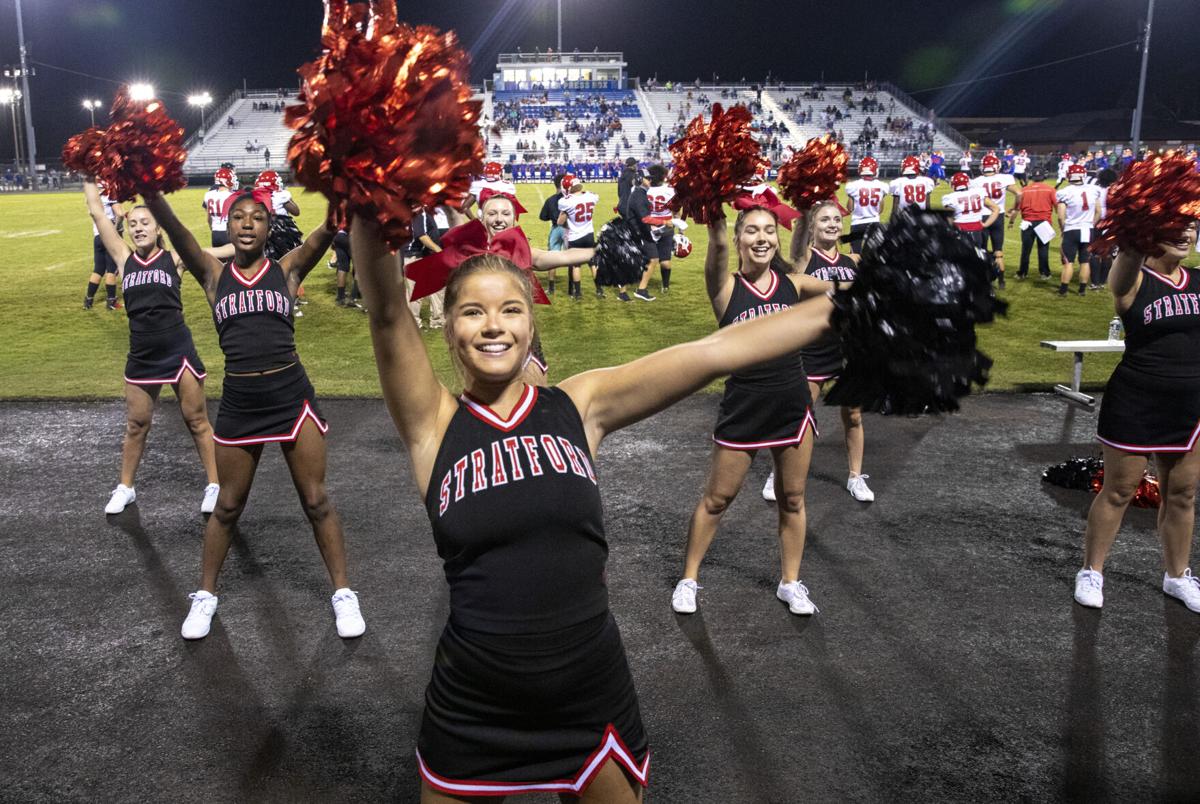 MONCKS CORNER - Except for a couple of passing light rain showers, the biggest Lowcountry high school sporting event in months, the third annual Lions Club of Moncks Corner football jamboree, went off without a hitch on Friday night at Berkeley High School.

Eight local teams took part in scrimmage action, some under the lights and in front of a crowd for the first time this season. All eight schools are part of the S.C. High School League, which opens its regular season next Friday night. SCISA schools began play three weeks ago.

Due to the COVID-19 pandemic, which ended the spring high school sports season in March, there was speculation about this year’s jamboree not being played. However, once the high school league opened up football activities and set a start date for regular season games, there was no hesitation about having this year’s jamboree, even while other venues around the state cancelled their jamborees.

“It was something we really felt would be important to do once it became apparent that we would have a season,” said Lane Wofford, chairman of the event. “We met with district officials and they supported us having it, as long as we did so under the safety protocols. The coaches were all for us playing and have been great about making sure everything was done by the book.”

At no point did the stadium reach 2,000 fans at one time, thanks to two passing rain showers and most fans leaving once their teams played. Tickets were sold and a counter was available to count people as they left the venue, allowing for that number of tickets to be resold.

“Our kids need this,” Berkeley coach Randy Robinson said. “I’m a glass half full with this. We did a walkthrough today, and our kids were so excited to have real football again. We pray every day that they stay safe and we get through this season, but these kids need this opportunity to have a season.”

“Gosh, these kids have been through so much adversity, so much with sports, with going back to school and everything surrounding that,” he said. “For these players, this adversity is building character. They have a bigger appreciation for their opportunity to play football because for a long time no one believed we would have football this season.”

The jamboree consisted of four scrimmages of two quarters each. In the opener, Cane Bay defeated Philip Simmons 14-0 on the strength of touchdown runs of 35 and 1-yard by first-year starting quarterback Javion Johnson.

Goose Creek and Colleton County battled to a 14-14 tie. Highlighting the contest were 70-yard touchdown passes by each team on consecutive plays. Colleton County quarterback Narone Holmes accounted for both of the Cougars’ scores, a 16-yard run and the 70-yard pass connection with Jordyn Simmons.

Stratford beat Hanahan 13-7 as quarterback Josh Davis scored on a 2-yard run with less than 10 seconds remaining in the second quarter. Stratford also got a 2-yard run by Jaedon Alston, while Hanahan’s touchdown was a run by freshman Kevon Rivera.

In the nightcap, Andrews and Berkeley played to a scoreless tie.