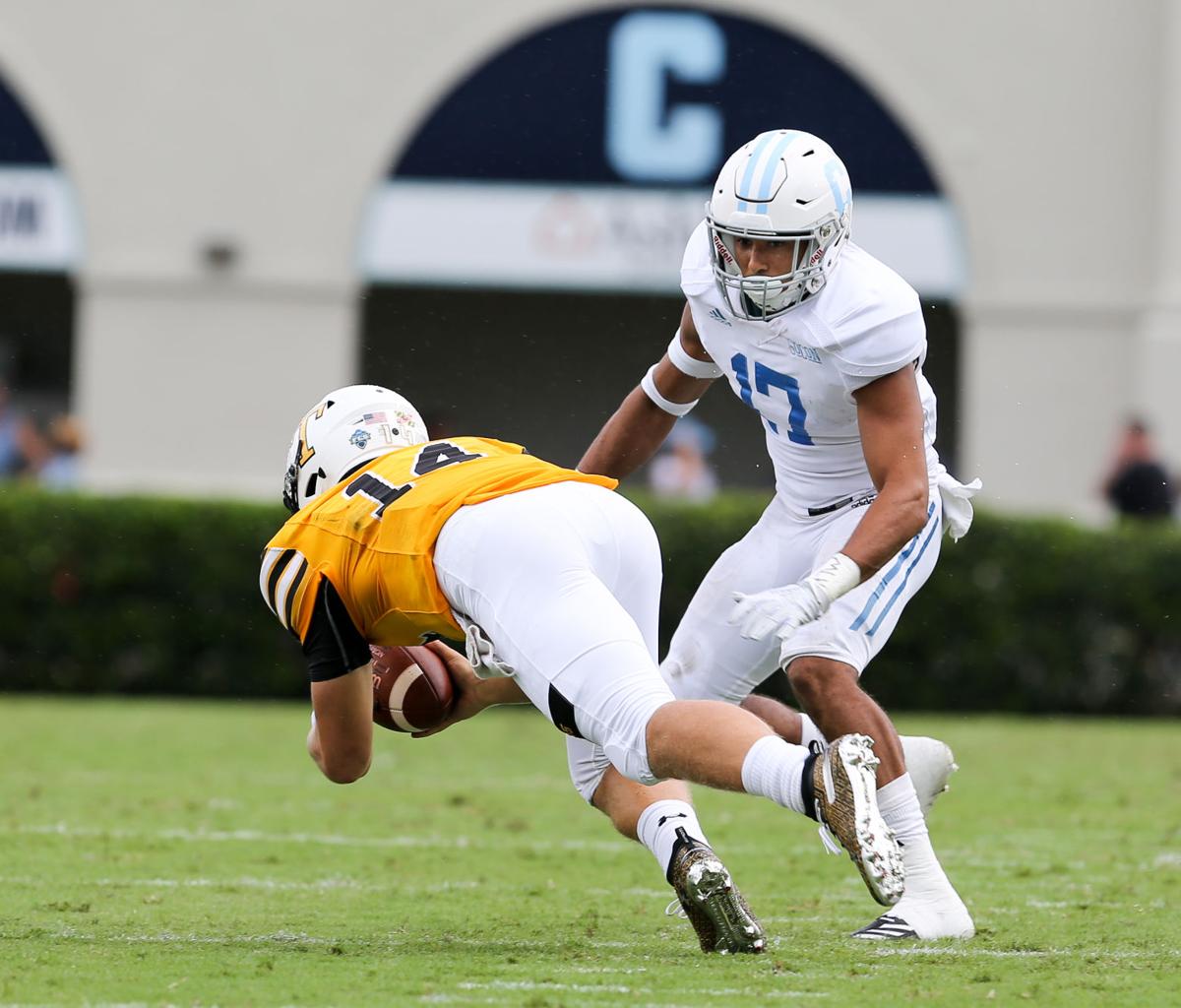 Citadel safety Chris Beverly is second on the team in tackles. Provided/Citadel Athletics 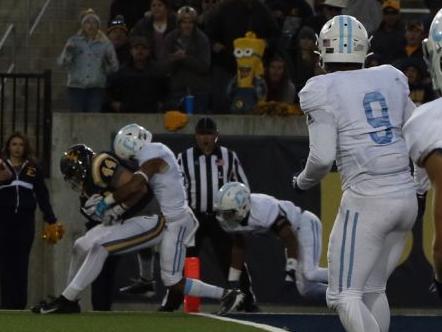 Citadel safety Chris Beverly glanced at the East Tennessee State quarterback and had a hunch.

ETSU, facing fourth-and-goal at The Citadel's 6-yard line with less than two minutes to play, needed a touchdown to win.

The Bulldogs needed a stop to keep alive their Southern Conference championship and FCS playoff dreams.

Beverly lined up just inside the goal line and studied the Bucs' formation.

"They had a tight end to my side on the boundary and trips (three receivers) to the field," said Beverly, a 5-10, 181-pound sophomore. "Earlier in the game, they had tried to get that matchup with the tight end against (cornerback) Phil Barrett.

Jeff's Take: Yes, Citadel fans, you can root for Wofford. Just this once.

"I had a call where I could just read the quarterback's eyes or fit a gap if a gap shows to me," he said. "I saw the quarterback trying not to look over to my side. But right before the snap, he glanced over one time."

In that split second, Beverly made a decision. Years of backyard football with his brothers and cousins, hundreds of practices and drills, hours of film study came together in one moment.

"I told myself, I'm just going to sit here and force him to throw it over here," Beverly said. "And once he did, I took off and made the play."

ETSU quarterback Trey Mitchell took the bait, grabbing a shotgun snap and turning to his left to throw to tight end Nate Adkins. He caught the ball at the 1-yard line as Barrett slipped to the turf in the end zone.

Racing over from his safety spot, Beverly stood up the 6-3, 226-pound Adkins at the 1 and held the bigger player out of the end zone. Barrett scrambled to his feet and helped make the tackle along with linebacker Airan Reed, preserving The Citadel's 31-27 lead with just 94 seconds left in the game.

Beverly's clutch tackle was The Citadel's play of the year so far, keeping viable the Bulldogs' shot at a third SoCon title in five years, and at an FCS playoff bid.

It's no surprise that it was Beverly, the Bulldogs' second-leading tackler this season, who came up big in a huge moment. Those kind of football instincts are why The Citadel recruited him out of Wakulla High School in Tallahassee, Fla., in the first place.

"And that's why we went hard after Chris."

Beverly, a basketball and football standout at Wakulla, first attracted the attention of Citadel offensive coordinator Lou Conte as a potential quarterback. But Beverly, the youngest of three brothers, made it clear he wanted to play defense.

"Growing up the youngest brother and always getting pushed around and stuff, it carries over and that's what made me more aggressive," he said. "I just like contact."

Beverly played at Wakulla with Florida quarterback Felipe Franks and Florida State receiver Keith Gavin, and had offers from Florida Atlantic, Alabama-Birmingham and Kennesaw State. But his relationship with Conte and a trip to The Citadel sealed his commitment to the military school. Beverly started nine games as a freshman and finished fourth on the team in tackles, and he has only gotten better this season.

"He's got a sense of where things are going to go, and is a ball-hawking kind of guy," Thompson said. "He always seems to be in the right spot."

THE CITADEL AT CHATTANOOGA