S.C. High School League teams have made it through some fall sports already, and the football playoffs are rapidly approaching even during the coronavirus pandemic.

SCHSL commissioner Jerome Singleton says he counts that as a "win," but warns that the winter sports of basketball and wrestling will be even more difficult to pull off safely.

"Absolutely, they will be," Singleton said recently. "One reason is the rise in the pandemic, and another is that winter sports are during flu season.

"And the third is that we are in an indoor environment in the winter. In wrestling and even in basketball, there is more opportunity for a period of time of close contact. All of those things speak to spreading the virus, so we have to do all we can to be prepared for that."

Wrestling is classified as a "high-risk" sport by the National Federation of State High School Associations, with basketball a "moderate risk" sport.

Last week, the SCHSL committee approved guidelines for return to play of winter sports, and scheduling will be an important consideration, Singleton said.

"We are inside, so the virus has an opportunity to spread more quickly and more violently," he said. "We want to mitigate that, and we need to be very conscious about the games we play and how often we play. Football has been easier, but in volleyball we had a lot of challenges, and one of them was the multiple contests they tried to play during a week.

Singleton stressed that ventilation in high school gyms will be an issue.

• Two days between contests for basketball and wrestling, and playoffs will be cut from five rounds to four.

• A closed season for spring sports. That means, for example, a baseball team can't use the 20 days for practice it would normally get in December and January to prepare for its spring season.

• COVID-19 testing once a month for wrestling and basketball players is recommended, but not required.

Singleton said that so far this football season, about 90 percent of scheduled contests have been played.

Meanwhile, the High School League is still working on securing venues for the state championship football games, set for Dec. 4-5, and the competitive cheer finals in mid-December.

The football state championships are usually held at South Carolina’s Williams-Brice Stadium for Class AAA, AAAA and AAAAA, and Benedict College in Columbia for Class A and AA. Cheerleading finals are usually at USC’s Colonial Life Arena.

The USC venues are not available this year, but Benedict College might be.

"We want to go with two venues, and we are in negotiations with a couple of places right now," he said. "I hope we can share that by the first part of next week." 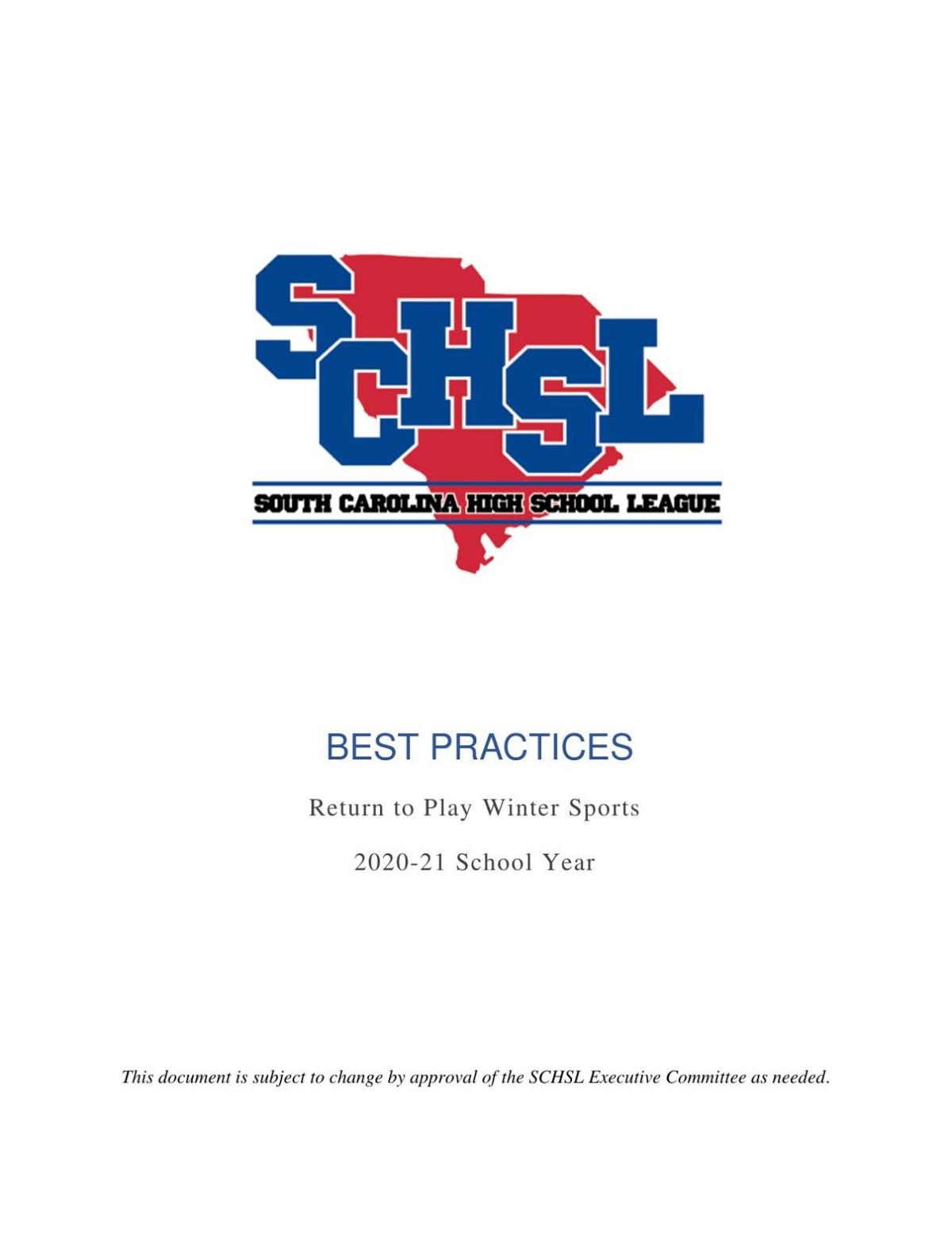