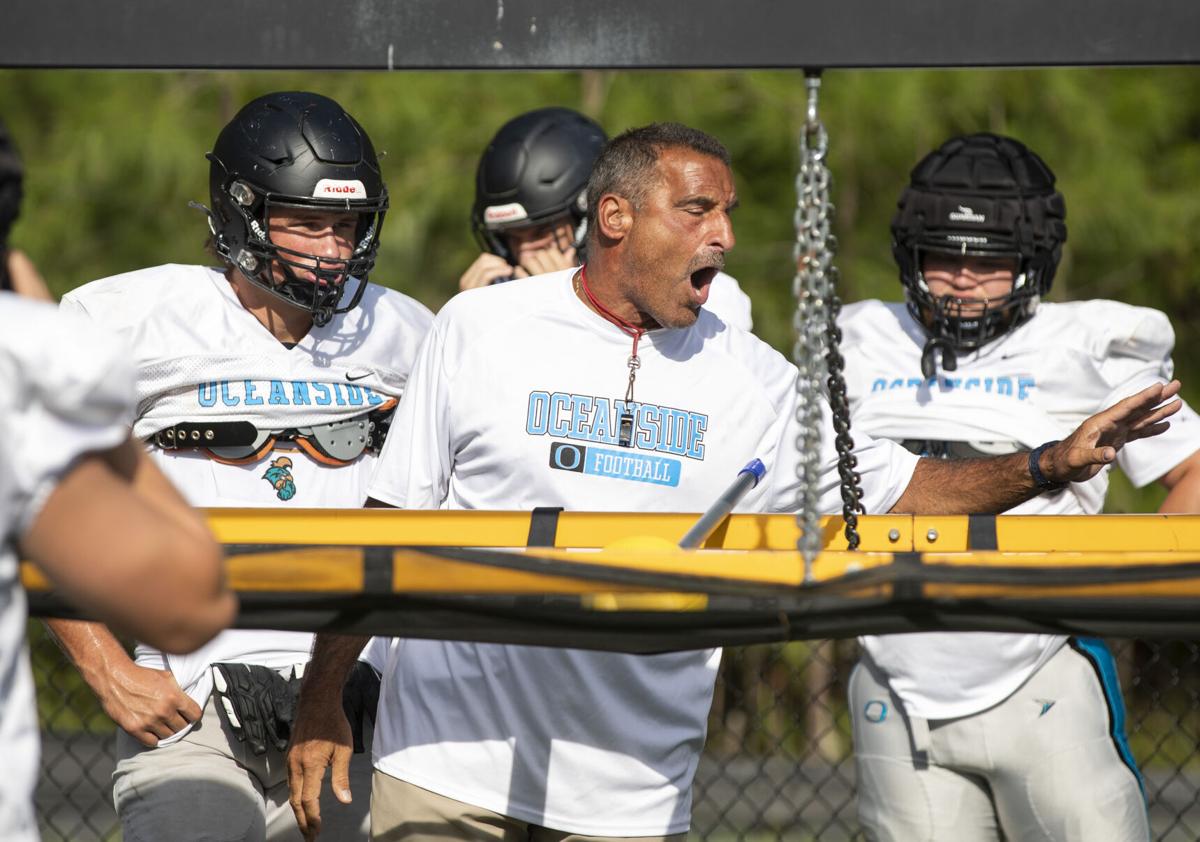 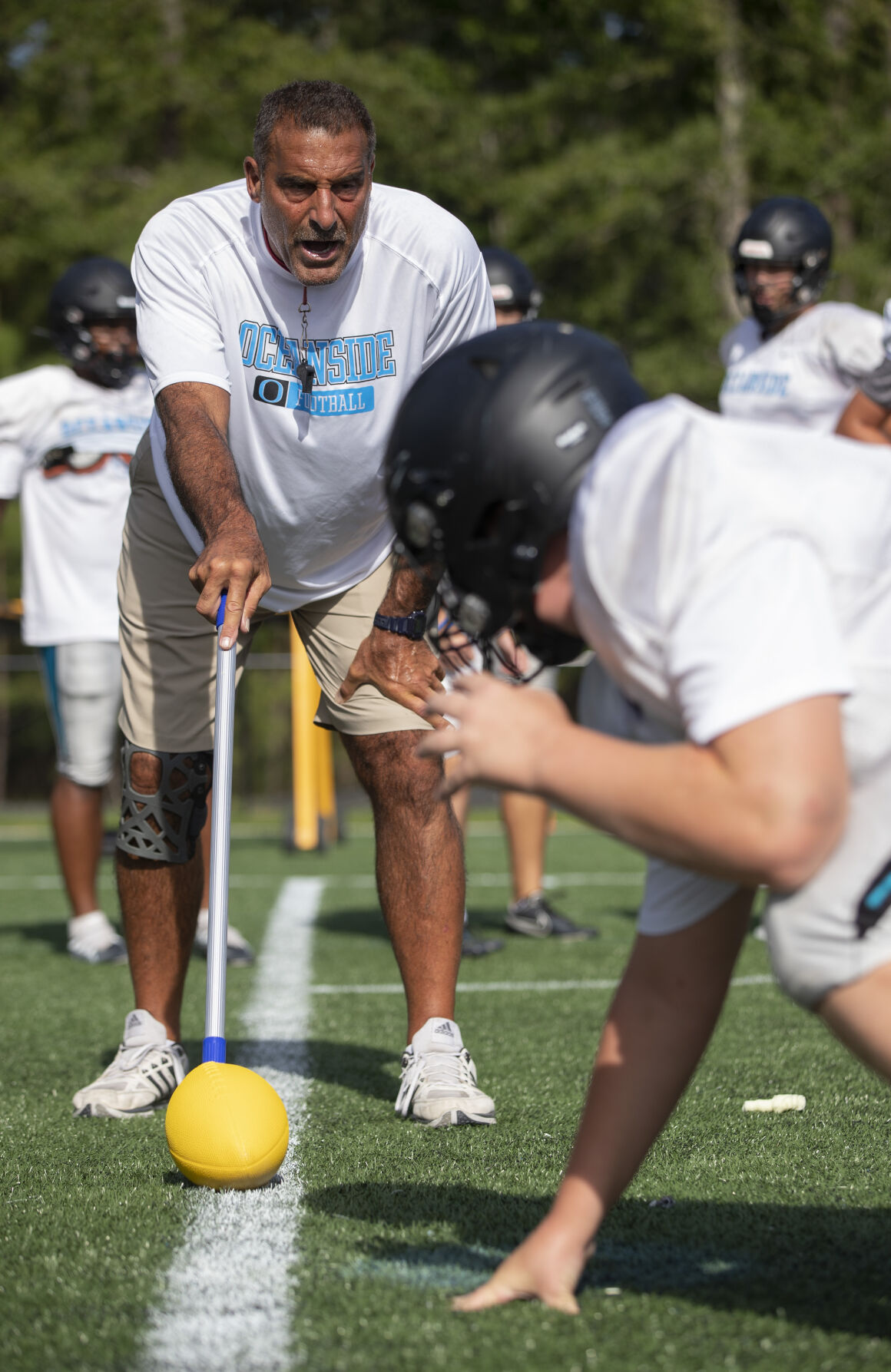 MOUNT PLEASANT — The clock strikes 12:01 a.m. to the sounds of shrilling whistles, pounding feet and audible grunts as the Oceanside Landsharks kick off a midnight practice to open preparation for their 2022 football season.

With assistant coach David Sollazzo keeping watch over the well-orchestrated operation, the defensive line, clad in matte black helmets with matching black practice jerseys, unleashes another round of fury on a weathered blocking sled.

“Stay low to maintain leverage and momentum” the coach tells his players.

Oceanside is ranked No. 2 in Class AA in this week's statewide poll, and definitely has early momentum as the Landsharks opened the season last week with a 48-20 drilling of defending AA champ Gray Collegiate. This week, OCA is at South Florence, which handed Goose Creek a 53-9 beatdown to open the season.

As the old adage says, “iron sharpens iron,” and Sollazzo brings decades of experience in playing and coaching to his new job at Oceanside, many of those years in Charleston at The Citadel.

Sollazzo played on the defensive line for the Bulldogs from 1973 through 1977, under legendary coach and long-time mentor Ralph Friedgen, and coached at The Citadel under the late Charlie Taaffe.

“He (Friedgen) is without a doubt my biggest coaching influence and I still use the technique that he taught me,” said Sollazzo, who says he still talks often with his former coach. "He introduced me to Power 5 football."

Soon after his playing days came to an end, Sollazzo stepped into a coaching role and returned to The Citadel, where he coached the defensive line from 1989 to 1998.

That D-line helped the Bulldogs to a Southern Conference championship in 1992. The team went to the FCS playoffs twice during this time under Taaffe, who is the winningest head coach at The Citadel.

After 10 years at the Citadel, Sollazzo moved on to work as defensive line coach at Georgia Tech and then Maryland, where he also served as recruiting coordinator.

Overall, he coached in 10 bowl games, helped win two ACC championships, and sent more than 20 athletes on to play in the NFL.

After additional coaching stints in college football, and with his son’s high school team, in the Northeast, Sollazzo learned of the opportunity at Oceanside.

The decision to return to the Lowcountry was an easy one.

“I always knew I wanted to return to Charleston someday, I just wasn't sure when that would be," he said.

Oceanside plays home games at The Citadel’s Johnson Hagood Memorial Stadium, where Sollazzo toiled as a player and a coach.

"It's an unreal experience," he said. "I have witnessed the facilities go through tremendous improvements and being able to coach at the stadium means so much to me.”

Sollazzo believes that elevating his players’ confidence leads to a competitive and hard-working attitude on the field. That's why his mantra is "family and defensive line pride."

EDITOR'S NOTE: The author of this article, Will Warren, is a senior at Oceanside Collegiate.

May River at West Ashley