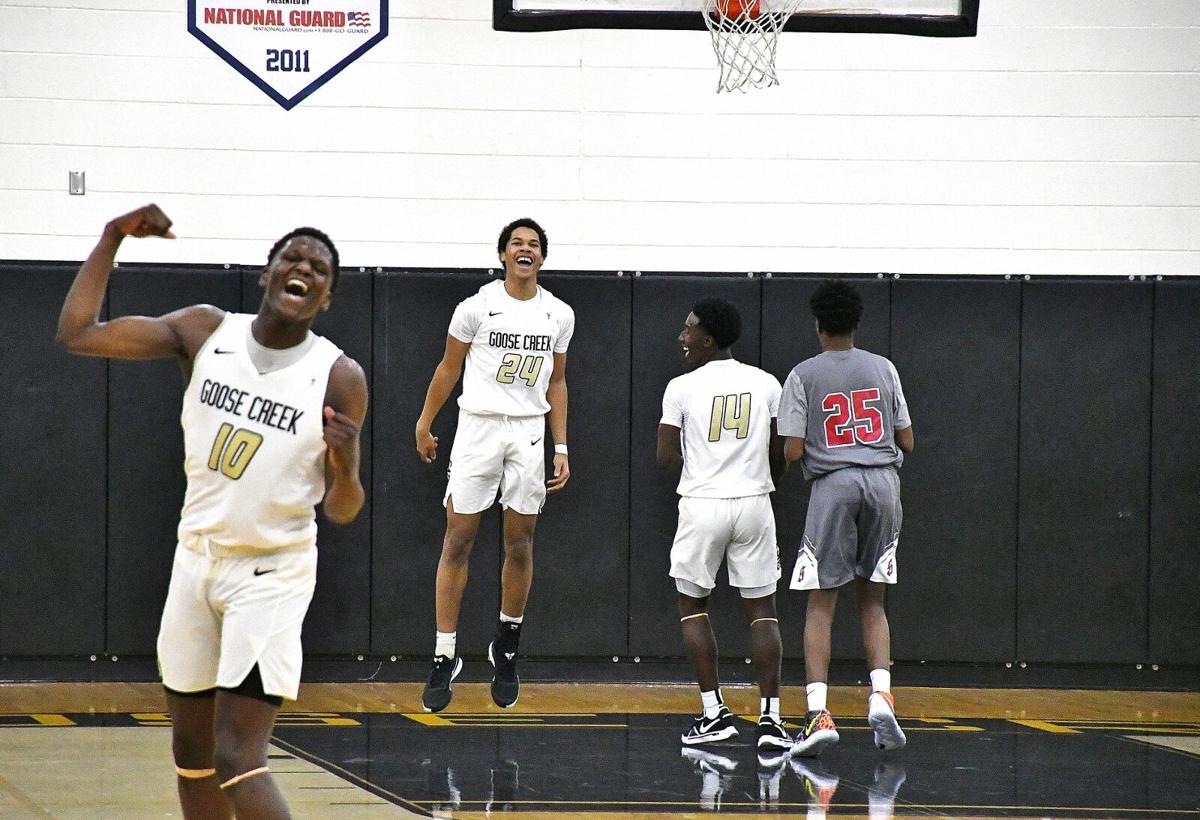 Goose Creek’s Xavion Bennett (10) and Justin Britt (24) celebrate after Britt’s dunk in the fourth quarter against Stratford on Feb. 5. 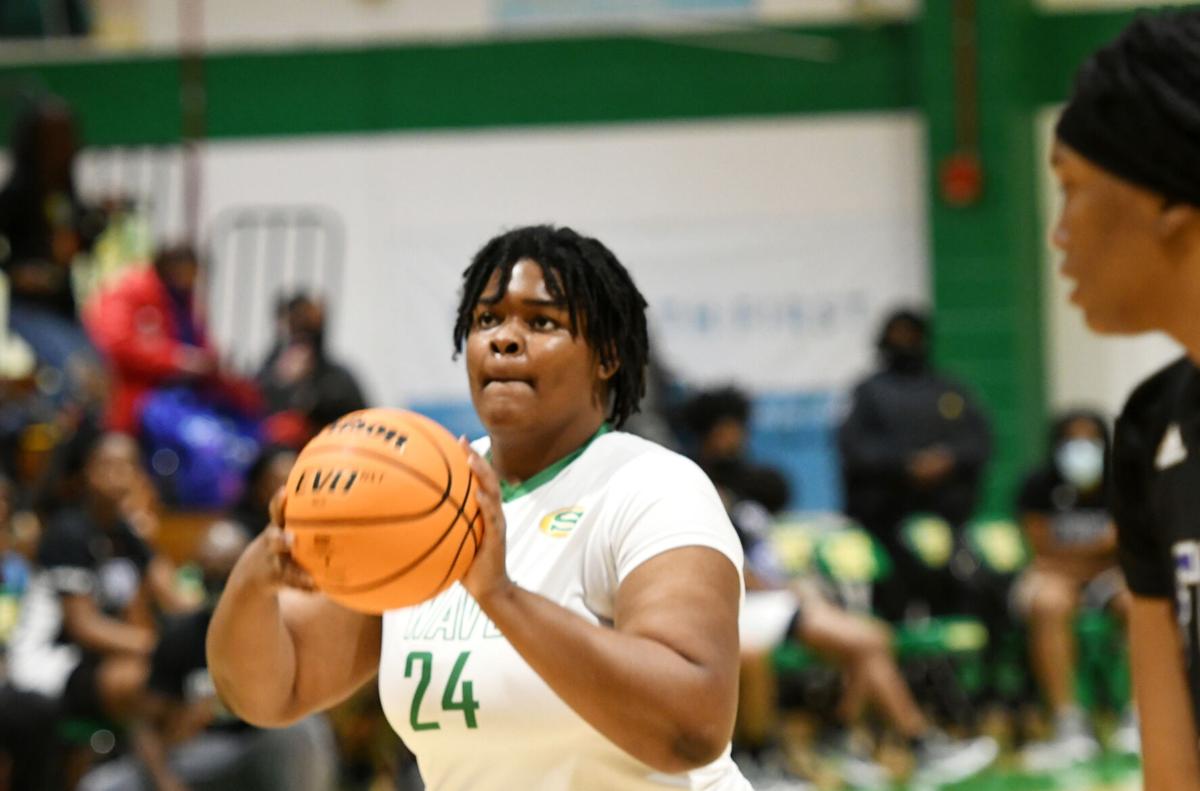 Goose Creek’s Xavion Bennett (10) and Justin Britt (24) celebrate after Britt’s dunk in the fourth quarter against Stratford on Feb. 5.

Despite a crazy two months of pauses and rescheduling, the high school basketball season has made it to the end.

The prep season survived a topsy turvy regular season, due to the COVID-19 virus, but the state playoffs have arrived and state championships will be decided over the next 11 days.

The SCISA state tournament is underway with champions to be crowned on Feb. 27 at the Sumter Civic Center, while the S.C. High School League will use four days next week to decide their titlists at USC Aiken.

On March 6, the AAAA boys title game is at noon, followed by the Class A girls (4 p.m.) and the Class AAAAA boys (7:30 p.m.). There will be limited attendance at all games.

The Summerville girls and Wando girls look to make a long run in the AAAAA playoffs. Summerville (8-0) defeated Dutch Fork 69-22 on Feb. 22, while Wando knocked off St. James 44-33. Both teams will play a second-round game on Feb. 25. Fourth-ranked Summerville visits third-ranked Sumter, while Wando heads to Lexington.

In Summerville’s win on Monday night, Green Wave coach Calvin Davis said, “We had 10 days off and we prepared and practiced hard. They wanted it. I’ve preached to them to dial it in and stay focused, get to the next level.”

Bishop England’s boys and girls teams are top seeds in the Lower State Class AAA playoffs, but both face difficult second-round matchups. The boys team, ranked No.1 in AAA, will host fourth-ranked Marlboro County on Feb. 24 and the seventh-ranked girls will host second-ranked Camden on Feb. 25.

The Oceanside Collegiate boys, ranked third in AAA, notched a first-round win over eighth-ranked Dillon on Feb. 20 and will take on another region champion, fifth-ranked Orangeburg-Wilkinson, on Feb. 24.

In AA, the sixth-ranked Philip Simmons girls team earned a first-round win over Barnwell and will play second-ranked Marion on Feb. 24.

In the SCISA tournament, Porter-Gaud and First Baptist are two strong contenders in the AAA boys playoffs and could end up facing each other in the championship game on Feb. 27.

Northwood Academy’s girls are a favorite to reach the AAA title game, most likely against defending state champion Cardinal Newman.

Cathedral Academy’s boys and girls teams are contenders in the Class A ranks, along with the St. John’s Christian Academy boys.