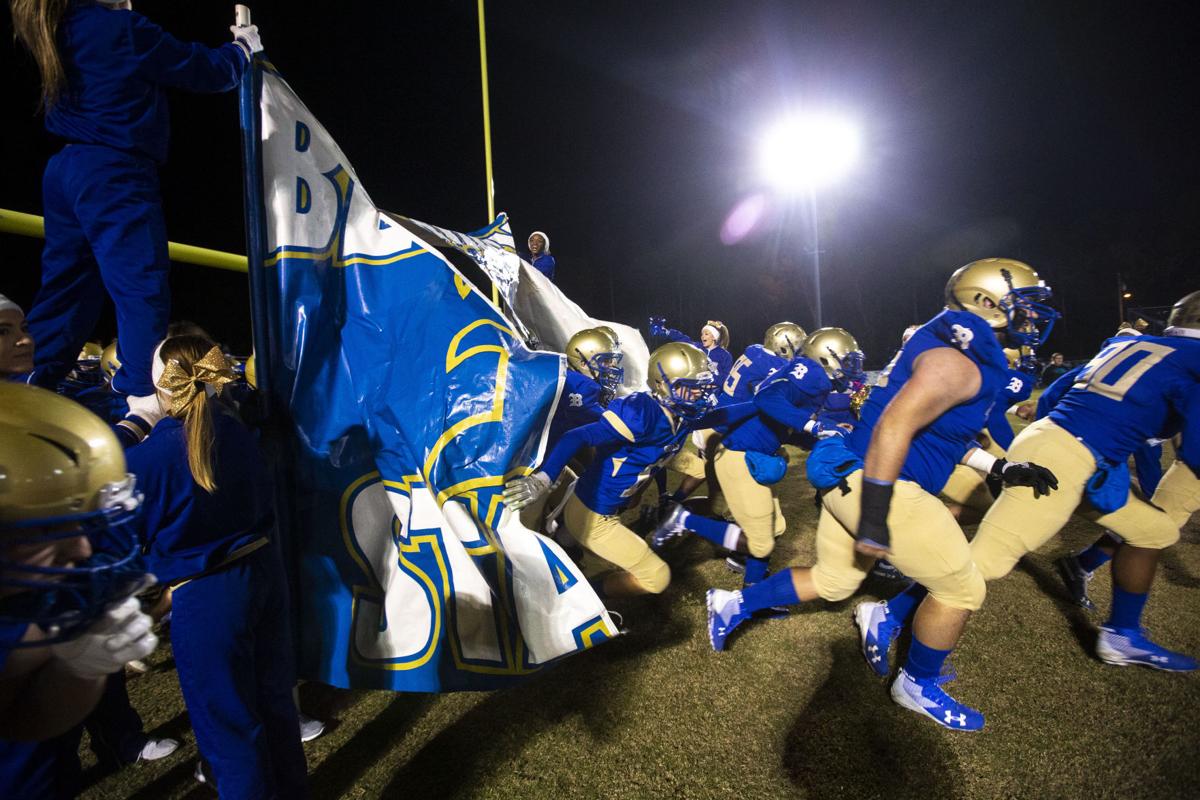 Berkeley is the favorite to win a fourth straight region title in 7-AAAAA this season. File/Andrew J. Whitaker/Staff 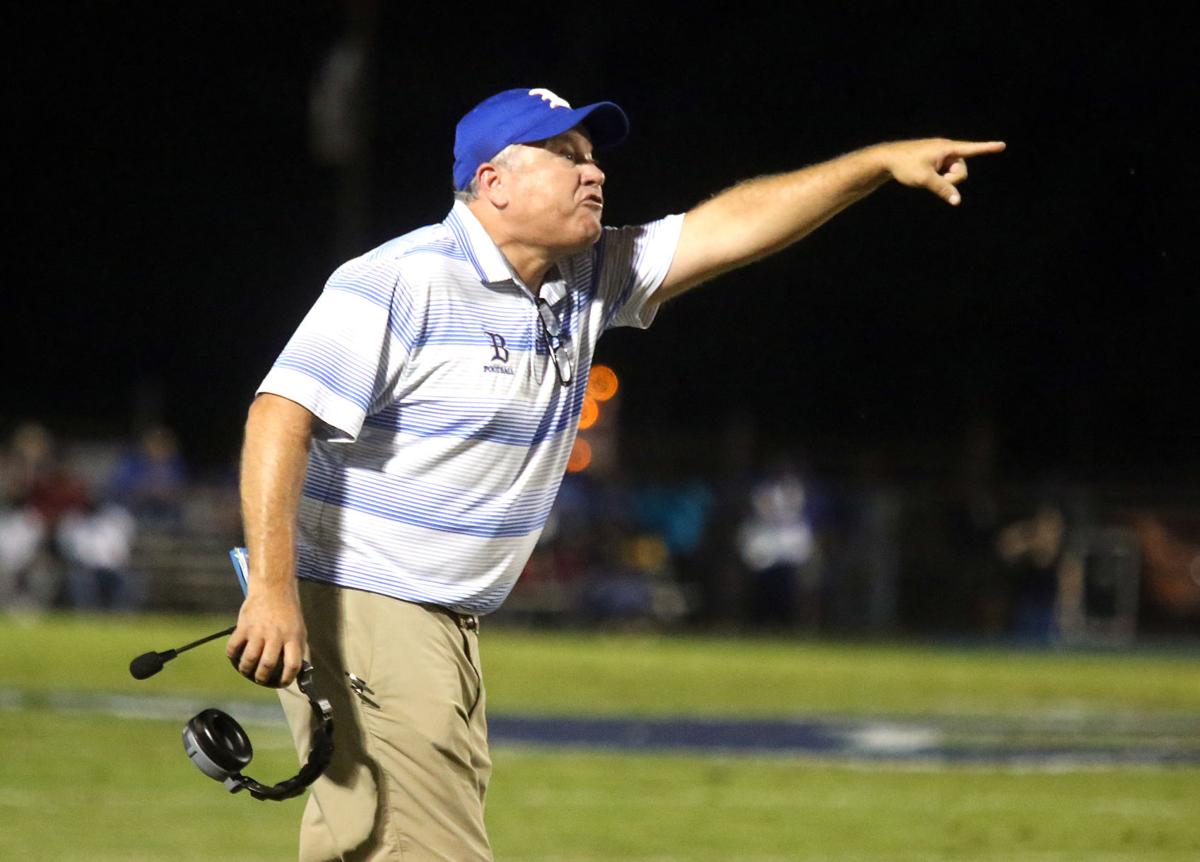 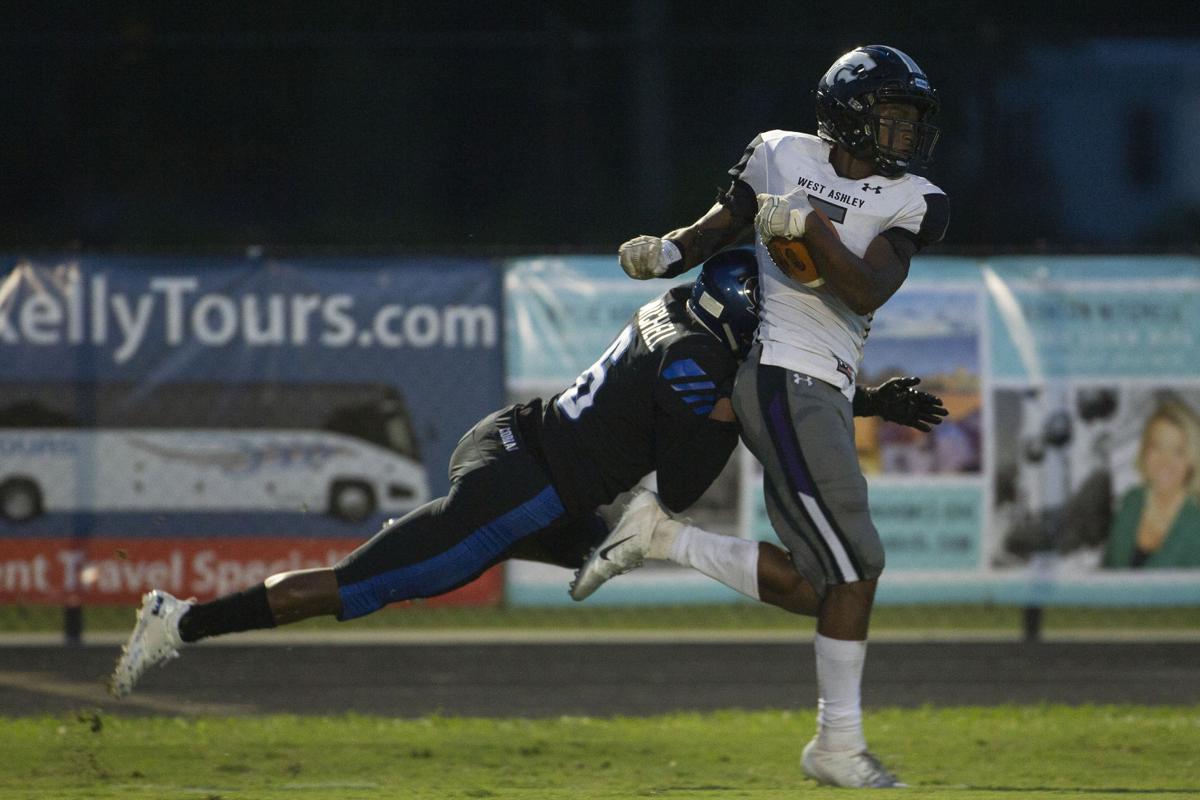 Cane Bay's Jurrien Mitchell (left) is back to lead the Cobras' defense this season. Lauren Petracca/Staff 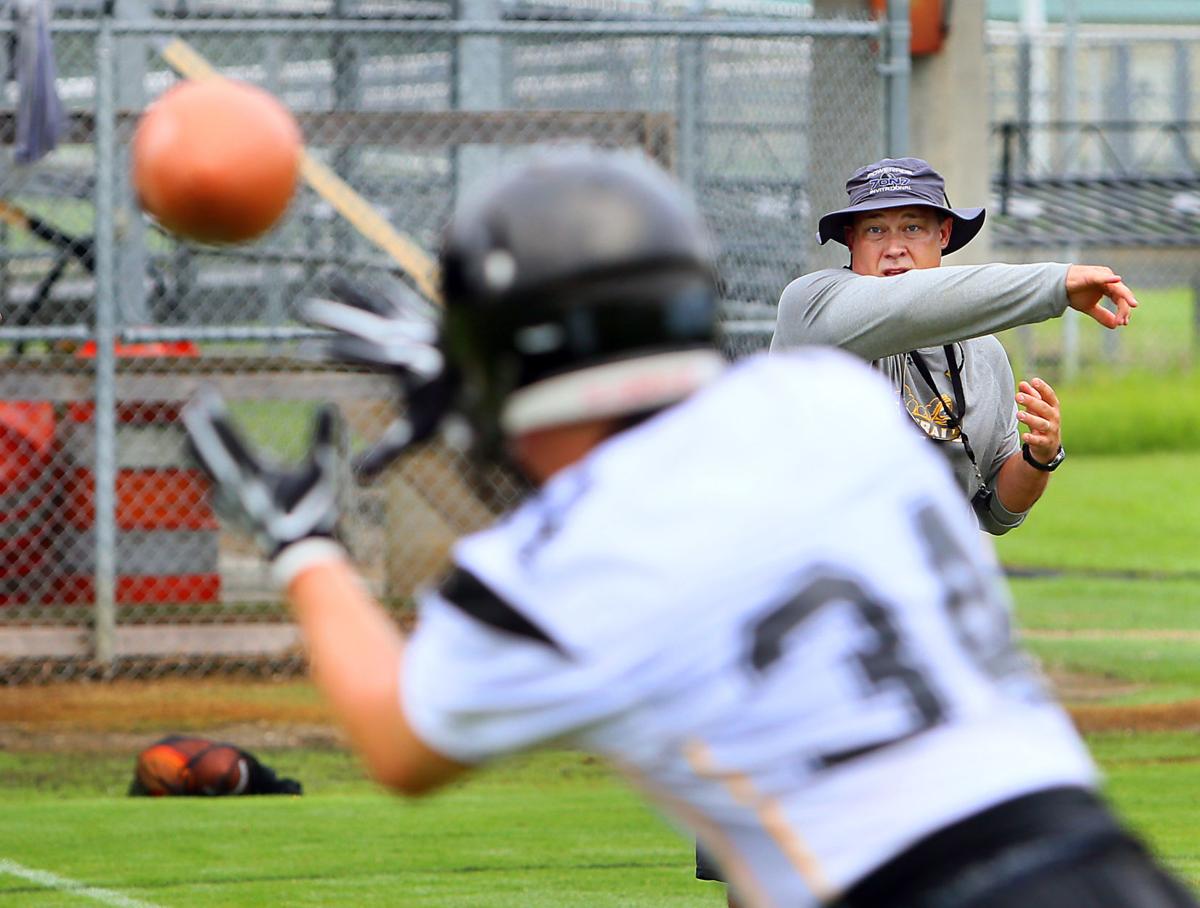 Head coach Jason Winstead is back for his second season at Goose Creek. File/Wade Spees/Staff 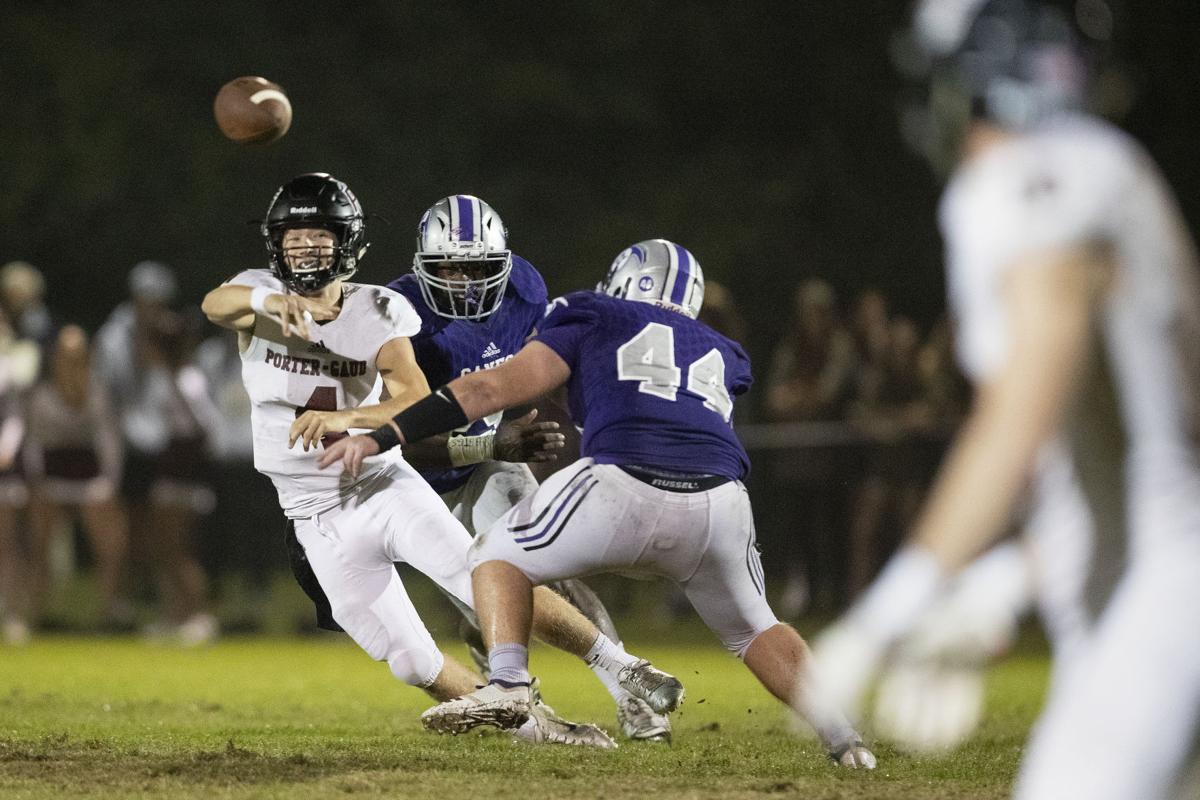 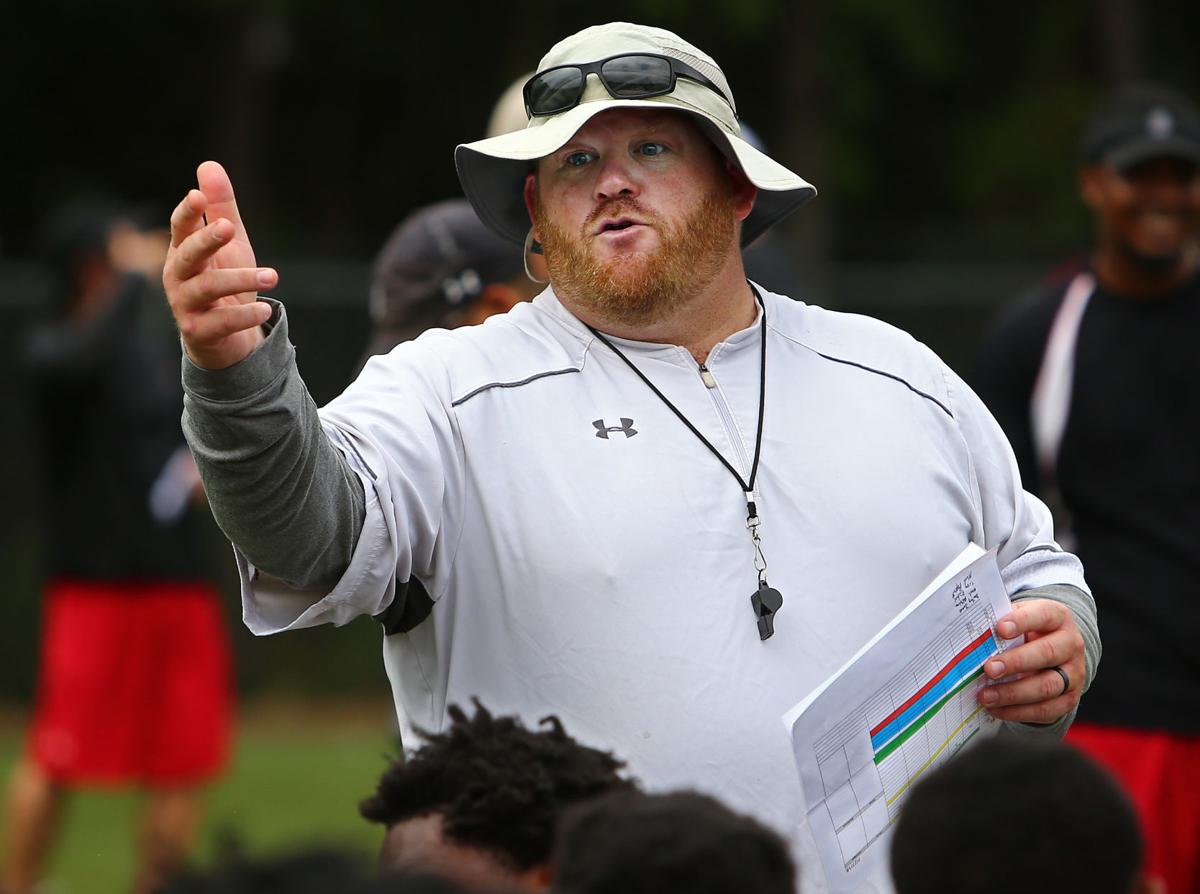 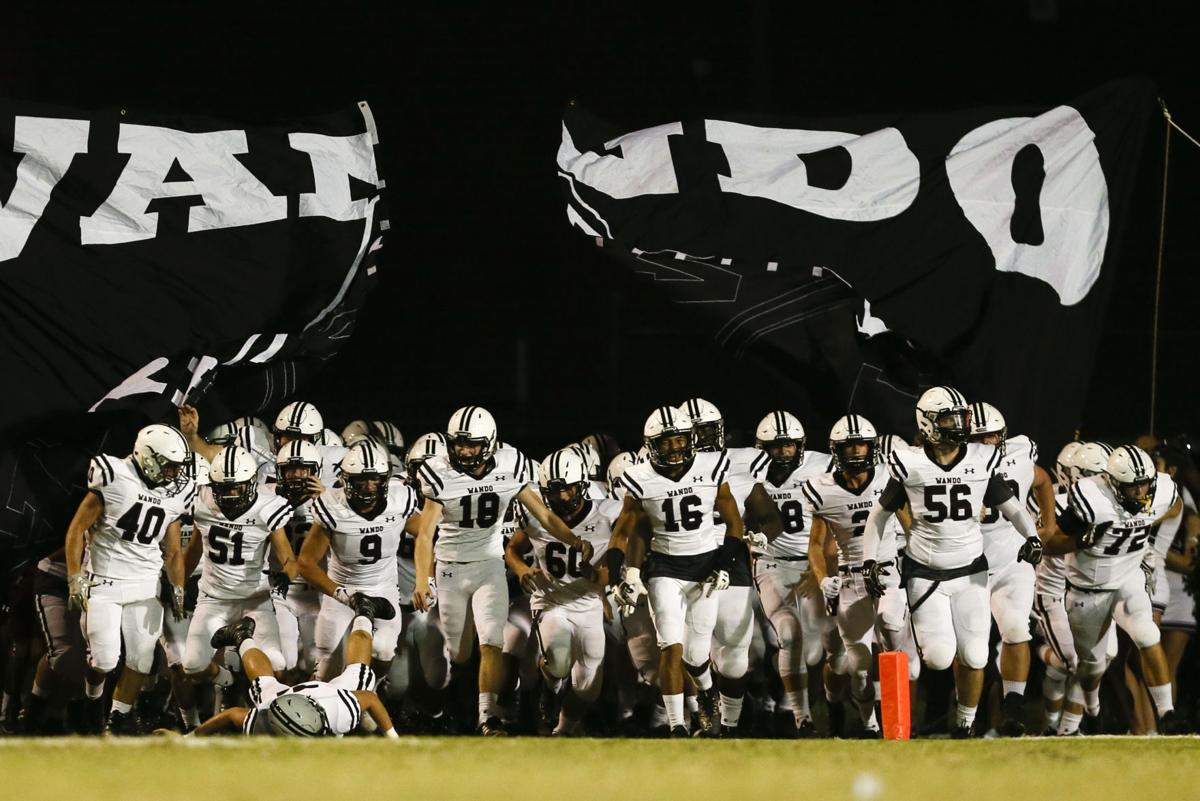 In each of the previous three football seasons, the Berkeley Stags were solid favorites to win region titles and did not disappoint.

The three-time defending Region 7-AAAAA champions are the likely pick to win the title again, but the 2019 season could be a much more competitive race. Stags coach Randy Robinson has not had to replace the number of star players in his previous three seasons that he must replace this fall. While athletic, the Stags will be much less experienced offensively.

Sunday: Top 25 players of all time in Charleston; SCISA and Region 4-A previews

Second place in the region is a wide-open race, with several teams capable of making a run at Berkeley. Goose Creek returns 15 starters and should be a solid team, especially on offense.

Wando also will be improved offensively and has been a tough defensive team in recent years. Cane Bay and Stratford need younger players to perform at a varsity level, while James Island may be improved but lacks overall depth.

WHAT TO KNOW: Gone are two top receivers and a two-year starter at quarterback, but Berkeley will have quality younger athletes stepping up ... The offensive line should be a strength, led by center David Martin and tackle DeAndre Ferguson ... Receivers Solomon Butler and Hakeem Meggett will be the primary targets for new quarterback Willie Chisolm ... Senior linebacker Jake Dunn anchors the defense, having led the team in tackles in each of the last two seasons.

WHAT TO KNOW: The Cobras return seven starters, but only three on defense ... Safety Jurrien Mitchell and tackle Lateef Sharpe are the most experienced defenders ... Cameron Curry and Malachi Jones return to lead the way along the offensive line ...  Sophomore Xavier Mitchell-Brown appears poised to take over at quarterback after getting some time in as a freshman ... Leon Staley is the top returning running back in the option attack.

WHAT TO KNOW: The Gators have a chance to be one of the area’s most improved teams if they can find consistent help along the defensive line ... Aside from the line, Goose Creek will be better in every area ... Senior Manny Mukaumu returns at quarterback, along with receivers DJ Matthews and Damon Mouzon ... Three starters return along the offensive line, led by sophomore prospect Jayden Johnson (6-4, 300) ... The secondary will be a strength defensively, anchored by junior safety Melvin Ravenel and senior Devante Pryor ... Ravenel has an offer from Georgia Tech.

WHAT TO KNOW: The Trojans have been competitive but have not been able to get over the .500 mark in several years, since a 6-5 record in 2014 ... The last four seasons have produced a total of 10 wins ... Quarterback Gunnar Nistad returns to James Island for his senior year ... Nistad played at Porter-Gaud last season and threw for more than 2,700 yards ... Porter-Gaud head coach Rick Reetz is the new offensive coordinator at James Island, so the passing game should be effective ... Jaden Scott is one of the top junior receivers, while linebacker/end Quavon Frazier will be a key leader defensively.

WHAT TO KNOW: McDaniel will look to some younger players to step up this fall as the Knights replace several key seniors ... Junior receiver Damarius Anderson will be a major threat in the passing game, with Josh Davis taking over as the new starter at quarterback ... Center Thomas Blackmon is the lone returning starter along the offensive line ... Anchoring the defense are returning senior end Nick Barkley and returning junior linebacker Mason Lord.

Oceanside must go through Timberland in Region 6-AA football

WHAT TO KNOW: The Warriors, like Goose Creek, could be one of the more improved teams in the area ... Senior receivers Maken Glover and Dillon McCarthy will be factors offensively ... Noonan feels good about the depth at quarterback, a problem area a year ago ... Senior Andrew Bobby returns from a knee injury and is one of several that could see time under center ... Will Harris is the top returning running back, but the offensive line will need to find chemistry with several new starters ... Wando lost several key contributors defensively, but look to safety Will Pickren, linebacker Jake Fletchen and tackle Ray Rivera to be solid leaders.

WHAT TO KNOW: The Cougars look to be solid offensively with the return of quarterback Edwardian Stansil, who threw for more than 1,500 yards and 18 touchdowns last season ... Multipurpose athlete Trakell Murray, who accounted for scores via the passing and running game, also returns offensively ... Senior Fernando Leyva and junior Ian Shark return as starters up front ... Seniors Jaheem Black and Jaccare Stevens are returning starters at linebacker while senior tackle Malcolm Green anchors the defensive front.